Now that I've shown you the highlight of my visit to Niagara Falls, all the rest is less exciting, but I enjoyed it, so hope you will too.  First up is the Niagara Glen, an area on the Canadian side where the slope into the gorge is a little gentler, and there are trails down almost to the water's edge.  We went here when I first arrived, in late afternoon. 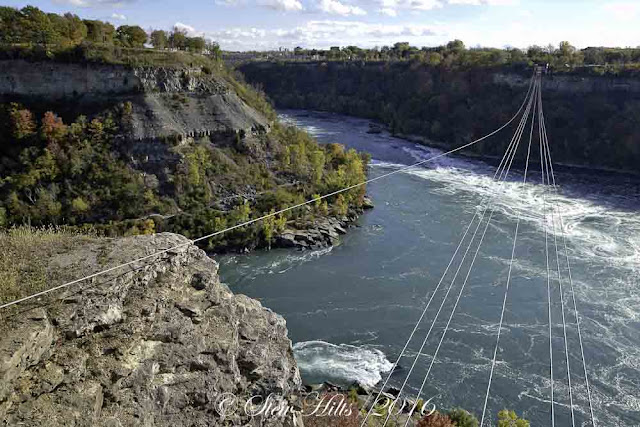 We drove up the parkway from Niagara- on-the-lake and stopped at the whirlpool viewpoint, before you get to the city of Niagara Falls.  This part of the river is all free to see, though if you want to ride the rickety old gondola that hangs from these cables, you need a ticket.  The cable car is entirely in Canada; the point of land on the left is the U.S. 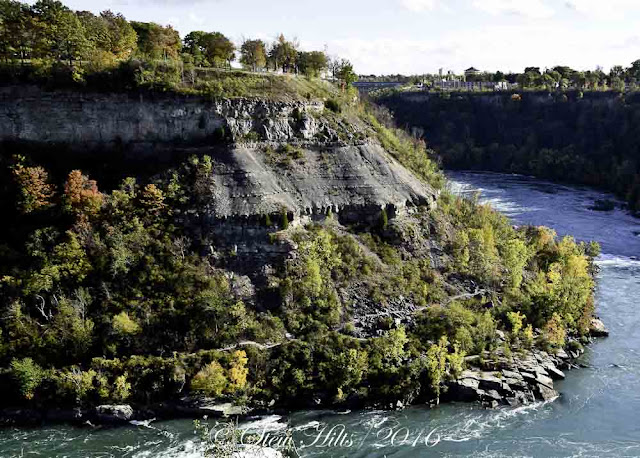 The geology is obviously very interesting, and easy to see, especially from the Canadian side.  In fact the Niagara Gorge is one of the most studied geological sites on the continent, and epitomizes the Niagara Escarpment.  You can also see a riverside path here. 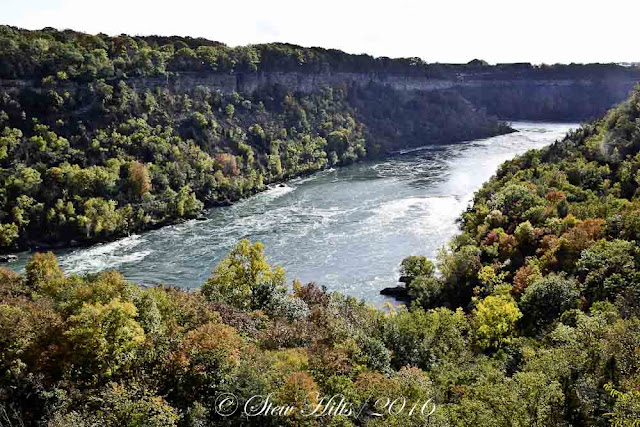 After a short look and a few pictures there, we headed back downstream to the Niagara Glen Nature Reserve access point, again a free attraction.  Here we're looking back upstream toward the whirlpool in the corner. 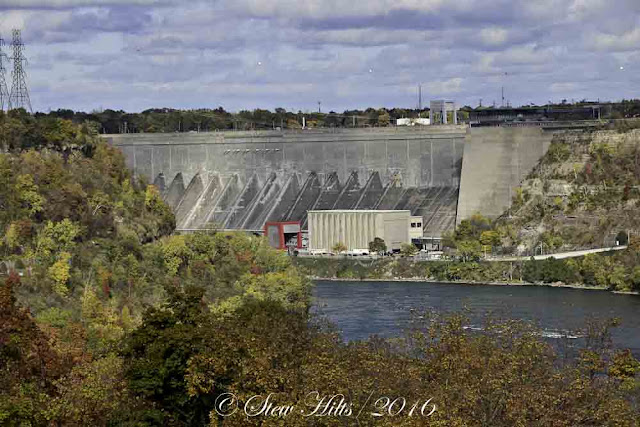 Looking north, you see the gigantic Robert Moses power plant on the U.S. side.  I couldn't get a picture of the Canadian power plants of course, without going to the U.S.!  They're opposite one another on the river. 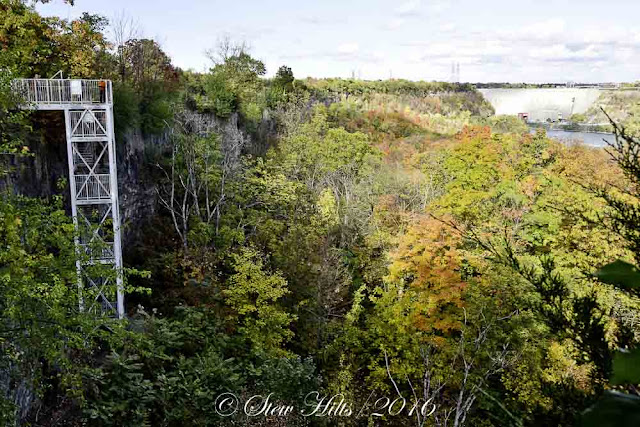 The Glen is accessible by a short stairway, which took us straight down to the base of the top geological layer, below. 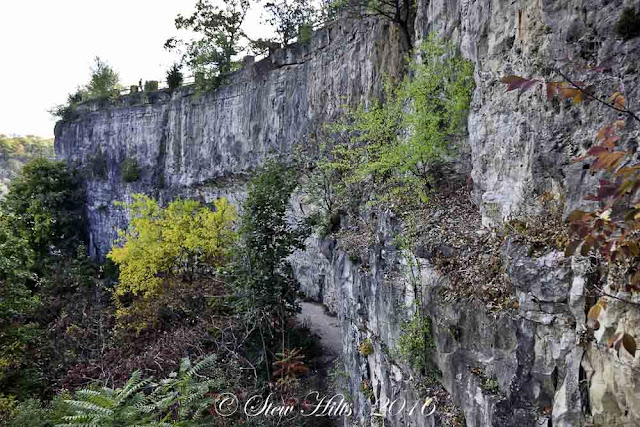 I'm half-way down here, looking at the vertical face of the Lockport Dolomite, the 'caprock' of the Niagara Escarpment in this area.  There's an easy path along the base of this cliff. 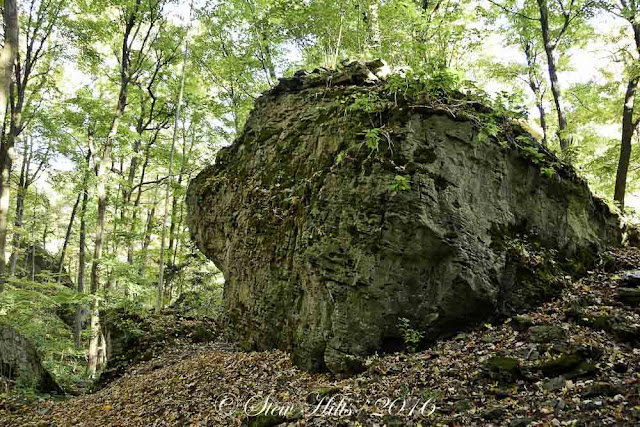 After that it stops being easy, and is a rocky scramble, though there is evidence of a trail and even some steps built of rock here and there.  Notable are these huge boulders, which have fallen as blocks off the Lockport formation, an unusual feature along the gorge. 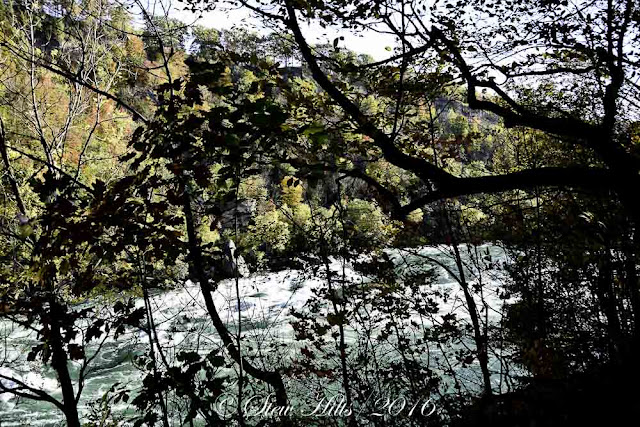 Soon we were getting down far enough to see the river through the trees, and here it roaring. 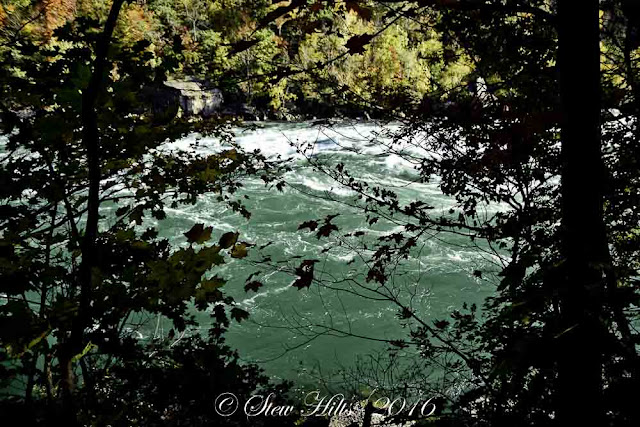 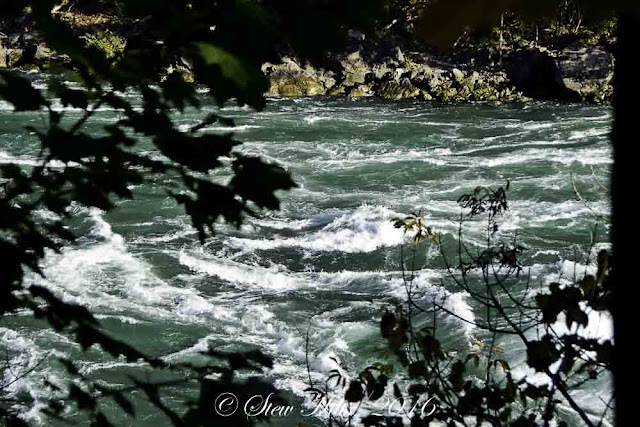 When we got down close I took picture after picture, even though none of them are good!  I could have stayed there for a long time just watching and listening to the water. 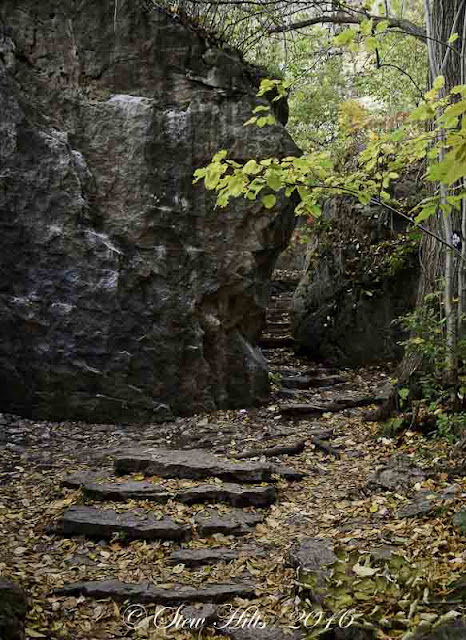 Then we had to find our way back up.  In places like this it was easy, but do you think we could reverse our tracks without getting turned around?  Not a chance; we got down the wrong trail several times and had to backtrack. 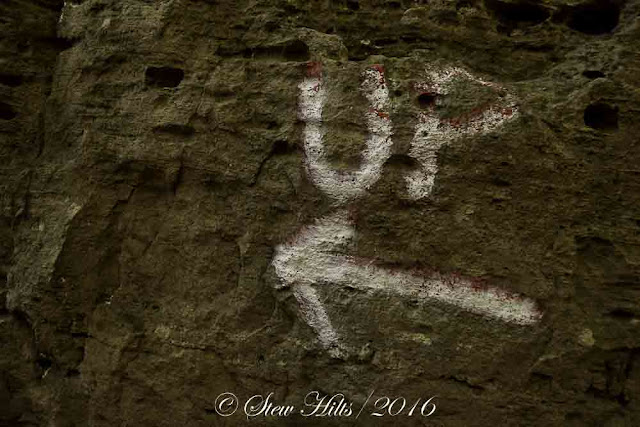 Obviously other people had got frustrated on previous trips too, and put up their own directions! 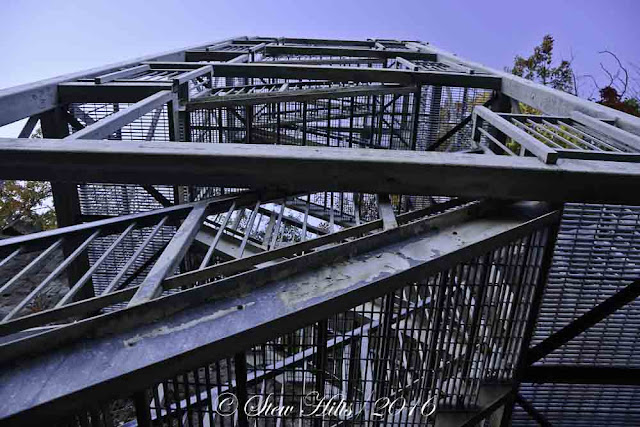 But it didn't take us long and we were back at the foot of the stairs.  Just up all those steps and we headed home for a delicious home-cooked meal.  A good start to my visit.