During the early fall, the salmon run back into the rivers on this part of Georgian Bay, and can be easily viewed in Owen Sound and Thornbury.  Now these aren't the dense enormous populations you might see in Alaska, but never-the-less, it's a very interesting thing to watch for here in the fall.  So a friend and I drove to Owen Sound last week to see what we could find. 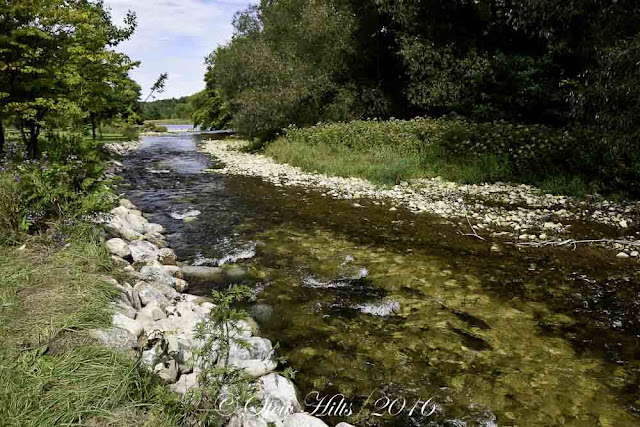 Owen Sound advertises a 'Salmon Tour', with several places around town where you can see the salmon.  Here in Harrison Park is the best spot.  With open parkland you can walk along the river, or stand on the bridge, and watch the salmon work their way upstream.  You can see 3 in the lower right channel in this picture. 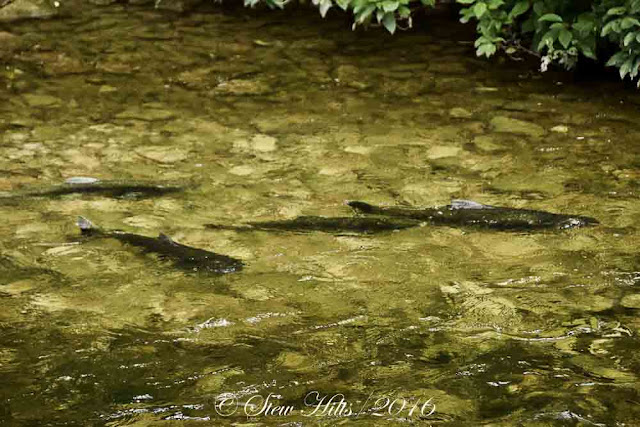 These are Chinook Salmon, a Pacific species, widely introduced to the Great Lakes in the 1970's to control the then overwhelming Alewife population, and they've adapted very successfully.

The Sydenham Sportsmen in Owen Sound run a fish hatchery, and release half a million tiny salmon here each spring.  The fish spend 3-4 years out in Georgian Bay, and then return to spawn, completing a natural life cycle, even though they are stocked fish.  And they provide great fishing in season!

I've seen the salmon for several years since we moved up here, but I never noticed the Vultures before.  I happened to look up and there were several circling overhead! 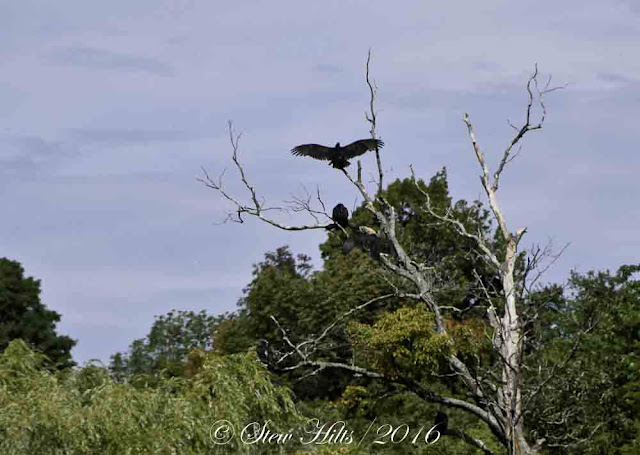 I looked downstream, and there was another, sunning its wings on top of a dead tree with another sitting just below it.

Then the little fading brain cells connected and I realized, of course, the salmon die after spawning, and the Vultures are here to clean up the remains, all having a good feed while recycling all those nutrients!

So we wandered downstream, and soon spotted several of the Turkey Vultures on a gravel bar in the river, two of them engaged in ripping apart salmon carcasses. 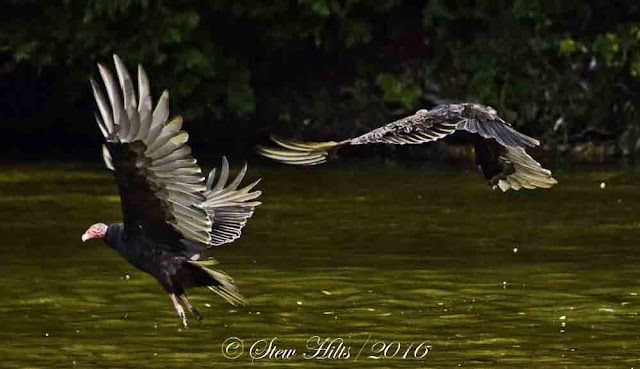 Then someone ventured too close and they rose.  I thought this totally lucky picture was actually rather good.  In spite of their ugly visage, they are one of the most graceful of birds when flying.  and their featherless head is of course an adaptation so they won't get their feathers dirty when plunging their big hooked beak into a dead carcass!  A beneficial purpose for an ugly face! 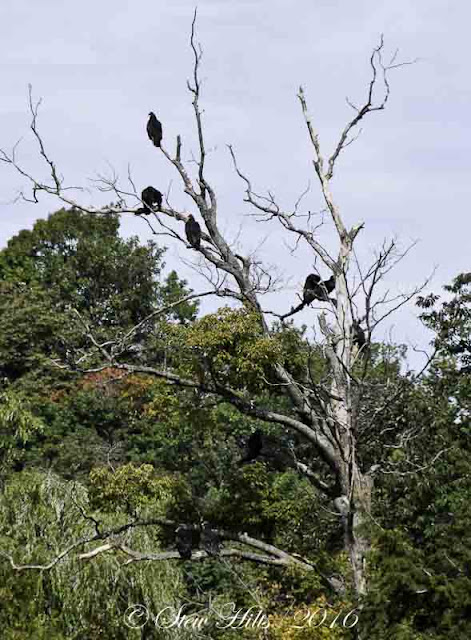 Soon they were all sitting in the dead tree downstream always.  I counted 9 vultures in this picture on the computer screen - can you find them all? 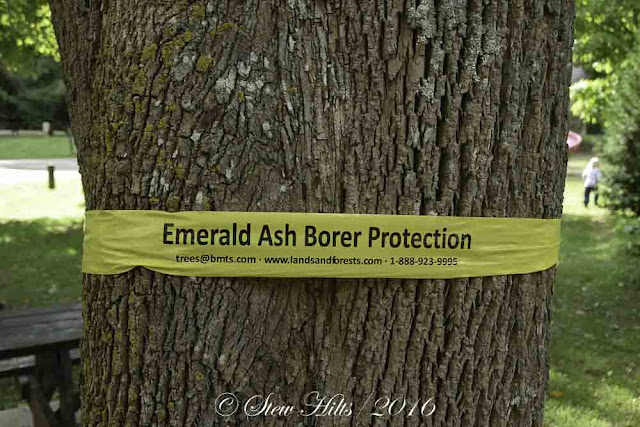 Before heading home we walked down through the park to follow the tiny Weaver Creek, where the salmon spawn, and the park's campground is located.  We spotted four big White Ash trees with these tapes around them.  And down at the base of the tree, there was a ring of tiny holes about 4" apart where the chemical to prevent Emerald Ash Borer infestion had been injected into the trees.  An expensive preventative, but perhaps worth it for these big trees in a campground. 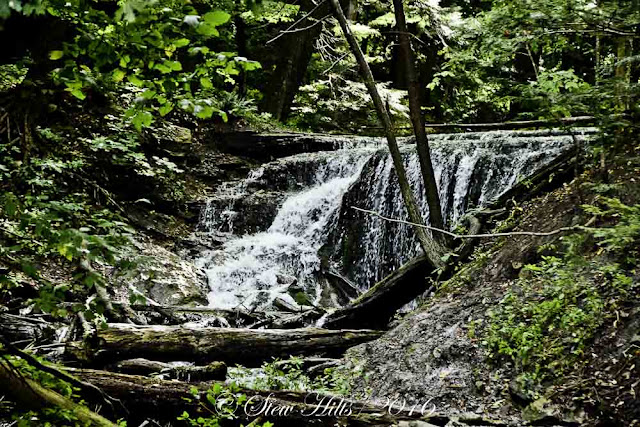 We followed the creek all the way up to Weaver Falls, a small waterfalls, but one that blocks the salmon.  The Sportsmen's group takes fish out at the fish ladder downstream at the mill pond, and uses those to get the eggs for raising young salmon.  The hatchery is located further upstream on this little creek.

An interesting day checking out the salmon!