What I really want to share this weekend is the fall colour, but let me get this tractor parade out of the way first!  It was really neat to stand by the fence and watch all those old tractors parade into the field, most of them representing so many hours of work by their owners. 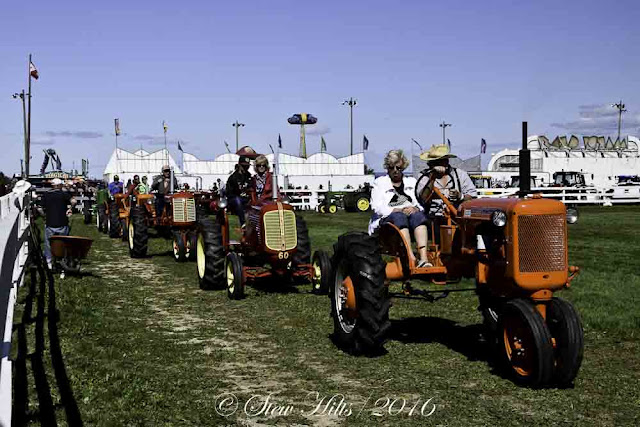 The tractors came in pretty slowly at first. 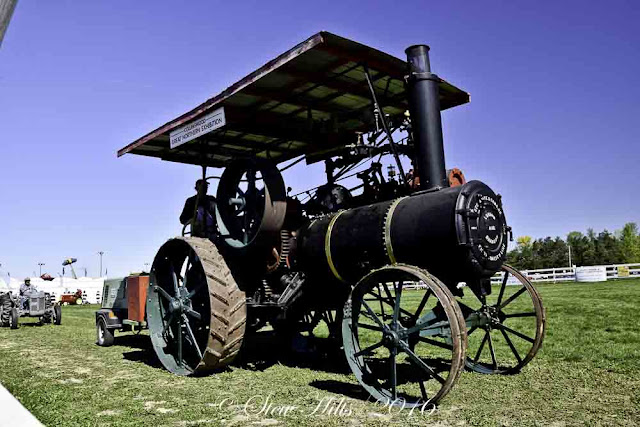 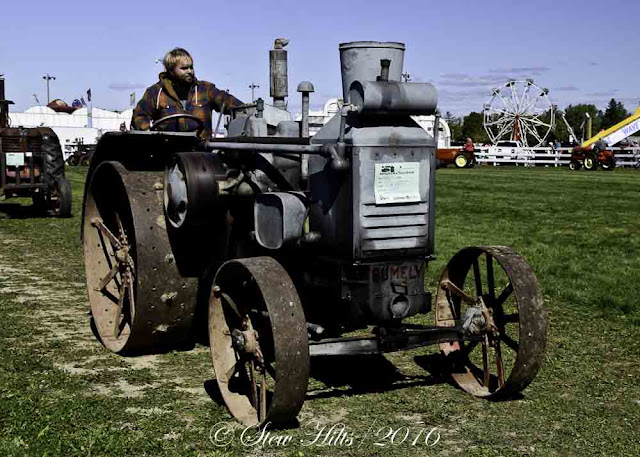 This one was a pretty noisy and old contraption too. 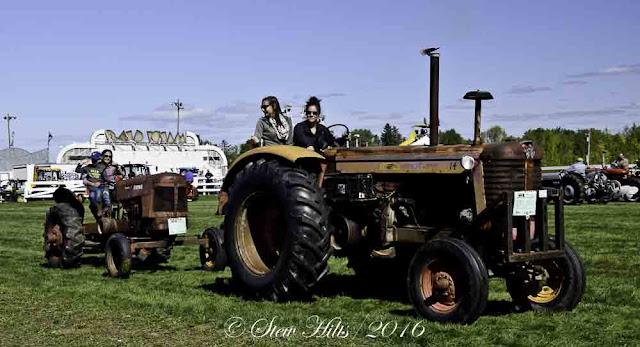 Obviously a few of these old tractors were at an early stage of restoration; they were running, but still need a lot of work!  I guess that's the challenge for the owners. 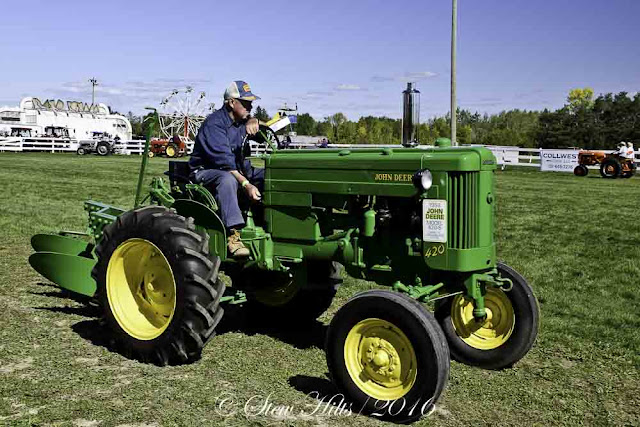 But others, though small compared to today's monsters, wouldn't look out of place in a field around here.  John Deere is one of the biggest makes still in use here.\

As the parade continued, the first tractors formed a second inner circle, and then a third circle.

I was a noisy but very interesting field full of old tractors by the time they were finished!  But fun to watch.