As I mentioned awhile back, two weeks ago we headed north in our little camper van to try it out, heading for a visit with my sister at a cottage west of Algonquin Park.  It's nearly a 4 hour drive, and I was really pleased with how easily the van drove first of all.  There's no comparison with towing a camper trailer. 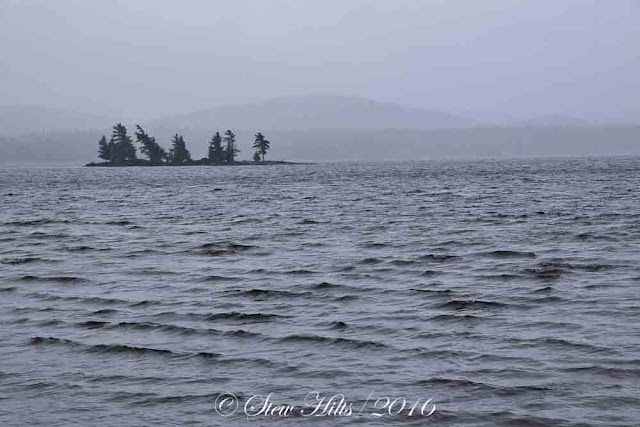 It rained on and off the entire trip, and was still raining when we got there.  The clouds were low, and the lake was closed in.  But I think every lake in cottage country has a 'Blueberry Island'! 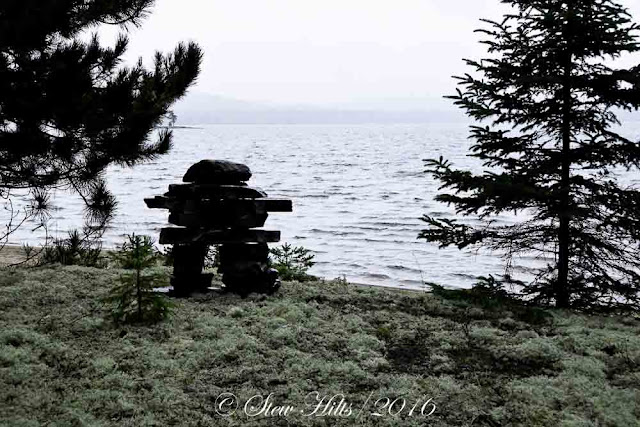 The family Inukshuk sat in a patch of Reindeer Moss looking out over the lake.  This was new since we'd been there last, probably two years ago.

Driving in, there were lots of rounds of wood piled along the lane.  The big White Spruce grow fast in the deep sand here (it's called Sand Lake), but they don't live long.  And they start to lean as they get older, sometimes crashing down and potentially taking out the hydro lines. 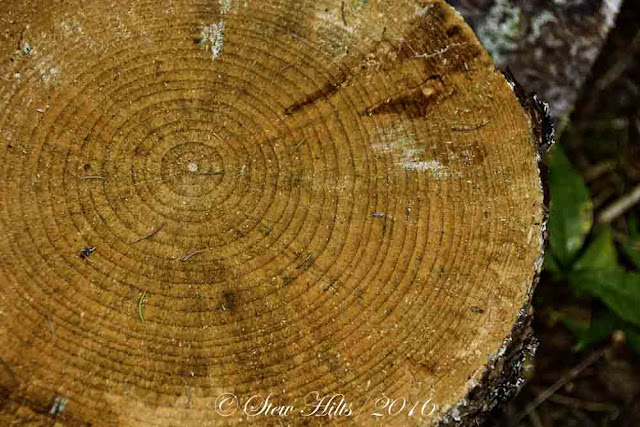 So a fair bit of tree felling had been going on, and I could have counted tree rings for a long time.  If you look at this one, you'll see it's quite young for a trunk a foot thick.  some growth rings are over a 1/4" wide! 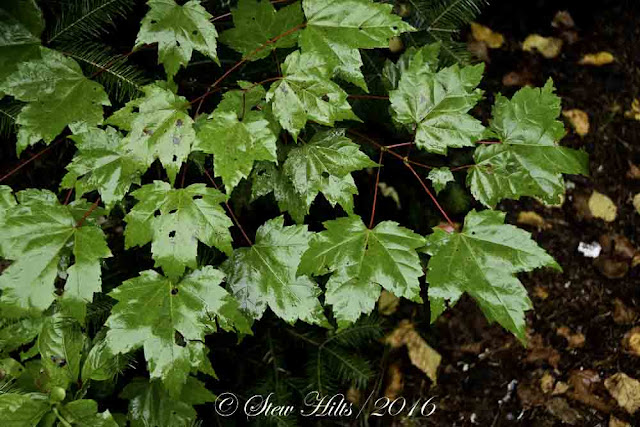 I ventured out in spite of the light drizzle, at least down the lane. 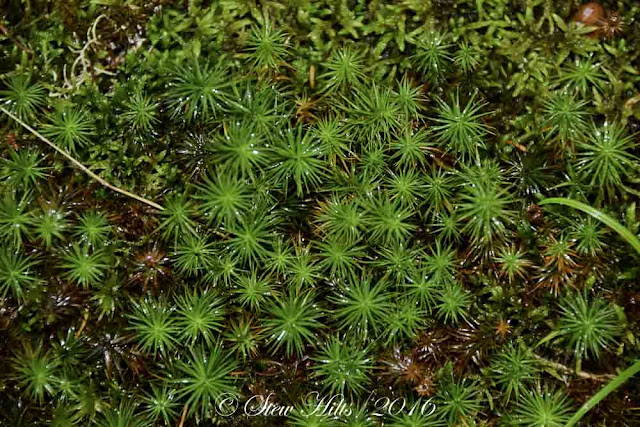 A lot of the forest floor is moss, here sparkling with tiny water droplets. 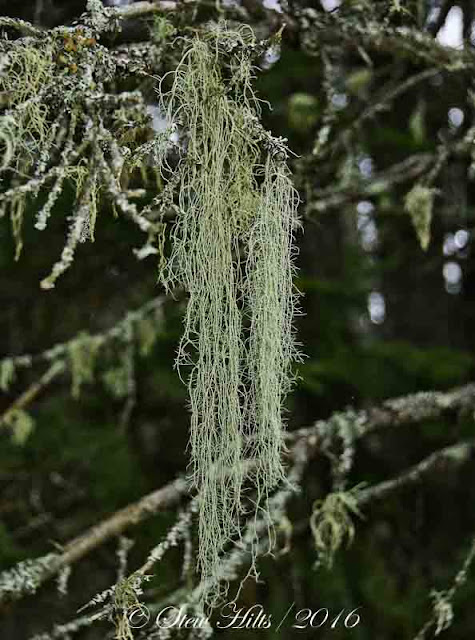 There was lots of lichen, this one my favourite, the Old Man's Beard. 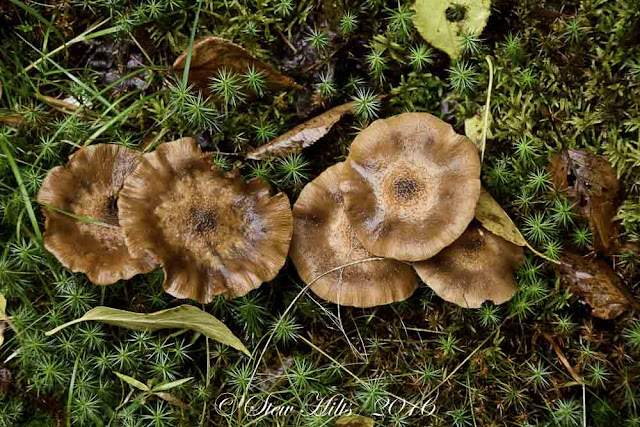 And lots of mushrooms too.  I'll share some more of both over the next few days. 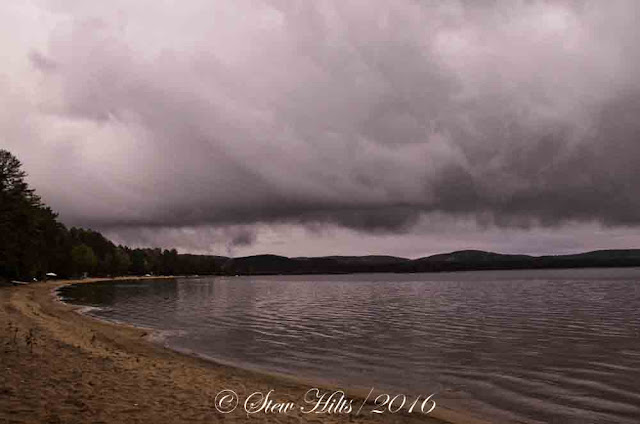 By late afternoon the rain had stopped, though it remained dark and dull. 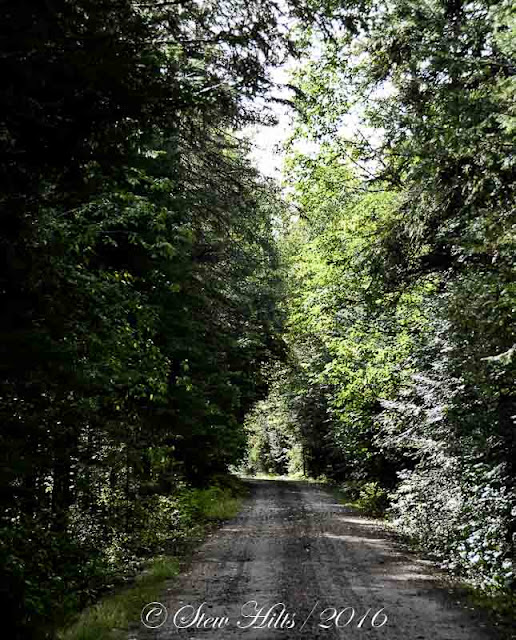 But the next day it dawned sunny and I got out for several walks one direction or another, all through familiar territory - we first came here about 40 years ago. 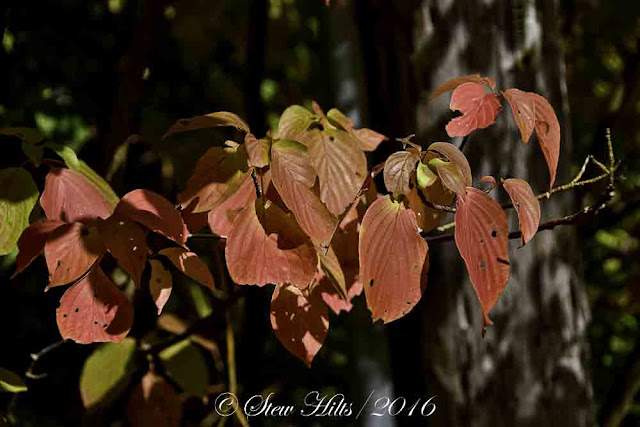 There was very little colour yet, only a few individual leaves like these dogwoods. 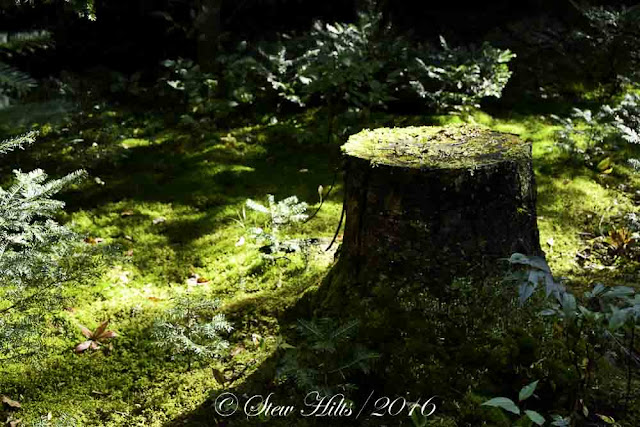 I noticed the top of this old stump glowing green in the woods, but by the time I got my camera, it had lost half its sunlight. 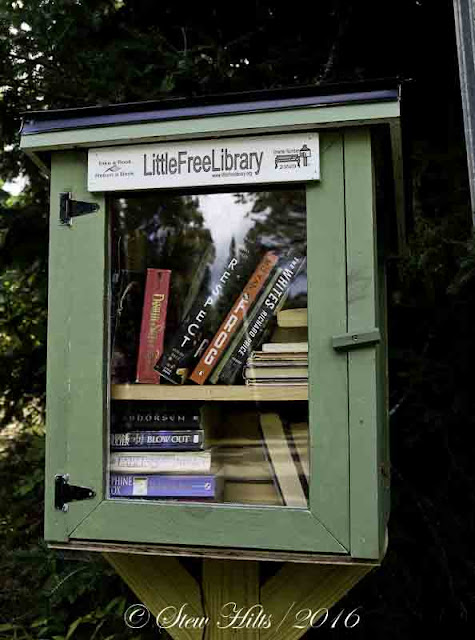 I even found my first Little Free Library!   Must be some dedicated readers among the summer cottagers on the lake. 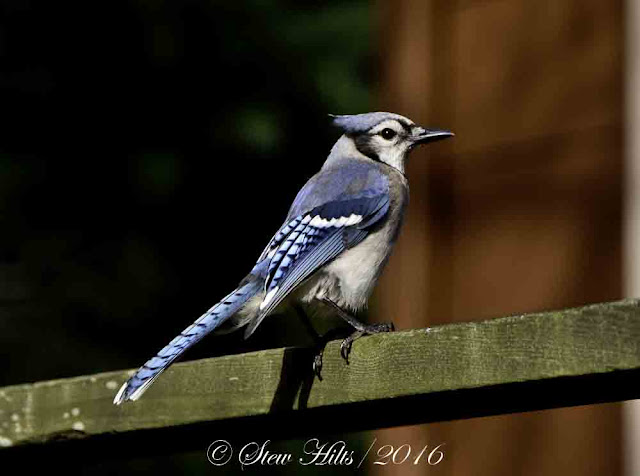 My sister feeds the birds when she's there, so I spent quite a lot of time and a lot of wasted pictures trying to get some clear shots.  I'll share some of those too. 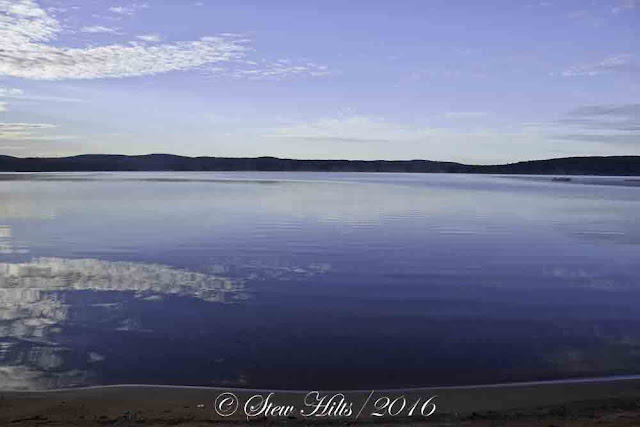 By the day we left to come home the lake was beautiful, calm clear and sunny.

And our camper van worked fine - the driving, the electrical systems, and the sleeping arrangements.  We didn't test the water on this trip, sitting right beside the cottage with its comforting fireplace as we were.  Turned into a nice, if short, northern adventure.
Posted by The Furry Gnome at 7:50 PM