The North Woods after a rain in late September is a garden of mushrooms.  I lost track of how many I saw, and gave up on trying to identify the species.  Decided to just sit back and enjoy these creatures of the northern forest. 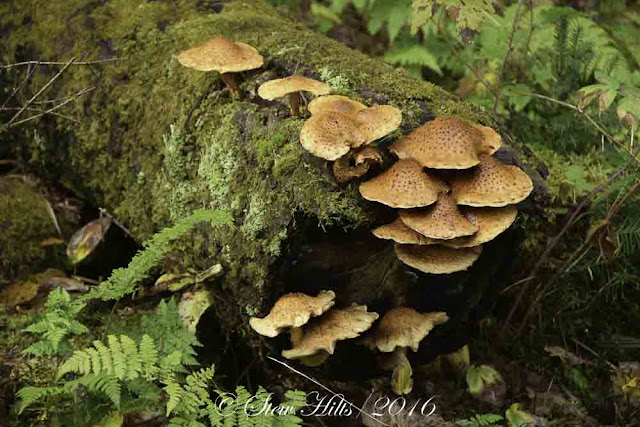 I naturally gravitate to close-ups of mushrooms, but sometimes the context, the old mossy log and a few ferns, the brown against the green, makes an even better picture. 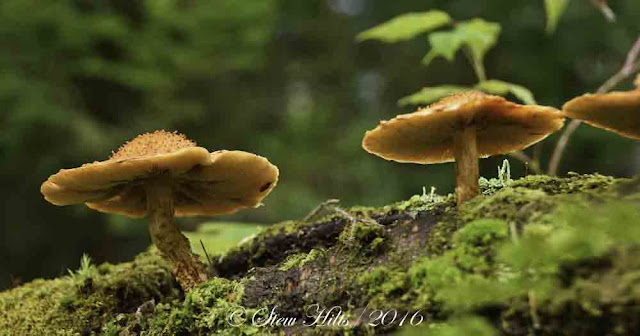 Rather than sprawl across the wet forest floor, I attempted to use the swinging viewfinder on my camera, with the digital screen view, to get a picture looking upwards at these mushrooms - not very successfully I'm afraid, but an interesting viewpoint. 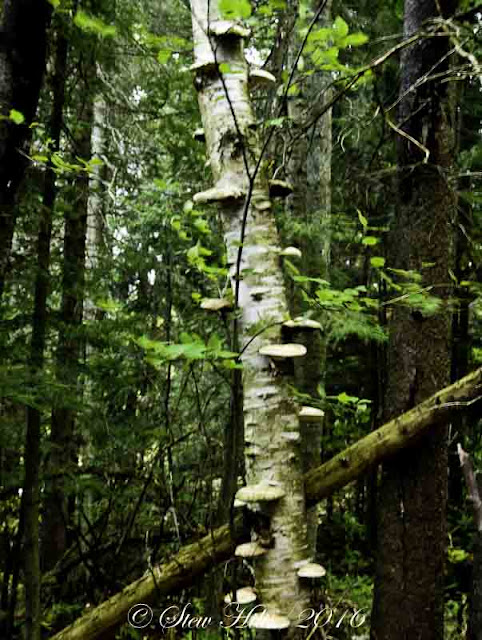 This White Birch tree is somehow still standing, but it's days are undoubtedly numbered! 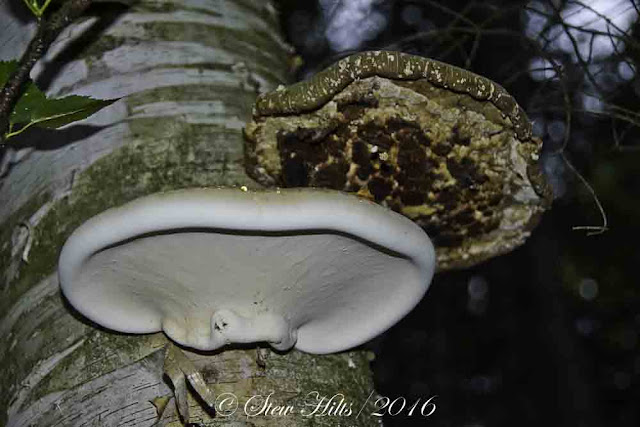 Looking up here I used a fill in flash rather than an extra high ISO to light up the bracket fungus. 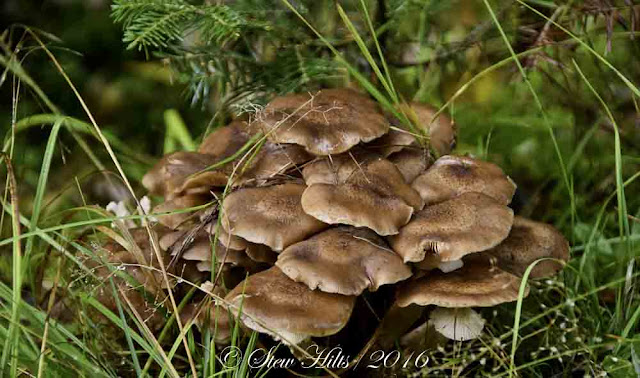 Just a patch of brown mushrooms in the grass. 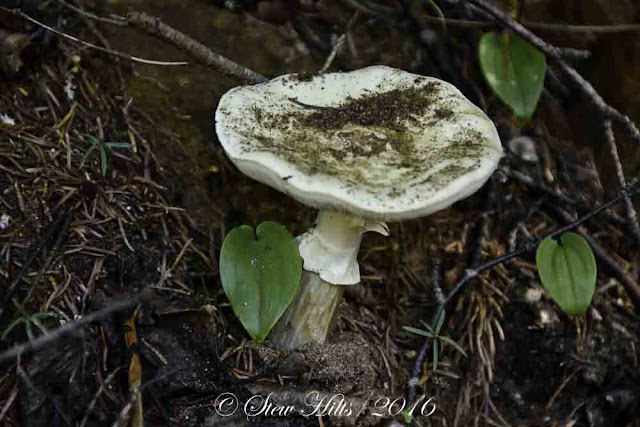 This one reminds me of the Deadly Amanita; maybe it is.  My rule of thumb is not to eat any mushrooms you don't buy in a store! 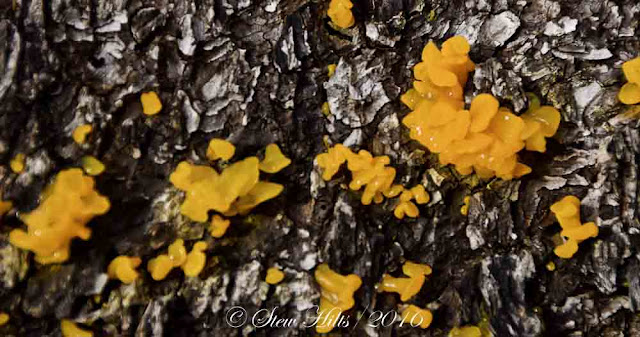 An orange jelly fungus on a fallen Spruce log. 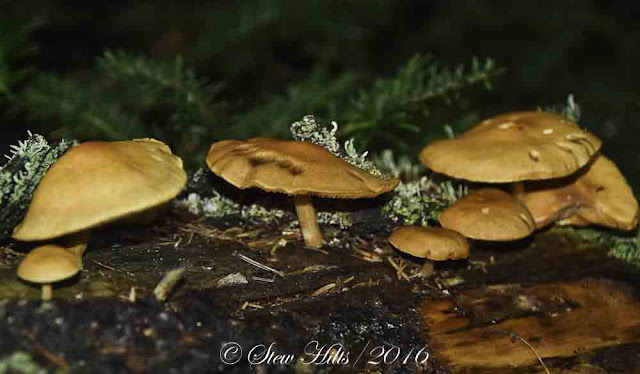 Another use of a fill-in flash to brighten these toadstools in a dark corner. 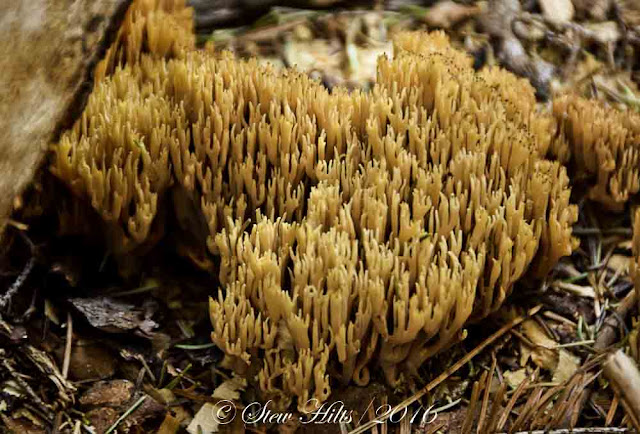 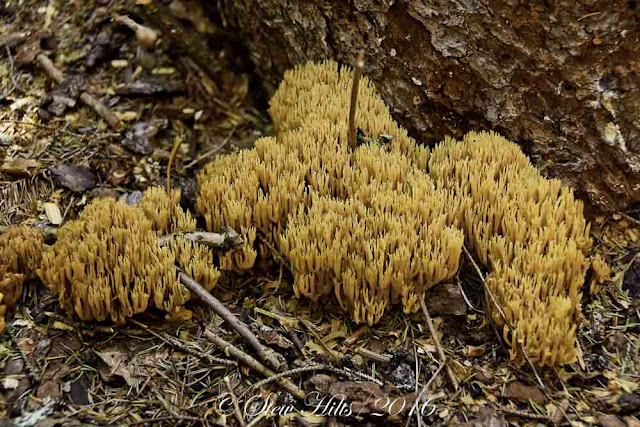 This was undoubtedly the most interesting fungus I found, and there was actually quite a bit of it, spread across about 8 feet of forest floor where a couple of big Spruce had been cut down.  In spite of its unique form, I'm been unable to identify it.

I finished my biggest summer project today, except for tidying up - a small waterfall feature in the garden, four years in the making.  I should have taken more pictures, but I'll try to find one or two of them.  And tonight we're getting frost again.  The temperature just plunged after 4 p.m., to the point it was frigidly cold outside, though that's mostly because we're not used to it yet.  In January, 5°C feels downright balmy!