White Birch, otherwise known as Paper Birch or Canoe Birch, Betula papyrifera, are one of the symbols of northern Canada for me.  Their bright white papery bark against the blue sky creates a beautiful picture.  When I was about 14 I even wrote a letter back home from camp one year on birch bark. 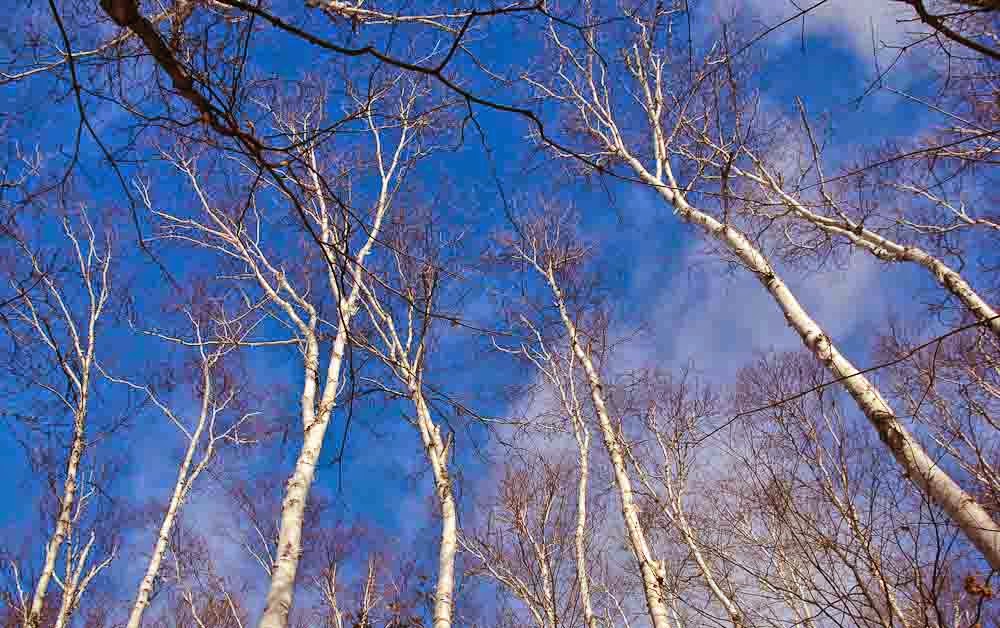 The White Birch even features prominently in one of the great Canadian folk songs about the north, 'Land of the Silver Birch'. It was the afternoon we arrived, and we started out on a walk along the shore, leaving the lodge behind.  The trail was packed and easy walking through the woods.  You didn't even need snowshoes. 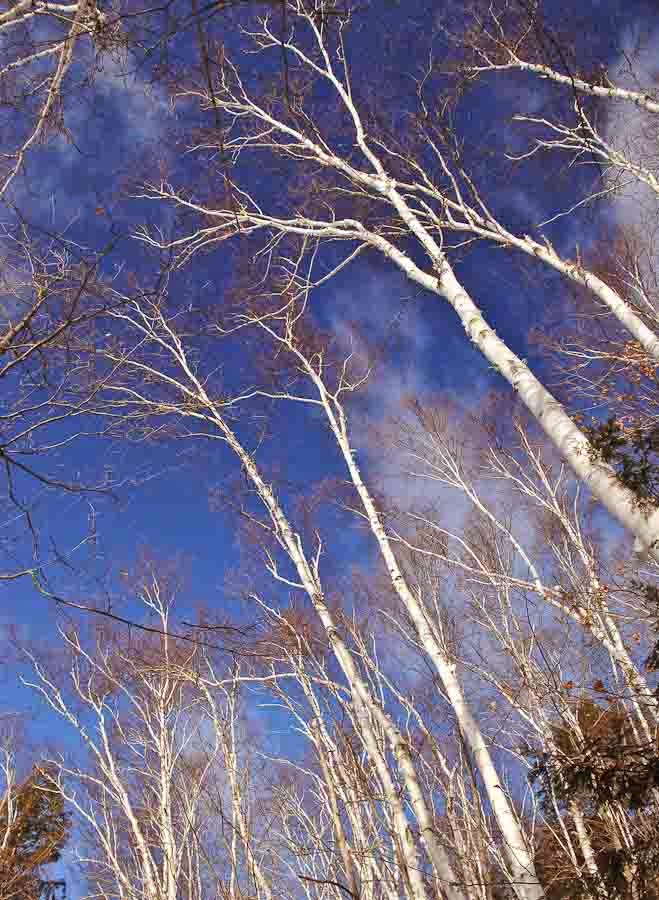 Quite quickly we came on a large patch of birch trees, their buds in the canopy already showing slightly reddish and their trunks bright against the blue sky. 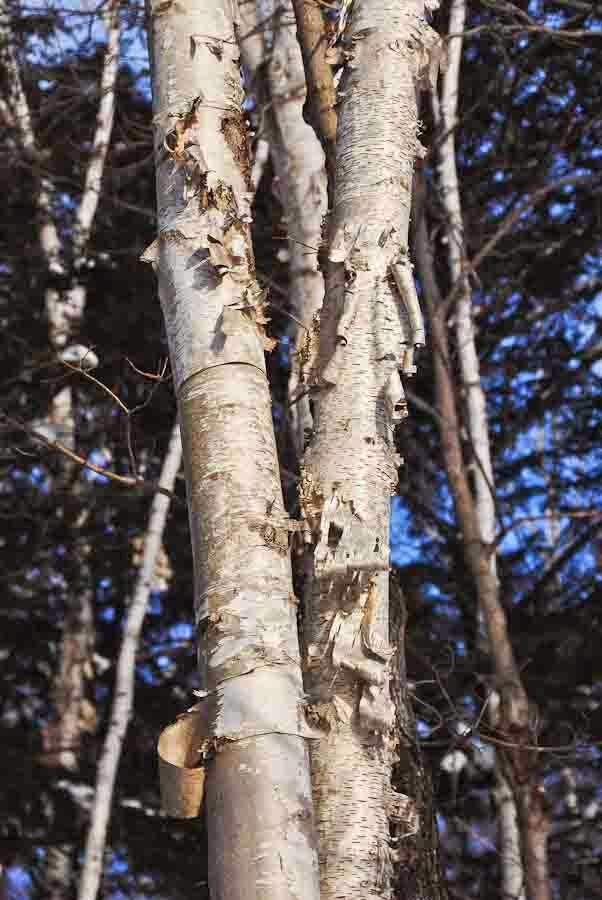 These are quite small birch, only a few inches in diameter, but native peoples made birch bark canoes from larger specimens of these trees, not from the outer curls of white 'paper', but from the lighter brown inner bark which can be taken from a tree in large sheets.  If you love canoeing, you have to love birch trees, the origin of it all. 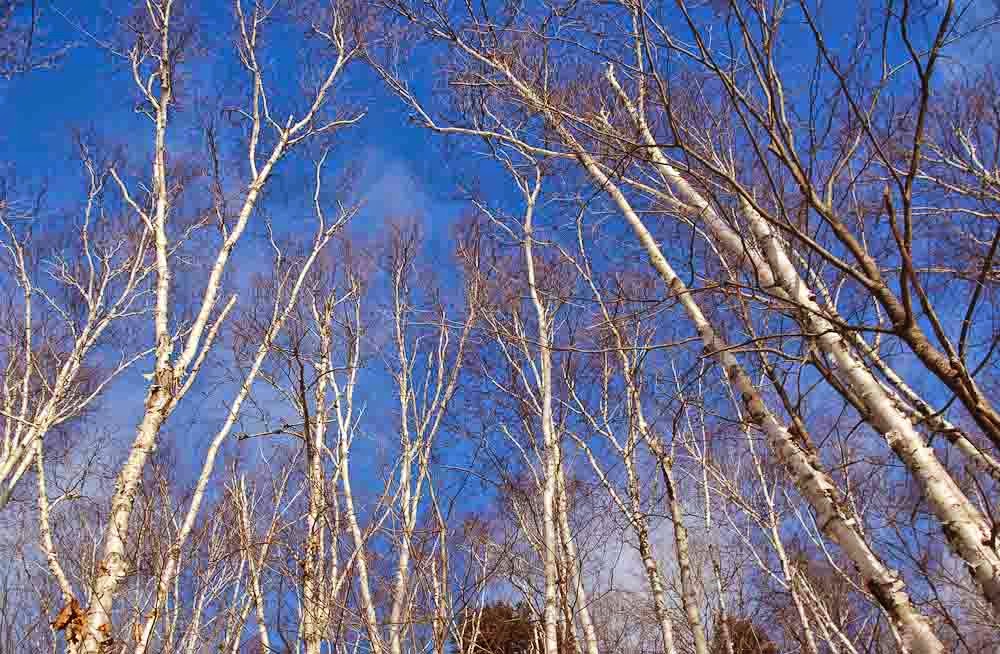 In any case, there were simply beautiful against the sky that day, even though it was about -20°C out.