Sunset in the East!

A few weeks ago (when it wasn't quite so cold!), I was walking the dog and noticed the beginning of a sunset - but it was in the east, not the west.  In the west the sun was setting in a cloudless sky, but in the east clouds were catching the descending rays of the sun.  At any rate, I hurried home to get my camera. 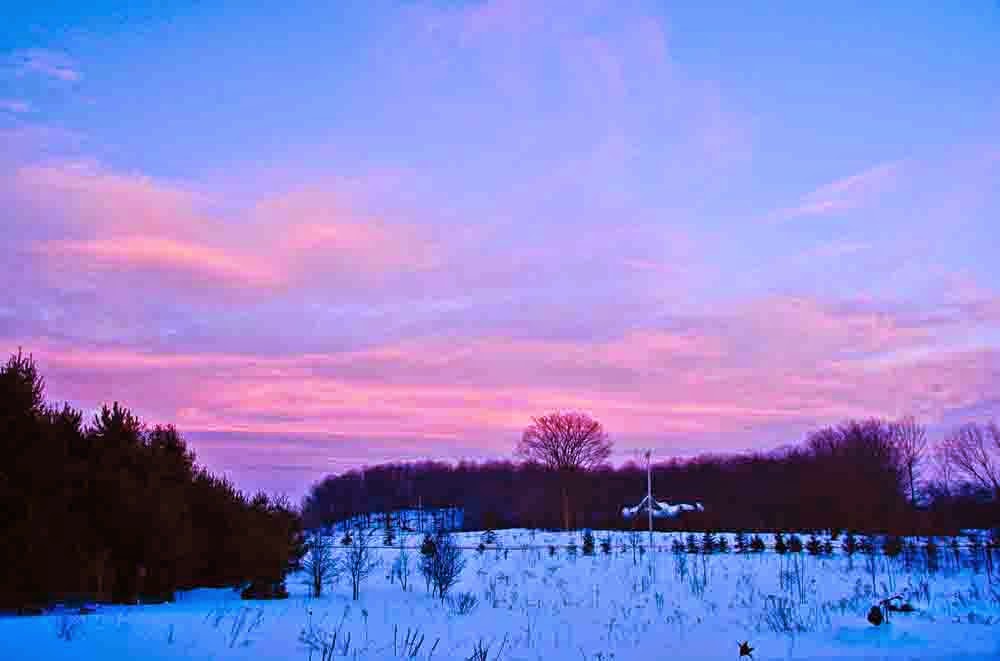 I only had time to stand in the backyard and take some pictures, as it was rapidly getting darker.  This is a view east from the house. 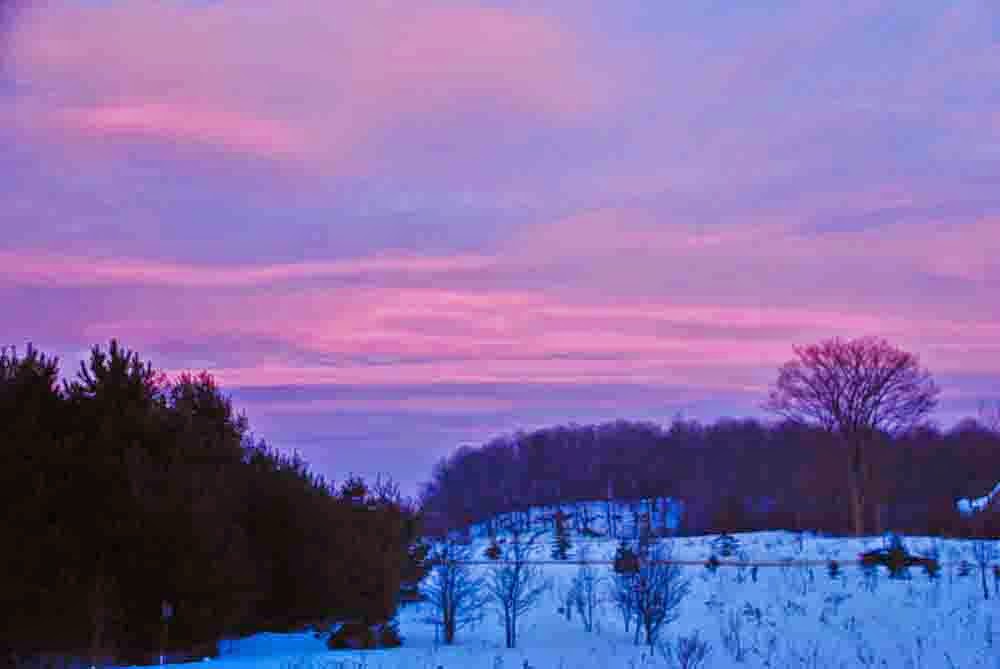 The sunset stayed with us for about 10 minutes before fading out.  Perhaps this isn't just a sunset, but the phenomenon of 'alpenglow', the sun lighting up something in the east as it sets. 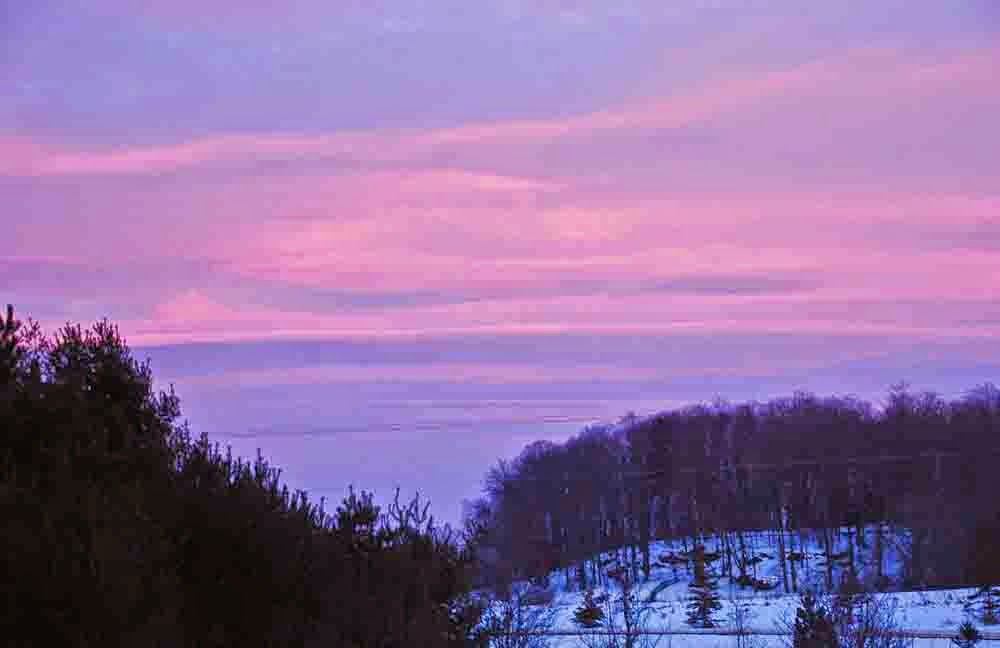 And perhaps it's a little like the 'Belt of Venus', a pinkish glow a little above the eastern horizon as the sun sets in the west.  But I've often seen that, and it happens without any clouds in the sky at all. 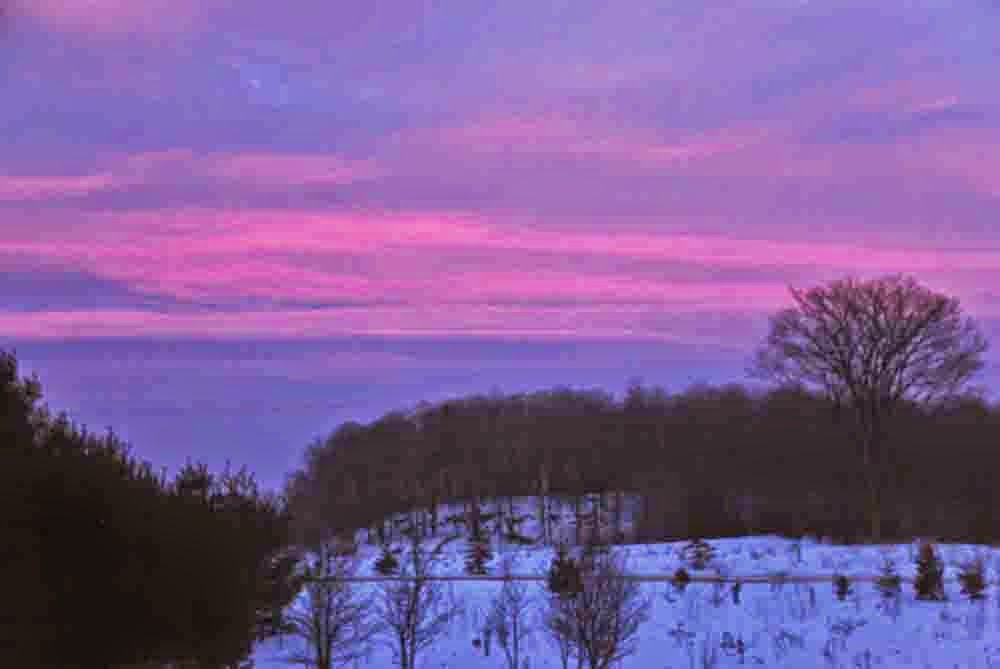 It was more subtle than the brilliant sunsets we sometimes get in the west, but never-the-less, it was a beautiful pink 'eastern sunset'.  I don't think I've ever seen this so obviously before.

It was -29° (-20°F) this morning here, with a wind chill forecast of -35.  But then our son the pilot called to scoff at our cold temperatures, reminding me of when he flew cargo into isolated villages on the shores of Hudson's Bay, and the temperature would be -40°C, with a windchill of -60.  I guess it's all relative!