I was up early this morning, before sunrise, and looking out the window I saw another sun pillar - after just seeing one of these 3 weeks ago up north!  This was a sunrise pillar; last week's post was a sunset pillar.  I got several shots through two different windows, and then was doubly surprised to see two sun dogs develop! 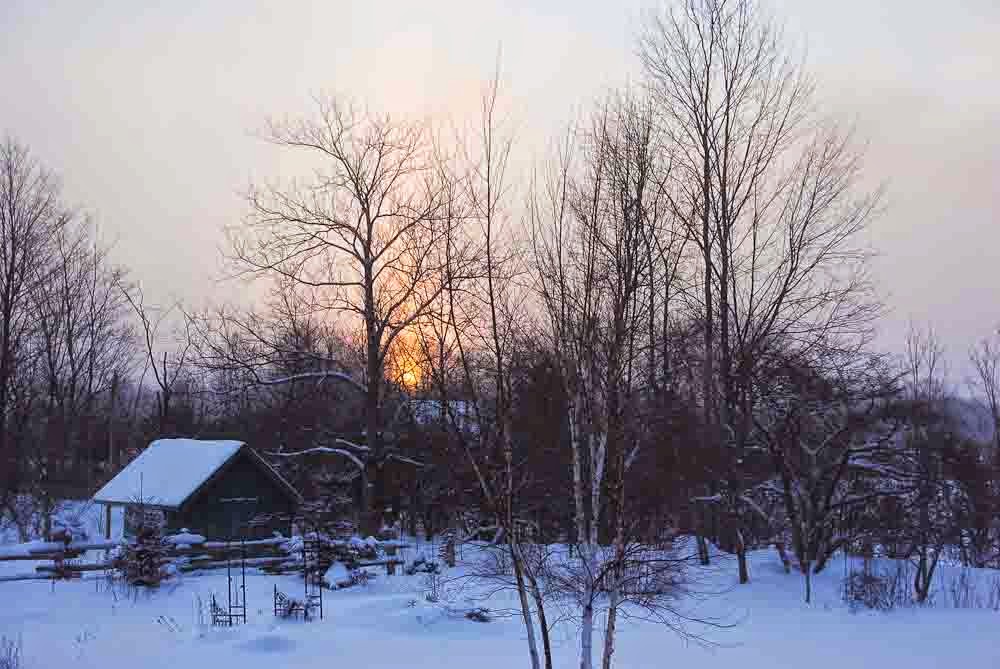 The sun pillar first appeared just as the sun rose, right beside my Butternut Tree (which you can recognize by the silhouette). 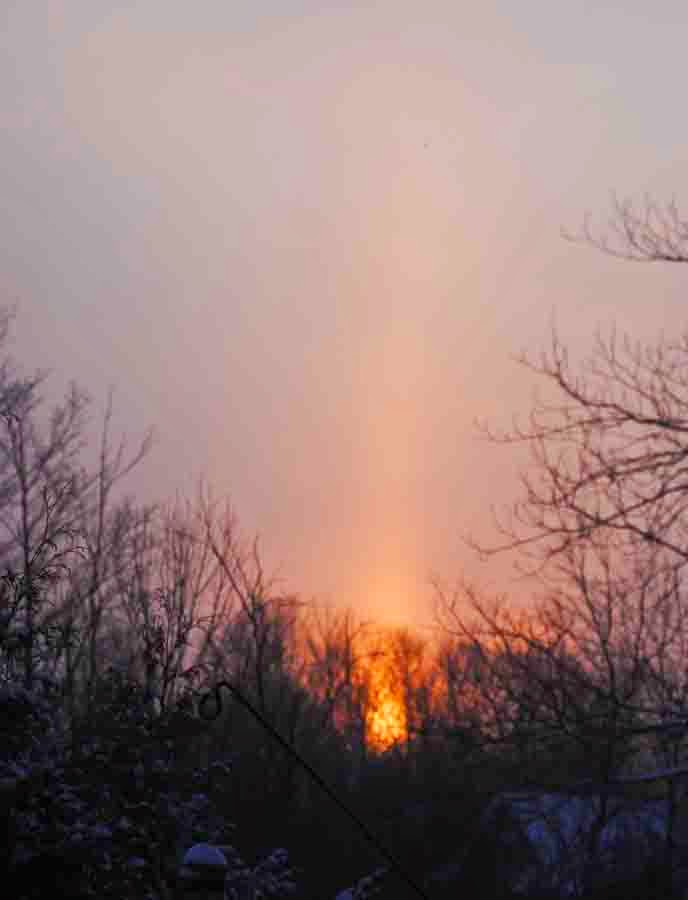 I went to another window and got a picture from a different angle; with a bit of colour enhancement, it shows the sun pillar really well.  Shortly I went back to my coffee, thinking the display was over. 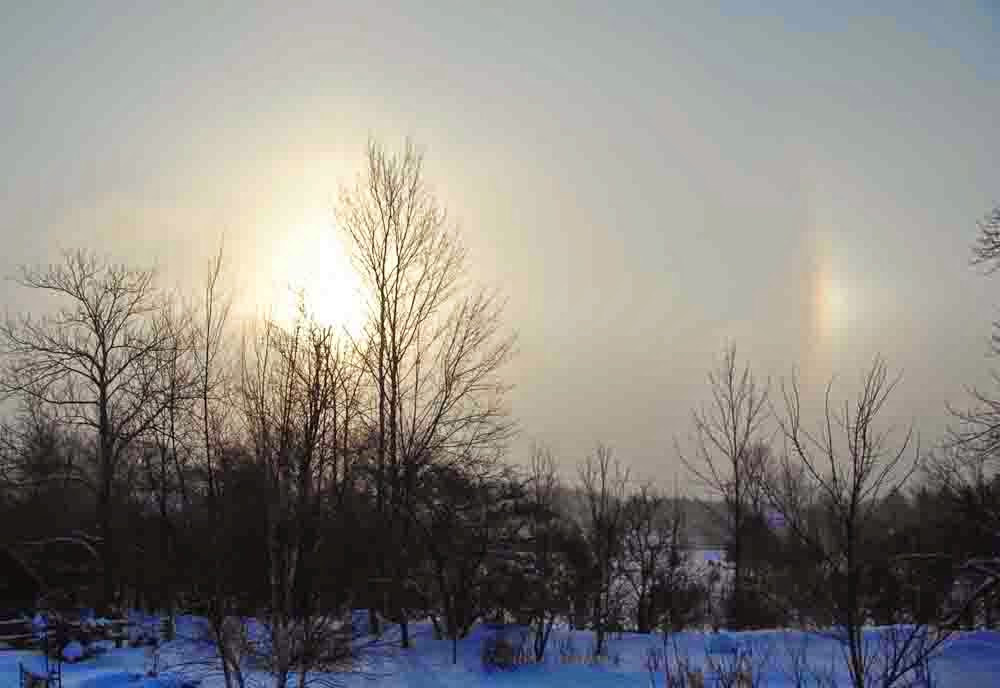 A little  while later though, with the sun up well above the horizon, I glanced out again and thought I saw a sun dog, off to the right.  Two beautiful atmospheric phenomenon in one morning! 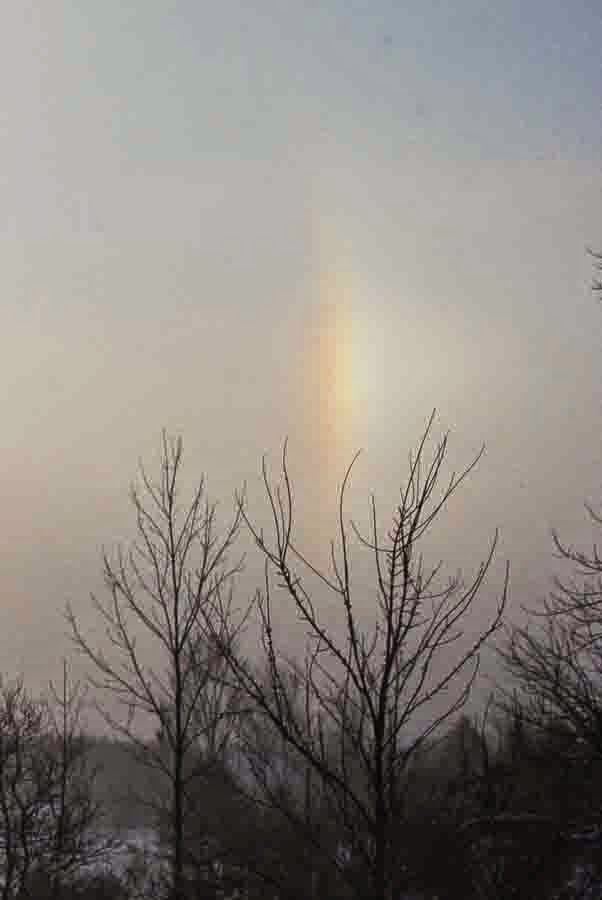 There seemed to be blue sky overhead, but the sun dog stayed there for quite awhile. 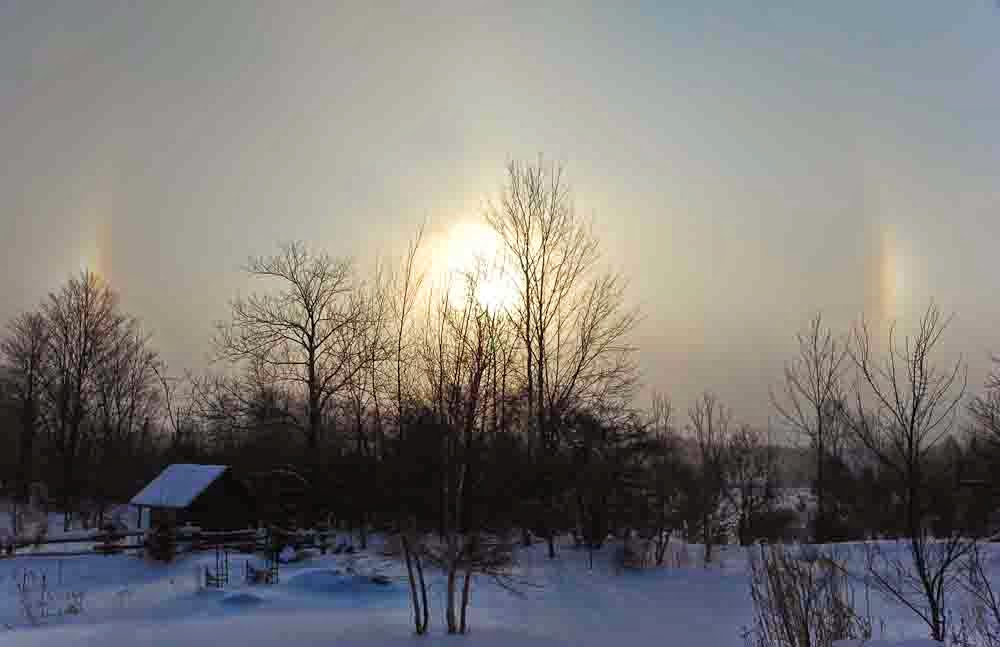 And then I had to go start the car to warm it up (it was -24°C), and I spotted the second sun dog on the east side of the sun.  I found the one window that would let me get a picture of both, and here they are!