A Barn or Three

I'm back to share some more barn pictures.  And I've suddenly got even more interested in rural architecture.  I heard a talk by a local heritage expert, and it was suggested that a collection of photos of rural buildings would be useful to the local museum - great!  A reason to keep taking such pictures. 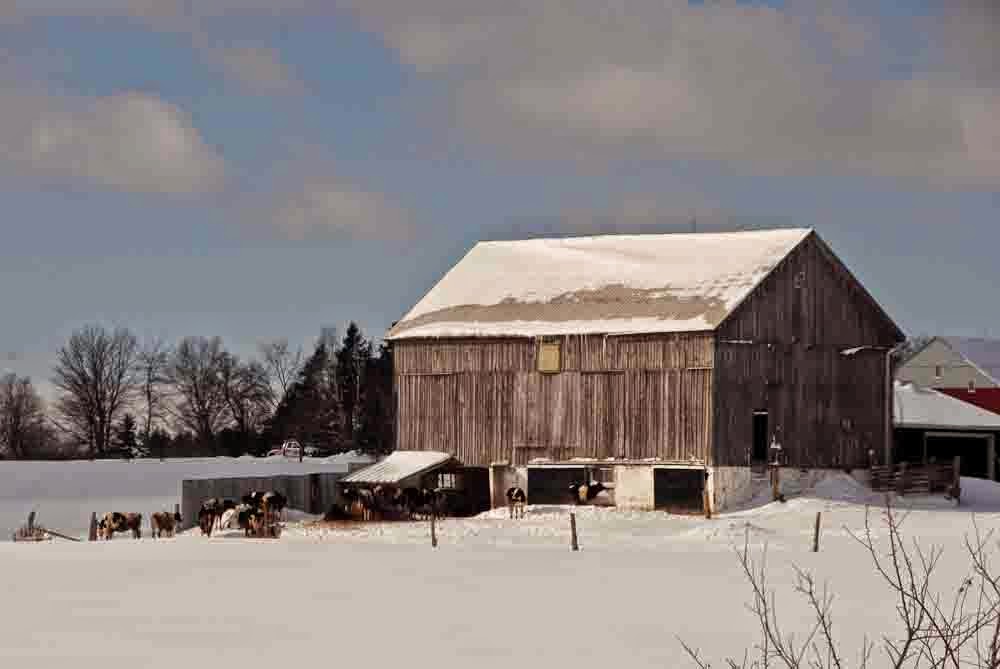 An old traditional barn, but still in use to house cattle.  This was quite a distance across a field, and I caught it just as the sun turned the roof white. 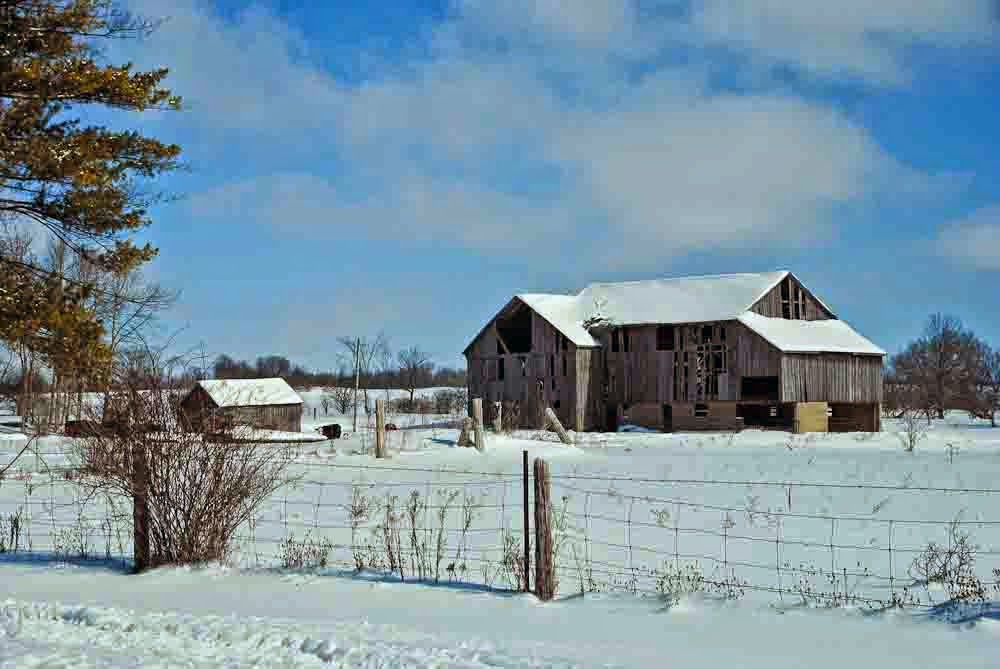 This barn has definitely seen better days!  I'm afraid that this picture will end up being a 'before it disappeared' record. 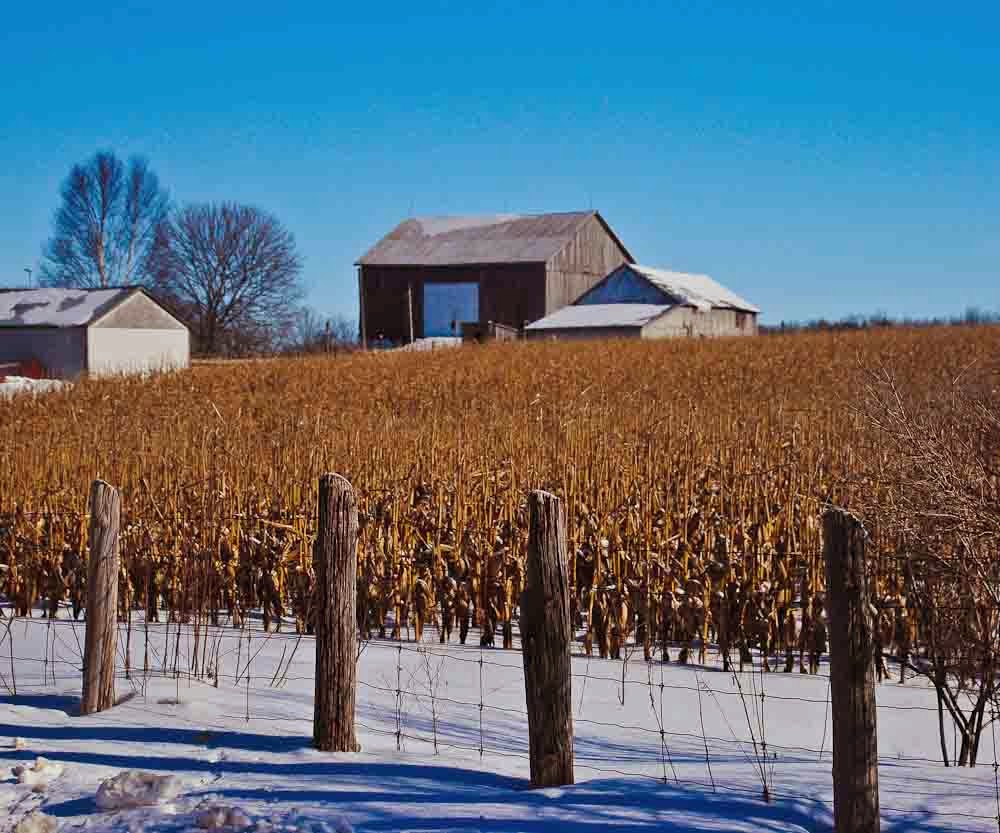 This was a smaller barn, but I was struck by the cornfield that had not been harvested successfully before winter.  I'm told it will still have a fair value if harvested in the early spring.  Last year there was a late spring, and then not very much summer heat, leaving the corn struggling to ripen this far north. 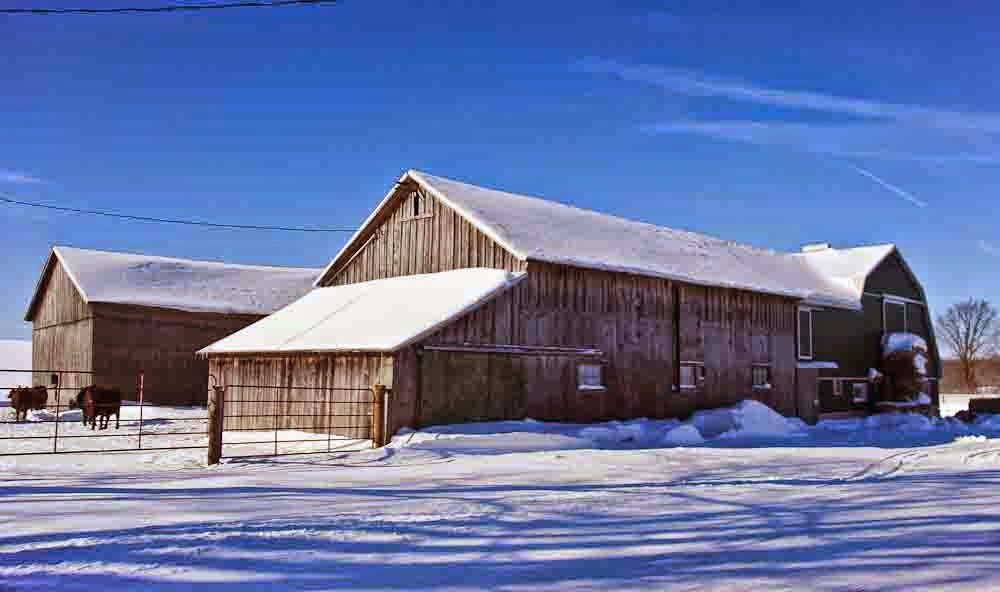 I like this barn, right beside a road I sometimes drive down.  It has a newer gambrel roofed barn at the farm end, and two older bank barns at this end.  I think they create a protected space in between. 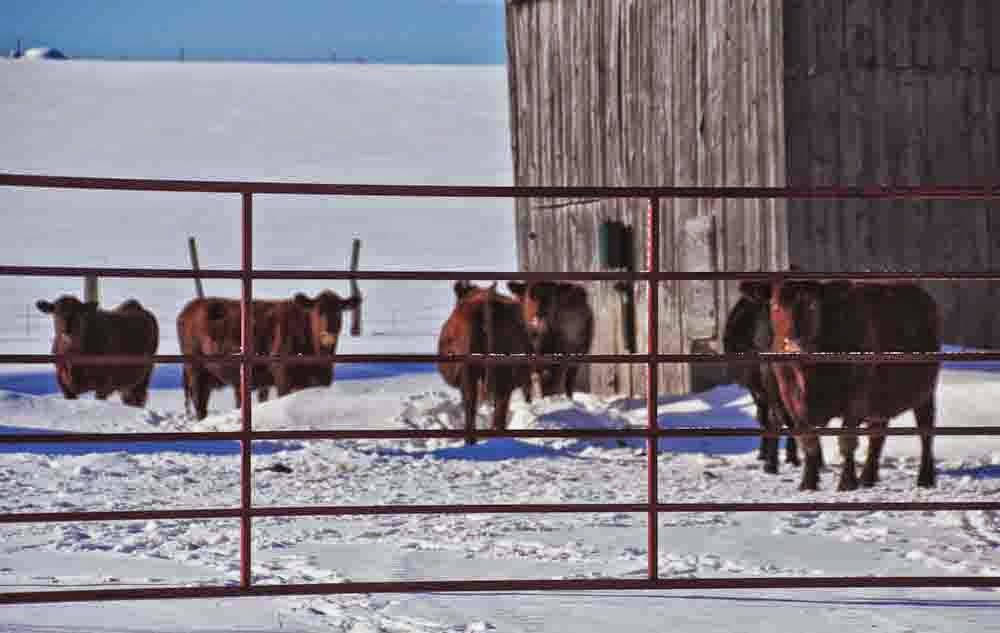 Some of the cattle or calves are often right behind the gate when I drive by.  Once I stopped, finding two calves outside the gate on the road.  A neighbour and I got them back into the farmyard, but no-one appeared to be home on the farm.


Linking to the BARN COLLECTIVE

Just checked the outdoor thermometer, which says -30°C (-22°F), and that's the actual temperature, without considering the wind chill.  The forecast is for -41 with the wind chill in the morning!  Don't think I've ever seen it actually that cold.
Posted by The Furry Gnome at 7:12 PM