Half an hour south of us here in the valley, there's a large wind farm, in fact one of the first and largest in Canada, with 133 of those huge windmills dominating the skyline around you.  It's an area of somewhat less than average productive farmland, and when farmers started being offered money for allowing windmills they spread quickly. 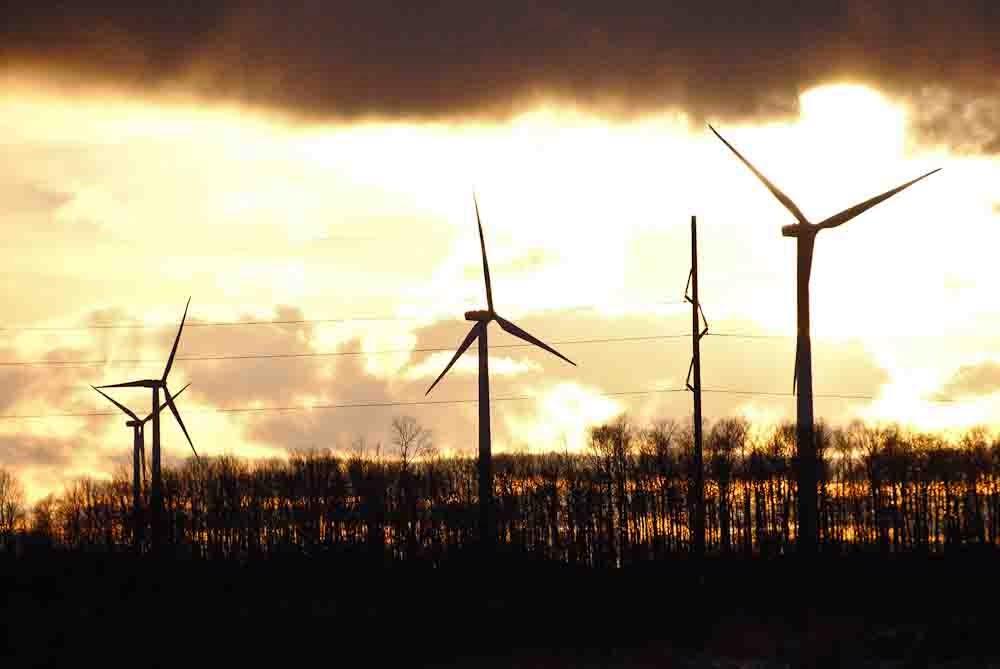 The windmills were silhouetted against the developing sunset as we drove home from a trip to a certain fabric store, but I had to wait for a safe place to pull over to take pictures.  And the exposure on these was tricky with the strong light of the sun! 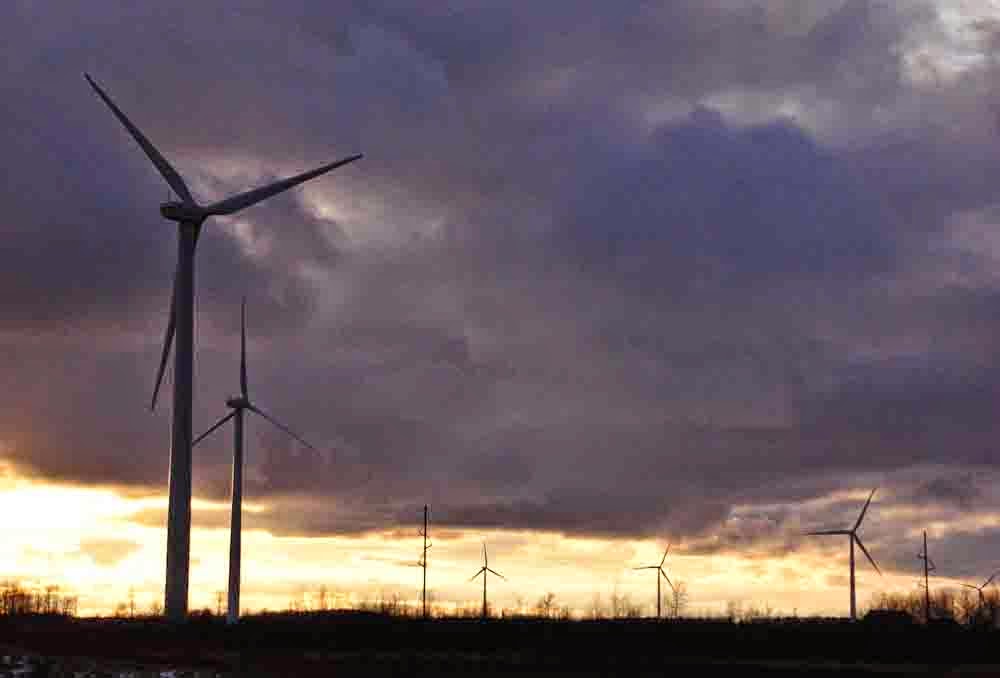 The dark gray skies were advancing rapidly, changing the picture every mile we drove.  It is really something to see, and it's even spookier at night when all you see are flashing red lights at the top of every tower in the dark. 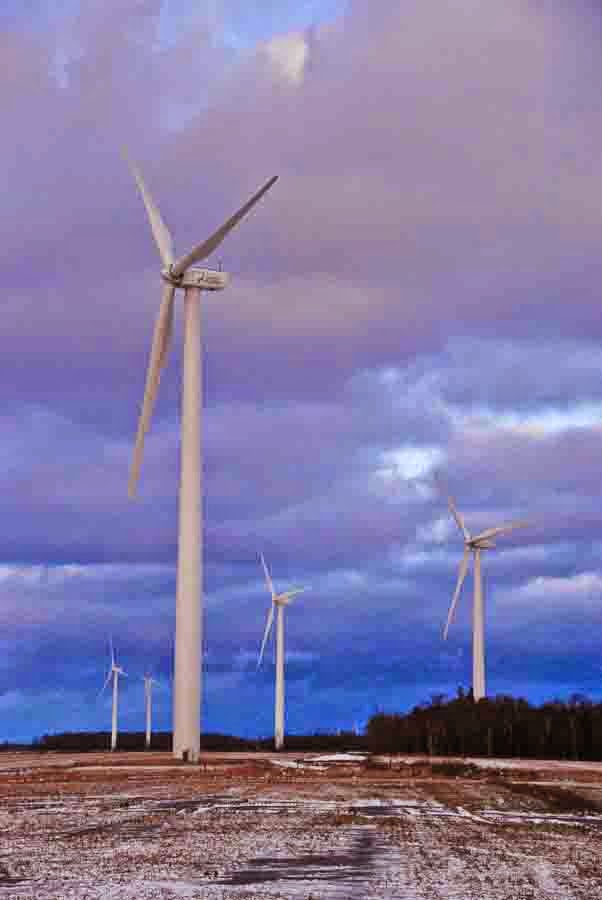 There is a lot of conflict over windmills like these.  Although the province has promoted renewable energy, and given companies guaranteed prices to encourage investment, many people argue against them.  To be honest, I'm not sure where I stand because I'm in favour of renewable energy, and I find them rather attractive - but then I don't live there. 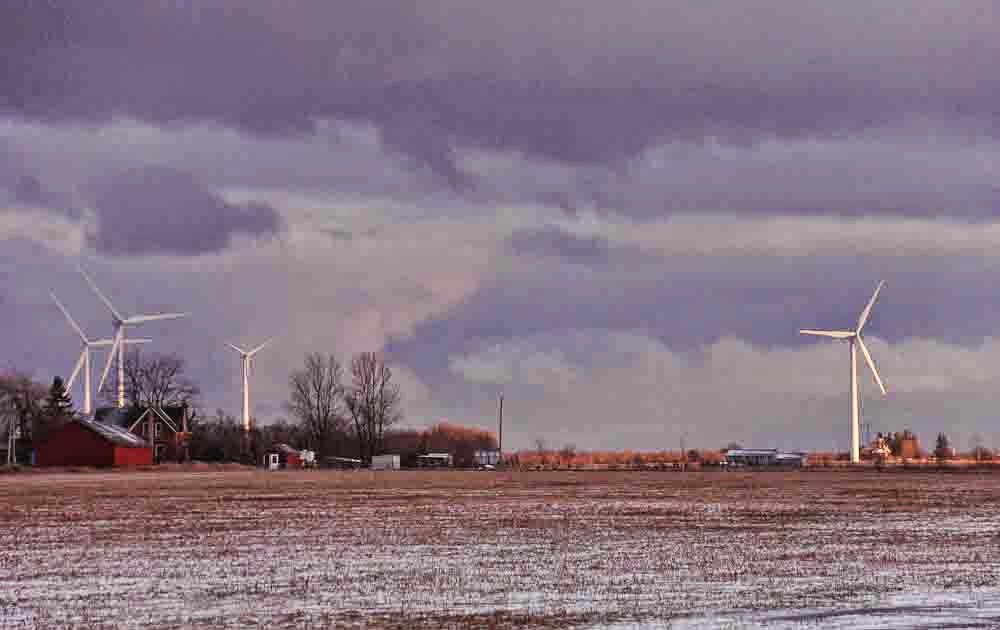 I think a lot of the conflict is based on misunderstanding the nature of science, both by citizens and by politicians.  Consultants can do a survey and 'prove' there is no health risk to living near these windmills, but science typically uses a 95% statistical significance rule, not 100%.  So if you survey 100 people and find only 4 who say they are suffering ill health because of these, you have in effect 'proven' that there are no health effects - 95 time out of 100 there is no health effect. 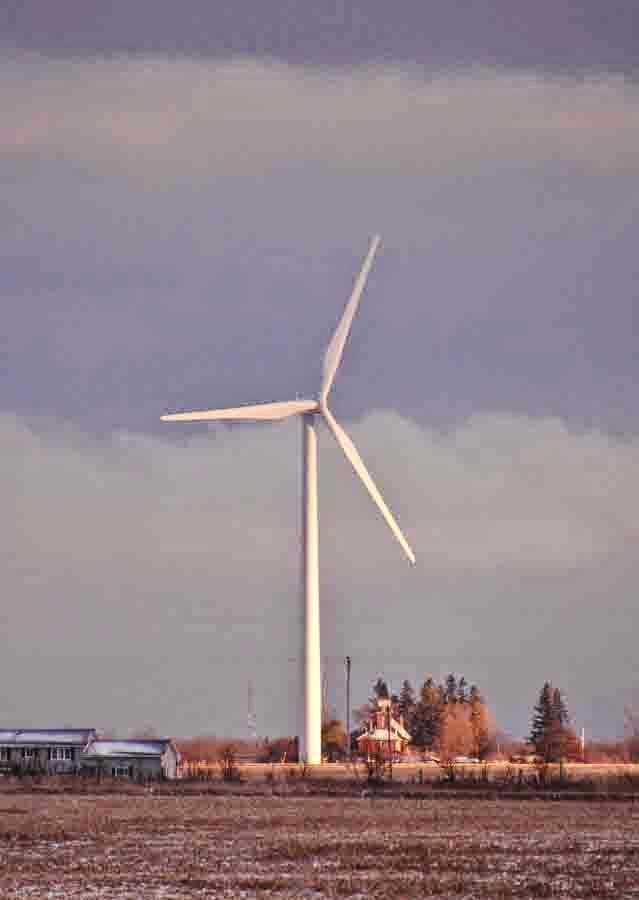 That does not mean the other 4 are not suffering ill health.  It makes perfect sense to me that there is a small proportion of the population who are sensitive either to the vibration or noise of these windmills, and their concerns should not be dismissed.  I have no easy answer, but in the meantime, these are a growing feature of our rural landscape.