Last Harbour Visit for the Season

Unless you are anxious to just see more pictures of snow, I have nothing new to share, so I'm going to go back to earlier in the fall, when I have a few pictures I never posted.  First, my last visit to the harbour this fall, back in mid-October. 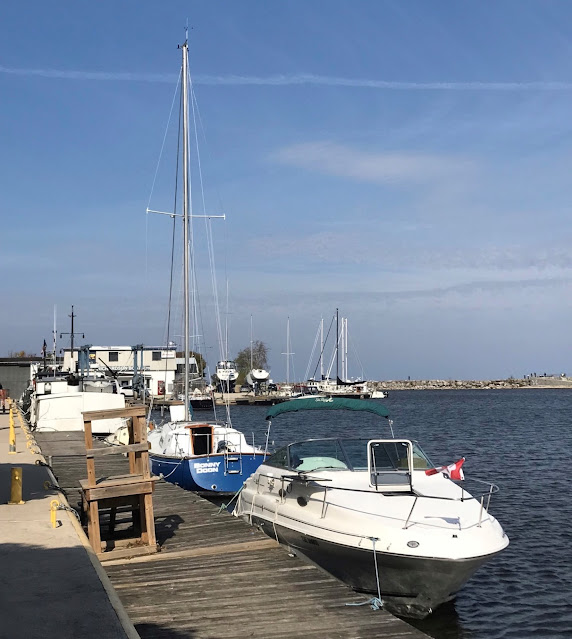 I just rode straight down Nelson St. and found a number of boats at the dock, probably being prepared for take-out and final servicing. 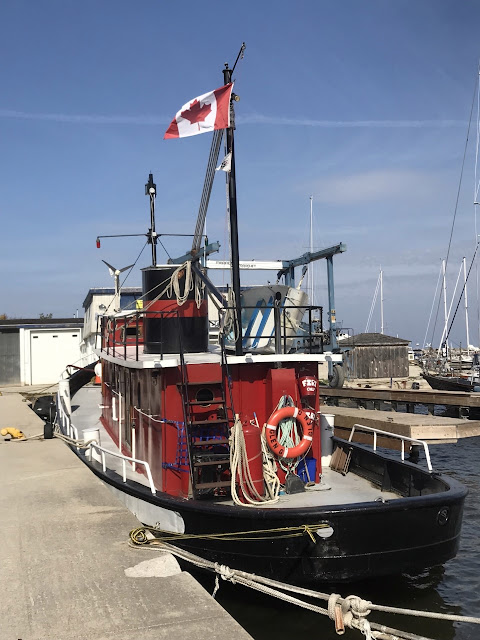 I recognized this one even from the stern, though it hasn't been here all summer. 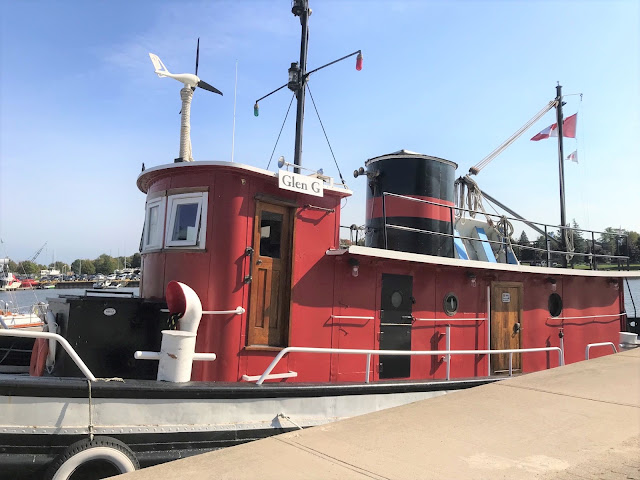 It's the tug Glen G, which I've always thought is a good looking boat.  The Glen G was built in Chicago in 1909 as a fishing tug.  She was converted to a towing vessel out of Port Arthur in 1937, and repowered from steam to diesel in 1948.  First purchased as a recreational vessel in 1982, it has had three private  owners since.  The current owner describes it as his 'floating cottage'.  He anchors it in Collingwood during the summer, but brings it to the marina here in Meaford for the winter - which explains why I haven't seen her all summer. 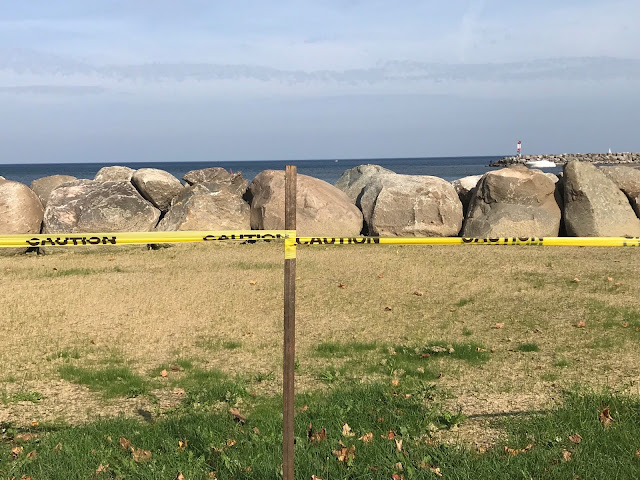 The town bit the bullet this summer and spent quite a bit of money reinforcing the shoreline west of the harbour.  We'll see how it holds up in the next November storm. 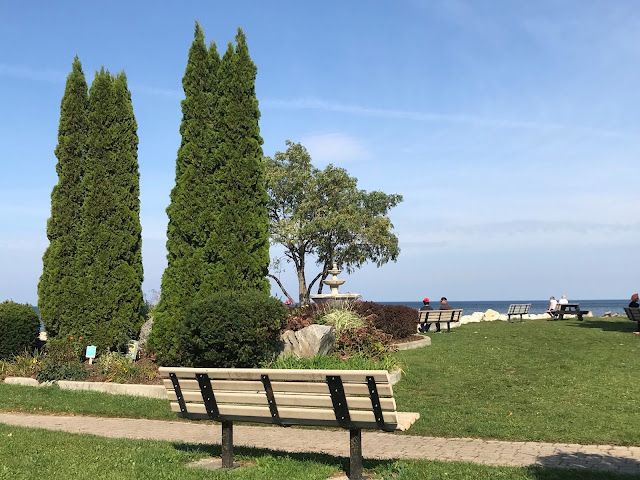 The areas they have finished have been tidied up very well.  This area was a disaster a year ago.

A few people at the rocky beach, but no-one in the water! 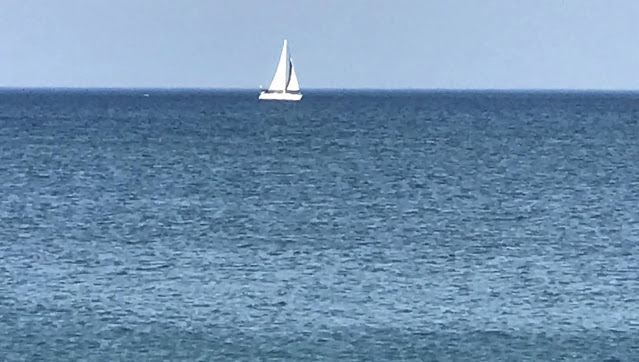 And one sailboat out in the bay.  Most boats have already been lifted out for the winter. 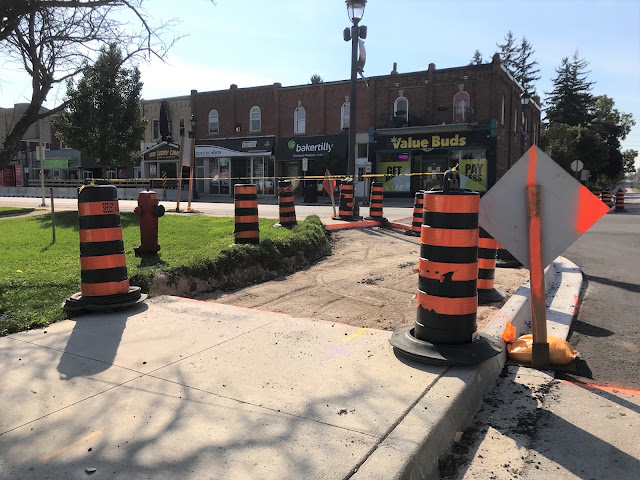 When I headed home I tried going up Collingwood Street, but little did I know they were reconstructing the intersection.  Hopeless for a wheelchair!  I had to double back and go around another way.