Sunday afternoon we drove to Collingwood, seeking some more shrubs to plant.  Pockets much lighter, we drove the back way home.  Both going and coming, Georgian Bay was a blue as we have ever seen it.

Nottawasaga Lighthouse, Collingwood - can you see it? 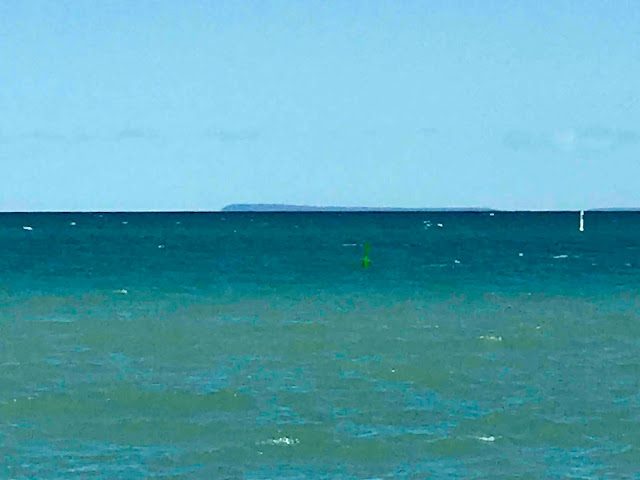 Christian Island on the horizon beyond buoys marking Thornbury harbour.

Georgian Bay off Meaford.  The sandy plume in the foregound has been churned up by the waves; the further sand plume marks the course of the Bighead River where it empties into the bay.