I've been trying to find a way to describe the landscape around here, the rural countryside and how it's changing, but I'm not getting out for any of those countryside drives except when we go back and forth to Owen Sound twice a week for my physiotherapy sessions.  So I'm going to share my impressions of the land along Hwy 26 from here west to try and give you an overall impression.

This view is typical, a mix of forests and fields and some rolling valleys. 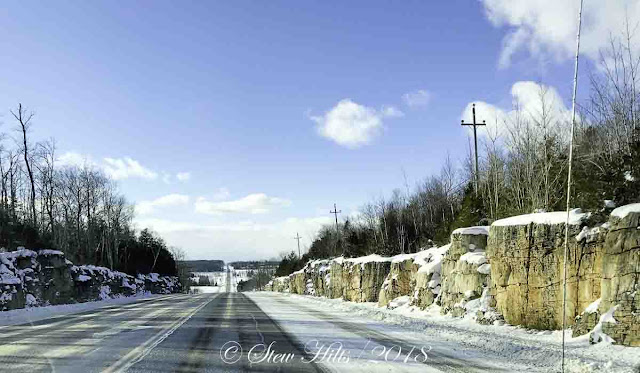 In several places there are rock cuts through the dolostones of the Niagara Escarpment.  You can guess that bedrock is never far below the surface in the entire region. 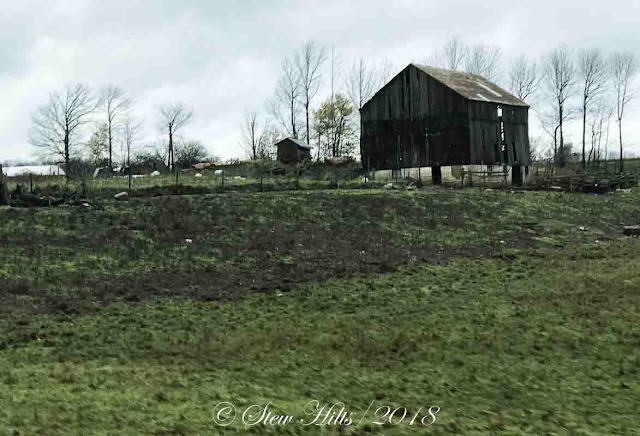 There are quite a few farms still operating as you drive along the highway, but there doesn't appear to have been much recent reinvestment.  It's a big contrast with farms further south.  I'll share more pictures over the next few days. 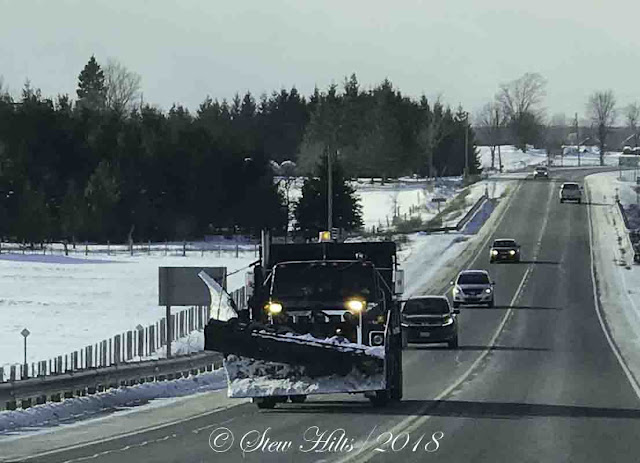 We passed a couple of snowplows, though the highway was pretty well bare.  We'll see a lot more of these over the next few months. 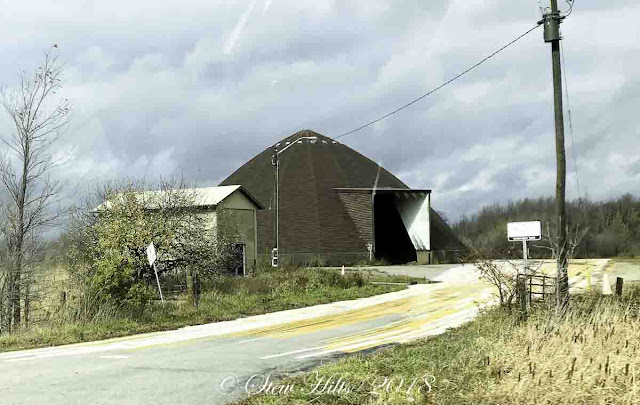 Half-way to Owen Sound there's a sand dome, full of 'pickled' sand (mixed with salt), ready for all those trucks to use this winter.  With my physiotherapy appointments in Owen Sound twice a week, I'm hoping we won't see many serious winter storms.

I mentioned the "catastrophic" spread of corn mould in rural Ontario, leading to vomitoxins, which render the crop unusable (except perhaps for ethanol production).  I'm told by a reliable source that this is only a problem further south in Ontario; there are no known cases here in Grey County.