Start with the Roof!

If you've read this blog for awhile, you will remember that the builder here builds from the roof down.  He builds the roof first, sitting directly on the foundation.  He then brings in a huge crane and lifts the roof aside.  And a week later lifts it back onto the walls.  He argues that its both safer and cheaper. 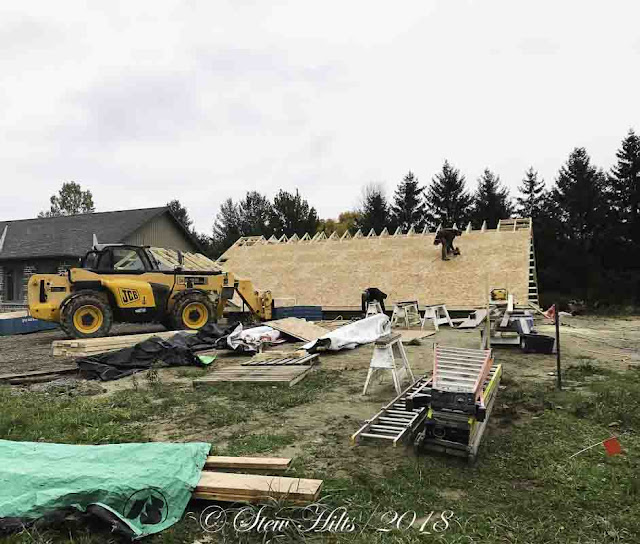 There are three foundations already in place which he is hoping to finish over the winter.  Here's the roof, almost completed, sitting on the first foundation. 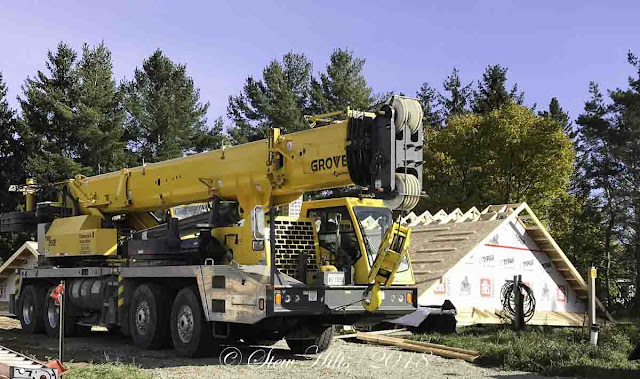 I came by a few days later to find they had brought in the crane and lifted the roof off, setting it aside for now. 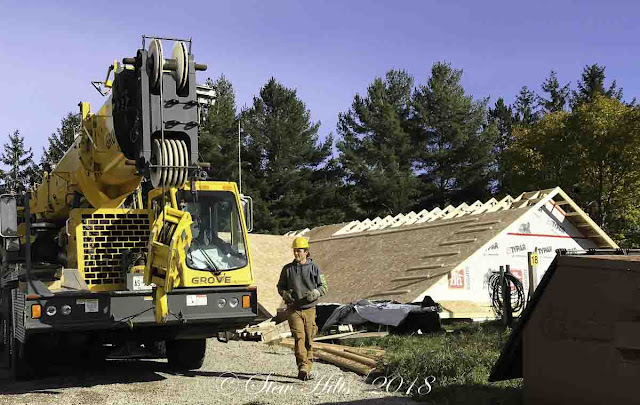 They were securing the crane ready to head back to Owen sound. 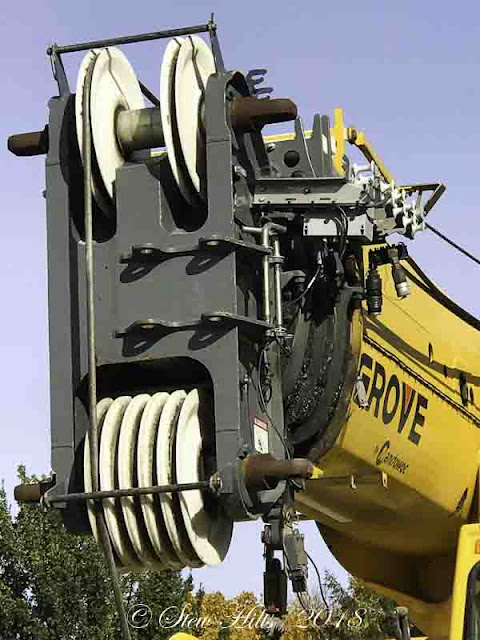 I'm always intrigued with the mechanics of this enormous crane.  It extends 150 feet into the air in 4 huge sections. 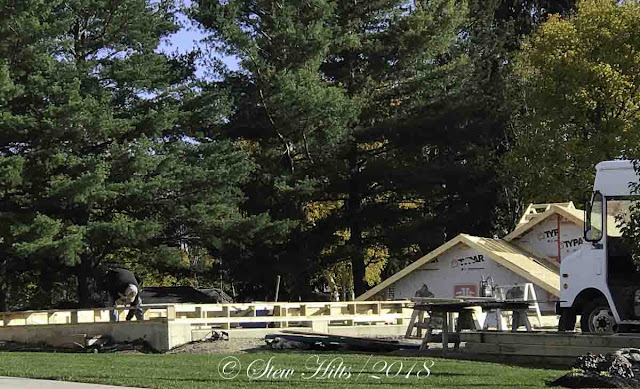 Left behind is the foundation, ready for the walls to be built.  They're doing that now. 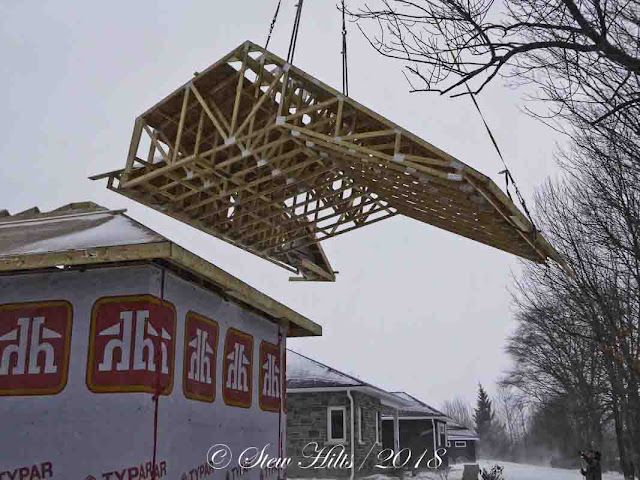 Just to remind you, here's part of our neighbout's house being lifted into place last year.