Will was a good kid and an adventurous one from the start. 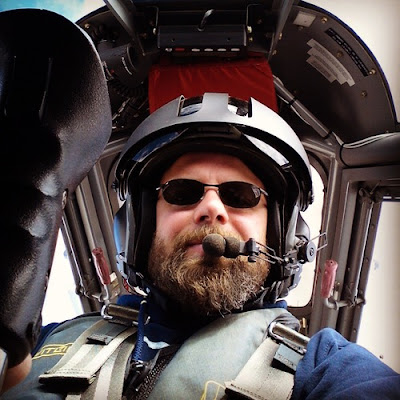 We all loved to explore the outdoors.  His grandmother took us all for walks in the woods, and after his younger brother joined him, his grandfather started taking them out to a friend’s stocked trout pond fishing.  Fishing became a life-long love of both boys.  After his baby sister joined us, we started on the big family camping trips across Canada.

We travelled to the east coast twice, and the west coast three times, camping in every Canadian province, the Yukon and Alaska, and several northern U.S. states.  It was the time in the mountains that is most memorable for all of us I think, hiking the trails in Banff, Jasper, Yoho and Kootenay National Parks, seeing Mountain Goats and Mountain Sheep, and of course fishing our way through northern BC and Alaska – salmon galore!

Along the way Will played every sport available locally, and seemed to find a winning team every time, winning MVP more than once.  I firmly believe that teenage boys need some life-threatening activity to grow up normal, so we took up downhill skiing – and I was the one who got injured!

It was on the trip to the Yukon and Alaska that Will saw his first forest fire, and we think then that he decided what he wanted to be.  I remember the conversation in his last year of high school about what he wanted to do with his life, and it took about 2 minutes, as Will had already made his own decision to apply to the aviation programs in Ontario, and he headed off to Confederation College in Thunder Bay in 1996 to become a pilot.

The inspiration of his grandfather, who served in the RCAF (Royal Canadian Air Force) during WWII, teaching navigation, was also important.  He shared his stories with our sons and gave William his Air Force cap, which was treasured.

William flew float planes for Kenora Air Services in Northern Ontario, taking guests in to fly-in fishing camps.  He flew National Geographic photographers out of Yellowknife to see wildlife on the tundra in the North-west Territories.  He made the step to year-round float plane flying by heading to Fiji for a winter, flying for Turtle Airways.  Next he joined North Pacific Seaplanes out of Prince Rupert, B.C. (now Inland Air).  It was there that we had our only flight with him, when he took us out to Haida Gwaii and back (formerly the Queen Charlotte Islands).

Then he moved to northern Ontario flying larger freight planes for Wasaya Airways into isolated native communities.  These were the planes he needed experience on to follow his dream of becoming a water bomber pilot.  This past winter after we had suffered through a particularly bitter week of -30° temperatures he laughed that we hadn’t been cold until you unloaded a plane in the fierce arctic wind at -60 on the shores of Hudson’s Bay!

William got his dream job with Conair 4 years ago, first flying the large water bombers, and then moving to the advance team of small ‘Fire Boss’ planes because of his float plane experience.  He was part of the team fighting the Cold Lake fire in northern Alberta when his plane went down.  He died doing what he loved, and if he had a message for us it would be to ‘Follow your dreams.’  Thanks to the Cold Lake military Search and Rescue Team who were able to retrieve him by helicopter in the isolated location.

The memorial site his sister set up, http://www.forevermissed.com/william-hilts, has given us enormous comfort, as it has brought a huge outpouring of grief and support.  Will has been described as a good man, a kind, gentle and generous friend, and a natural pilot.  He pursued his dreams and found them, he cared for people wherever he went, and he had lots of close friends.  What more could a parent ask?

Although we always just thought of him as ‘our son, the pilot’, he was also a firefighter, flying the water bomber, and to the communities of northern Alberta and B.C. he died a hero.  The enormous number of visits to his memorial page reflect the strong support of that community, and the comments and private emails we have received from his friends have given us enormous support.

We are lucky to live in a small rural community, and have had strong and immediate support from family and friends ourselves.  We will live every day to honour our lost son, but all of us will live on, pursuing our own dreams, no matter how ordinary they may be.  For the next week or two I am simply going to post a few of Will’s own pictures from his flying days in the north and on the west coast.

I have thought  and hard long about sharing this on my blog, and imposing it on you the reader.  That I feel able to do so reflects the magic way that special friendships develop in the on-line blogging community, and the support I feel from many of you.  It also reflects the fact that we will celebrate Will’s life as much as we mourn his death.