I've visited several waterfalls this spring, but I'm falling behind on sharing my pictures.  This one is a small but very interesting falls that I checked out over two weeks ago, when the woods was still almost totally brown.  As far as I know it doesn't have a name. 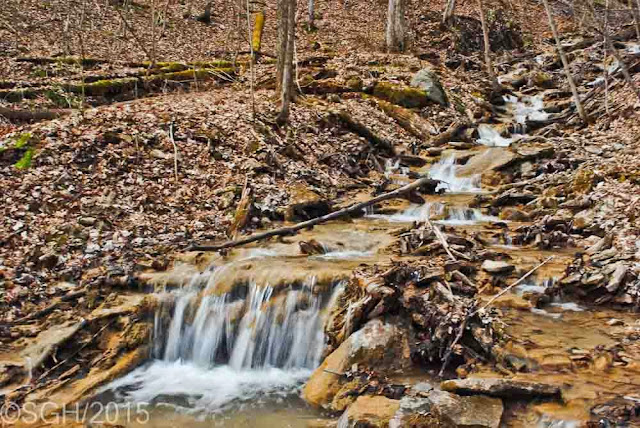 I was walking through the Cuckoo Valley Overlook property owned by the Bruce Trail Conservancy, scouting out a possible side trail that would let hikers get a better view of the falls.  After quite a hike through the woods I finally got to the stream, tumbling down the ravine below the falls. 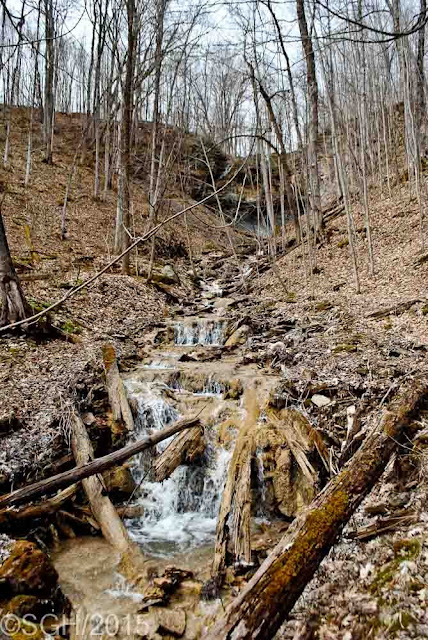 Looking upstream you could see where the waterfall is above.  But the current Bruce Trail on this property passes by above the falls, up there on the right in this picture, giving you just a glimpse of the falls as it drops over the brow of the rock. 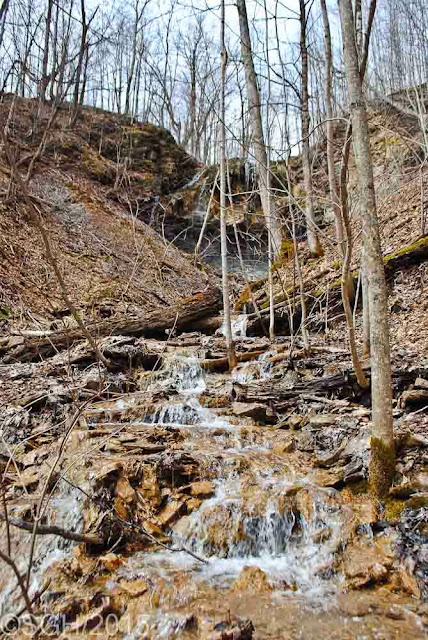 Walking up the stream from below you get totally different pictures of both the falls and the stream below, as it drops over a series of small rocky ledges.  The sides of this ravine become very steep as you get closer, with no room to simply run a trail down to a viewpoint. 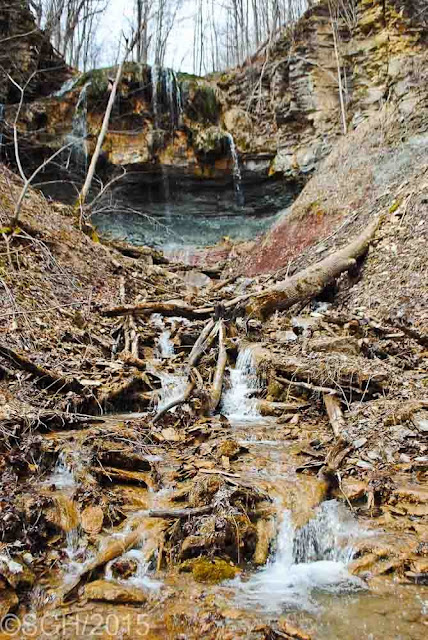 As you near the falls you get a great view of the geology.  The upper half of the rock, the part that overhangs a bit, is Manitoulin Dolostone, a flat but hard layer that provides the caprock for several waterfalls in the valley, including another I described last week.  Below that is the Queenston Shale, which erodes easily.  Both the blue-grey layers and the reddish rock below it are part of the Queenston Shale. 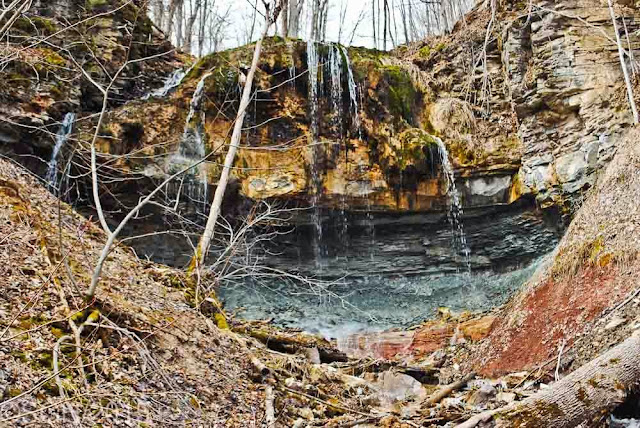 The falls itself seems to have a very low flow of water, which drops over the edge in 3 or 4 different spots.  I've never seen more water than this, but it's one of the best places in the valley that I've found to see the geological layers. 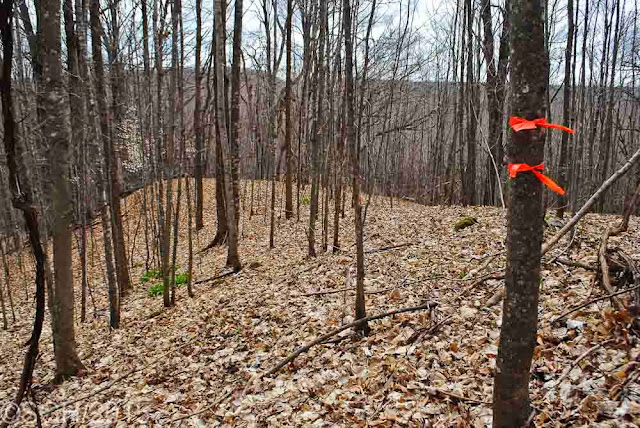 The falls is merely the highlight of a possible side trail forming a loop.  I marked my starting point on the main trail with some obvious flagging tape, and then flagged it all the way to the south so that the trail builder volunteers could follow the route and assess how feasible it was. 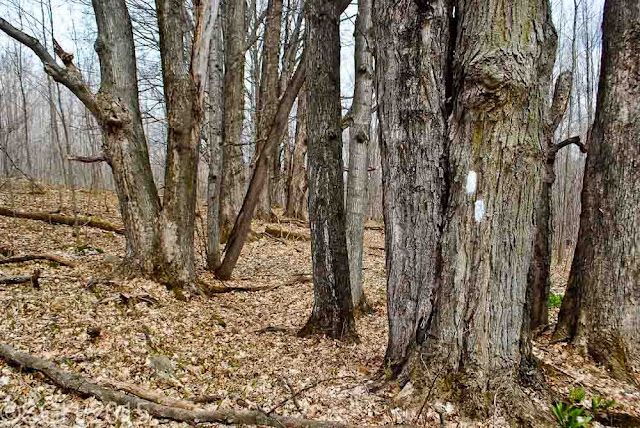 The side trail would go slowly downhill to cross the stream below the falls, and then steeply uphill to the south until it met the main trail again here.  I think it could be a very interesting loop trail.  On the existing main trail here there is a high viewpoint over the valley which would also add interest.  In distance the loop would be less than 3 kilometres, but it would be a quite challenging hike, at least for me. 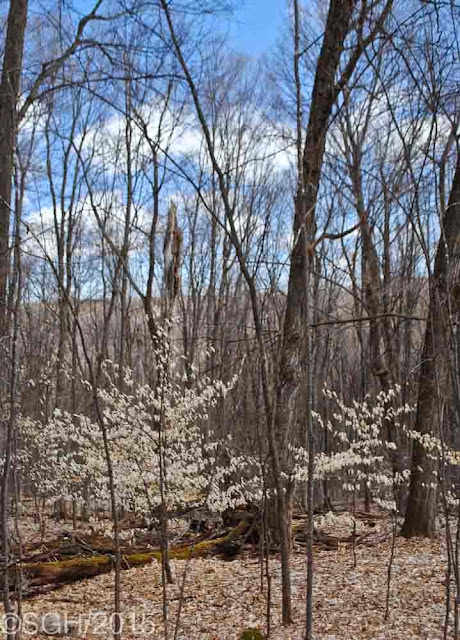 My job was just to check for a possible route, which had been suggested by the local Land Steward.  Others will make the decision on creating it, and then building it.  Who knows though, in a couple of years we may have a nice new loop trail to walk.  Already several other volunteers have been out to walk the route I flagged, and the initial reports are positive. 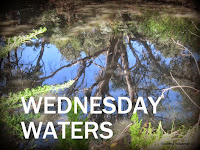