I joined a walk with the Owen Sound Field Naturalists last Saturday, in search of some 'old growth trees' in the forests and along the rural roads nearby.  We saw a lot of big trees, which I will probably share sometime.  But the most interesting stop for me was the historic United Church in Leith - for this is where Tom Thomson, the great Canadian artist, was buried. 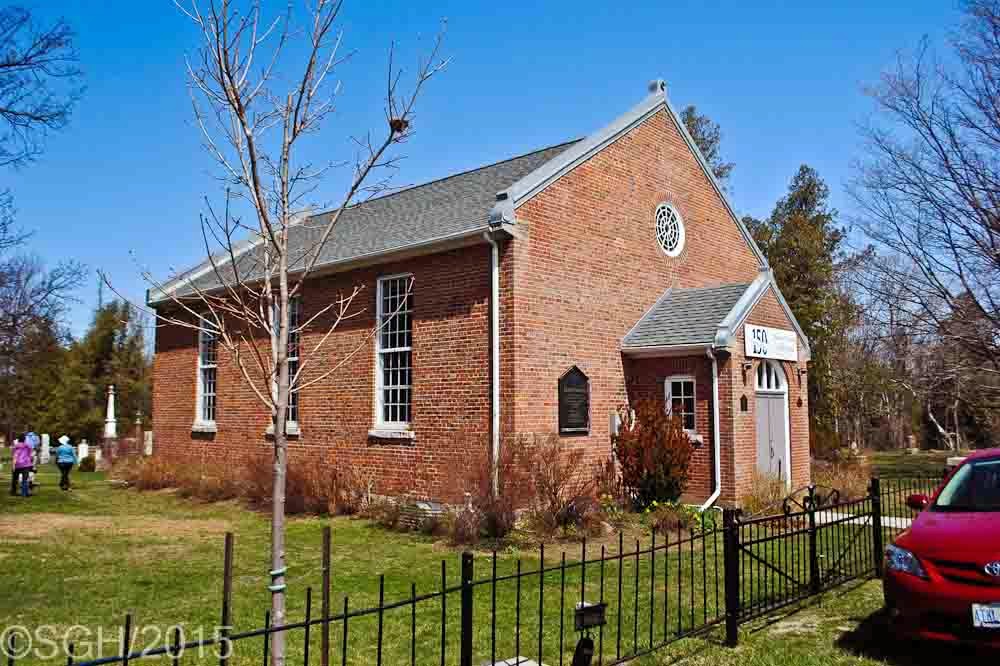 People still make pilgrimages to honour Thomson's grave, so this is a well visited little country church, a nice bit of wrought iron fencing across the front. 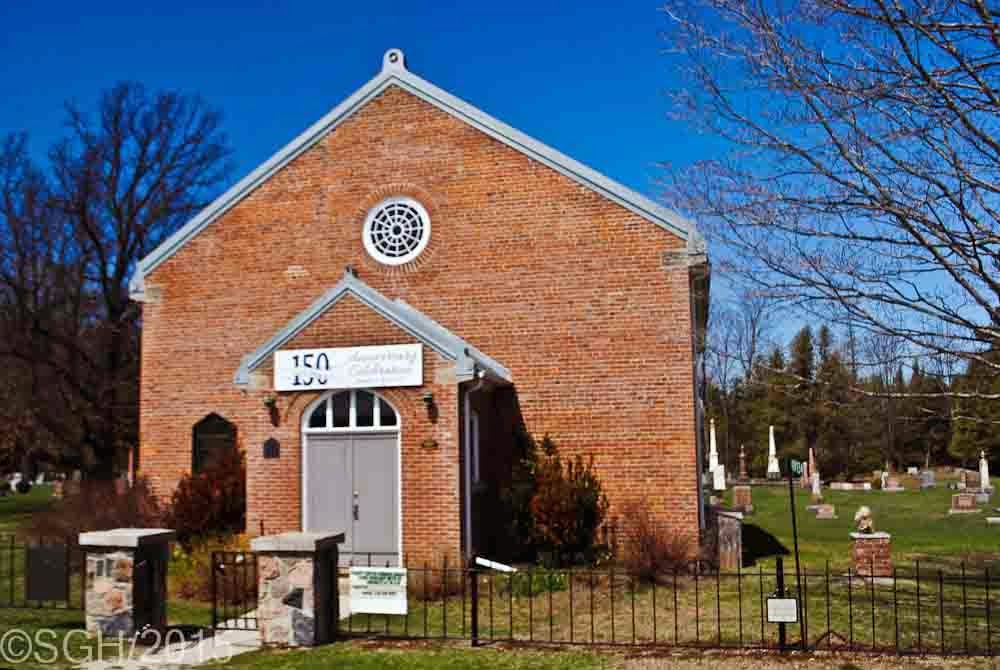 It is surrounded by a fairly large graveyard for a small country village.  Thomson grew up here in Leith, leaving when he was 21 in 1898 to pursue various jobs until he settled down as a commercial artist in Toronto. The church itself is quite significant architecturally, built in the simple Scottish non-comformist style with no interior decoration, in 1865.  No longer used as a church, it is maintained by the Friends of Leith Church as a concert venue, with numerous events held here over the year.  Nice little church window here too! 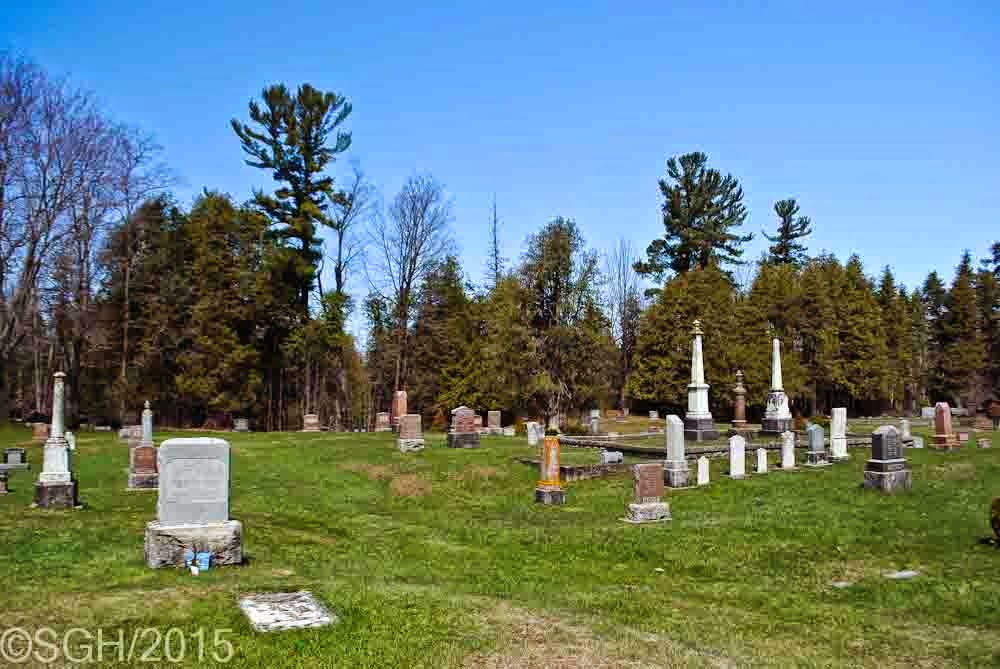 The big trees we were here to see are those tall White Pines towering over the woods at the back of the graveyard.  Thomson's grave is the light gray upright one on the left. 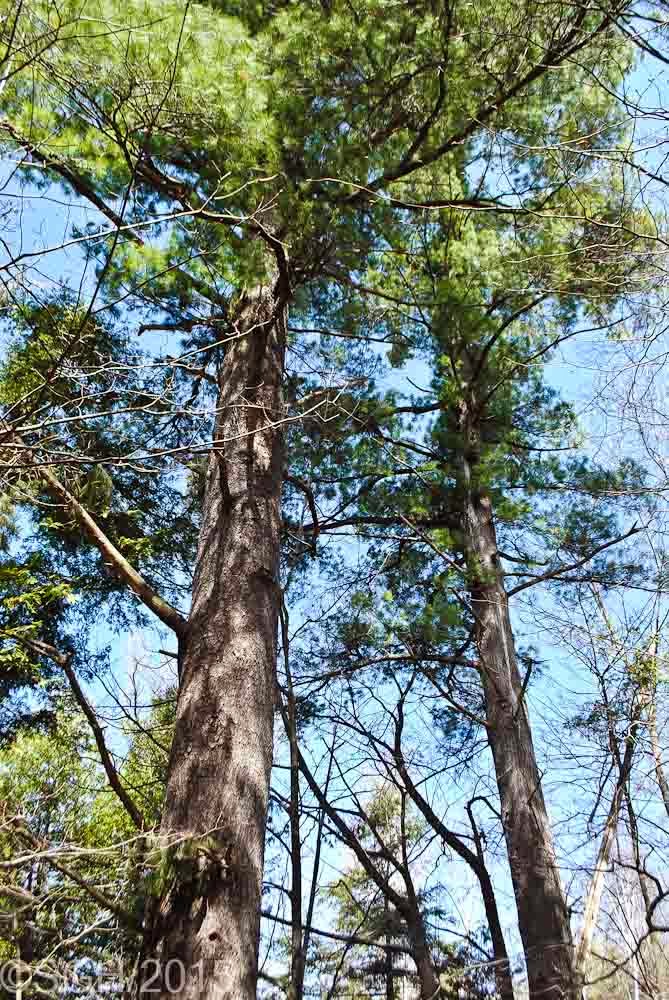 The big pines were worth seeing too, two of them over 30" diameter, very large and very tall for this part of Ontario.  They remind the visitor of Thomson's love for Algonquin Park, the canoeing heart of northern Ontario where he did most of his painting. 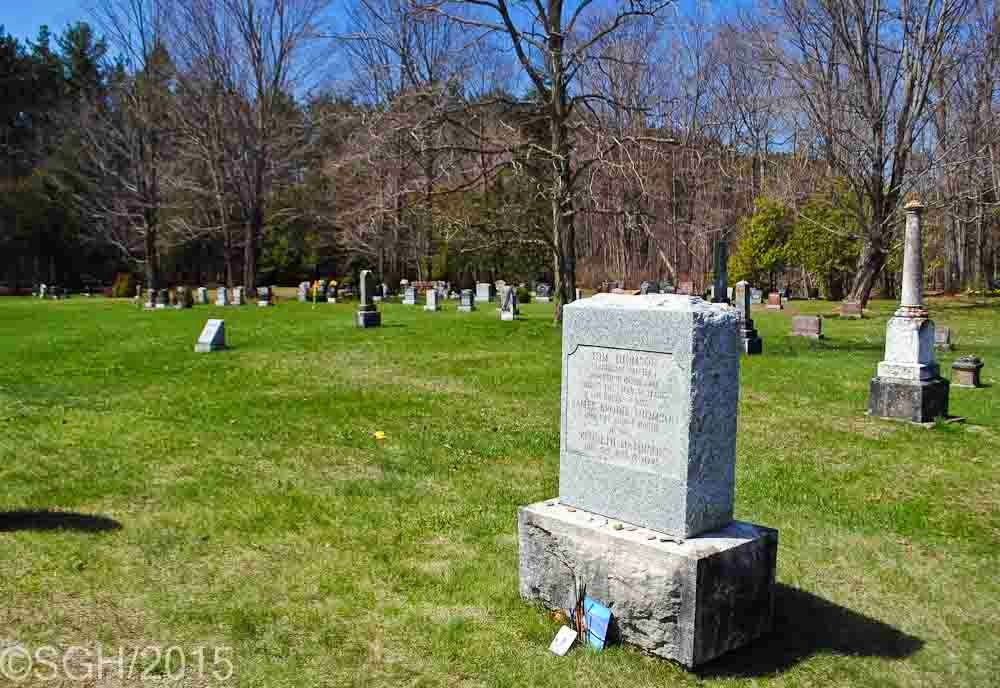 Thomson died a tragic death in a canoeing accident in Algonquin in 1917, at the age of 40.  He is one of Canada's best known landscape painters, and strongly influenced the Group of Seven, though not a member himself.  Google 'Thomson Paintings', click on images, and you'll see some of the spectacular paintings of the north (including pine trees), for which he is so well known. 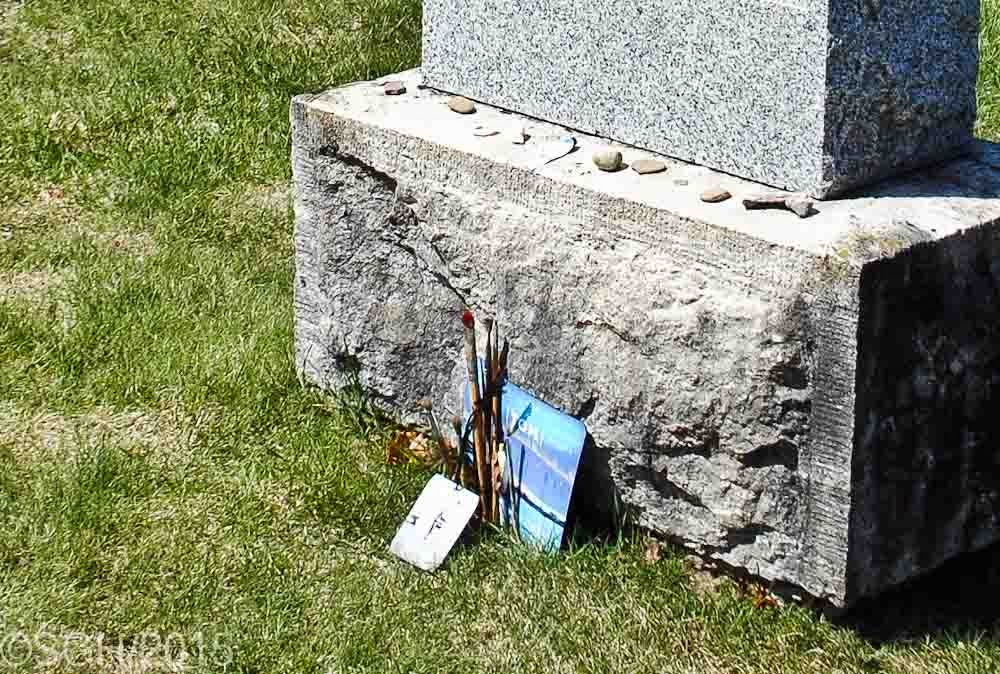 Visitors leave coins and pebbles, and nearly 100 years later someone has left a reproduction of a painting and a bouquet of used paintbrushes on his grave. 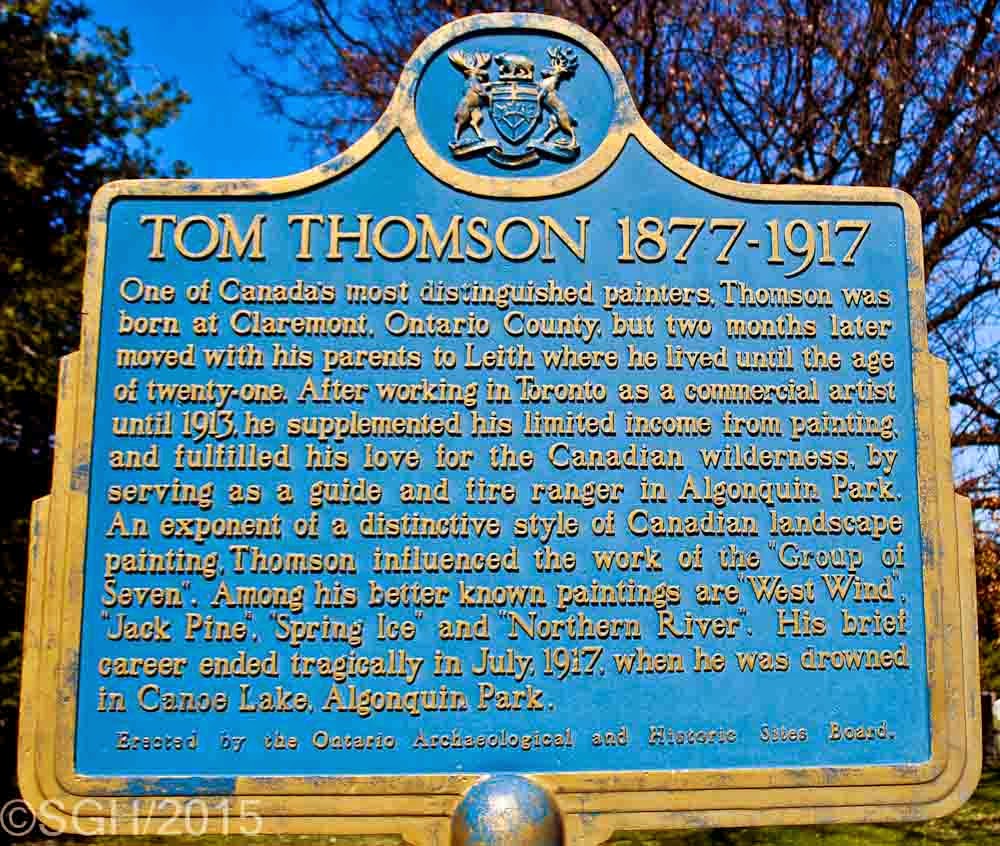 This is the historic plaque, for interest.  The local gallery is the Tom Thomson gallery, and he also had a brother who was a (less well known) painter.  My mother and her sisters knew his brother during the years they lived near Owen Sound. 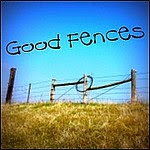