It's time for my monthly report on the Butternut tree I'm following this year.  This is turning out to be more challenging that I thought, both because the tree hasn't changed in appearance in 5 months (see last picture below), and because all the branches are too high to get pictures of buds or leaves emerging.  I'm not sure I made the best choice! 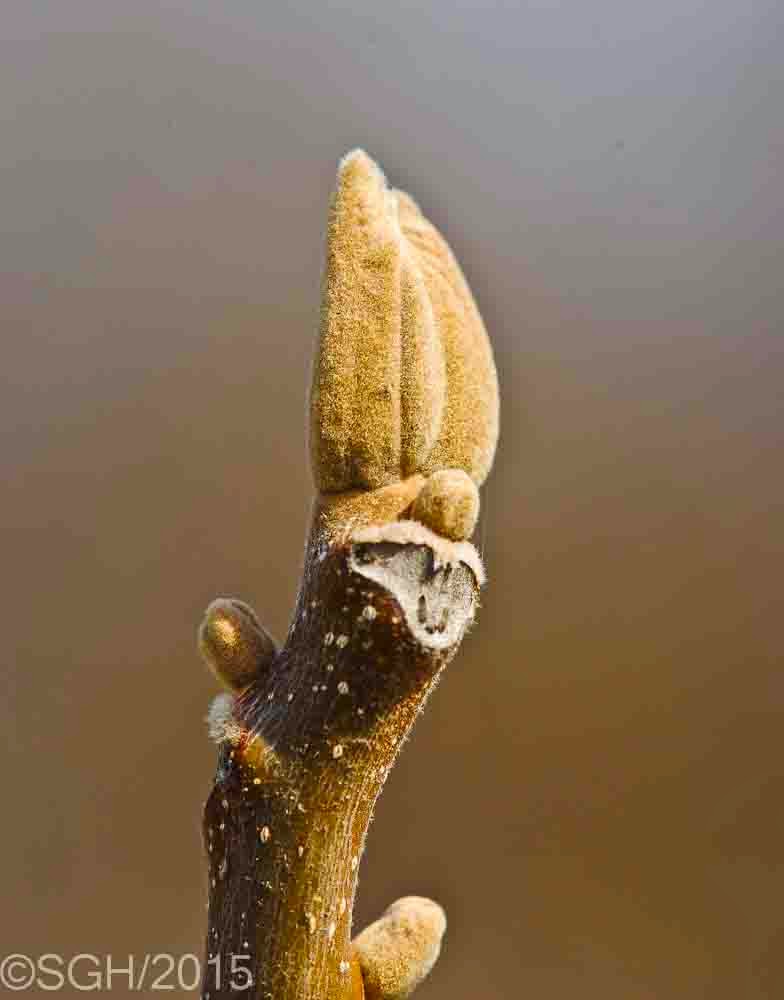 I've resorted to photographing one of the tree's grandchildren.  We have numerous Butternut saplings and seedlings around the yard where squirrels have apparently buried the nuts and they've sprouted.  Probably at least 30 young Butternuts on 2 acres.  As you can see, the buds on the young one are certainly swelling, and we'll see green leaves by next month. 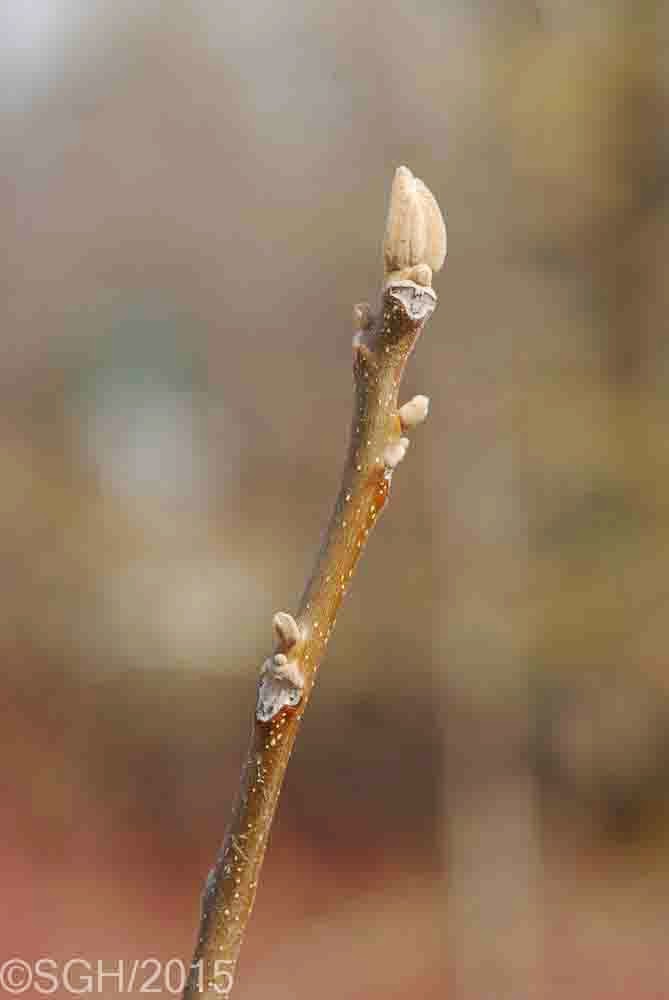 Butternuts have very obvious large light brown and furry buds, and really obvious bud scars just below each one where last year's leaves were attached.  You can see that the leaves emerge alternately on the stem, first on one side, and then on the other, not opposite. 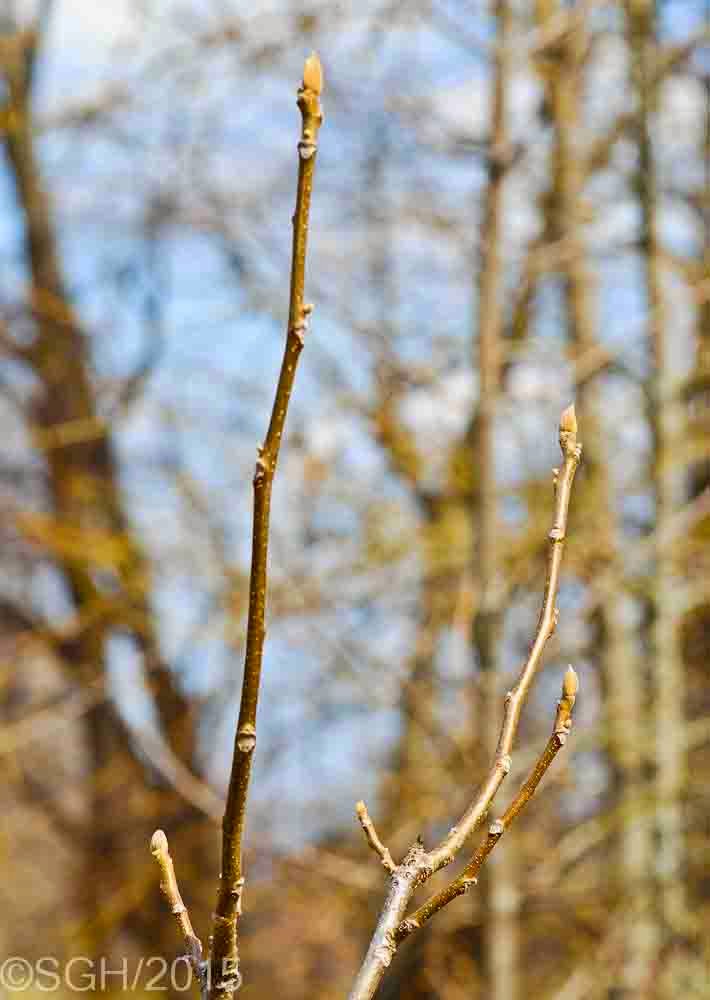 They have a relatively coarse branch and twig structure, and the buds are fat and blunt rather than narrow and sharp.  Once they emerge, the leaves will be compound, with numerous little leaflets. 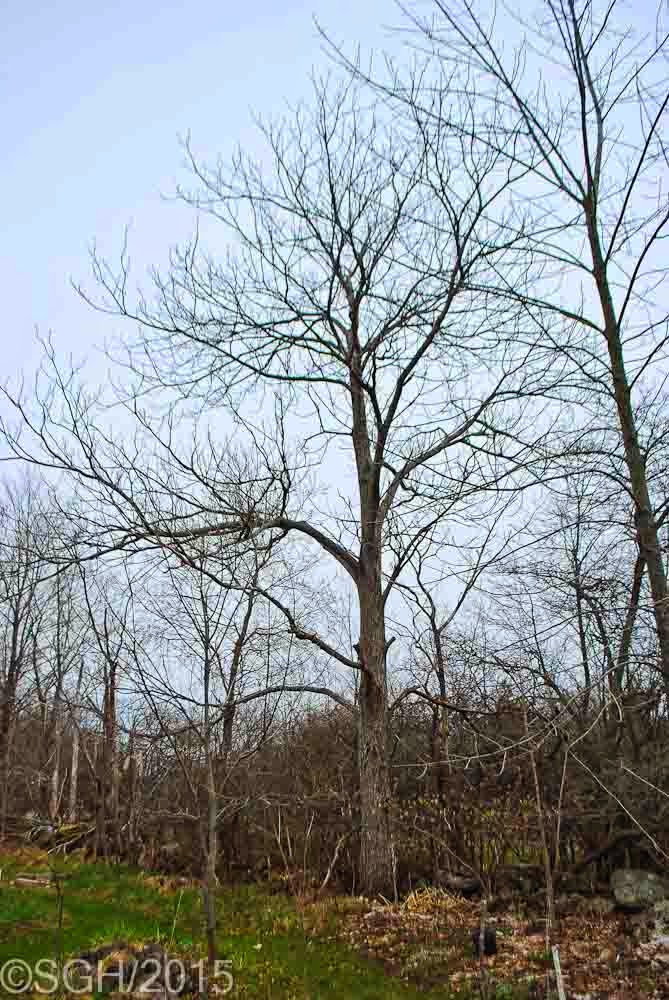 But at the moment, the big tree itself looks about like it's looked since I started in January.  In fact it's looked about the same since late last October (except it's now green underneath)!  Of course lots is happening inside that bark, but by next month we'll see a big change.