The Pond in the Woods

I've never really explored the pond in the woods, sticking to the trails when I walk, usually with the dog.  But after skirting it the other day I went back and walked around with my camera, (without the dog).  It's bigger and more interesting than I thought. 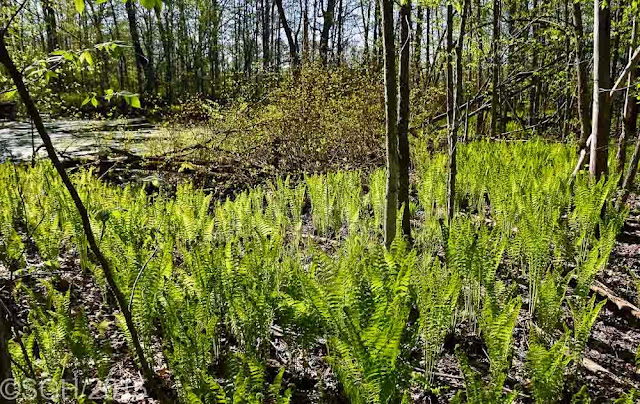 I approached the pond through a large bed of Ostrich Ferns, just past the fiddlehead stage, and unfurling their bright green leaves in the late afternoon sun. The pond already has a lot of Duckweed growing on the surface.  I expect that soon there won't be many reflections left.   It was pretty soggy underfoot around the edge of the pond too. 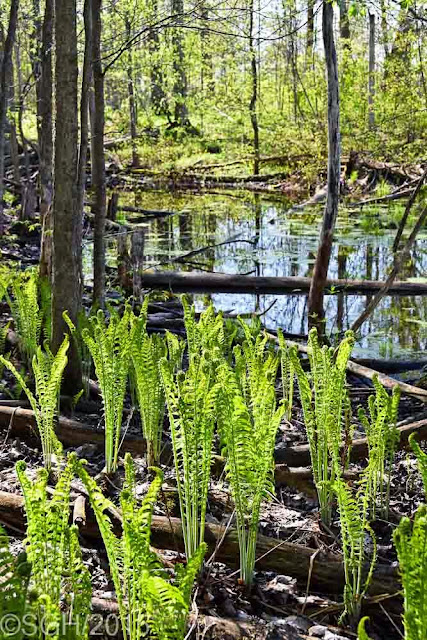 The ferns really stand out when they are newly unfurled, bright green, and lit by the sun. 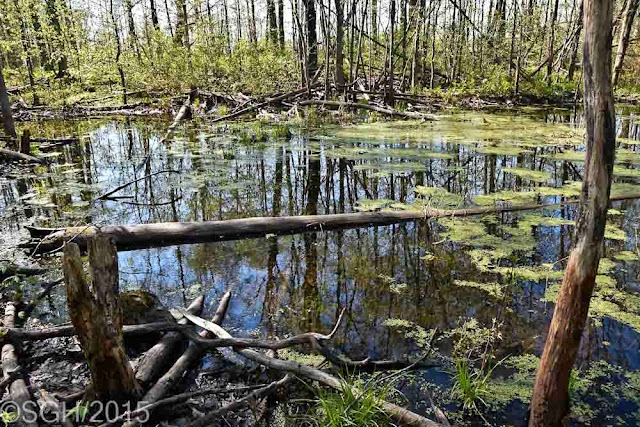 As I worked my way around the far end of the pond I realized that it was quite a bit bigger than I had previously thought; the parts you see from the trail are just two corners of it. 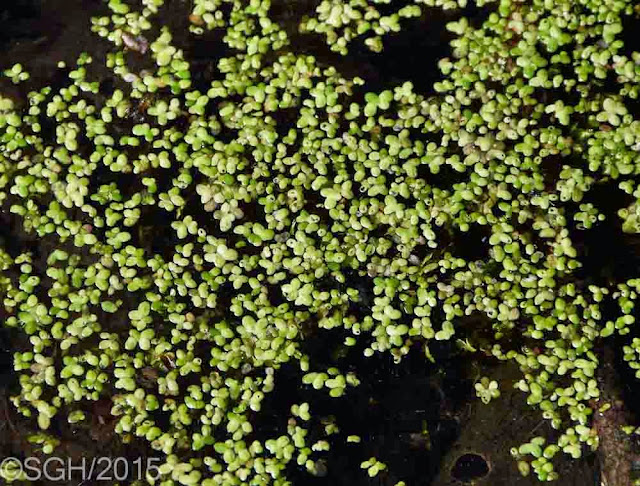 Burgeoning Duckweed floating on the surface of the water. 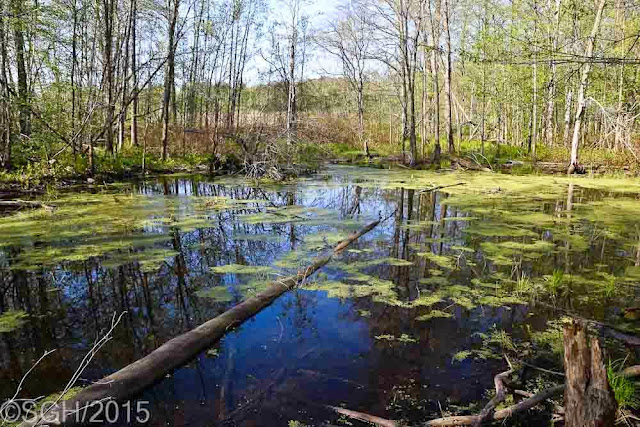 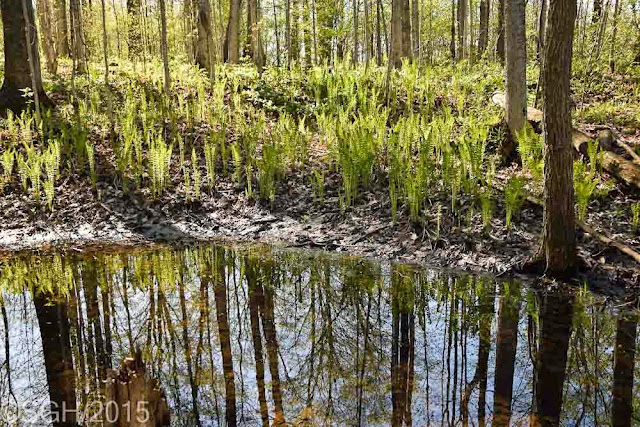 Passing the main pond, I found an extended area to the west, with less Duckweed, and more obvious reflections.  I'm discovering that the setting of my polarizing filter on the camera makes a big difference as to how the reflections show up - always learning by trial and error! 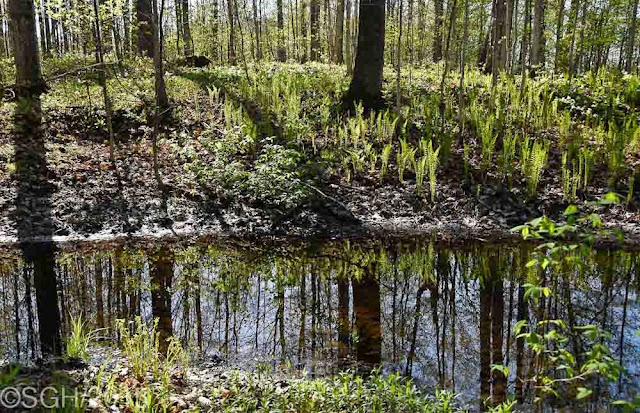 The banks of the pond here are a little steeper, but still lots of ferns. 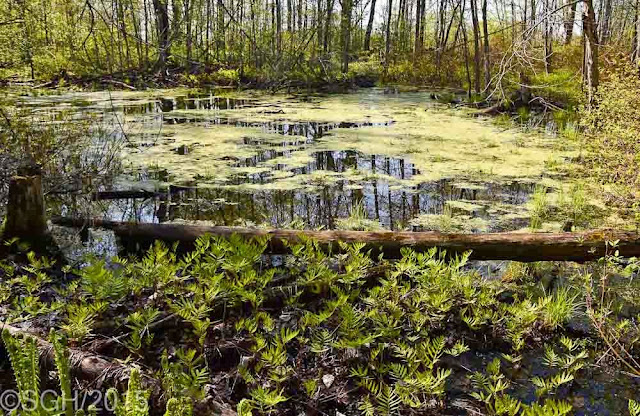 And back where I started I found quite a patch of Sensitive Ferns right at the edge of the water, beyond the fringe of Ostrich Fern.  I think I"ll be going back to check out the pond several times over the season. 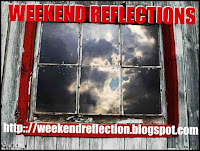