During these early weeks of spring, I keep watching for ferns emerging in their characteristic fiddleheads.  Did you know that ferns are the only group of plants that emerge in a 'fiddlehead' shape? It's a logarithmic spiral, and slowly uncurls until the frond is full size. 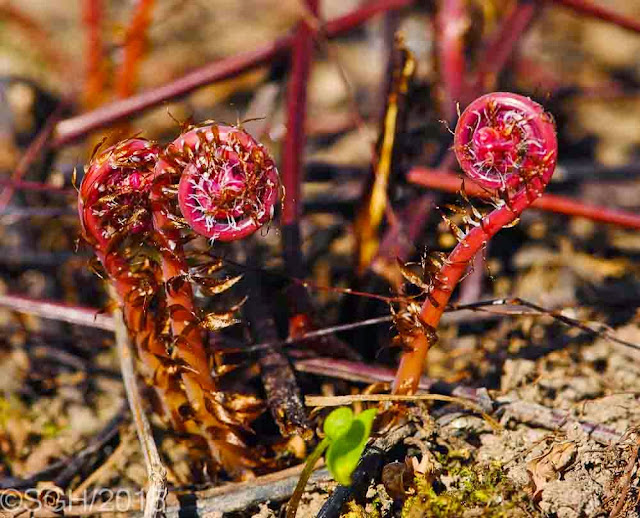 These are the tiny early fiddleheads of a Maidenhair Fern, as are those below. 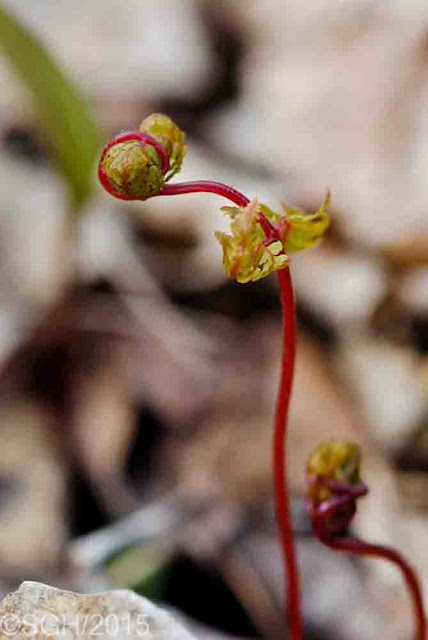 Both the curl on the end of a violin and that on a Bishop's crozier are modelled after the shape of fern fiddleheads. 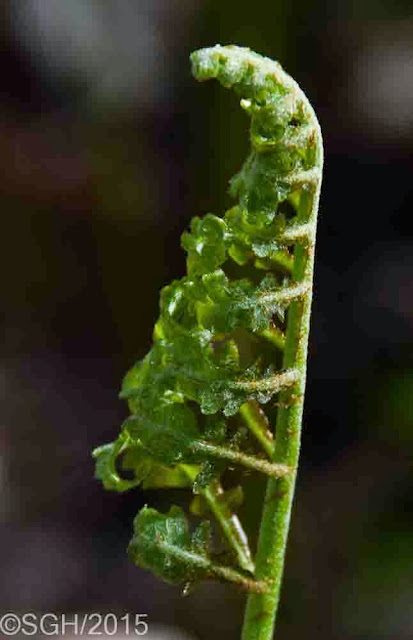 And this is a Sensitive Fern unfolding in the woods, just a few days ago, 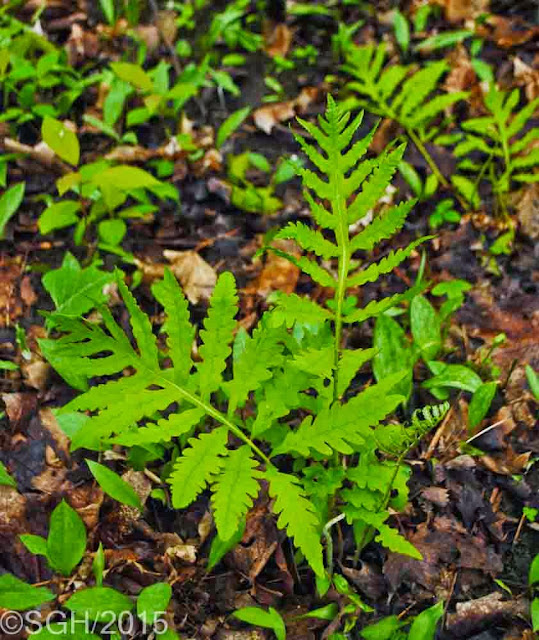 while this is a Sensitive Fern that's a little faster, and already unfolded. 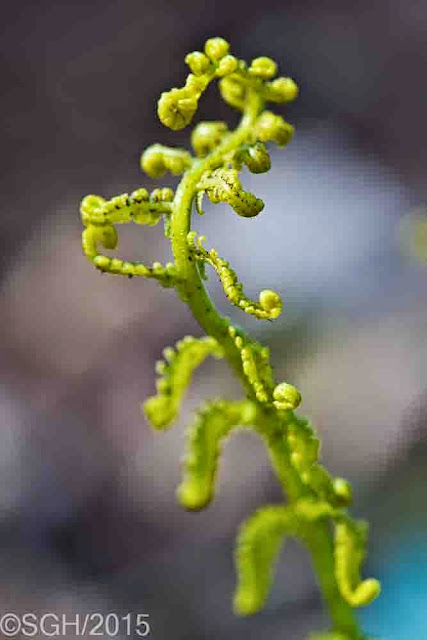 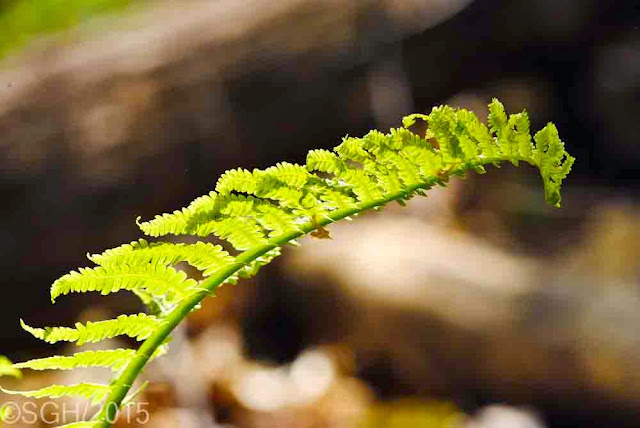 I think these two are both Lady Ferns. 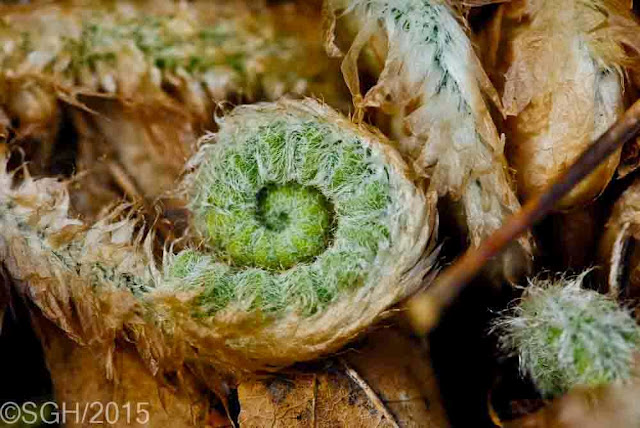 And this one is definitely a Christmas Fern, with its protective covering of outer scales. 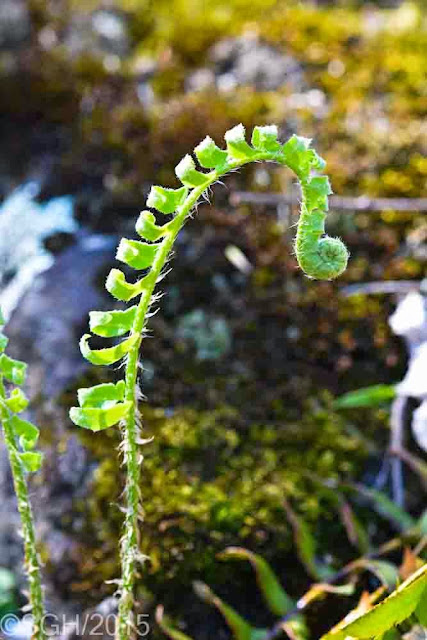 As is this, a little more unfolded. 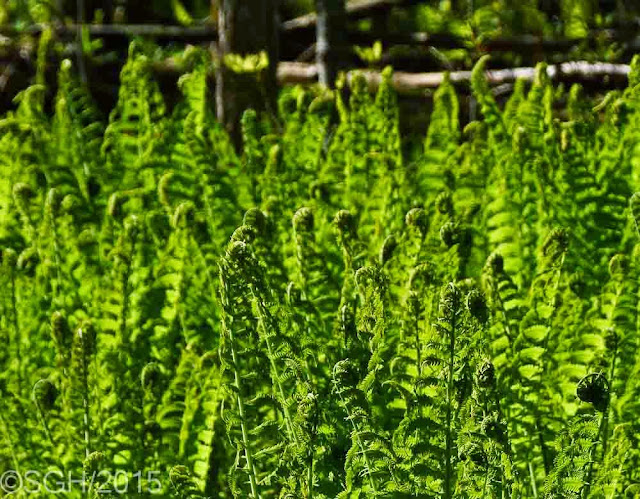 While these are the Ostrich Ferns down by the pond in the woods.   When people talk about eating fiddleheads, it is the early growth of this species that is the only edible fiddlehead in North America.  All the others range from not very tasty to poisonous!  So don't just go out in the woods and think you can pick any fiddleheads to eat. 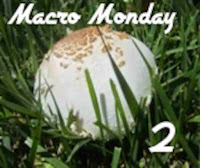