Yesterday, after physio, we drove further west and north of Shallow Lake to see if we could find any Sandhill Cranes.  This is the time of year when they gather to migrate, and we found at least several hundred of them.

They were all off at a great distance, which did not help with the photography, but there were certainly lots of them.

We first saw a clump of them as shown in the first photo above, but soon we realized they were spread out all along the edge of the corn that was yet to be harvested. 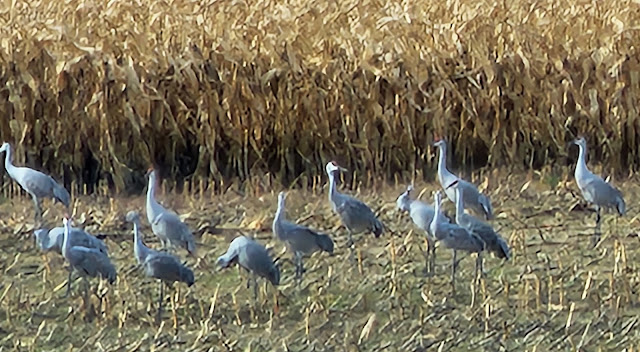 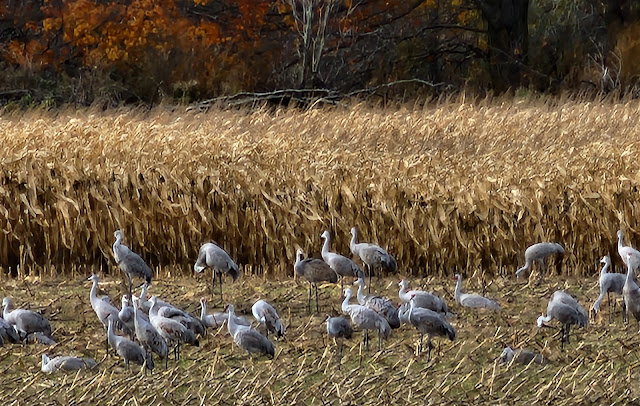 They were constantly on the move, most with heads down, pecking for kernels of corn.  I tried hard to get a close up showing the red patch on their head, but never did manage that.

As we reached the end of the narrow one-lane sideroad we could see this group apparently close to the other road. 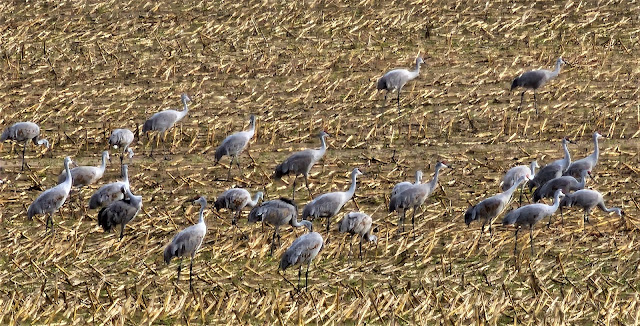 But by the time we reached that road, turned left, then drove down to find a place to turn around and return, the birds were some distance off, all heading steadily south, moving across the field.  You can see them all headed the same direction. 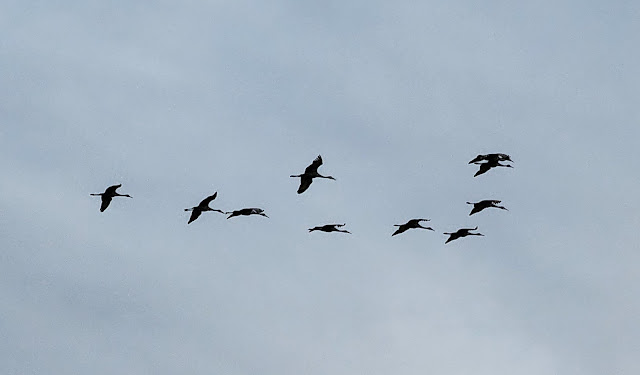 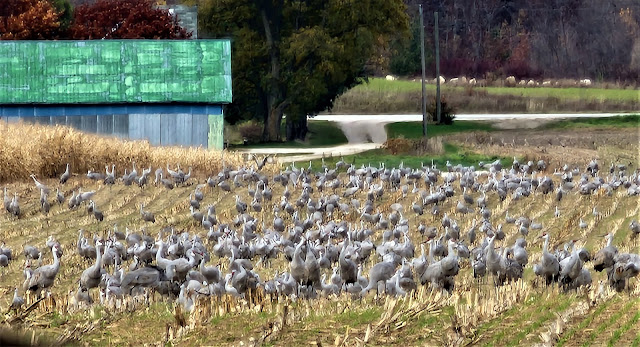 Finally we got around to the other concession and got a chance to look back up the field - there were hundreds!
We were intrigued that the gathering flock had moved two fields over from last year.  After looking at both fields we realized that last year the flock gathered on a harvested soybean field, which this year had been planted to winter wheat.  The clever cranes simply moved to a nearby field where the newly harvested cornfield provided plenty of food. 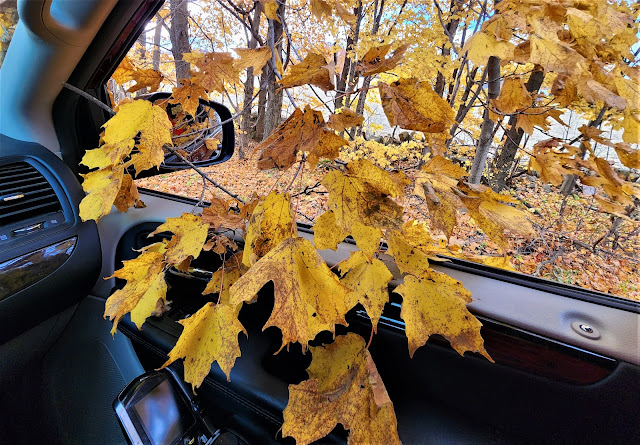 I do have to give credit to Mrs. F.G. who drove down the pothole-filled narrow sideroad, missing most of those potholes, and pulling over for heavy farm equipment - pulling over so much that the nearby trees invaded the car!  It was a great and successful adventure for us.
On the other hand I am disappointed in my photography.  There is something about this Samsung phone that just does not produce clear pictures when you use the amazing zoom.  It may be that I just cannot hold it steady enough.