Checking in on the Garden Jungle

Late June seems to be the time when plants grow fastest, and our garden is beginning to look like a jungle.  At this point it's the greenery that's growing, but at least for the veggies we're hoping that will turn into a crop by the end of the summer.  We're already enjoying some peas and tiny carrots. 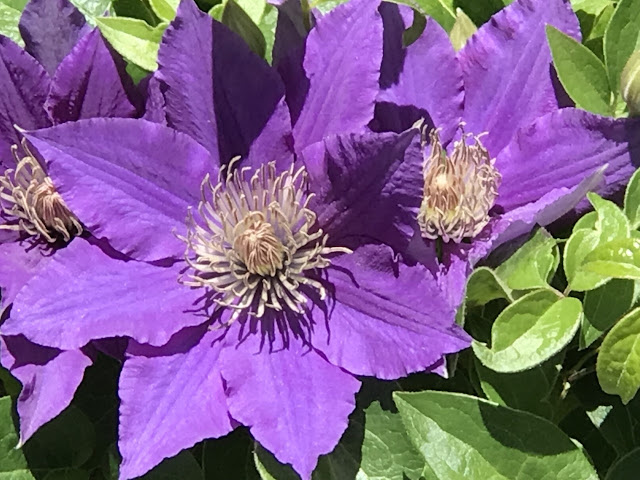 This lovely Clematis is blooming profusely at the moment.  It was kept in a smaller pot and just fell over the edges the past two years, but this year it's been moved to a larger pot and given a trellis to climb up. 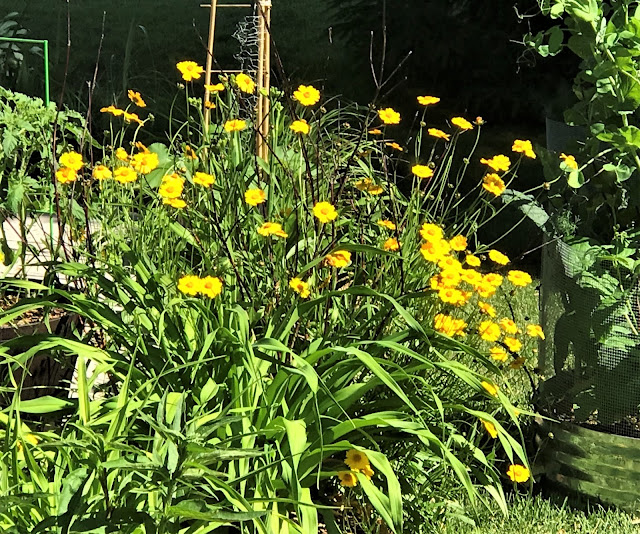 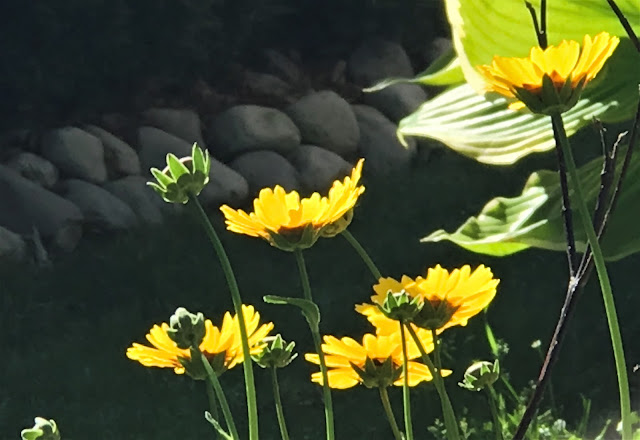 This big patch of Coreopsis is also blooming wildly, forming a bright yellow patch straight out from the living room window.  Soon it will be replaced by the Day Lilies. 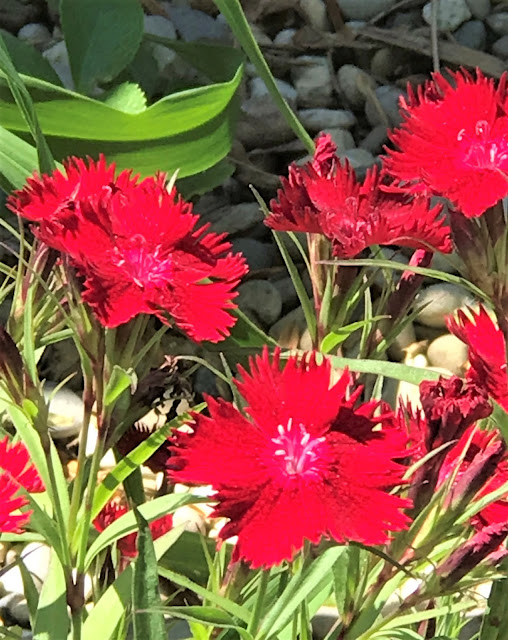 We have a small group of Sweet William flowers in bright red. 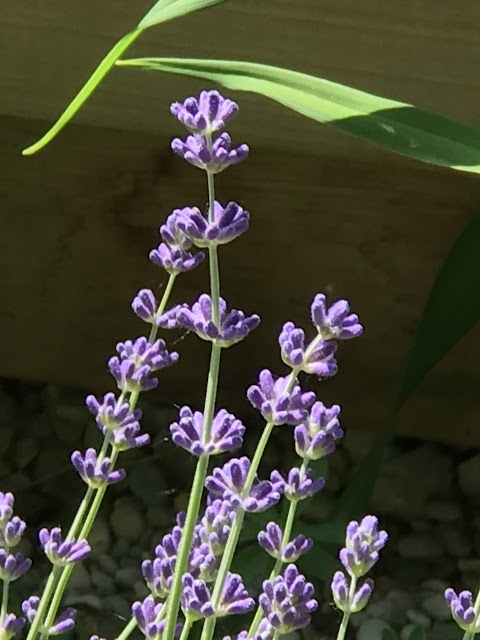 We have several Lavender plants that started out as tiny little flowers in 3" pots.  Now they're a foot across and about to flower. 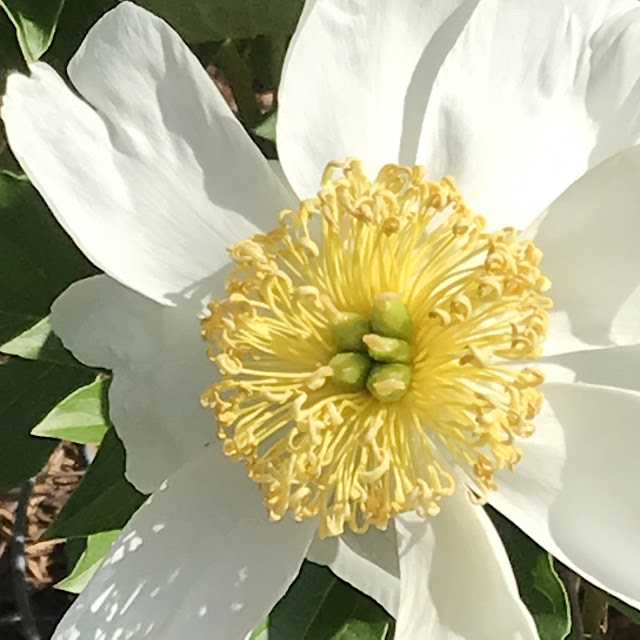 The Peonies, so bright for awhile, are now beginning to fade. 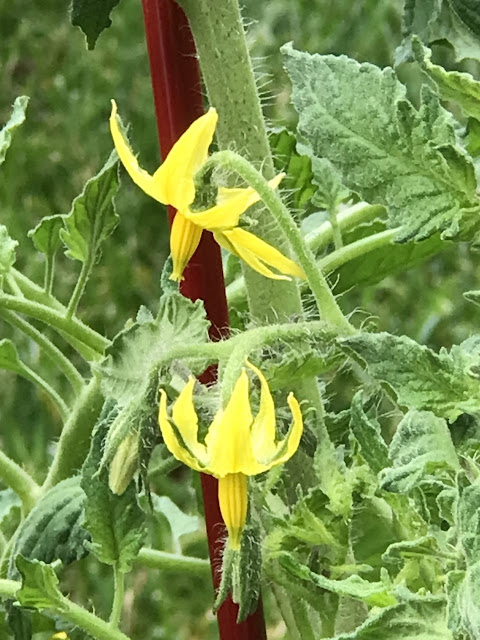 While the Peonies fade, the tomatoes are beginning to flower.  With failed crops the past two years we're really hoping for a bounty this year! 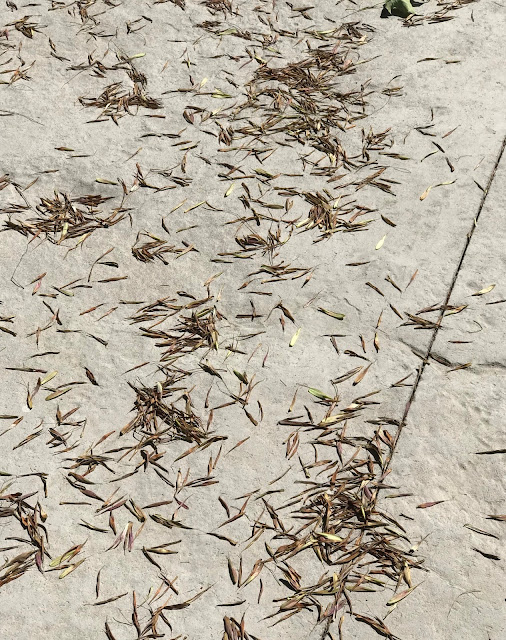 A couple of other interesting things of note.  On one very windy day recently we had a heavy rain of ash seeds, probably still undeveloped at this time of year.  It makes me wonder if they know the Emerald Ash Borer is approaching, from only a block away where I've counted 20 large White Ash dying. 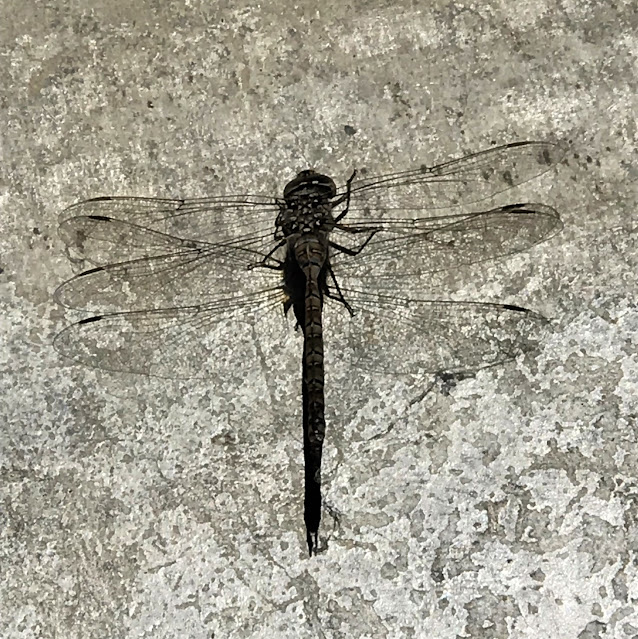 And at the front of our garage this enormous Dragonfly paused long enough for a picture.  I swear it was 4" across.  I don't think those are a third pair of wings, but the shadow of the hind wings on the concrete.
The garden will continue to grow, but I'm going to turn to other topics for awhile.  See you soon.  And those strawberries yesterday, I only ate a few.  We make jam in jars because the freezer is full of other stuff!