The earliest group of photos I haven't shared were taken on two or three different rides down to the harbour.  I always enjoy getting down by the water, though unless there's a good offshore breeze, and it's very warm I do find it chilly yet.  These won't be new to you if you've been following in previous years, but here they are. 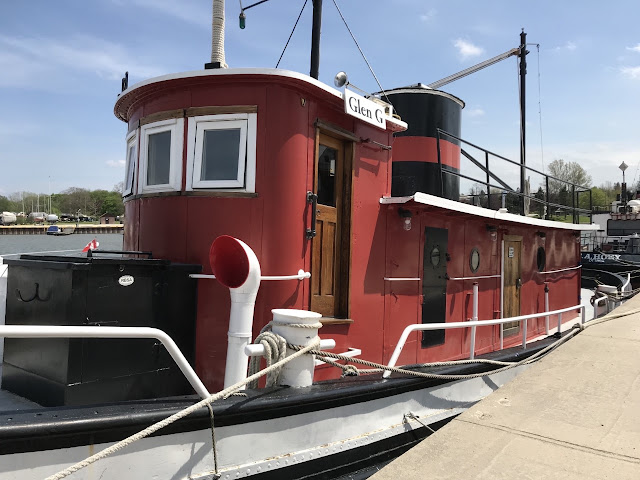 The Glen G. should be familiar to you; it spends the summers docked in Collingwood but the other nearly 10 months docked here in Meaford.  It's an old steam tug built in 1909 (witness the big funnel), and converted to diesel in 1948.  It's on its sixth owner and currently serves as a floating cottage for a guy who loves fishing in the bay. 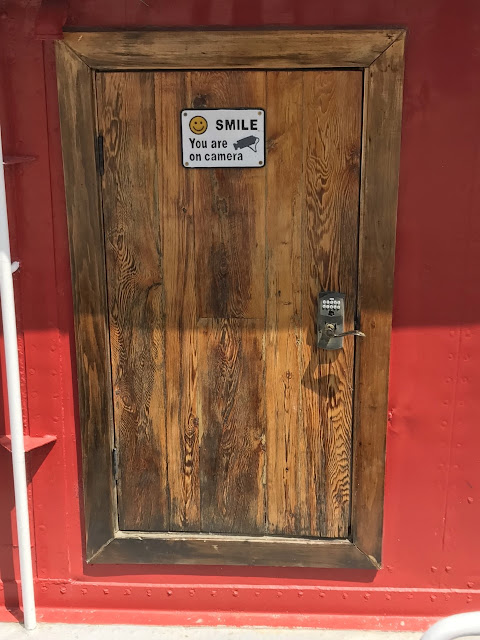 I was amused by this sign on the cabin door, but could see no sign of the camera! 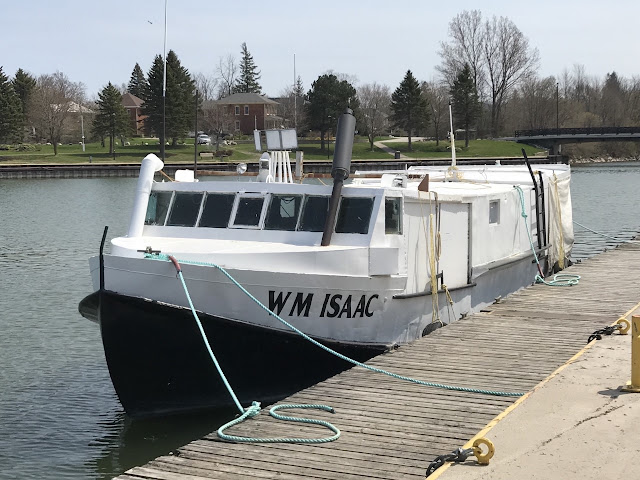 The W.M. Isaac is a new ship in town.  It definitely looks like a fishing tug, but I've been unable to find any information about it. 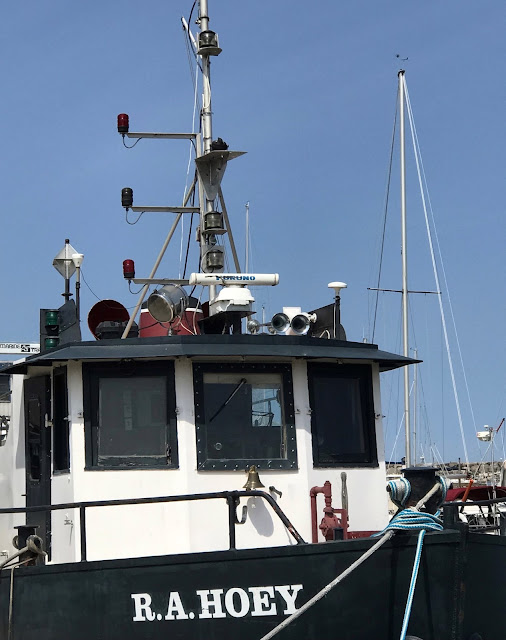 The R.A. Hoey has been here for several years, almost permanently docked it would seem and currently for sale as a passenger vessel. 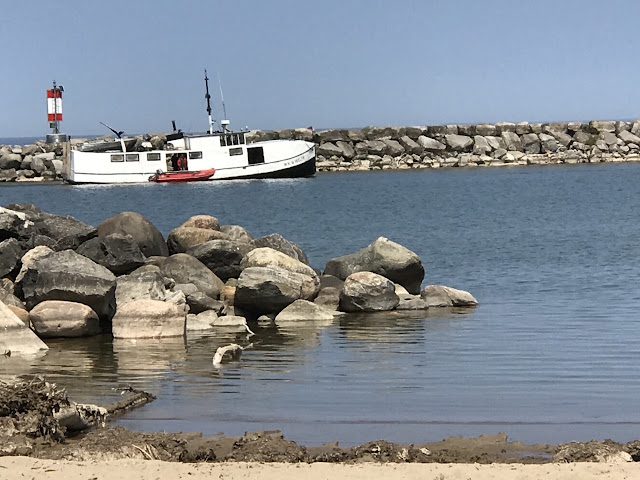 The W.H. Wheeler, just entering the harbour from Georgian Bay where it has undoubtedly been fishing for whitefish and lake trout. As you get down toward Fred Raper Park, there's been a lot of shoreline repair with small broken pieces of limestone.  That's Cape Rich, home to the military base, in the background. 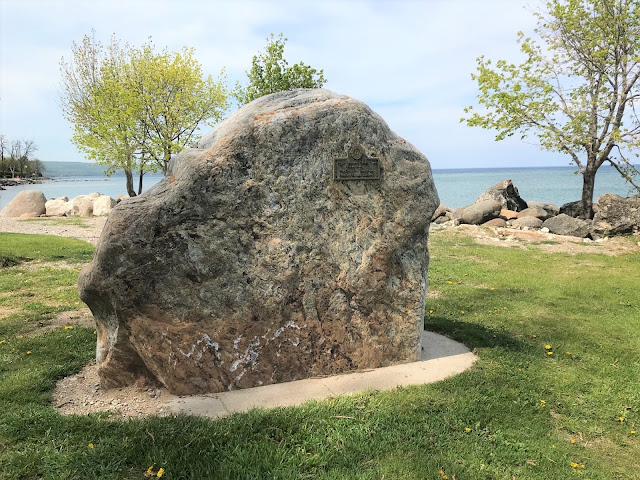 And as you enter the park there is an enormous boulder decorated with a small plaque, acknowledging the Rotary Club, the Apple Harvest Craft Show, MacDonald's Furniture, and Stanley Knight Limited, presumably for their contributions to developing this small park.  Fred Raper was one of Meaford's early settlers.

Beyond this there is a small gravelly beach where you do see people lounging, or even swimming (!) if it's hot enough.  Certainly none of that yet this year. 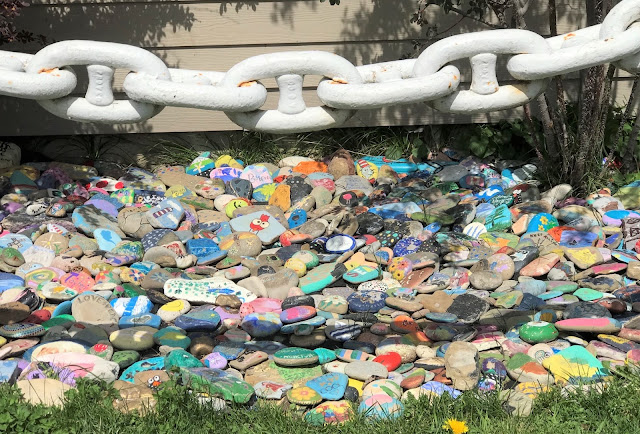 I was intrigued to see a large collection of painted rocks outside the museum.  Meaford's rock snake was started by local public school student Cleighton Carbert, a line of painted rocks along the Georgian Trail.  Cleighton was awarded the Youth Spirit Award for his efforts.  In December the rocks were moved to this 'permanent outdoor exhibit' outside the museum, and there's a display telling the story inside the museum.  I must get in there and find out some more details.