I Admit It, I'm a Royalist

Celebrations of the Queen's Platinum Jubilee have been underway in the UK this weekend, and I'm glad to admit I'm a royalist.  I enjoy the history, and pomp and pageantry involved, and stories of the Royal Family themselves, for better or worse!

So we watched a little of the celebrations, and I actually snapped some shots off the TV screen.  I think the last time I did that was for the first moon landing, in 1969, but my relationship with the Queen and photography goes back further than that.  It was during the Queen's tour of Canada in 1959 that we travelled to Stratford to watch her drive slowly by in her motorcade, heading for the Stratford Festival Theatre.  I had my small Brownie camera and successfully snapped a picture of the Queen smiling out the car window beside me.

So skip on if you're not interested, while I record the event for my own posterity! 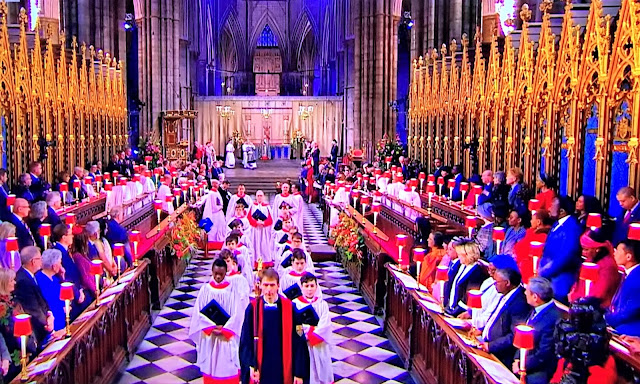 The scene in Westminster Abbey as the boys choir processes out. 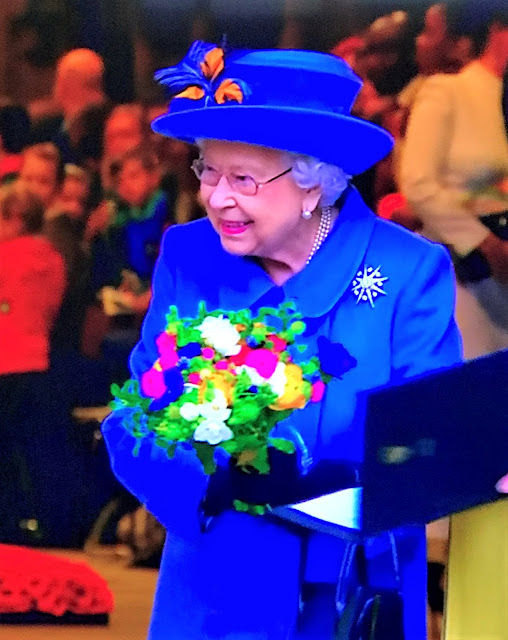 The Queen speaking to an admirer. 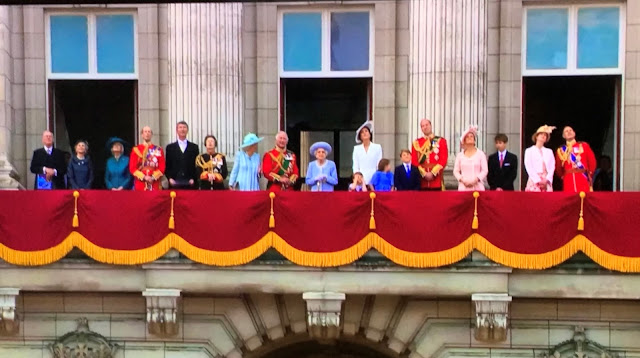 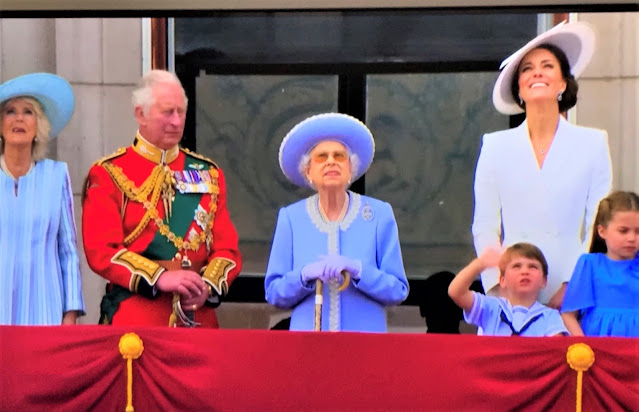 While the Queen, Camilla and Catherine look up at the flypast with Prince Louis, Prince Charles looks down at Louis waving, the star of the show.

I said I was a royalist, but I'm not sure I'm a monarchist, which to me is a political position.  Here in Canada it seems to me almost irrelevant as the Queen has only a miniscule role in our government, and that only a symbolic one.

So why am I a royalist?  First, I respect the Queen personally for her dedication and commitment over 70 years.  Second, I admit I find the stories of the family fascinating.  We've been to both Windsor and Balmoral Castles, and it's definitely a lifestyle I could enjoy.

And finally there's the history.  Many may not be aware that the British Royal Family gets its legitimacy as an unbroken line of succession, from Scotland, not England.  The most obvious gap in the English line of succession was of course after Elizabeth I, as she never married and her father's other children preceded her in death.

Scottish succession had proceeded unbroken for hundreds of years before that, from the great Robert the Bruce onwards, becoming the /Stewart Dynasty.  Eventually along came James Stuart VI of Scotland who was actually next in succession to the English throne as well, and became King of England  together with Scotland.  Eventually the countries merged under the United Kingdom flag.

And of course I'm a Stewart myself, my grandmother having been a Stuart.  I was named after her.  the spelling of Stewart was changed to Stuart by Mary Queen of Scots because she was brought up from a very early age in France.  Stuart is the French spelling of Stewart, but I go by Stewart.