We headed out for a drive yesterday to see if we could find some Sandhill Cranes.  Until a decade ago they were rarely seen here, but now they seem almost common; you may remember we have seen 1000 or more in a huge migratory flock, feeding on corn left behind after harvest.  That happened in early November two years ago.  This time Mrs. F.G. had seen a Facebook post showing Sandhill Cranes 'near Elsinore'.  So off we went.

When we got to Elsinore (west of Owen Sound on the highway to Southampton) we headed north on a sideroad, and before long discovered this group of four marching across a winter wheat field.  The Cranes separate into pairs and nest in the many wetlands around here during the summer, largely out of sight, then start gathering as family groups in the fall to be ready for migration. 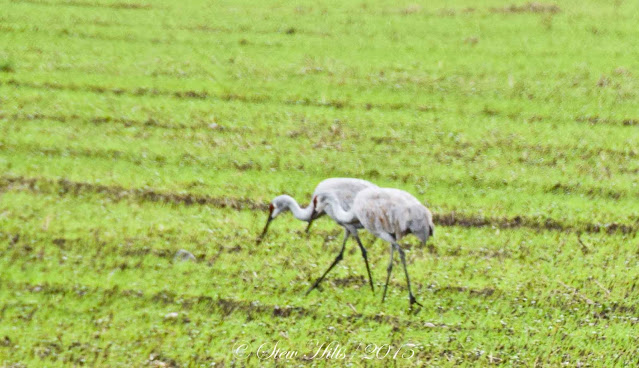 This is a typical stance of the cranes as they walk across a field searching for food.  They basically eat anything, from plants and seeds to invertebrates and small animals or birds. 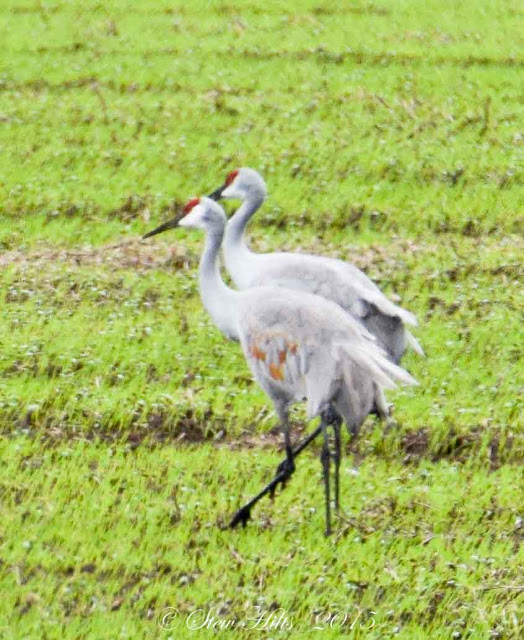 Although all these shots are cropped down dramatically from shots with my Nikon 200 mm. zoom and are therefore a little blurry, this shot does show the red patch of feathers on their head.

This was my favourite shot of that first group. 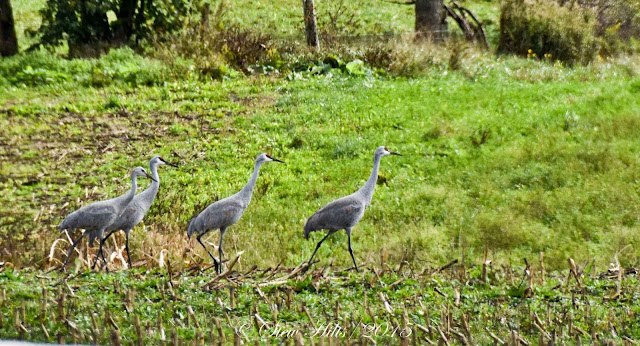 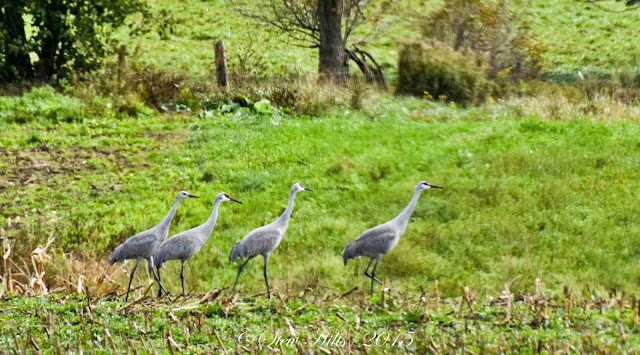 We drove back to Highway 21 and took the first south concession road where we saw three more groups, one in the far distance where I counted 19 individuals.  But I enjoyed this group of four walking steadily across another field in the distance.  Compare the background in the shots to see their steady progress. 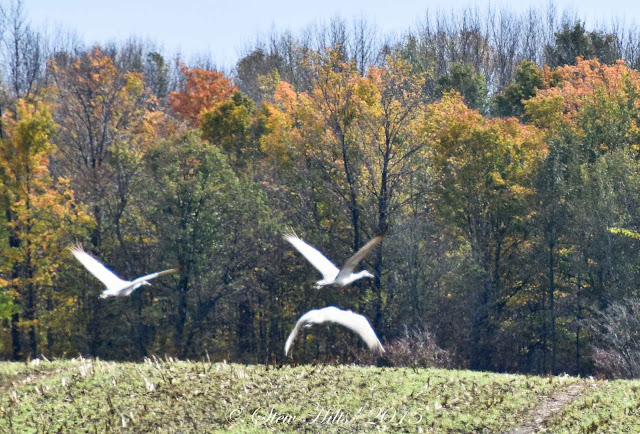 And these three were in a flock of 8 when they lifted off and headed further away.  They have up to a six foot sing span and look very graceful when flying.  All in all we saw nearly 40 Sandhill Cranes in all, and I got what I think are my best photos of them ever.