While we were in Harrison Park last week I got another chance to ride the One-Mile Trail.  Now paved, it's a wonderful meditative trail for me, through a forest with a number of really big old trees. 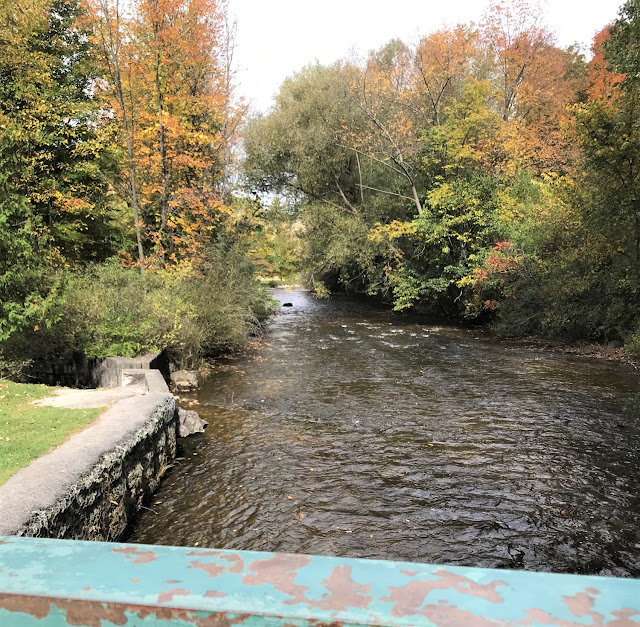 We stopped at the bridge first, to check out the fish.  It seems we have missed the salmon run; we need to be here in later September for that. 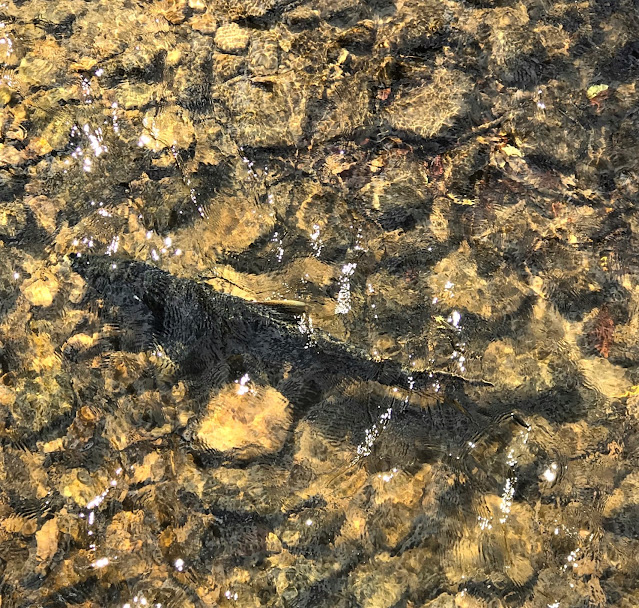 We did see one big fish. though it's probably a steelhead rather than a salmon. 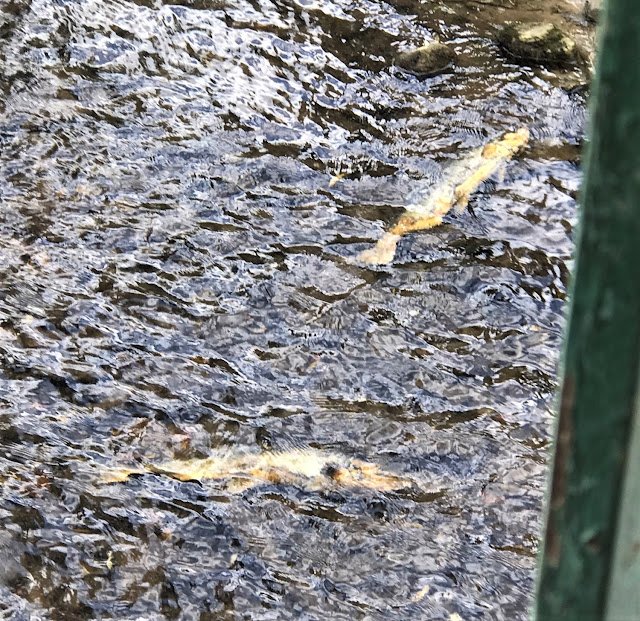 There were a number of dead salmon though, probably finished their battle upstream and starting the next generation, so now they're simply done. 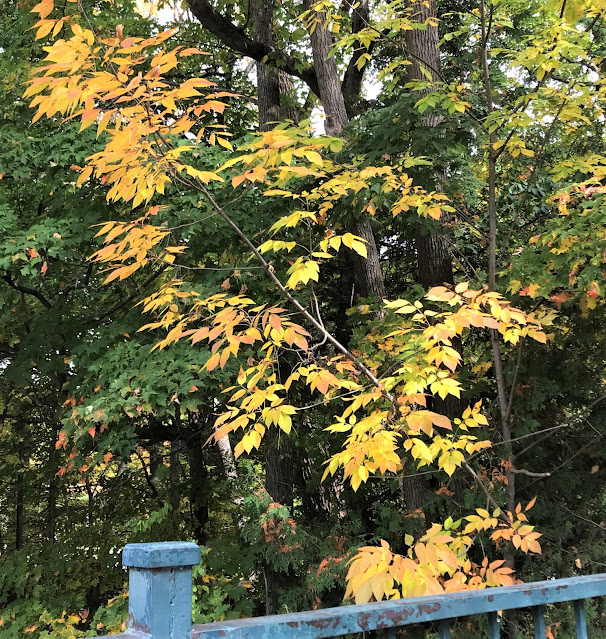 There were lots of leaves looking colourful right there at the bridge, but... 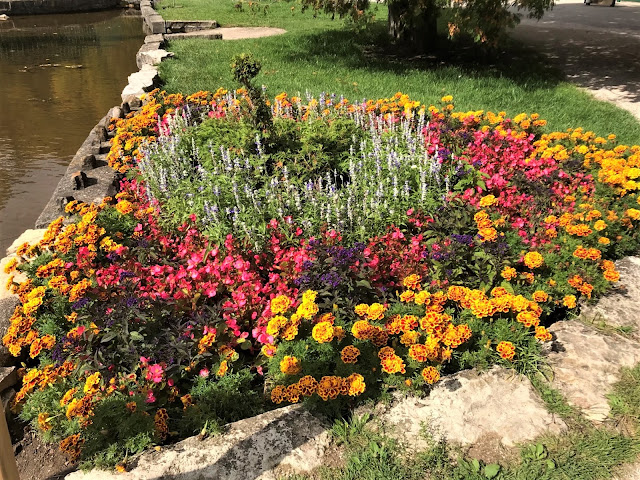 Mrs. F.G. saw the flowers and decided that she would deadhead and search for seeds rather than walk in the woods.  I was on my own! 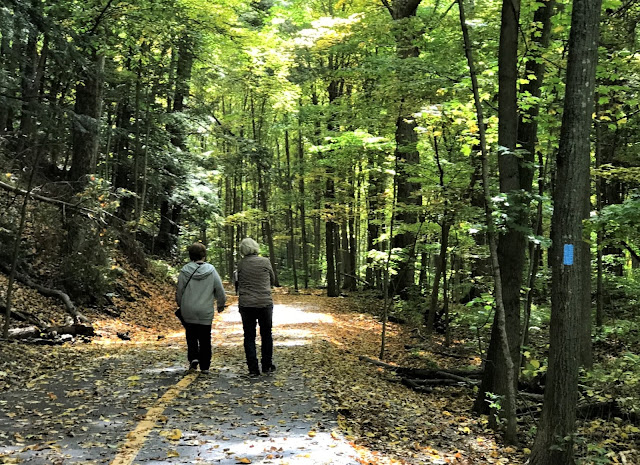 I headed down the wooded trail following these two women.  I saw a lot of people out walking on the trail that afternoon. 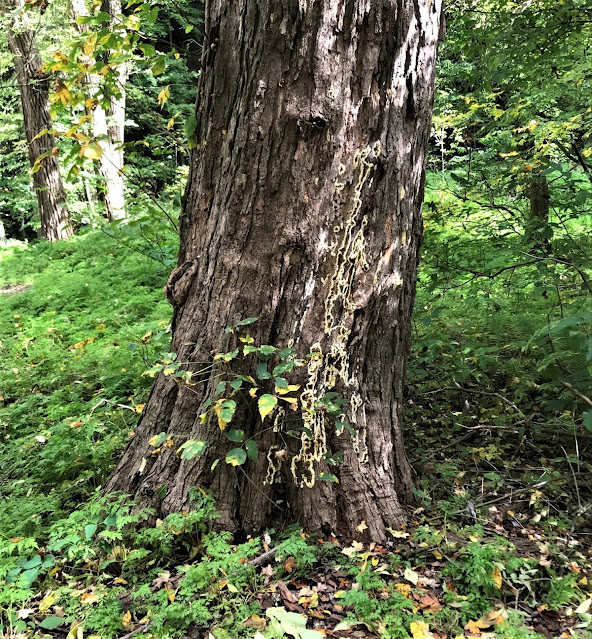 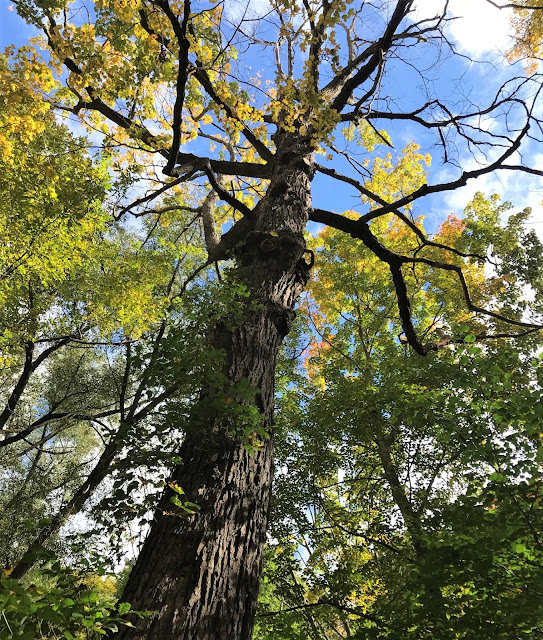 Immediately I stopped to get a picture of this giant old Sugar Maple.  It's bigger than it looks in the picture. 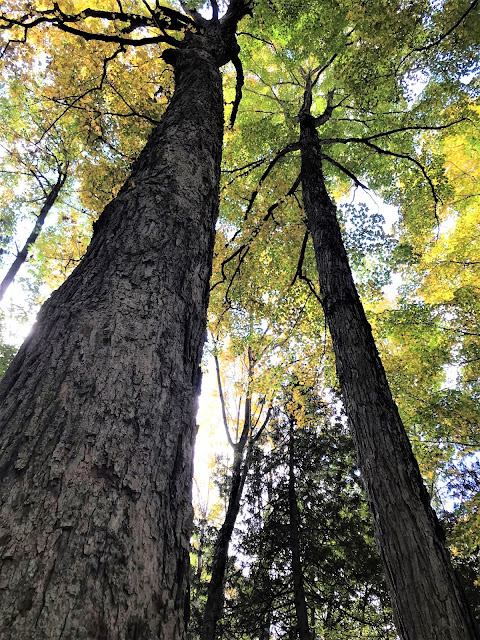 And these two a little further down the trail. 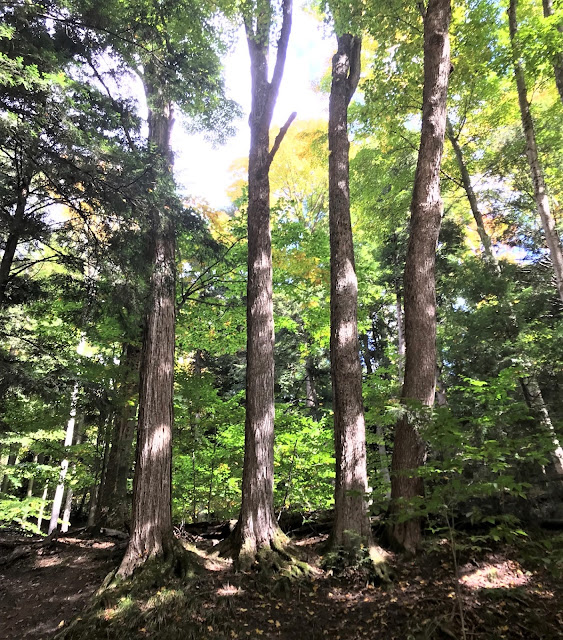 Rode under these tall sentinels above me on the steep slope. 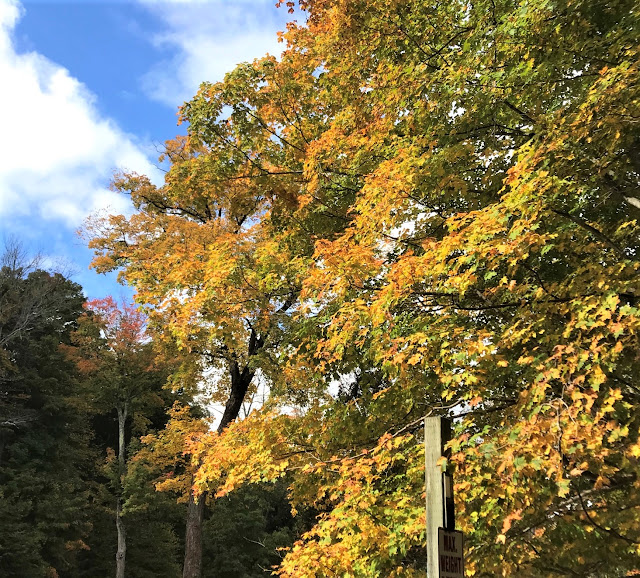 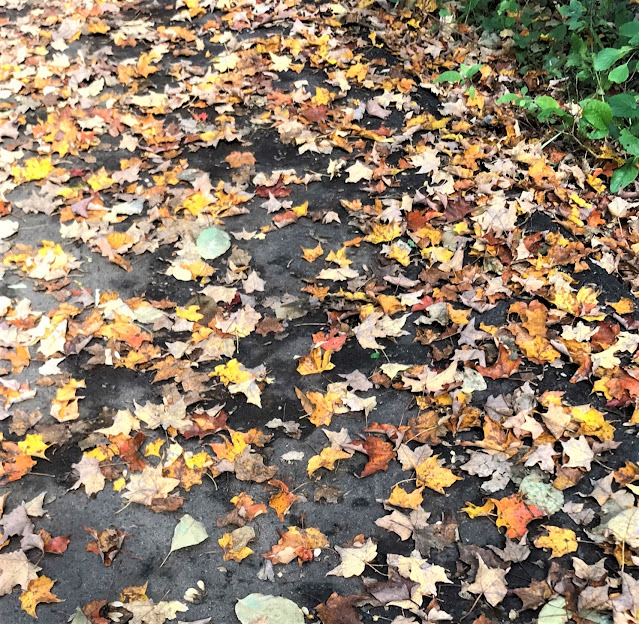 And found a few more colourful leaves at the far end of the trail. 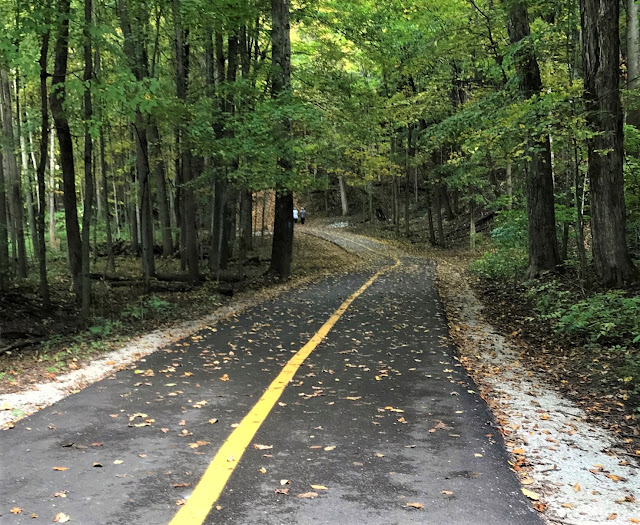 I like the views of the trail disappearing around the bend. 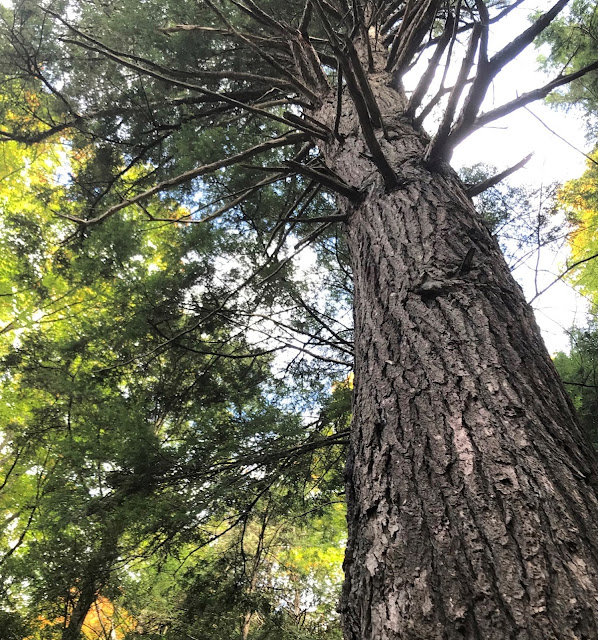 Passed right beside the massive trunk of this old Hemlock. 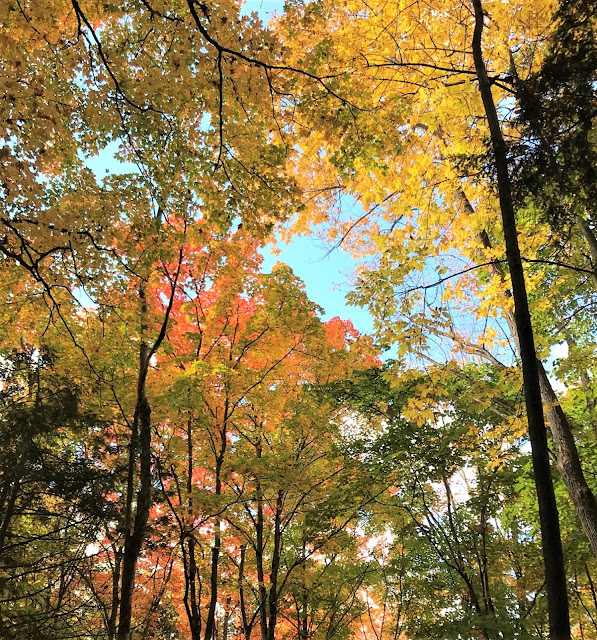 And looked up at some more colourful leaves.  All in all a very memorable half hour for me!