Mrs. F.G. has always chosen plants to favour pollinators, from butterflies down to tiny bees.  We feel she's been quite successful as there are always bugs of various sorts buzzing around the garden.  That gave her the idea that I should do a post on stamens and pistils, which are of course critical to the flowers reproduction and entirely dependent on pollinators. 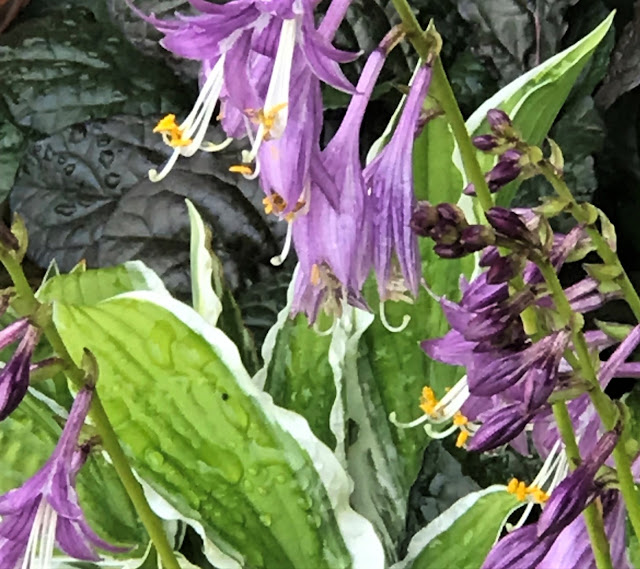 Pistils and stamens are usually easy to see, as are pollinators.  You can clearly see the single longer pistil in these Hosta flowers,, and several slightly shorter stamens that carry the pollen. 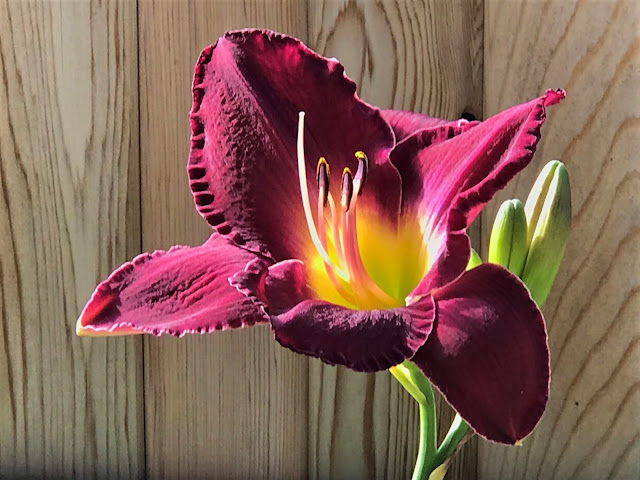 This Day Lily flower is an excellent example and easy to see.  The single tall white stem is the pistil and the three visible shorter stems are the stamens, with the pollen held at the top. 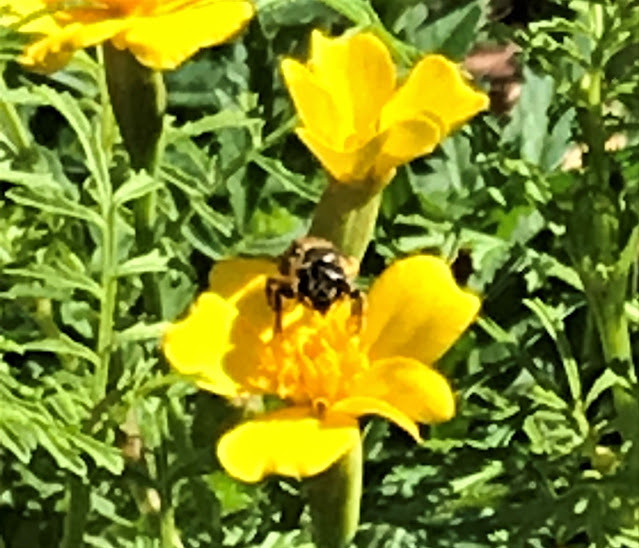 There are lots of pollinators, from bumblebees on down. 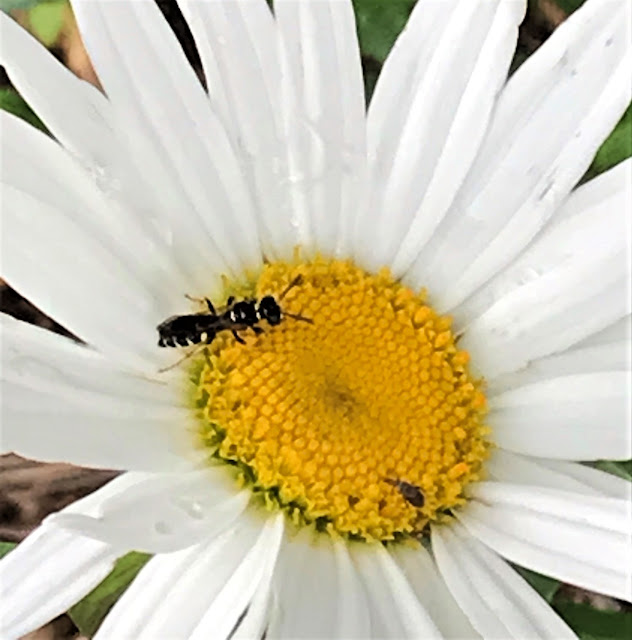 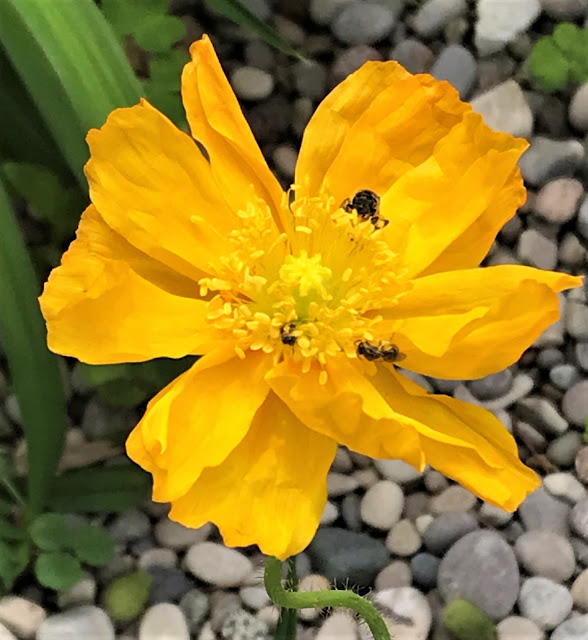 Two tiny bees on a Daisy and three little bugs on a Poppy. 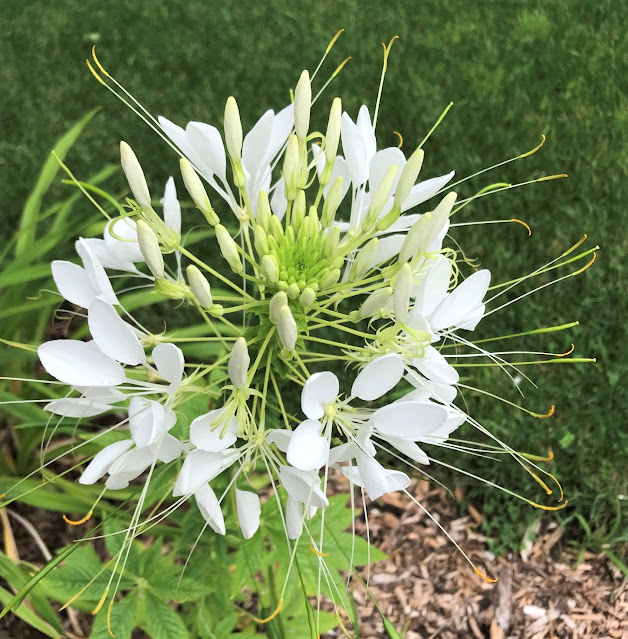 It was the Cleome flowers that first struck Mrs. F.G.  Look at how far out the pistils and stamens reach.  Even here you can probably see the difference between stamens (with pollen) and pistils (without). 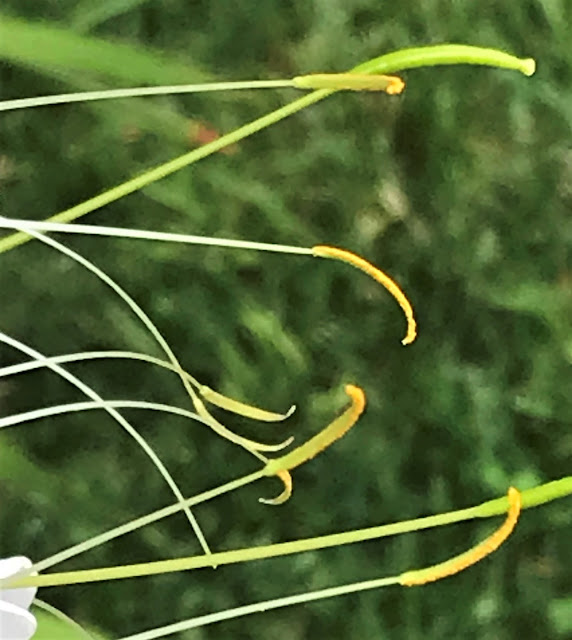 There is only one pistil totally visible here, at the top, looking mostly greenish and longer than the pollen-holding stamens.  The pollen on some stamens here simply has not matured yet. 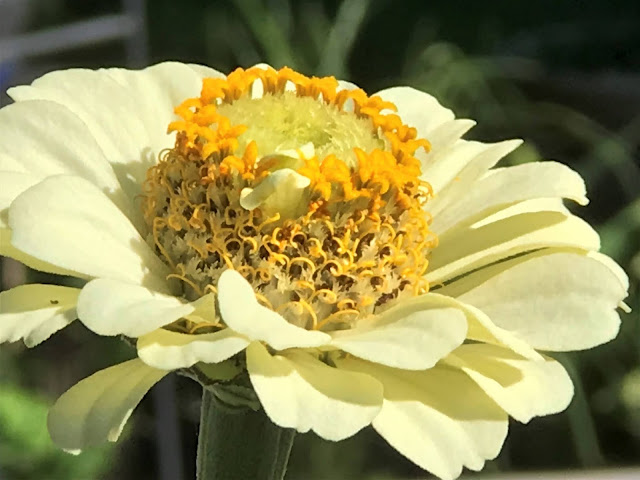 Here is an interesting mix of tiny pistils and stamens on a Zinnia. 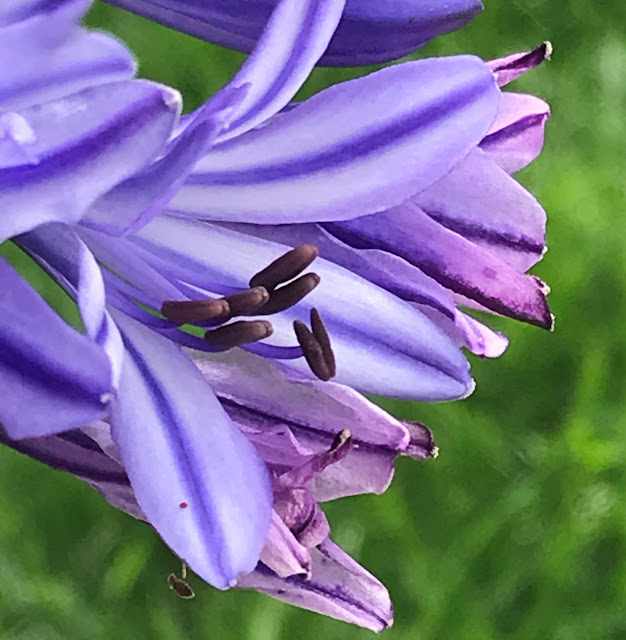 On this Agapanthus the stigma, the end part of the pistil, is held horizontally while the stamens are held vertically, all slightly brown against the blue flower. 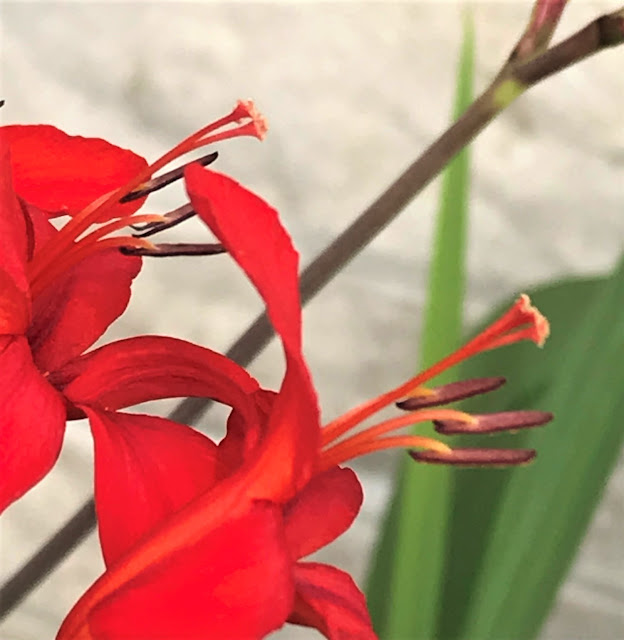 The tip of the pistil of a Crocosmia flower is actually divided in three.  There seems to be an endless variety of form for pistils and stamens, at least in our garden.  Hopefully all the pollinators can figure it out!