I've been down to the harbour several times over the past six weeks, and learned exactly which roads I like to drive down and what to watch out for on those roads.  I start by going down the Collingwood Street hill, and usually turn at the bottom of the hill onto Thompson Street, which is nice and smooth. 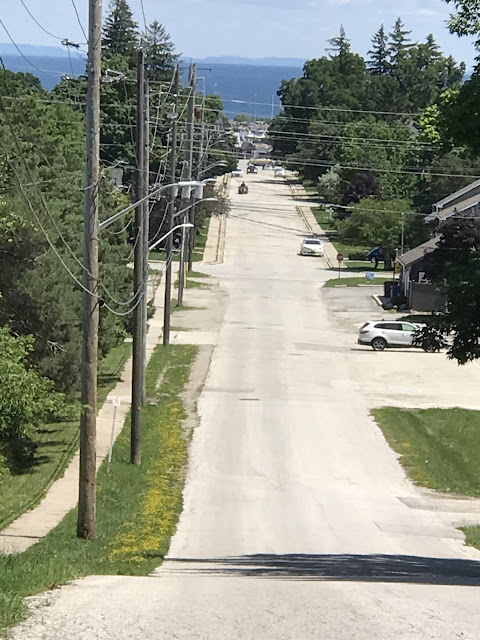 Thompson Street is the first one, just before the sidewalk on both sides starts.  On the right at that corner the house you can see is Bobi's Daycare, I think the most popular daycare in town.  I often see toddlers outside paying when I go by. 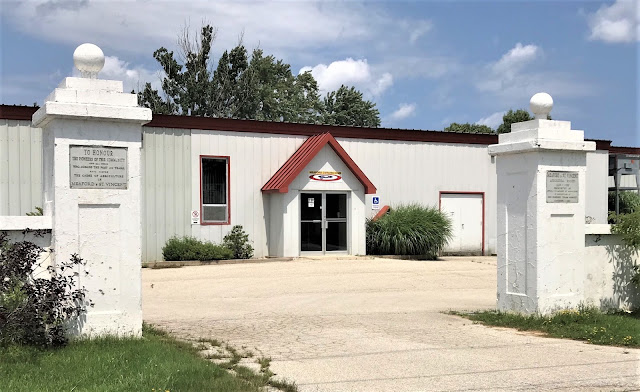 On the left is the Curling Club, and the open fields of the fairground. 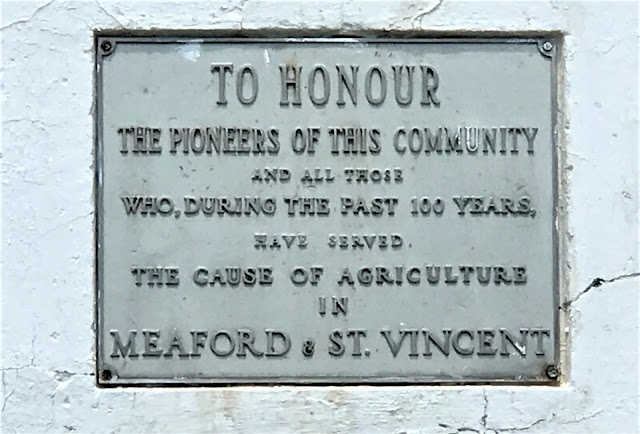 Appropriately, the plaques on the gateposts are in honour of the agricultural pioneers of the area. 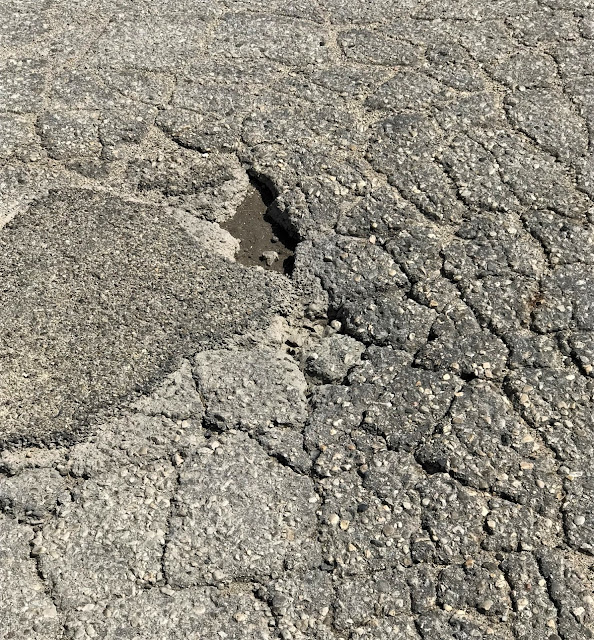 And right out in front is a good (bad?) example of the 'alligator pavement' that is all too common on Meaford's streets, including coming down the Collingwood Street hill, admittedly not usually this bad!  I try to avoid it just as I avoid sidewalks! 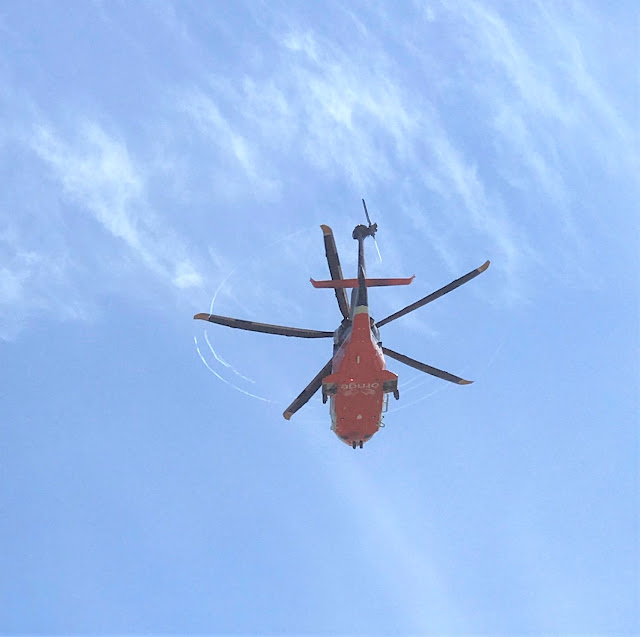 Once this summer, turning around that corner, I heard a helicopter coming.  It circled behind me and turned toward the hospital (helicopters need to land into the wind just like planes).  Helicopters right overhead are about the loudest sound you can hear outside, just worse than wood chippers! 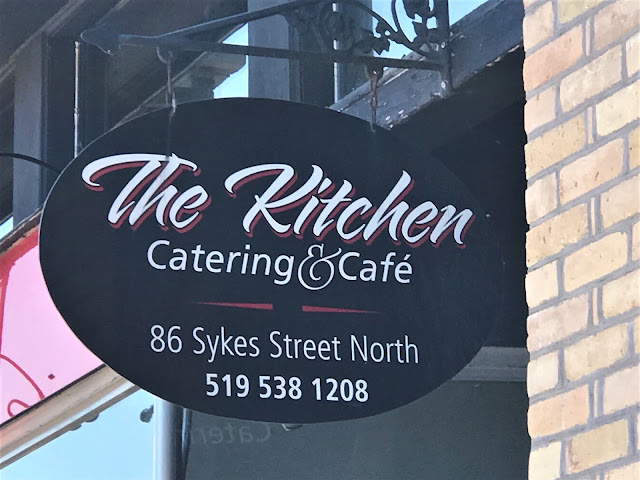 Getting downtown I often stop at The Kitchen for a coffee.  Before the pandemic my coffee group met here, but they are not opening for interior sitting this fall. 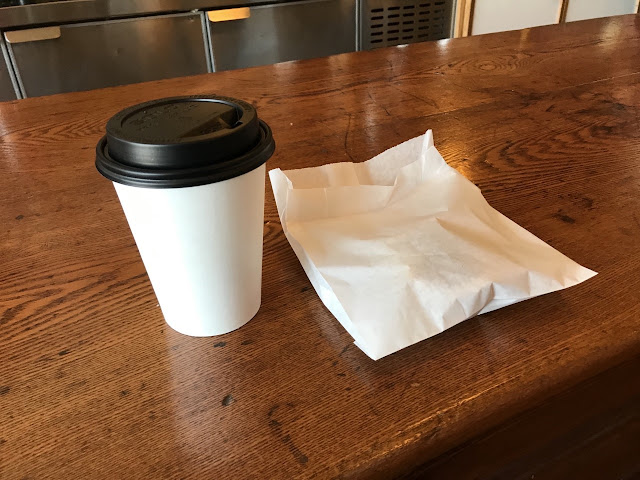 One of my very few sins in life, a rare afternoon coffee.  I think this was the only time all summer when I picked up a butter tart to go with it; I'm losing my taste for sweet things! 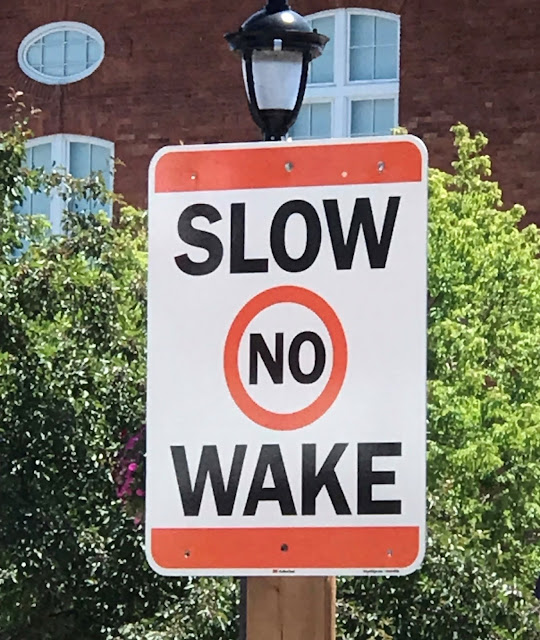 I'm always amused by this sign on a post beside the first of five patios on this stretch of downtown, directed at the cars driving by. 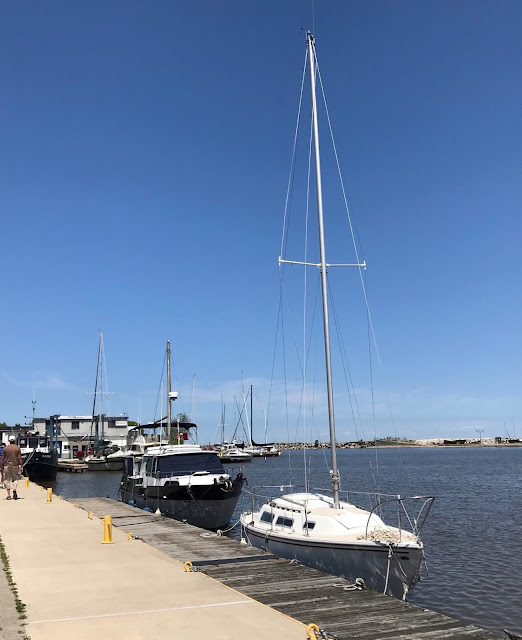 On this day there was a nice sailboat moored on this side of the harbour, probably waiting for attention at the marina here.

Richardson Boats has been serving boaters in Meaford since 1933, almost 100 years.  They offer a full suite of repairs and winter storage options. 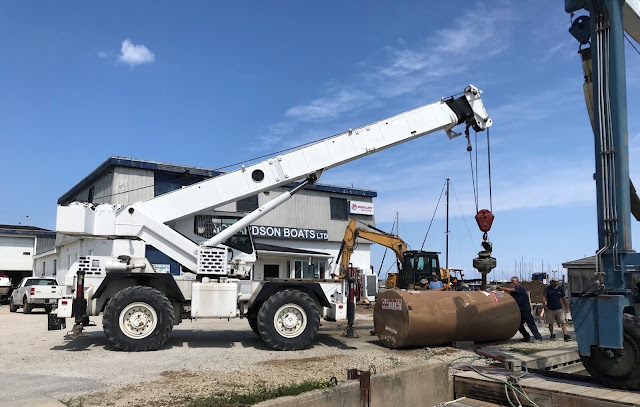 They are currently having to replace their buried gasoline tanks due to federal regulations.  Here they've lifted one out of the ground. 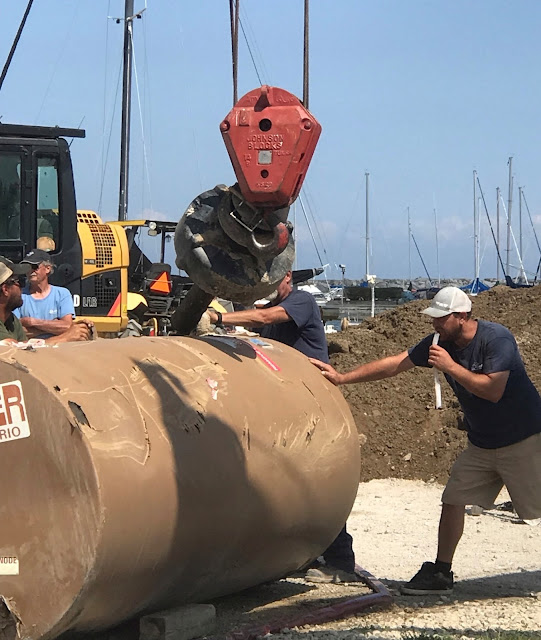 There's a large valve on each one that has to be separated from the tank.  It's unclear how this service will continue because of the cost of new materials required, and the many permits required today.  I believe the marina is operating with a temporary system for the rest of this year. 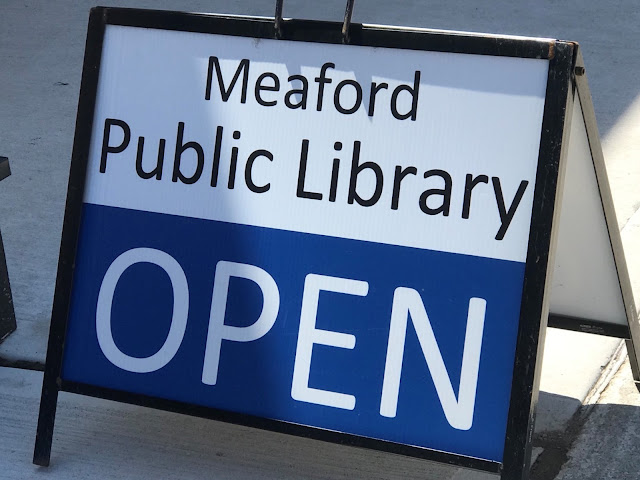 Once the library was open after lockdown I was delighted to head around the block and in there. 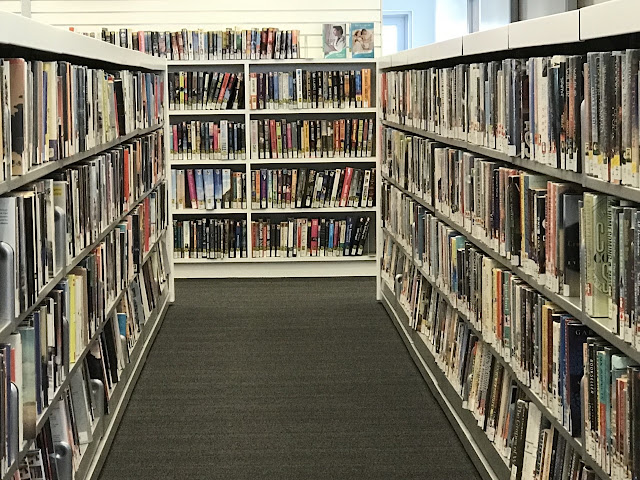 This is a wheelchair-eye view of the stacks, which are low enough for me to see easily.  In fact an older lady I was talking to a few days ago said she found them difficult because she had to bend down so far! 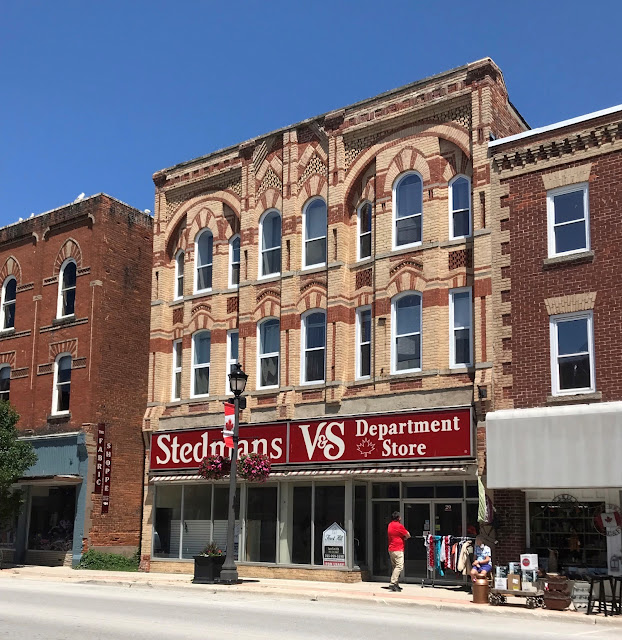 After that it was often down a block of the main street where the old Stedman's store still sits vacant.  Just look at that 100+year-old brickwork!  Then often a stop in the drug store and I'm on my way home.
We have a week of great weather coming up here!