Potato Harvest and Other Updates

Once the Day Lilies die down the garden has passed its peak and is headed toward fall.  Harvest begins if you've planted some veggies and dedicated gardeners like Mrs. F.G. begin seed collecting from various flowers and planning for next year!  The flowers change too, but other plants like Echinacea pick up the lead role and provide colour right into fall. 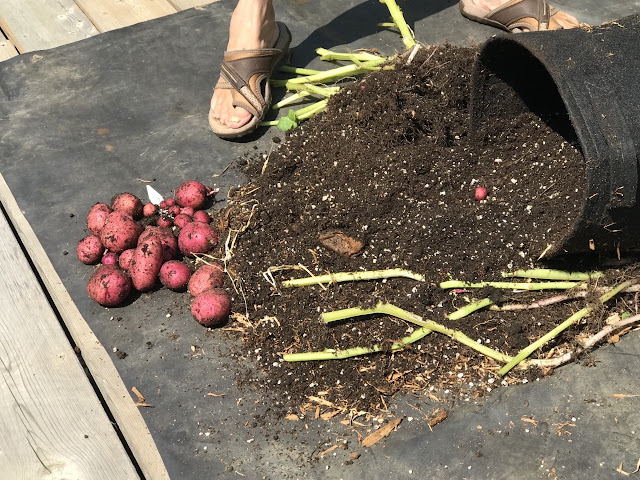 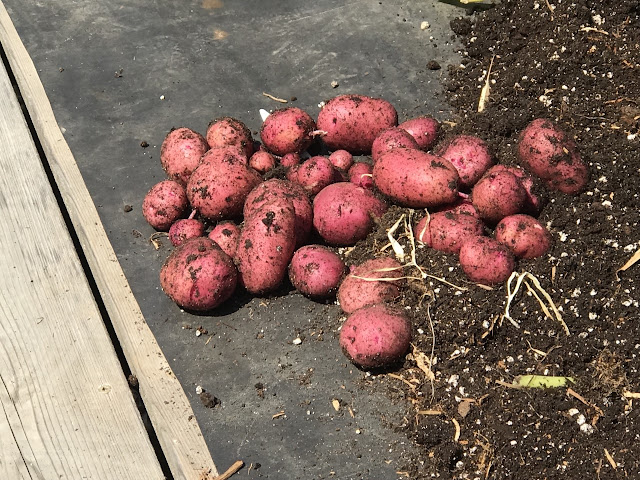 This is the rest of them. 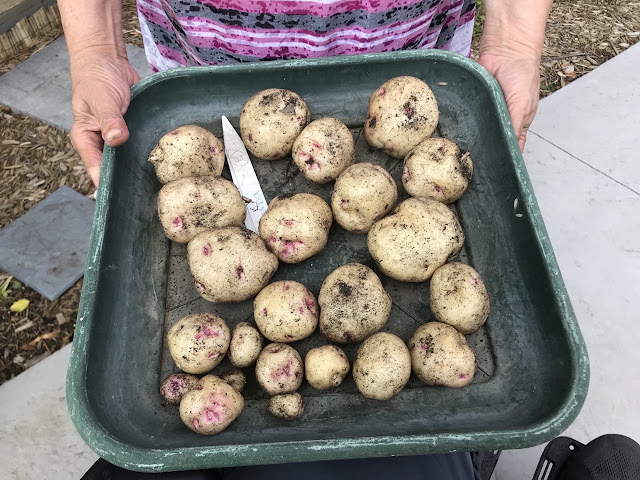 And the second bag.  We've had a few for dinner now and they're all delicious!

The garlic is harvested or purchased too (far less than she used to grow), here lying out in the sun drying.  That will take a couple of weeks.  Some of this was purchased at Achy Back Farm.  Our crop used to fill our entire garage while it dried! 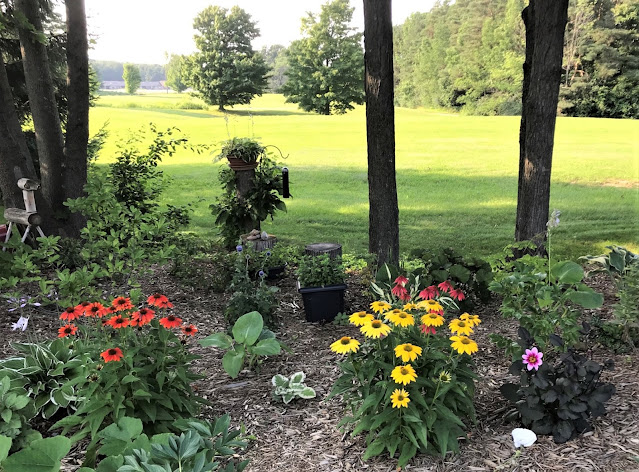 So the colour has switched to the Echinacea or Coneflowers, in shades of yellow, red and orange. 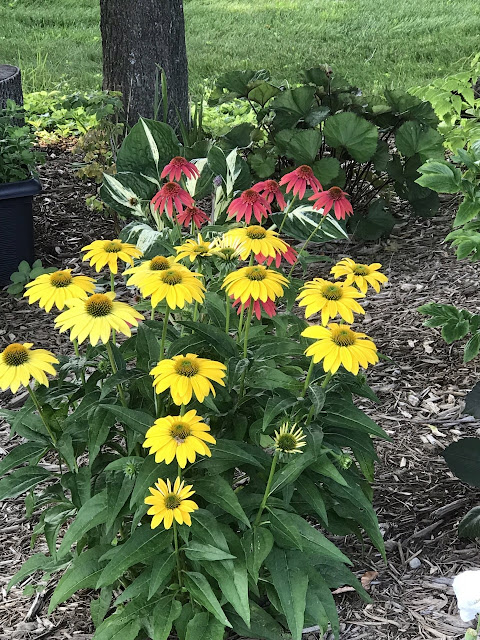 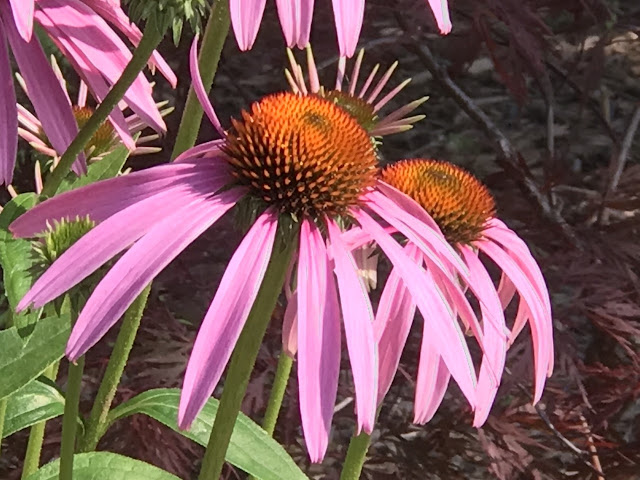 Some beautiful light mauve ones too. 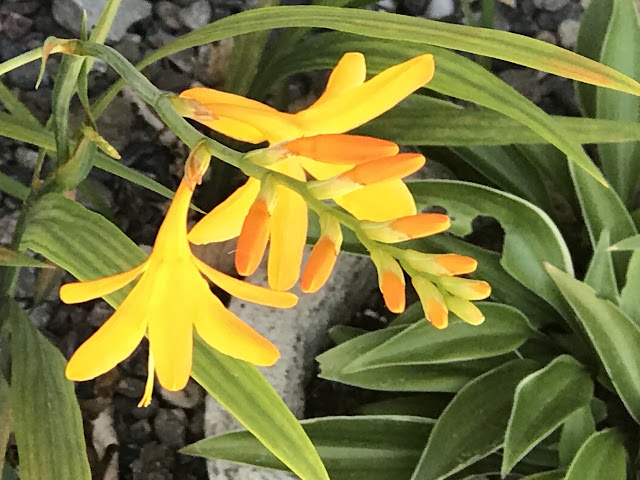 Out front we have one lonely orange-coloured Crocosmia which particularly appeals to me. 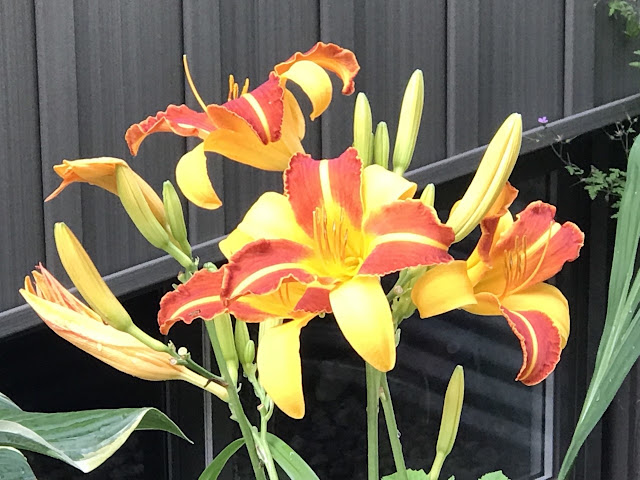 These will probably be the last variety of Day Lilies to bloom, a two-tone colour combination I really like. 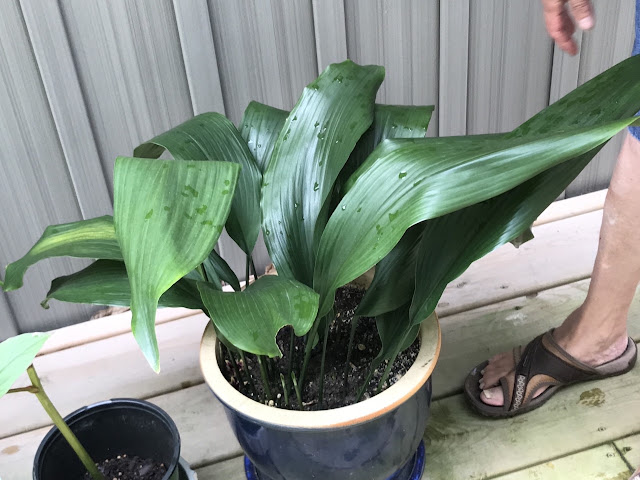 And astonishingly the Cast Iron Plant is blooming.  It's at least 50 years old, and may be considerably older for this came from Mrs. F.G.'s mother.  It's an indoor tropical plant, but comes out to get a bit more light for the summer.  It has flourished this summer, but we've never seen it bloom before. 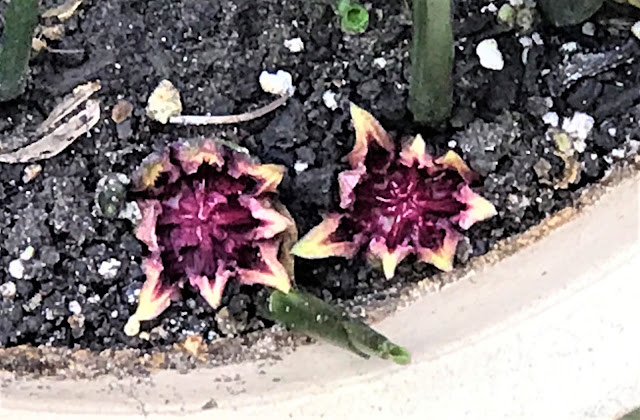 And these are the blooms, two small purple-centred flowers that almost look like strange mushrooms, just emerging from the soil. 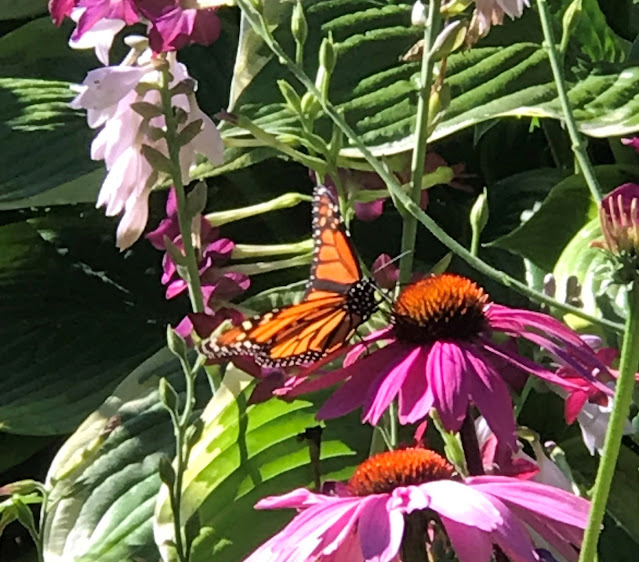 Oh, and the Monarch is still fluttering around every day.  That's it for now.