Things are going on as they normally do here at home.  The garden continues to grow, Mrs. F.G. has done a lot of canning and seed collecting, and now has taken up dehydrating various fruits and veggies.  I sit in the garden almost every morning, and go for a ride later on.  My coffee group has morphed into a lunch group once a week, which I'm really enjoying. 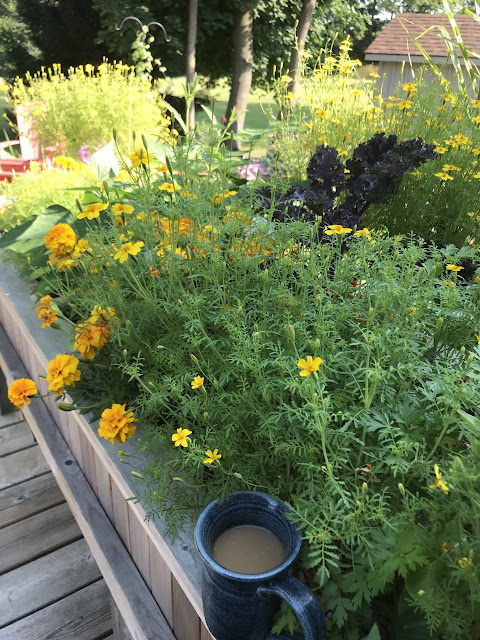 Things are so overgrown in parts of the garden at this time of year I can hardly put my coffee down without getting it in the Marigold leaves.  But it's nice when it's warm enough to sit out there every morning. 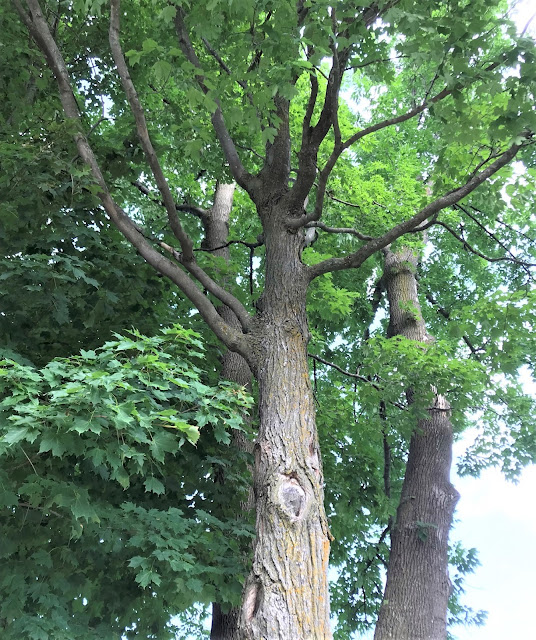 I sometimes sit on the patio and gaze up into the maple tree, dreaming about having a tree fort up there. 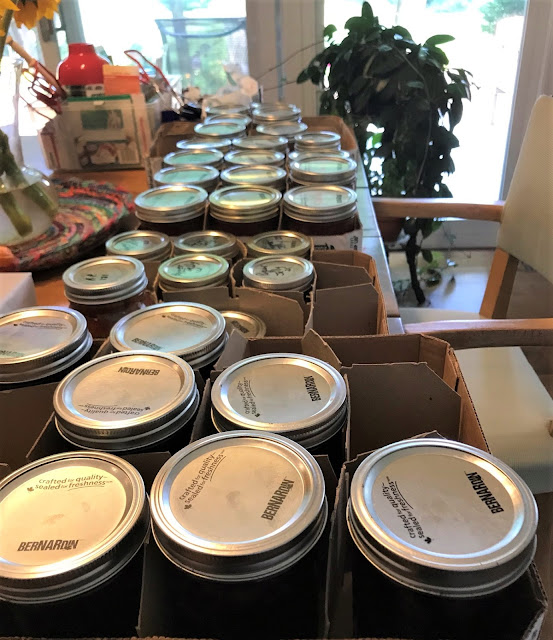 Meanwhile Mrs. F.G. did a burst of canning, not having made any jam this year ( I think our shelves are still full of jam).  Now they're full of relish, anti-paste, salsa, and beet pickles, all things we will enjoy a lot. 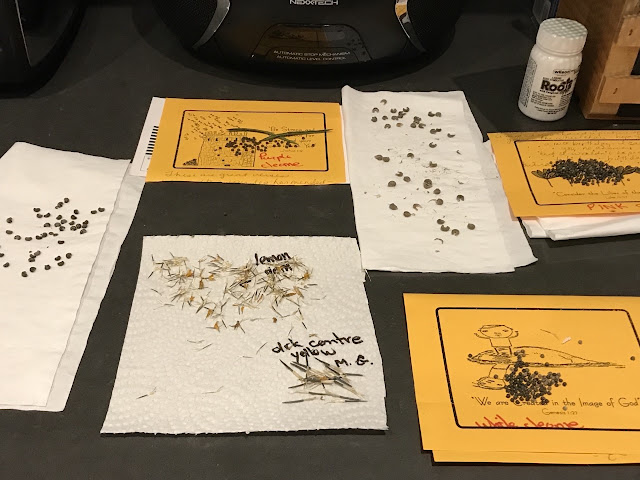 It's also the time of year for seed collecting.  Mrs. F.G. grows a lot of seedlings inside in early spring, so collects seed from the best plants that we like, and carefully dries and labels them for next year. 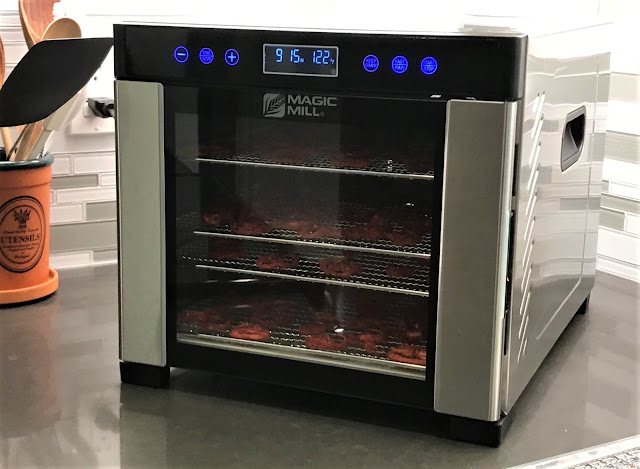 And now she has bought herself a serious dehydrator.  So far she has tried tomatoes, chopped peaches, and blueberries.  Now she's trying rhubarb.  I expect she'll enjoy this hobby for years to come, a good one for the cooler months. 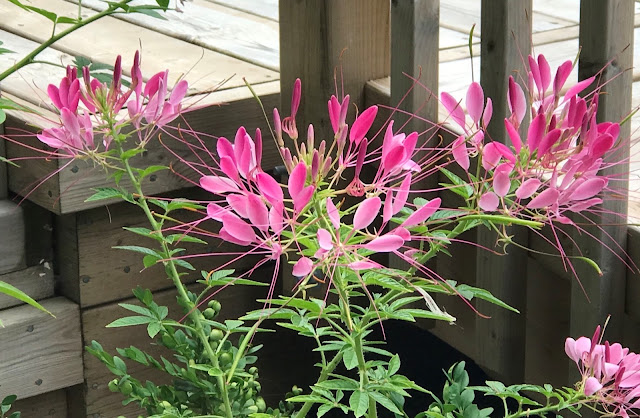 A few weeks ago she clipped off the blooms of several plants, including the beautiful Cleome.  I was skeptical, but she reassured me that they would bounce back with more blooms then ever, and they have - she was right. 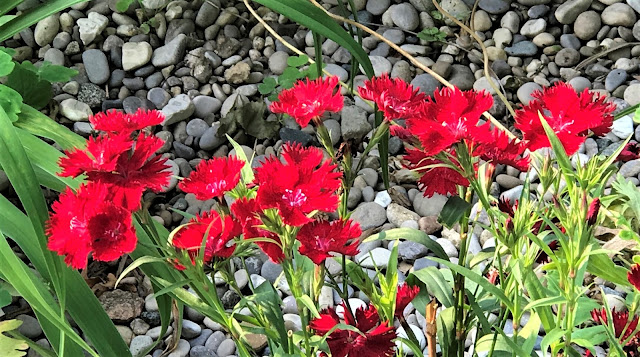 The Sweet William, which had only 3 or 4 blossoms before she dead-headed it, is the same. 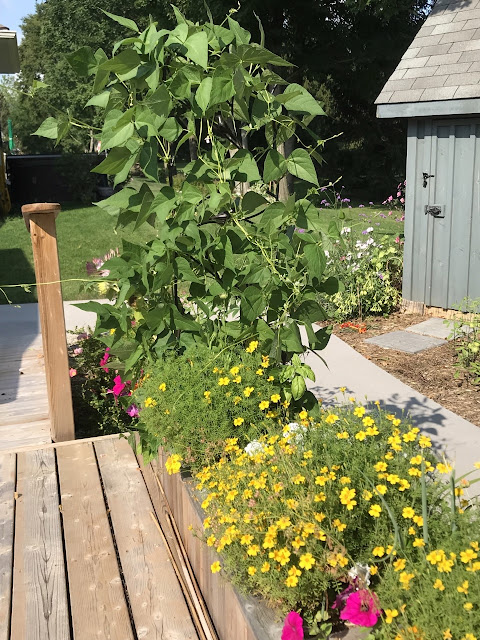 Meanwhile the green beans (3 different types), which were planted very late, have grown like mad and we've been eating them for a week now.  As you can see the yellow single Marigolds have flourished too. 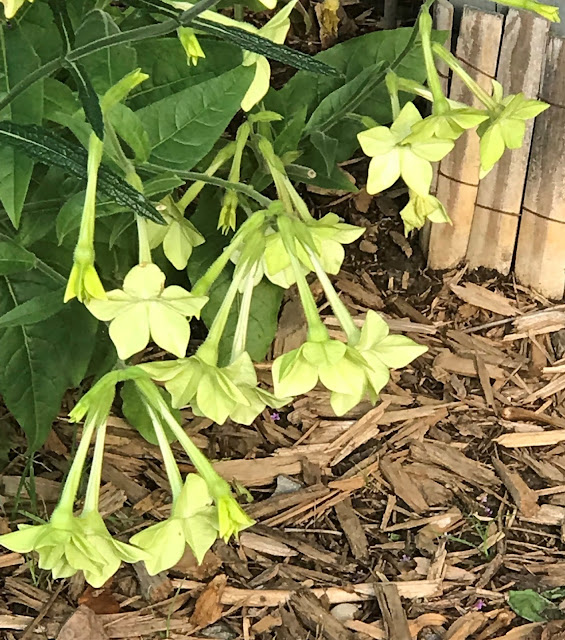 Here's an interesting flower, a Nicotine plant that has completely green flowers. 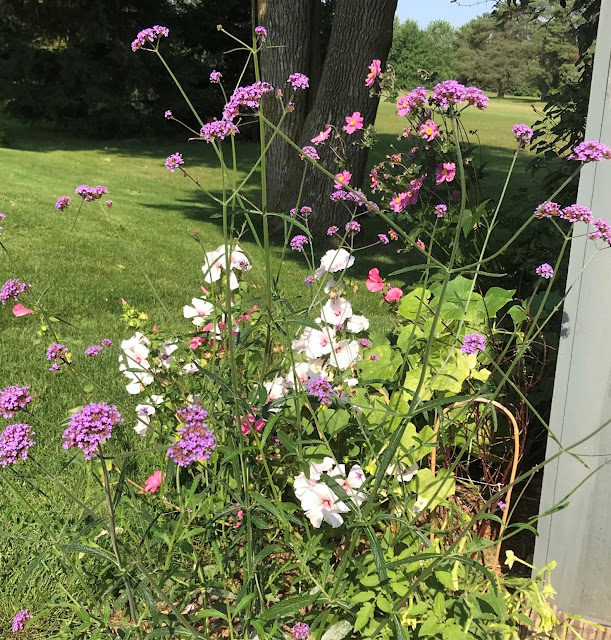 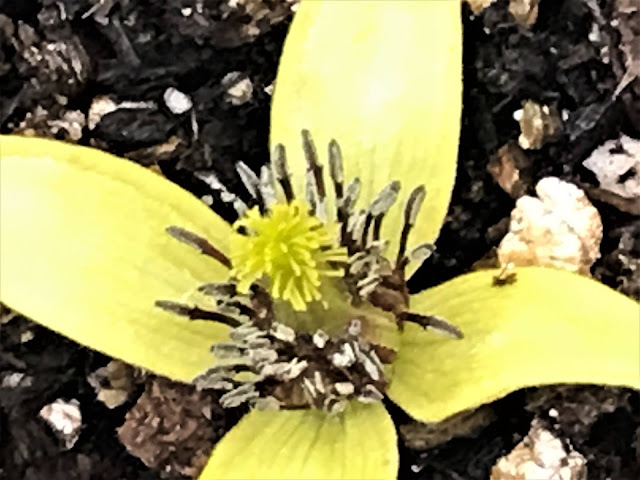 Finally, here's another interesting look at pistils (in the centre) and stamens (around the pistil).  This is our last Clematis to bloom, a very small one with yellow petals.  It grew rampantly in our last garden, crawling over a big shrub and several Peonies, and spreading badly.  We'll be keeping it under control here!