The Paralympics have started and Canada has already won two medals.  Aurelie Rivard, one of the most decorated Canadian para athletes, picked up bronze in the S10 50 metre freestyle swimming and Keely Shaw in her first Paralympics won bronze in the C4 3000 metre individual pursuit in cycling. 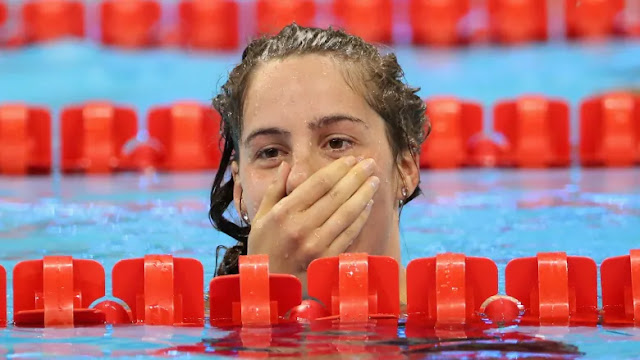 Aurelie Rivard is Canada's most decorated female para athlete.  She won 3 golds and a silver in Rio and 14 medals in all at four world championships.  Her bronze medal adds to this total, and she'll be in four more events at Tokyo, two more in freestyle, one in the backstroke and the individual medley. 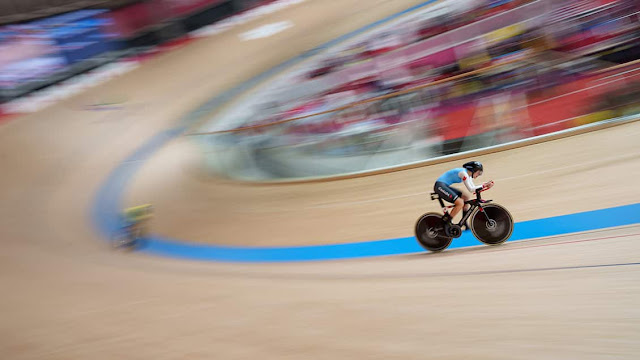 Keely Shaw, based in Saskatoon, was a serious hockey player when she fell off a horse at age 15 and ended up paralyzed on her left side.  She only rode in her first race in 2017!
There are many more Canadian athletes to compete, 128 in all, including those in five team events.  Many are returning athletes, but there are 55 competing in their first Paralympics.
The Paralympics started in England after WWII when 16 veterans with spinal cord injuries competed.  Initially restricted to wheelchair athletes, today a wide range of disabilities are represented.  You may notice an alpha-numeric code before event listings like the 'C4' and 'S10' in the first paragraph above.  These refer to categories of disability, from paraplegia to amputations to visual impairment as well as to levels of impairment.
As I've learned in my own case, disabilities range a lot in severity, so it's a double set of categories to try and ensure that competition is as fair as possible.  For example, a spinal cord injury at a high level is far more limiting than such an injury at a low level.  Athletes are categorized by the International Paralympic Committee, not by the athletes themselves and there's a lot of medical background that goes into the decisions.
I was interested to learn that the prefix 'para' does not refer to paraplegics, but to the fact that the Paralympics are held 'parallel' to the Olympics, in recent years in the same host city and using the same facilities.
Here are five Canadian para athletes to watch for. 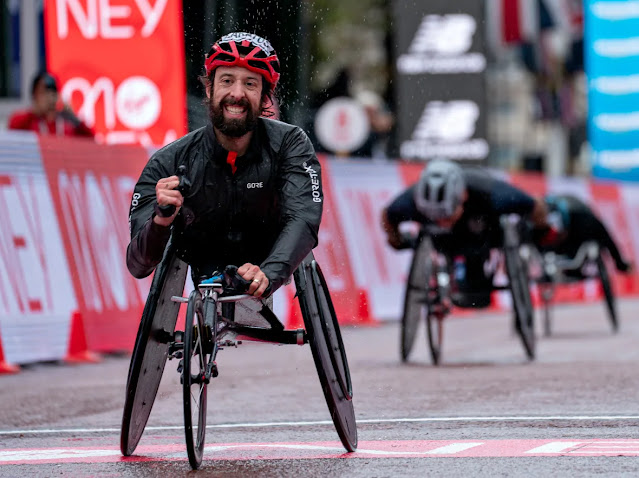 Brent Lakatos is one of Canada's world champions.  A paraplegic, he started out playing wheelchair basketball, but switched to racing.  He's won races at the 100m 200, 400, 800 and 4x400 distances; this is his 5th Paralympics. 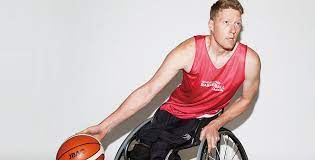 Patrick Anderson is one of the greatest wheelchair basketball players in the world.  He was left a double amputee by a drunk driver at the age of 9, discovered wheelchair basketball and has competed in 4 Paralympic games, (3 golds and a silver) taking a break in 2016.  He's back and is a leader of the team. 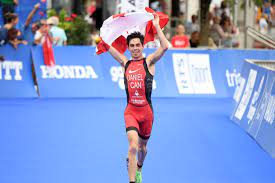 Stefan Daniel is a para triathlete, and was the recent world champion in 2019.  It requires running, swimming and cycling, so he's pretty much an all-round athlete.  He is also a leader for the U of Calgary's Dinos cross-country team, which is not a 'para' team. 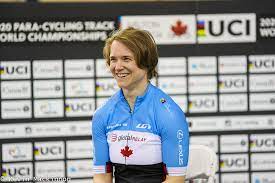 Kate O'Brien is a cyclist, only competing since an accident left her with a serious brain injury in 2017.  Before that she was a bobsledder.  In her debut year, she won gold at the 2020 world championships.

I don't want to belittle the effort it takes to get to the Olympics, let alone win a medal. We're all proud of all the athletes who represent our country.  But as a disabled person myself I know that para athletes will have two big sources of satisfaction, the personal disability challenges they have overcome, and the victory of making it to the Paralympics.  For all of these athletes, life consists of overcoming your disability.  It's a constant battle every day.

As Bruce Crave, a Paralympic and Olympic trainer since 1988 has said: 'They are where they are because they're fighters and they are usually a bit stubborn and they're not going to take no for an answer."  Pretty good attitudes to become a para athlete!

I hope you get some time to pay attention to your country's para athletes over the next two weeks.  Just remember the challenges they've faced to get there.

** Credit to CBC for all pictures.