Last week one of my physio appointments was late in the afternoon, so after the torture was over, we decided to stay and go see Owen Sound's Christmas lights display.  We headed for the newer display, in Harrison Park, but discovering that the lights weren't on yet, we went into the Harrison Park Inn for dinner (which was excellent). 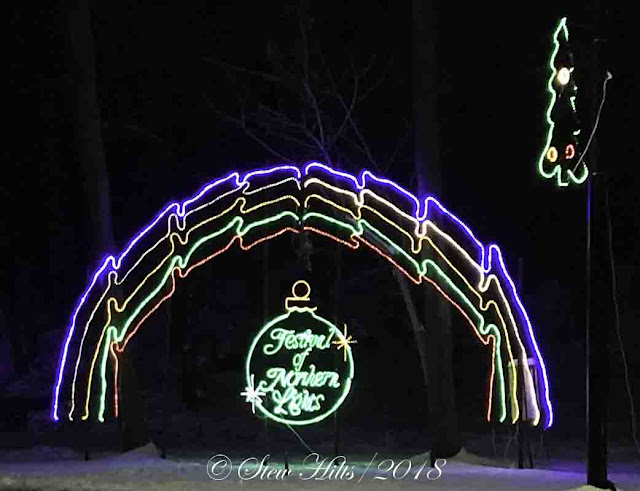 The Festival of Northern Lights has been described as one of the most "extensive and outstandinng winter light shows in Canada".  It's certainly fun to visit. 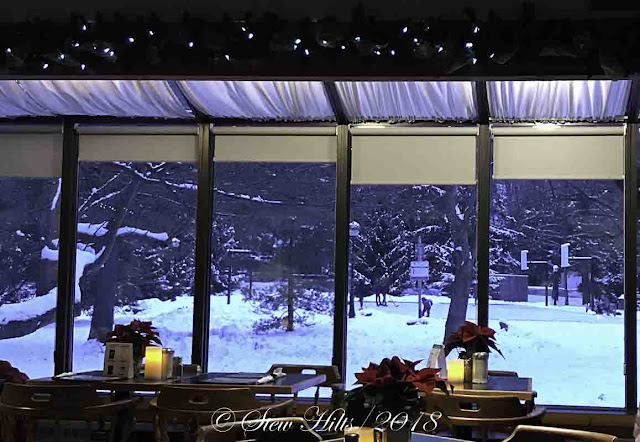 This is the view out from the restaurant.  You can see a skater or two on the outdoor, but artificial rink.  They solve the conflicts on the ice by allowing free skating and pick-up hockey every other night.  A simple schedule, but effective.

Here there's a short road loop you can drive around, entering through these walls of light (which started out as a tunnel, but the flimsy roof collapsed). 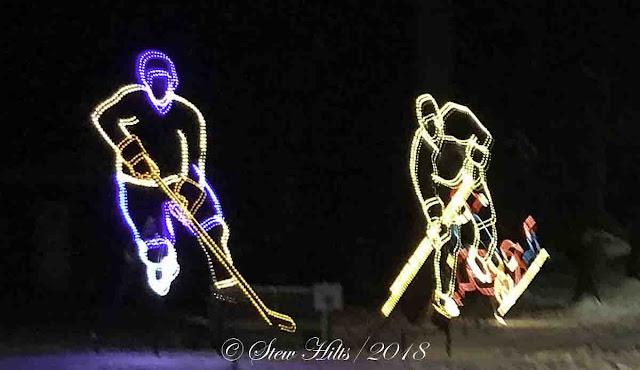 Of course there have to be hockey players - they're blurred because they're skating so fast. 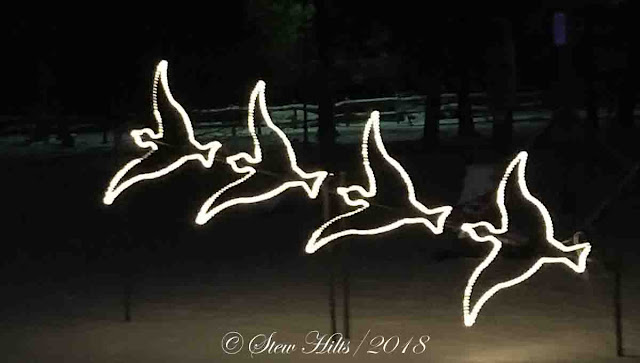 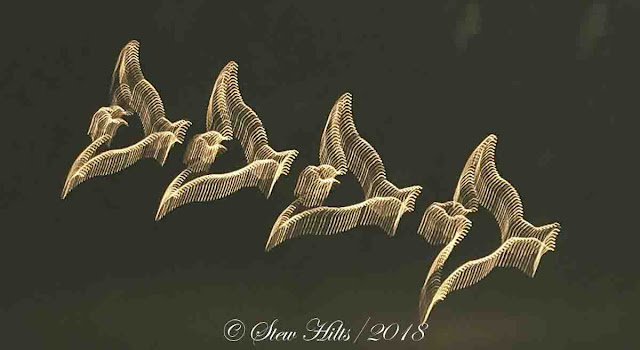 These flying geese were one of my favourites.  In fact here I like the blurry version better!