A Bit About Snowy Owls

Snowy Owls are fascinating birds in several ways.  First, they are the biggest owls in Ontario, making them one of the biggest owls in the world.  The males are nearly all white, which is unusual and striking for a bird, though very suitable for their arctic habitat. 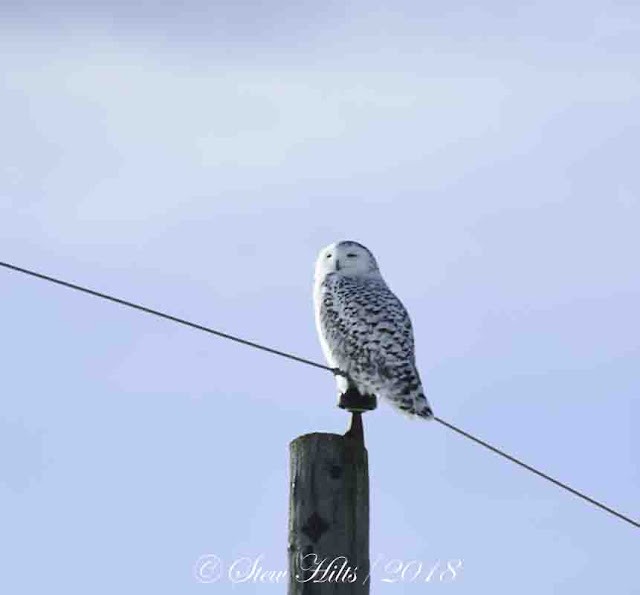 We were very lucky to see one right at the roadside, and watch it sit still for several minutes.  Snowy Owls will sit still atop a fencepost or telephone post for hours, scanning the fields for prey - usually mice. 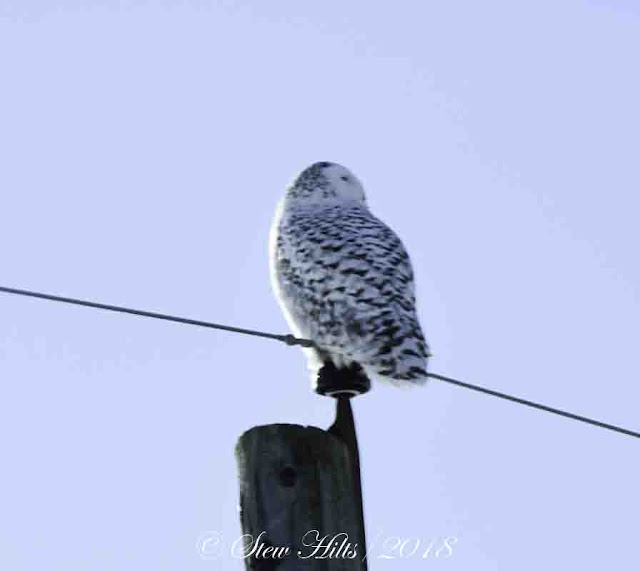 They can swivel their head 270° thanks to extra vertebrae inn their neck, but their eyes don't actually move, unlike ours.  small rodents and mammals are their prey.  It's no wonder that they visit the area bounded by Chesley, Paisley and Tara, as it's quite open farmland, like their Arctic home. 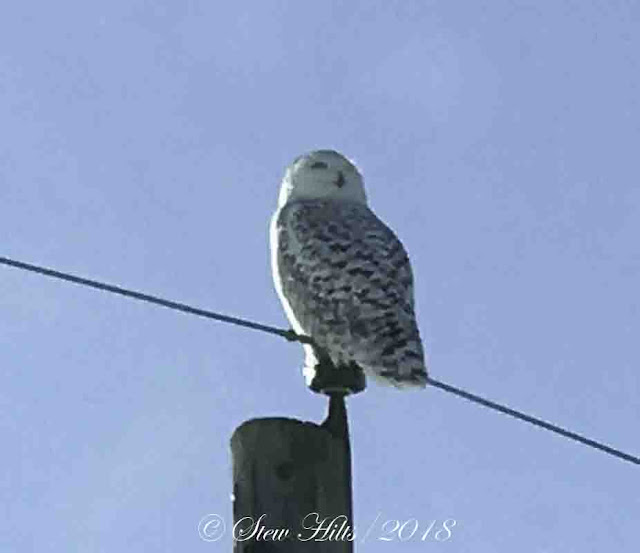 The Snowy Owls we see in southern Ontario (and the northeast U.S.) are the result of an 'iruption' of owls sending birds  south in search of better feeding.  If their are too many Lemmings in the Arctic, there's an overpopulation of owls, driving some owls to seek their fortunes elsewhere.  If their are too few Lemmings, the owls need to search elsewhere instead.