Sunny Day and the Bay is Blue

When I first thought of writing a post showing the moods of Georgian Bay, I didn't live here, and only saw the bay occasionally.  Now that I live here I realize that its mood changes every day, and sometimes hour by hour.  After those angry waves two days ago, today it was a peaceful blue under our first sunny day in a long time! 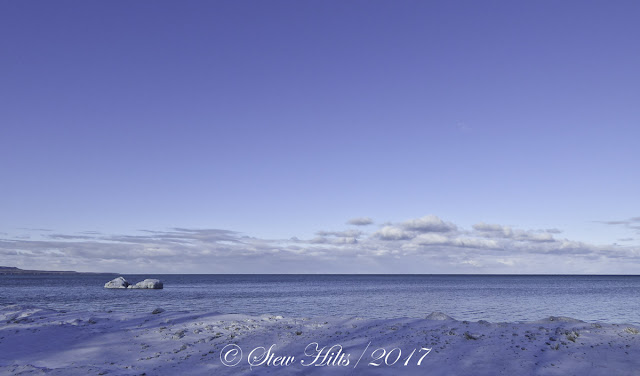 Under blue skies and a gentle south-west wind, there were ripples but no significant waves. 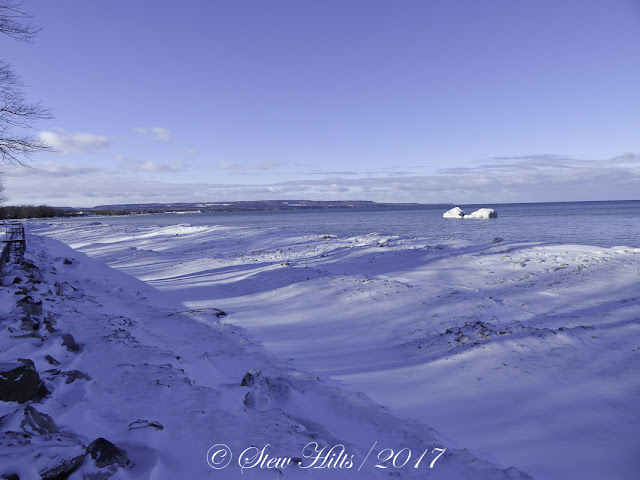 But a wide band of ice has built up along the shoreline, which is only a few feet from the left side of the picture.  It looks solid, but I'm not sure it is. 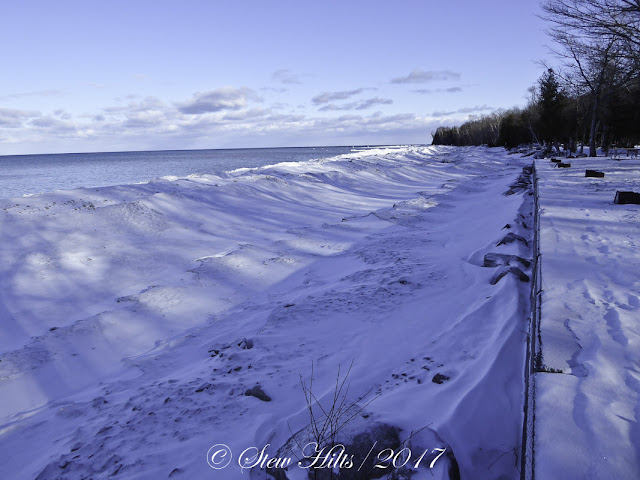 When I was there in the fall, the water was lapping up against the line of boulders on the right.  I expect those heavy waves helped build up a lot of this ice, but there's no sign of the bay itself freezing.

The two big boulders I always look for were totally ice-covered.  I wondered to myself what these looked like in Friday's storm. 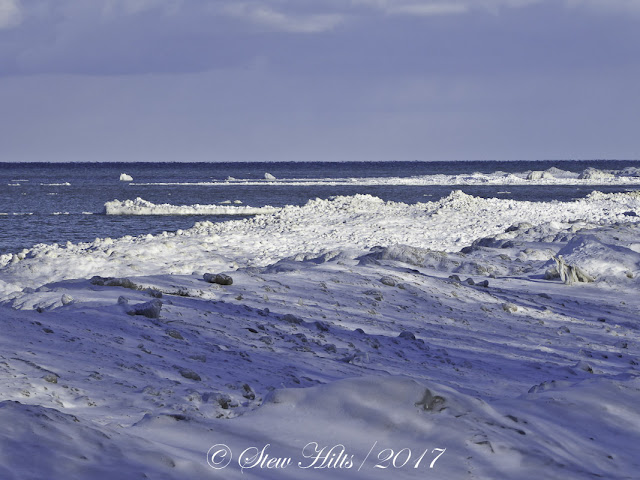 To the east long stretches of ice had built up, extending out into the bay.

To the west you could see the breakwalls and harbour light. 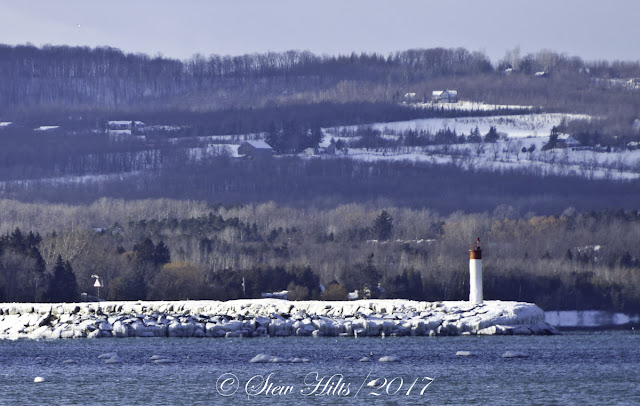 Some of those houses up there must have a spectacular view of the bay!