Fall is the time for mushrooms, especially when we have lots of rainy days.  I haven't had a chance to get out hunting elsewhere, but several have appeared right here in our yard. 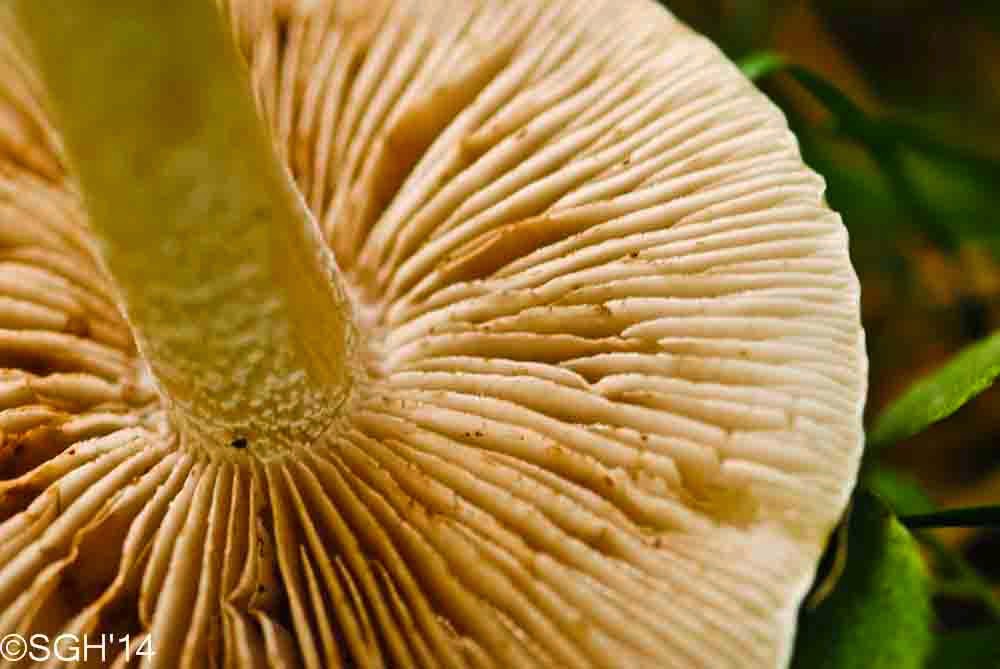 I find the pattern of the gills underneath fascinating. 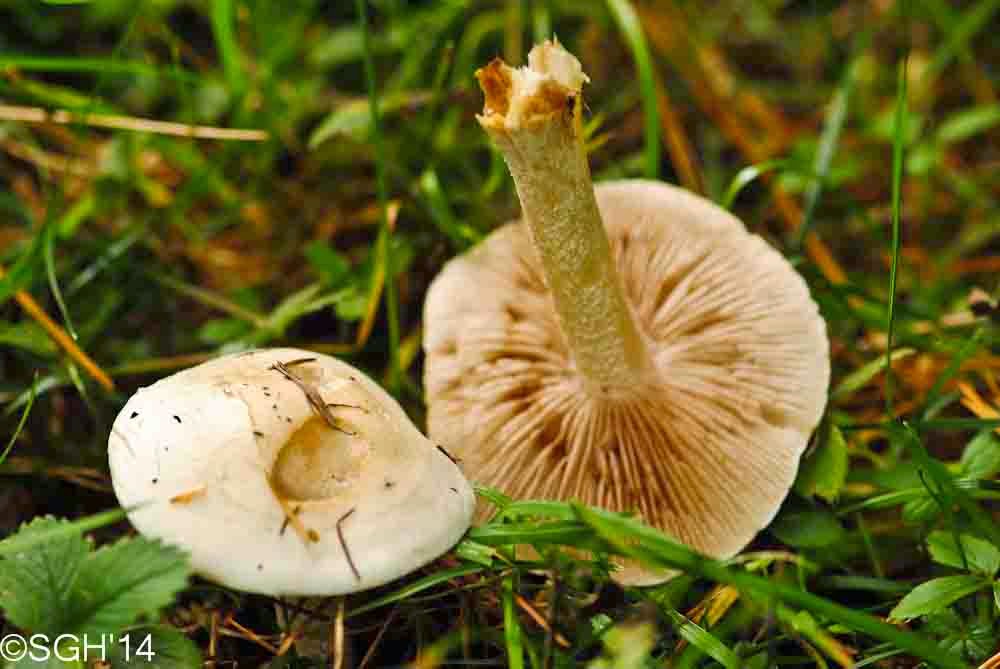 This was a simple white toadstool like the Fairy Ring Mushrooms, but not in a ring.  So probably one of the Fibre Head mushrooms. 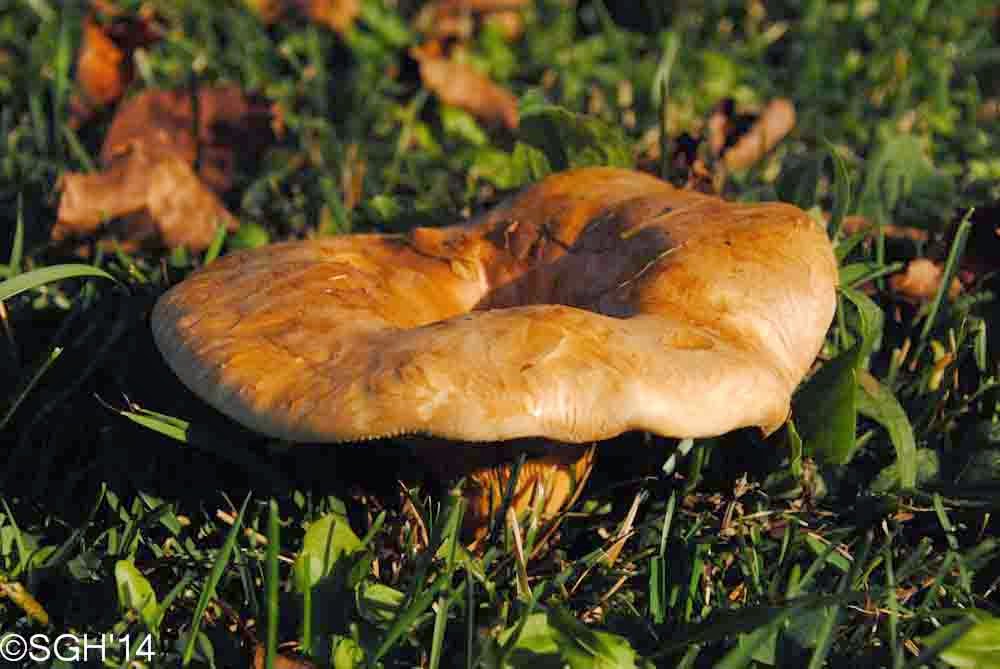 These were quite large at up to 6" across, and they popped up in a large circle around our White Birch trees, about 10 of them, in a loose circle nearly 10 feet across. 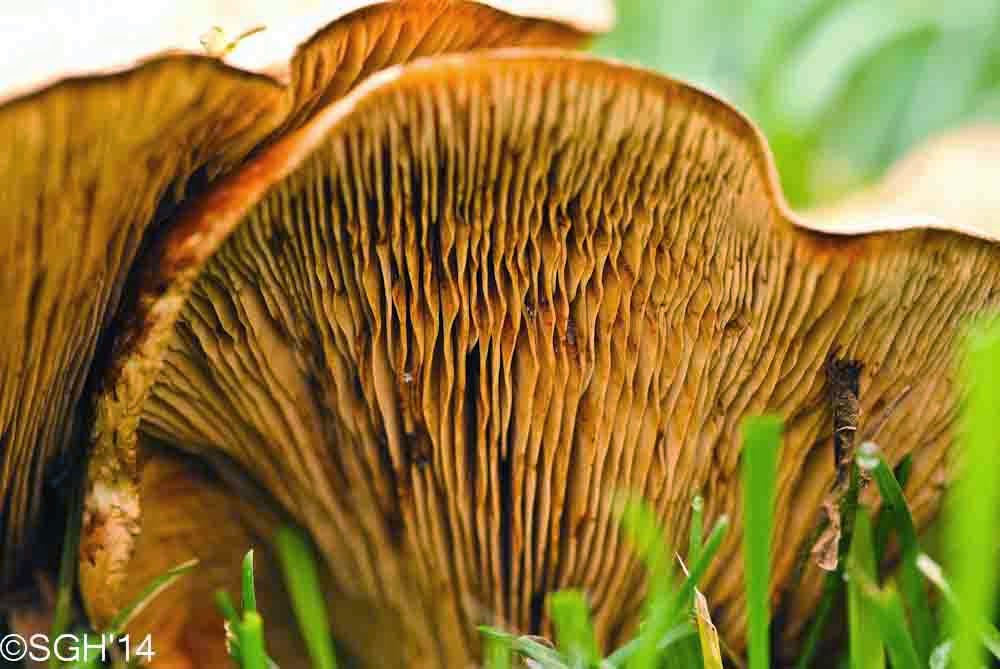 According to my mushroom book, they could be one of several, perhaps one of the Milky group of mushrooms.  They are entirely golden-brown, not white, and convex on top. 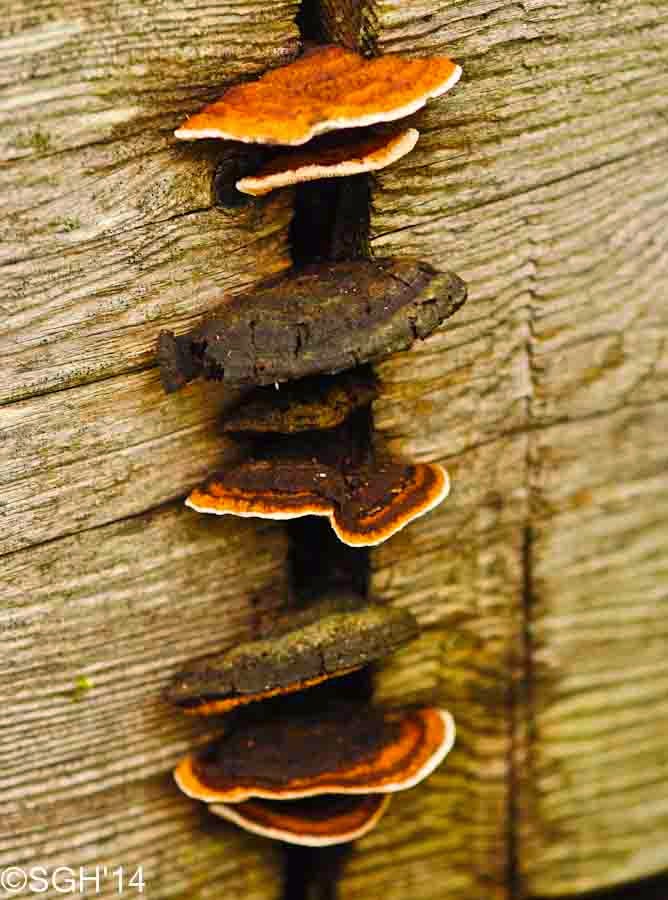 I like the pattern of these small bracket fungi, growing down the space where two left-over logs from building the log cabin have been sitting for 15 years. 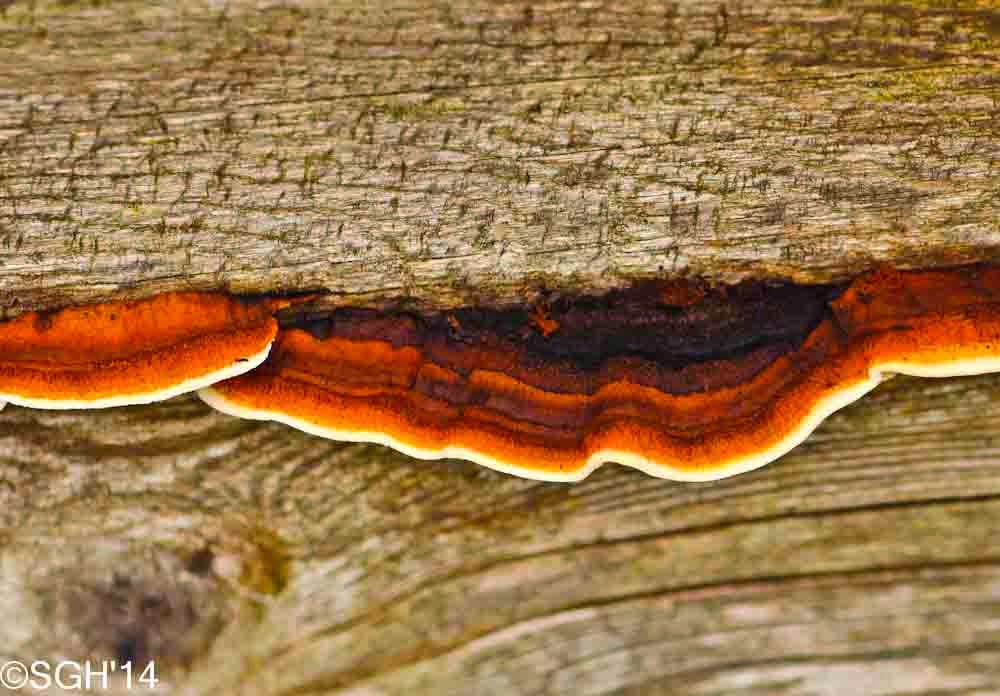 They've got quite a bright orange-brown colour pattern, and may be the Yellow-red Gill Polypore.  I have a very long way to go to learn the mushrooms.  When I look through the guide many of them look so similar!

But whatever the species, they're another sign of the season.