Fungi in the woods

On my walk through the woods I described in yesterday's post, I encountered several interesting fungi, and got decent pictures of a few of them. 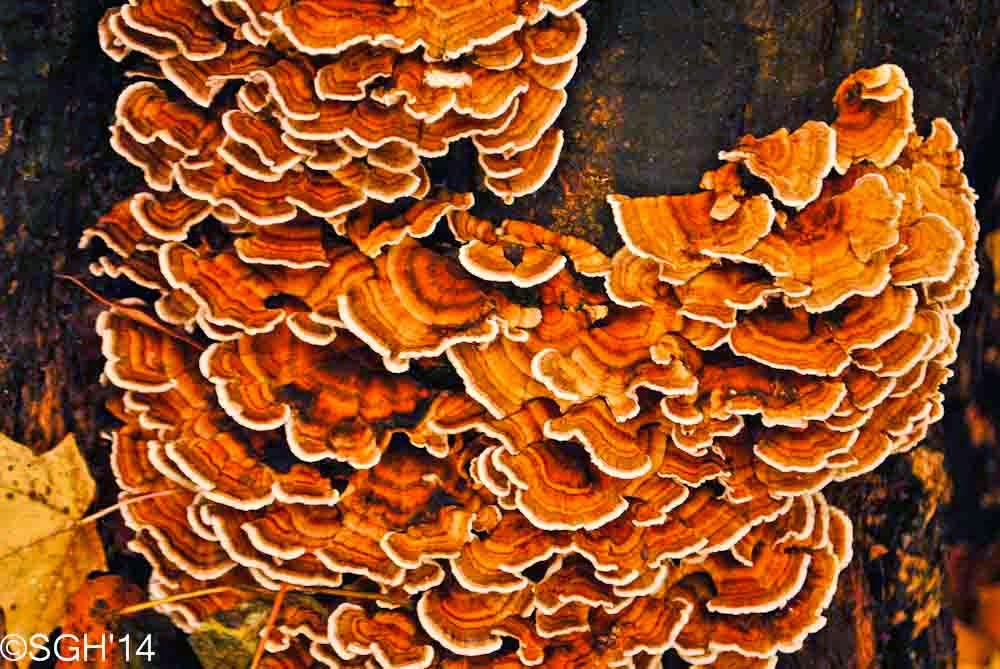 At first glance I thought these were Turkey Tail mushrooms, but looking through the Audubon Guide, I think they're more likely the Crowded Parchment fungi. 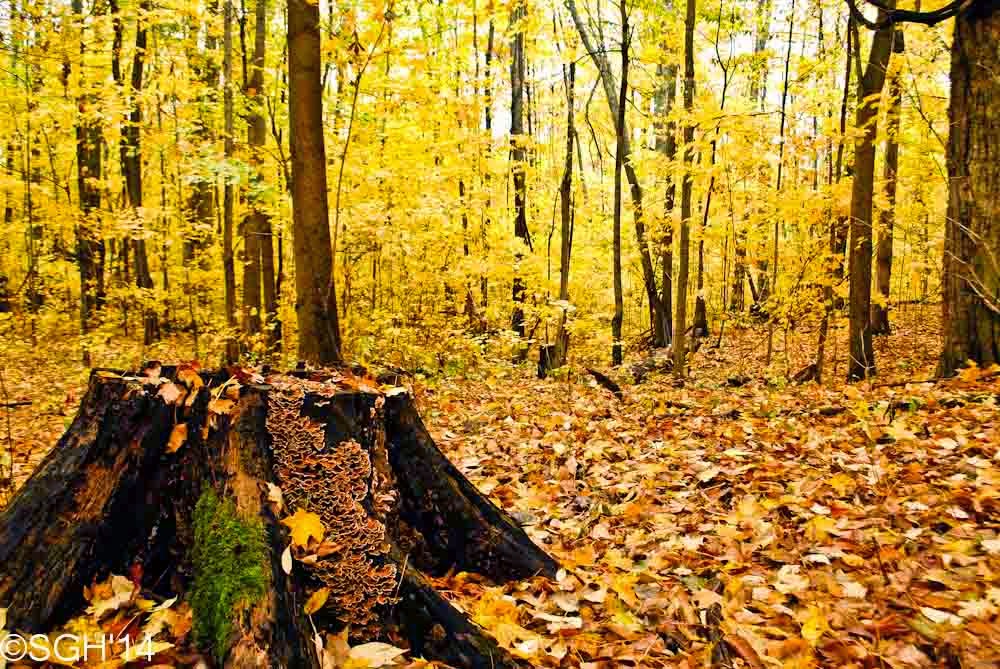 They were cascading all the way down this old stump in the woods. 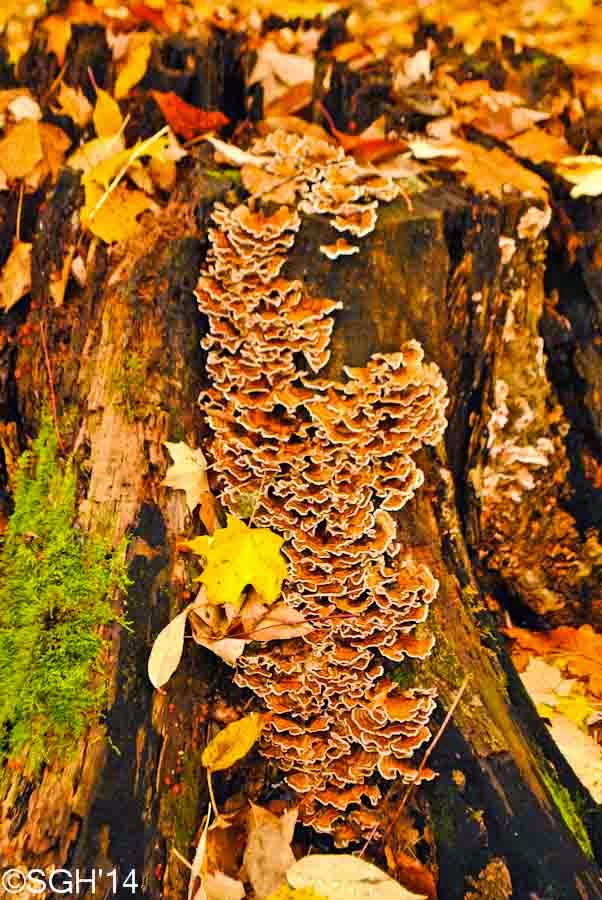 The colouring fit perfectly with the fall weather. 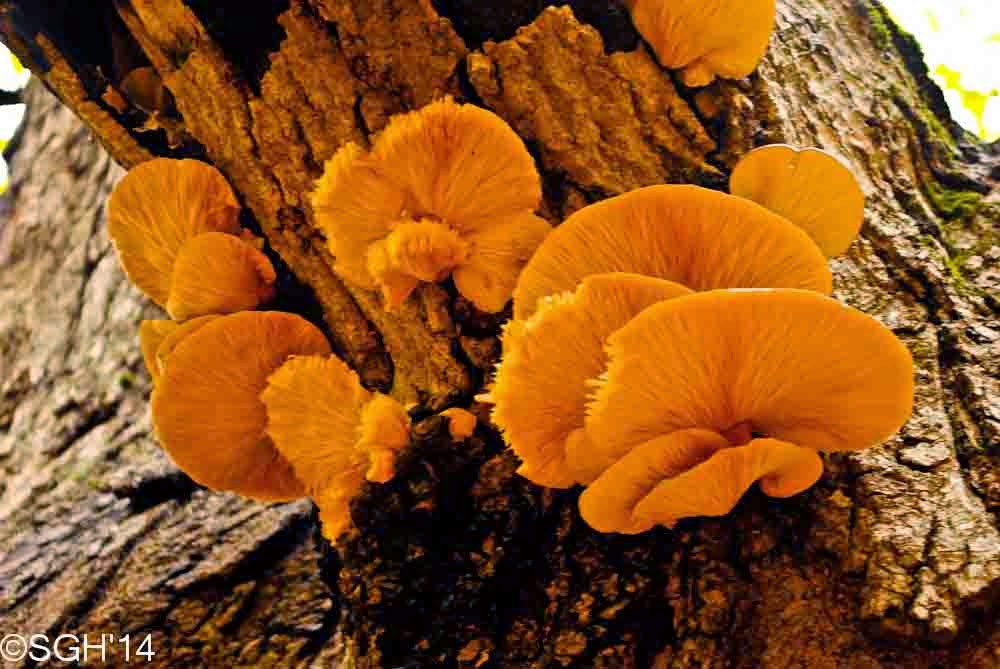 These ones were over my head on another tree, and I never did identify them, though I suspect they are one of the Oyster Mushrooms. 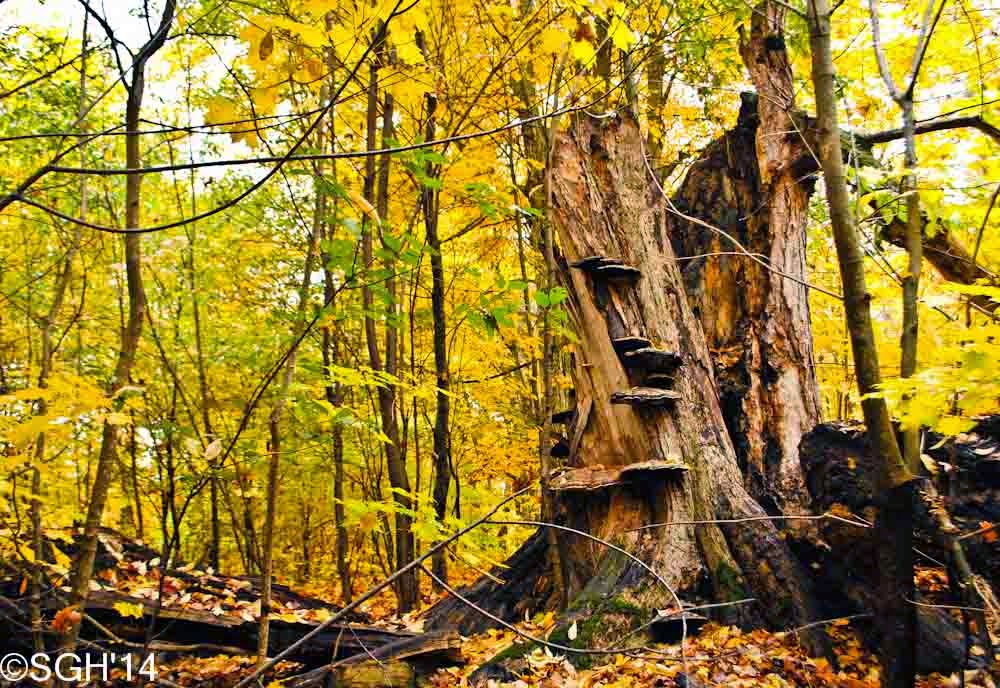 And in the farthest corner of the woods I encountered this old friend, the stump of a giant Sugar Maple that split and fell in 3 different directions in the forest.  Artist's Conk bracket fungi have been growing on it for several years now. 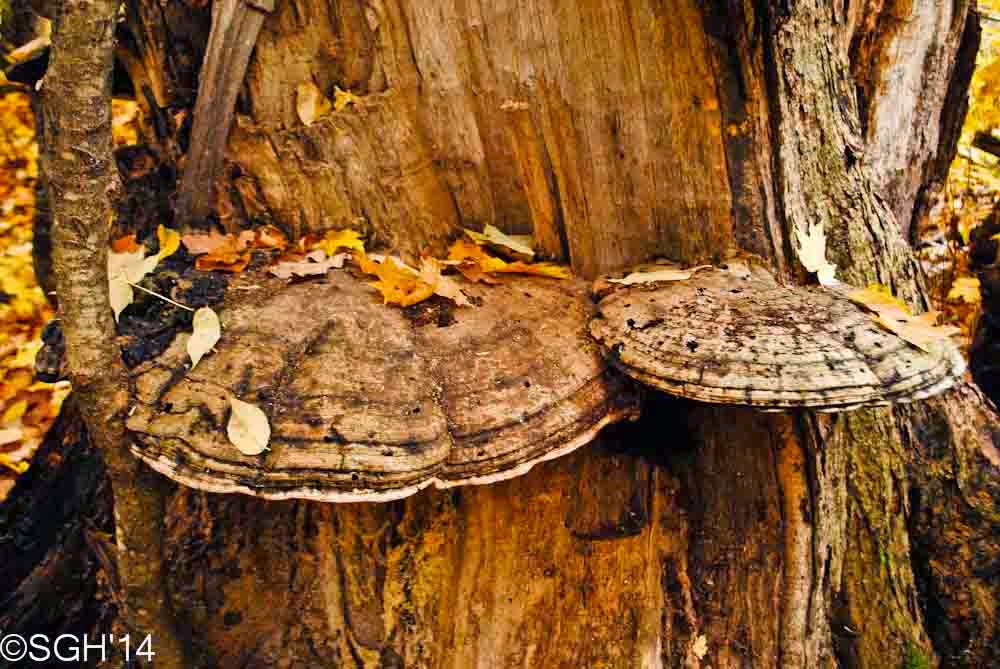 Some of them are older and are beginning to deteriorate, but the one on the left here was huge - at least 2 feet across, and 15" deep. 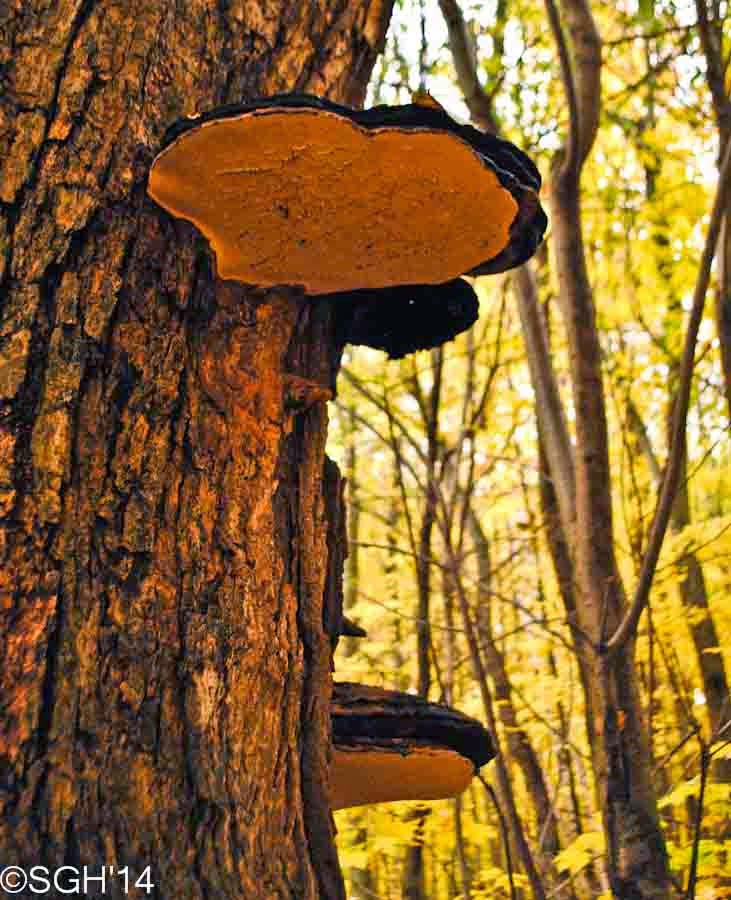 But there are still new ones growing, with the white underneath that I would draw a picture on if I found a large one as a child exploring the woods.