Late Summer in the Meadow - Weeds

Late summer is revealed not just in the garden, but in the meadow, roadsides and ditches too, where Queen Anne's Lace and other weeds dominate.  They mark the changing seasons in many places I go exploring. 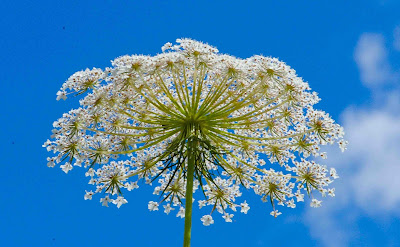 I have to give credit to Fred, of 'Fragments from Floyd', for the idea of shooting Queen Anne's Lace from underneath.  It makes a striking, beautiful picture this way to me, etched against the sky.  Fred posted a picture like this a few weeks ago and I thought it was so great I immediately went out and shot my own - and it worked! 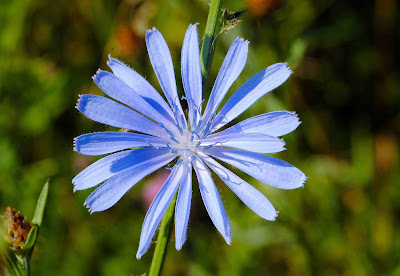 Chicory is a tough, wiry plant of the roadsides, but I just like the beautiful light blue colour, and this 'weed' is one that opens with the light of dawn and turns toward the sun to welcome the day.  Smart plant I always figure. 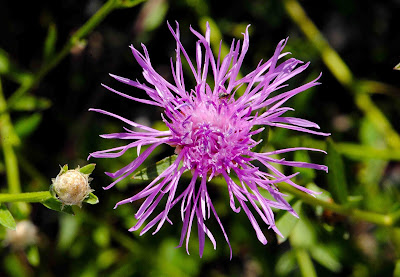 Spotted Knapweed is another story, a genuine weed.  It's tough and wiry, infests old fields, is hard to walk through, and hard to get rid of - all the while it masquerades as a pretty pink flower.  And it's everywhere along the roads here. 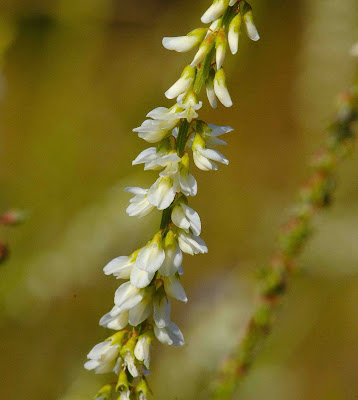 White Sweet Clover is another August plant, growing 4 or 5 feet tall, but with tiny little blooms.  There's a yellow version too.  Another tough plant, with long roots that reach deep into the soil. 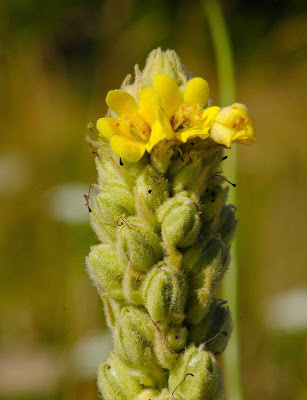 Mullein is a great plant, that grows a rozette of huge fuzzy leaves one year, and then sends up a tall flower stalk as high as 6 feet, late in the summer of its second year (it's a biennial).  It pops up in the strangest places, like back corners of our garden.  But I always think it deserves the chance to finish blooming once it's spent a whole year growing those leaves. 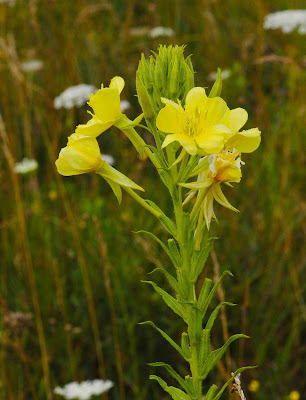 Evening primrose is another tough weed.  In a university botany class we had to gather seeds of a plant we chose and grow them, creating a scientific experiment.  It was really an exercise in how to use the greenhouse and how to lay out an experiment rather than anything to do with the plant we chose - but I chose this one, my one and only time growing anything in a greenhouse.


In honour of the first picture above, linking to: