Caterpillars and a Damselfly

It's the season for Monarch caterpillars to be munching away on the Milkweed, and we have several just outside the living room window.  Then a neighbour who's one of my loyal blog readers brought me in a quite dead insect they has taken from a spider web at the church.  It turned out to be a damselfly. 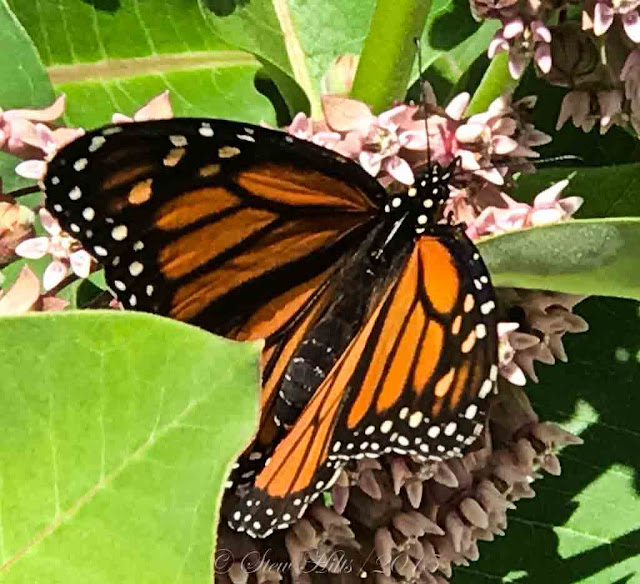 A Monarch or two have been dancing through the air over the backyard garden, but never stopping for long enough for me to get a picture.  But I guess they do stop long enough to lay eggs on the Milkweed, though they feed on various different flowers.  This is a picture I borrowed from a previous year. 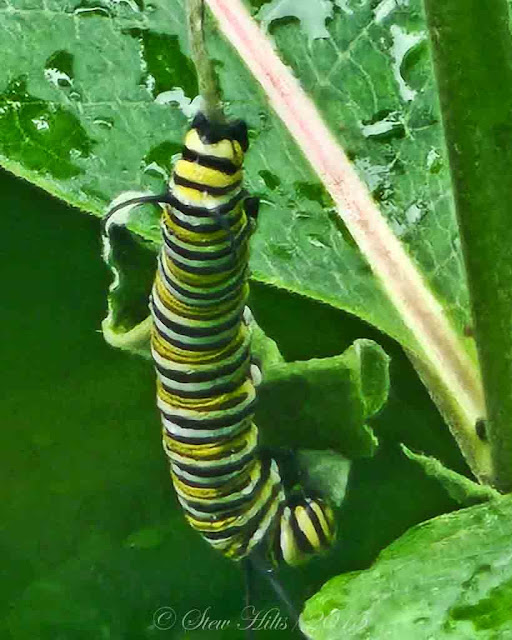 This is the first photo Mrs. F.G. took of a Monarch caterpillar munching its way up a leaf. 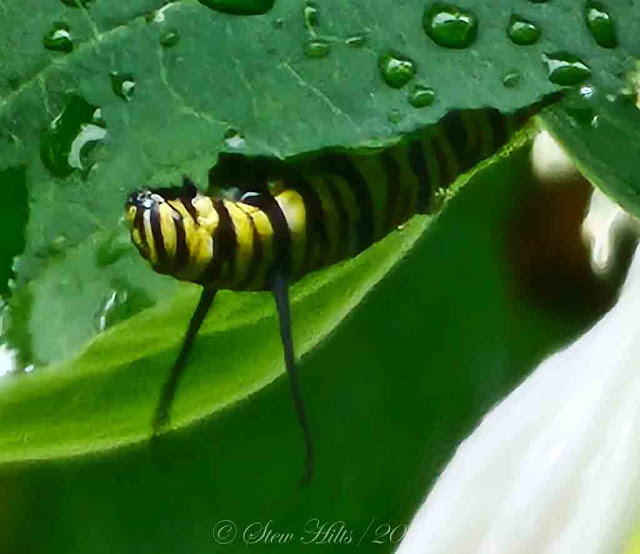 This is all I got a shot of that morning, a little head emerging from beneath the leaf and munching away. 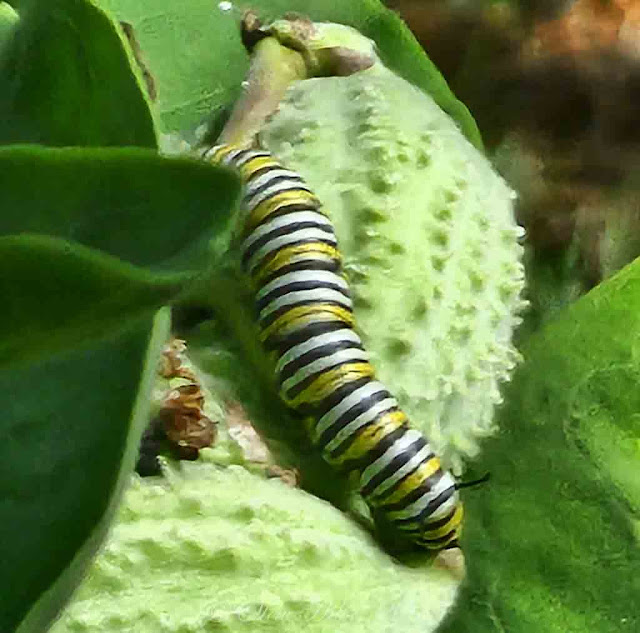 The next day I got a couple of much better shots.  These caterpillars are getting fairly large and will soon be hanging under the leaves as a chrysalis. 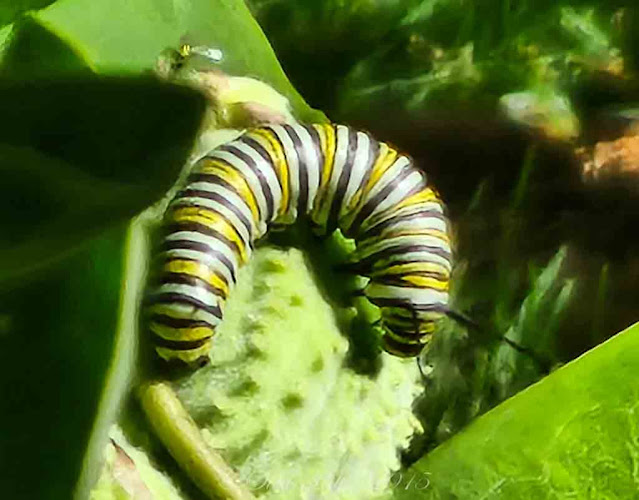 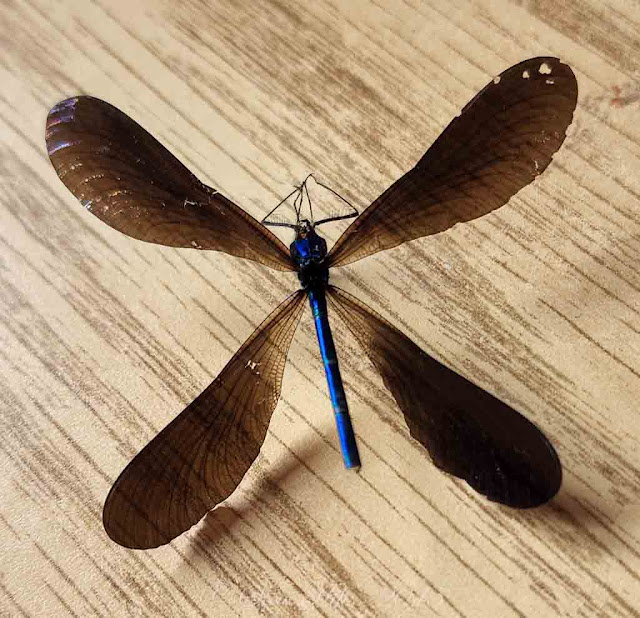 And this is the insect a neighbour brought over, quite dead, but interesting to look at up close. 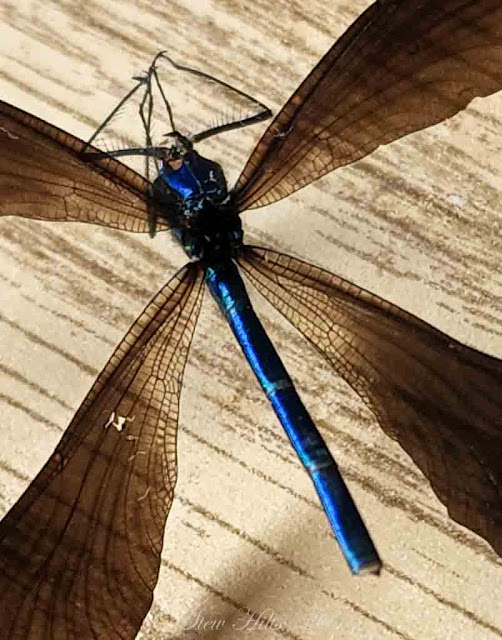 Look at the blue colour on that long narrow abdomen. 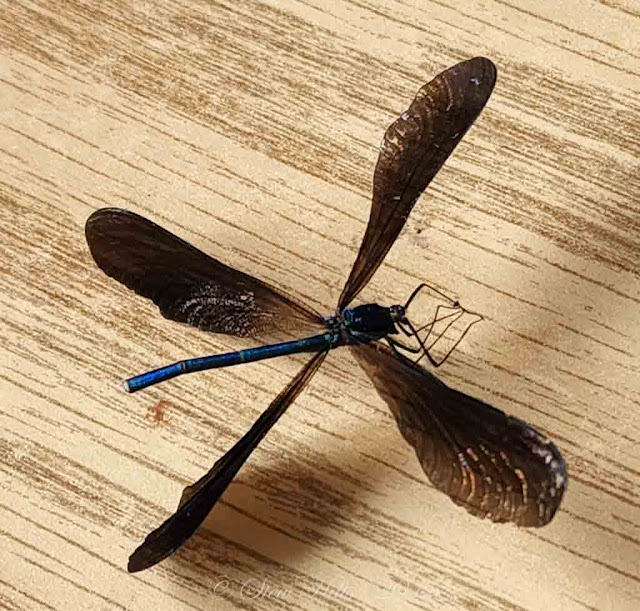 So I looked up Damselflies, which I thought it was, and confirmed my suspicion.  Damselflies are light, narrower than Dragonflies, with smaller eyes.  It fit all the pictures. 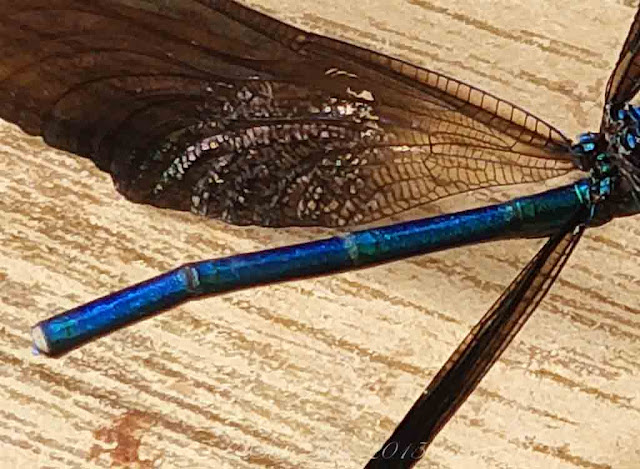 However, when I tried to narrow it down to a species, I was stumped.  There are 23 species of Damselfly in Ontario, and a lot of them feature the colour blue!  I can rule out about half if them, but that leaves me with a dozen to choose from.  So you'll have to be happy with knowing it's a Damselfly.  And thanks Ron.
Posted by The Furry Gnome at 1:08 PM