Behind the main part of the garden, down a path toward the 'back', is an interesting memorial "dedicated to the veterans of WWI, II and Korea, who received treatment and care on the grounds of Westminster Hospital" (the former name of Parkwood).  This is a large, symmetrically designed layout of sculpture and fountain. 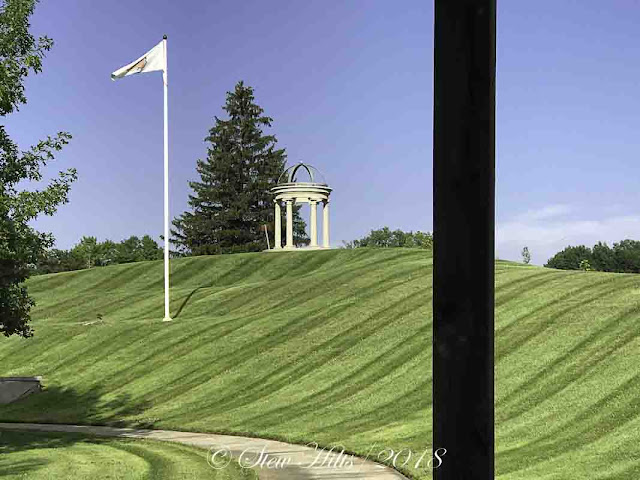 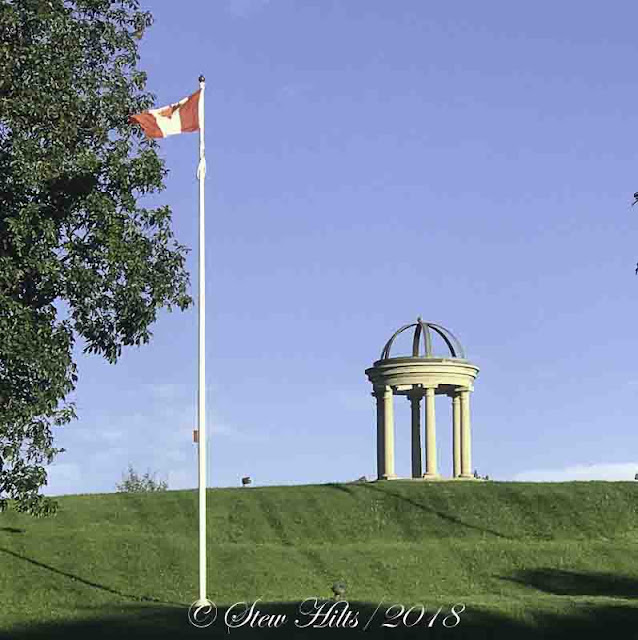 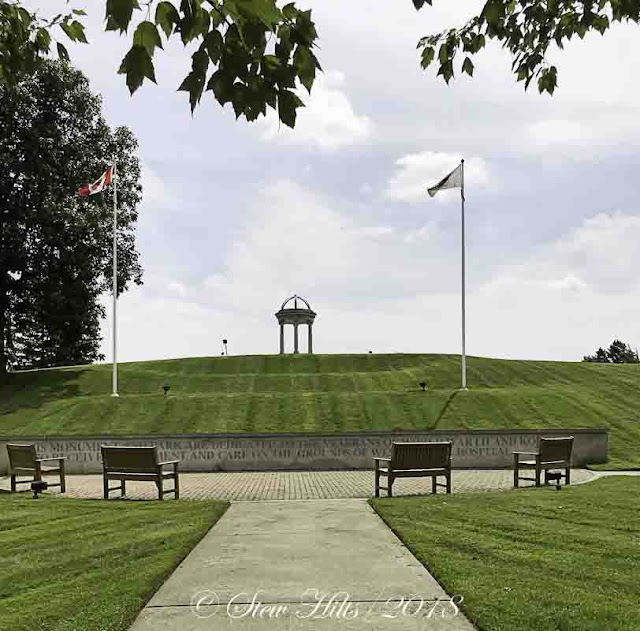 The formal and symmetrical part of this is the rotunda on the hilltop and the semi-circular area below.  This leads directly to the tiny fountain below.  I quote the carved inscription above; the right-hand flag is the Korean flag. 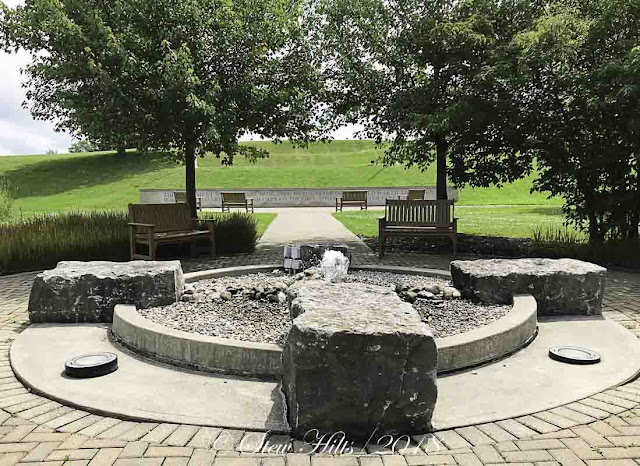 The sidewalk goes straight through to this small fountain.  Surprisingly, although I asked several people, I was unable to get any detailed information about this area.  Apparently it was built fairly recently, and is a popular place for wedding photos, but the veterans don't like it because it hard for them to get up that hill since they're mostly in wheelchairs. 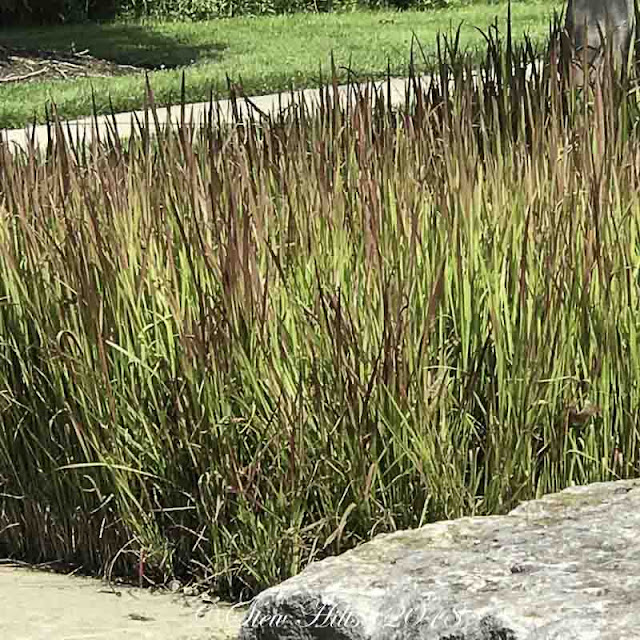 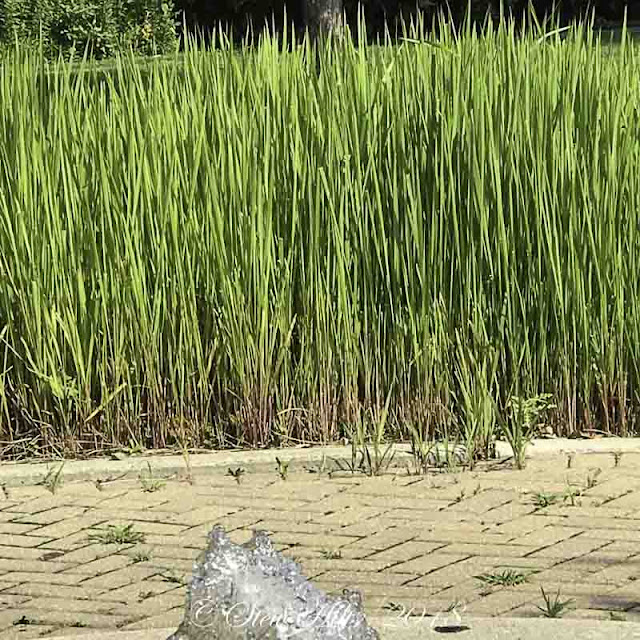 In a band around the edge are some striking ornamental grasses, so far maintaining themselves as pure stands. 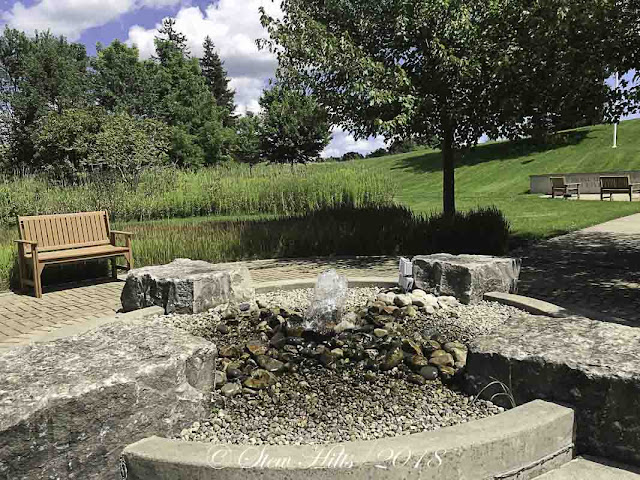 I found this one of the most peaceful places to come and sit. 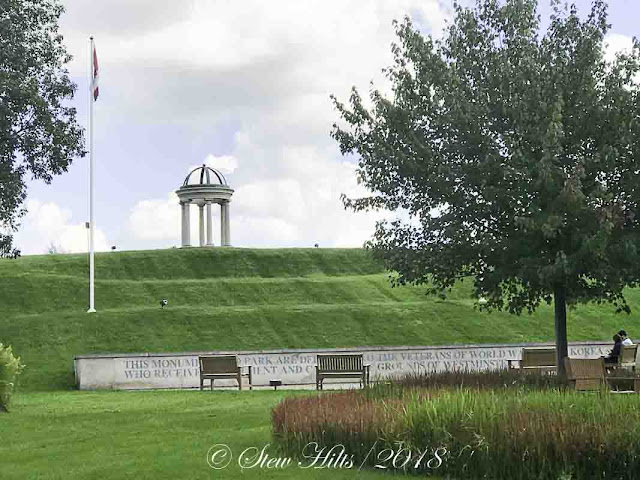 You can see the bands of red and green grasses in this photo.  The fountain is to the right. 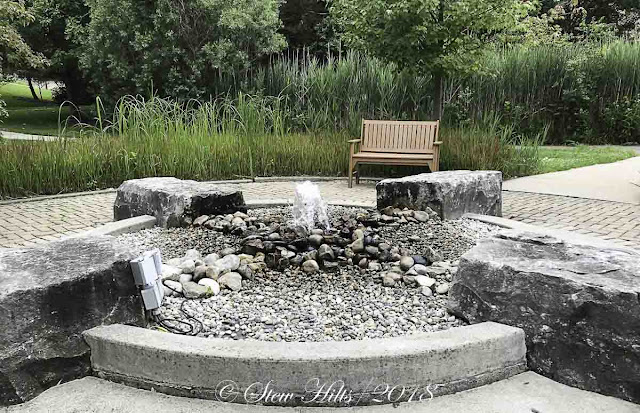 These two photos show the danger of what's happening on the other side though.  Can you see where the smaller stems of Phragmites (also in the back) are popping up among the ornamental grasses?  It spreads by underground rhizomes. 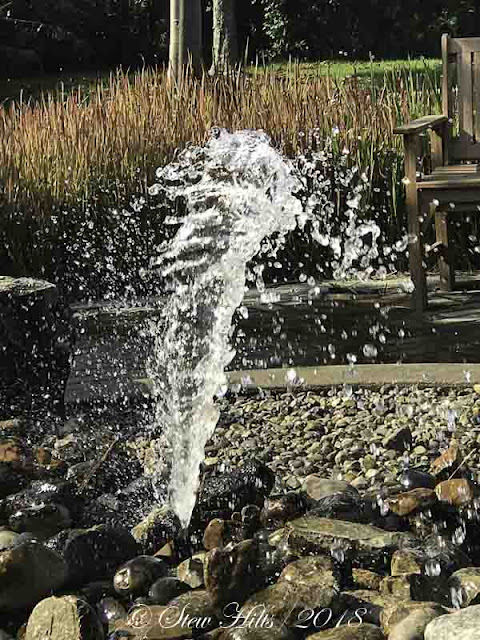 I could sit and watch the fountain for hours.

Saw a few other things too.