On the way to see all those apple blossoms I posted pictures of the other day, we noticed a few other things of interest, so here they are. 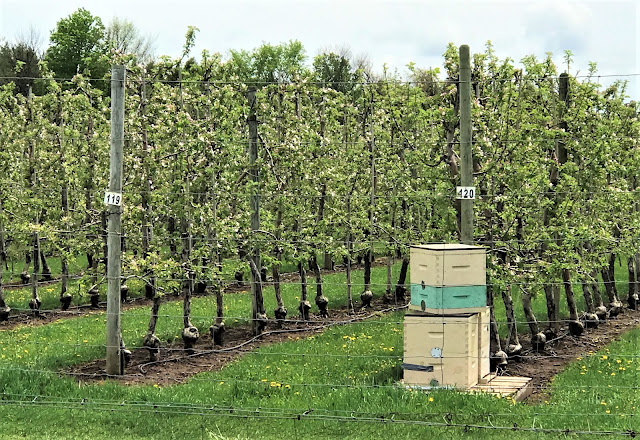 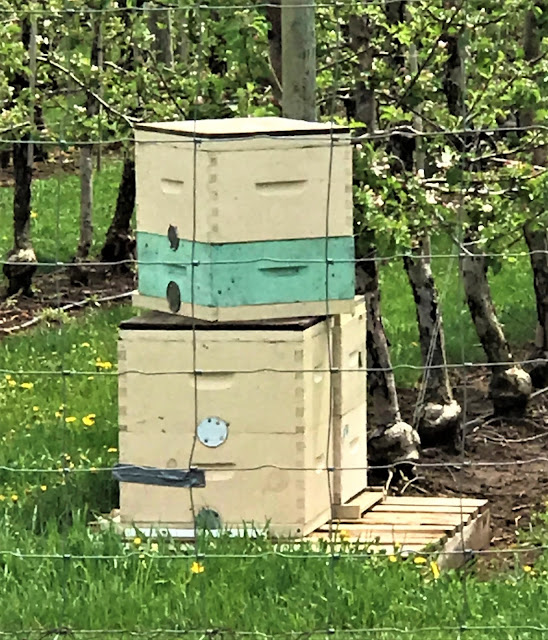 Maybe our timing has just been off in the past, but for the first time we saw beehives at the edge of the big Red Prince orchard.  There were several of them, spaced out along the side of the huge high density planting. 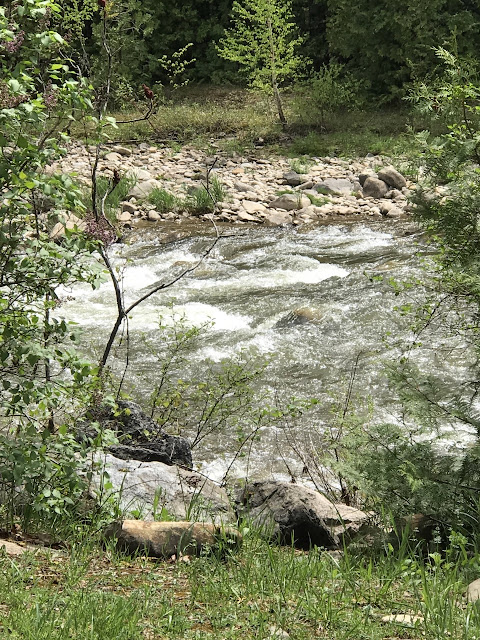 Just as you enter Clarksburg there is a small park at the river's edge.  I suspect it's mainly a fishing access, but we pulled in and tried a few shots of the Beaver 'river through the trees. 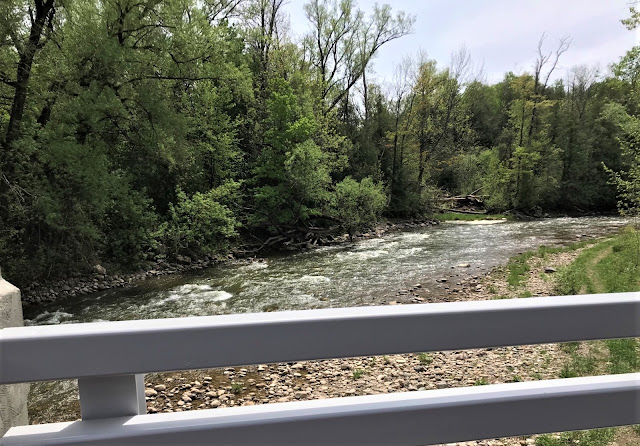 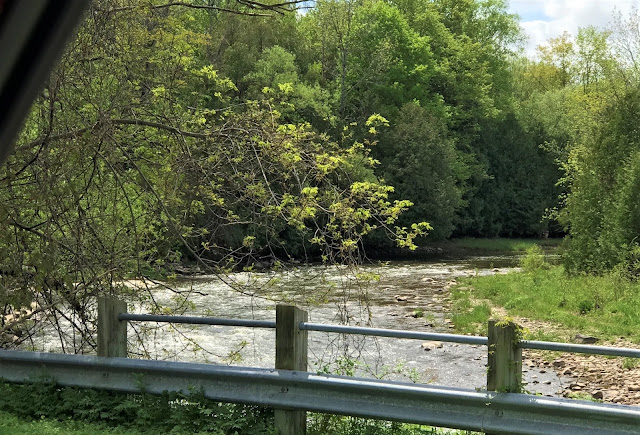 I grabbed a shot as we crossed the bridge and then we pulled in to get another almost identical shot, right beside two plaques which I've never particularly noticed before.  I learned a little history! 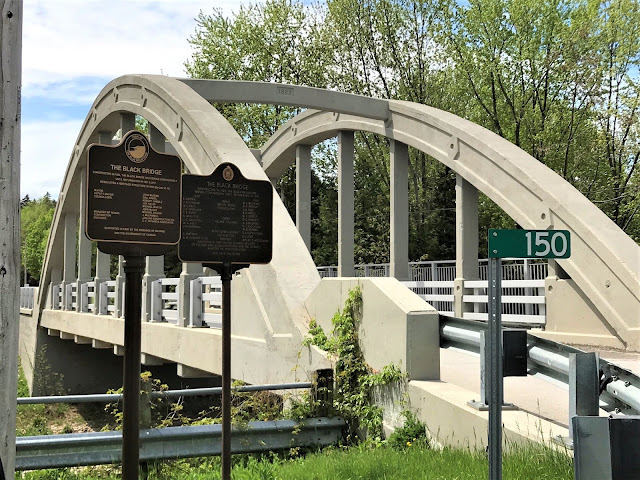 This is the historic Black Bridge.  I didn't even know it had a name.  Built in 1923, it's called a bowstring or rainbow arch bridge, and was a common design after 1900.  The overhead arch supports are relatively rare.  Such bridges are increasingly rare, in part because traffic has increased wear and tear.  Starting in 2017 this bridge was rehabilitated and a sidewalk on one side was added.  I'm glad they repaired it rather than replacing it. 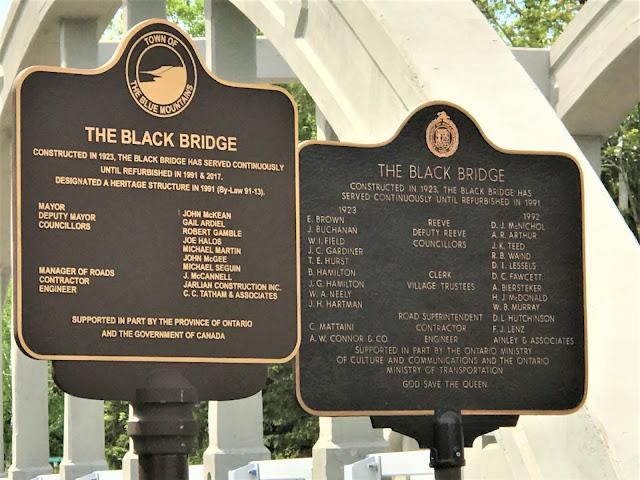 I have been unable to find any information on the name, but all the worthy local councilors who were in office at the time of the original construction, the 1990 repair and the recent rehabilitation are listed. There is no plaque giving any history. 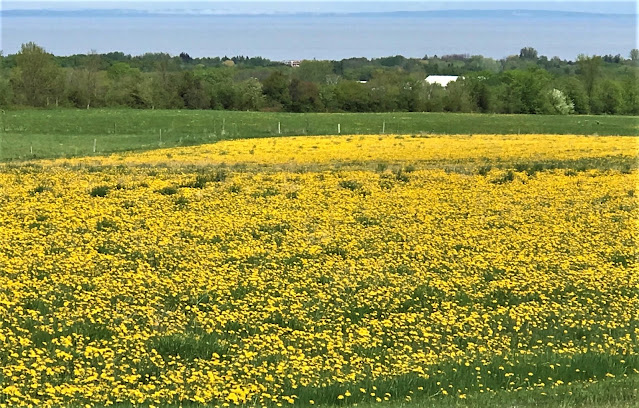 And I'll leave you with this beautiful field of bright yellow Dandelions.  The bees must be happy!