It's Hay and Cattle Country Too!

Grey County is also the number one producer of hay in Ontario, and the number two for cattle, primarily beef cattle.  So as you drive around the landscape you see a lot of hayfields and pastures, with a variety of breeds of beef cattle munching away. 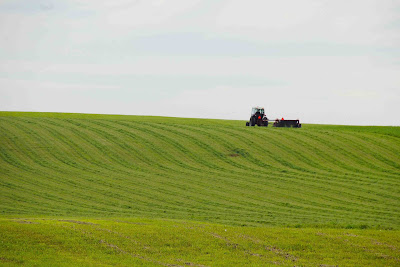 The last of the hay is being gathered in.  I've watched this field over the summer, and this is the 3rd cut of hay the farmer is getting - mostly alfalfa at the end of the season rather than grasses.  But a 3rd cut is unusual around here, made possible by the summer's continuing cool weather with plentiful rain. 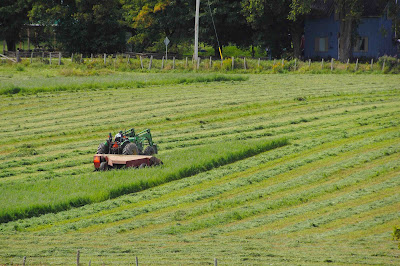 This I think is a second cut, and the farmer is nearly finished cutting the hay, hoping for the hot weather of the last two days so it can dry in the sun a bit I expect. 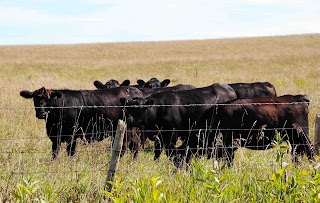 This herd of black Aberdeen Angus is just down the road from us, and they all stopped for about 5 seconds to look at me, then went on munching! 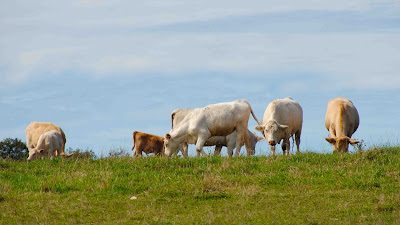 And down the other road is a herd of Charolais, on the crest of a hill a little ways off when I took this picture.  All part of the farming landscape of Grey County.
Posted by The Furry Gnome at 8:26 PM