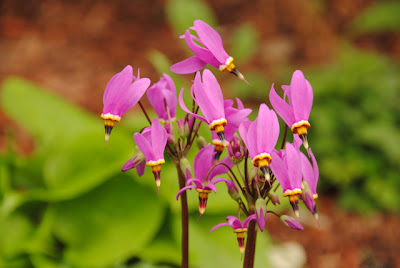 May and early June is the time for gardening.  You could be out in the garden all day every day and not keep up with everything we want to do.  We're still expanding the garden, bringing in triple mix, manure and compost to build up an otherwise largely useless clay soil.  And for the veggie garden at least, we're building raised beds.  And we use tons of mulch, either the free leaves from across the road in October, or I buy it by the trailer load.  It works!  We're left with a largely weed-free garden as long as we load it up with mulch. 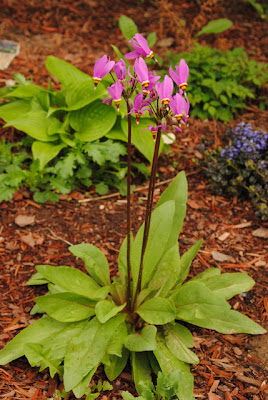 This year we have several new plants, after expanding the garden last year.  In fact every year we just can't seem to resist buying more new plants.  But this is my favourite among them - shooting stars.  It's an ephemeral spring flower that blooms now; the one we have is brilliant pink.  About a foot tall, it has numerous blooms at the top of two or three stems, over a basal rosette of leaves.  A close-up of the individual flowers, below, shows how colourful they are. 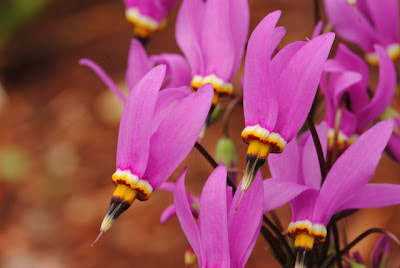