Winter Views Around the Valley

As I try to capture the landscape around the Beaver Valley with my lens, I've discovered that it's not at all that easy to get a photo that really portrays this countryside well.  The human eye sees small pieces of the whole picture, and can zoom in on a particularly attractive part of the view, but the camera isn't as flexible.  I've also discovered that it makes a big difference to get your pictures on a sunny day in the winter, of which there are few!  Here are 3 favourite views I've captured this winter, which I think do make good pictures. 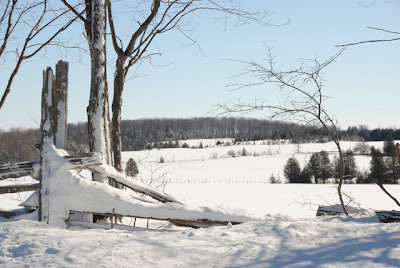 The first is a view across open fields taken on the 4th Sideroad, with the old cedar rail fence and a maple tree along the edge of the road in the foreground.  I think the depth in this photo as well as the framing and lighting make it good. 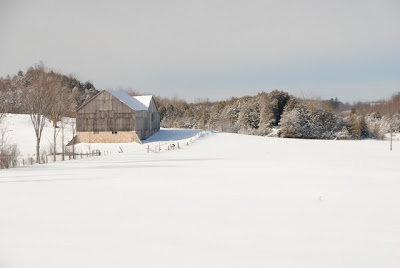 This is a barn south of Walter's Falls, like many of the older barns, no longer part of an active farm with a house, and not being used in the winter except perhaps for storing hay.  Again, the lighting, the wide open white field in front, and the barn itself make this a nice view. 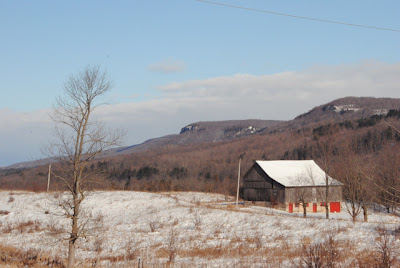 The last is a barn in the valley, on the north side of Bowle's Hill, looking north along the cliffs that mark the east side of the escarpment - the further cliff is Old Baldy, rising above the village of Kimberley.  The barn itself adds a lot to the picture, and again I think is not being actively used - though the doors have recently been repainted!
Posted by The Furry Gnome at 9:06 PM