OK, this picture is a trifle blurred, but you can certainly see that it's a Bald Eagle, perched in a large elm tree overlooking the fields.  It was a beautiful winter's day this morning; the sun was out and the sky blue when I headed to Walter's Falls to meet some friends for breakfast (great place for breakfast by the way).  It looked so nice out I took my camera with me just in case, and did get a few pictures along the way.  Driving back I stopped just to get a view across an open field.  But when I zoomed in a little on the elm tree on the horizon, I thought I saw a large bird - so I zoomed in further, and was convinced it was an eagle.  Only when I got home though, and cropped the picture down to a small area in the centre could I really see the white head and be sure.  So here it is! 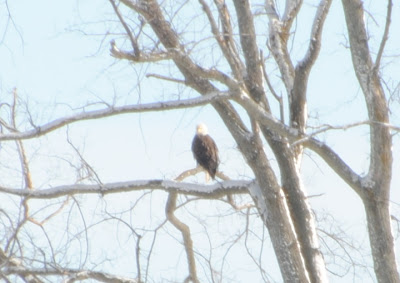 Take a look at this series of 3 pictures below, and you'll see what I saw, starting with a wide open view of the field, and then zooming in.  Comparing the cropped image above to the first photo below will also explain why it's a little blurred - it was a long way away! The location was actually quite close to where I saw a Bald Eagle with other friends in mid January, though that time I had no chance for a picture. 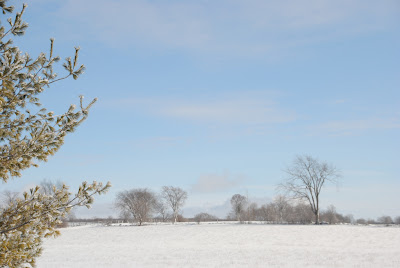 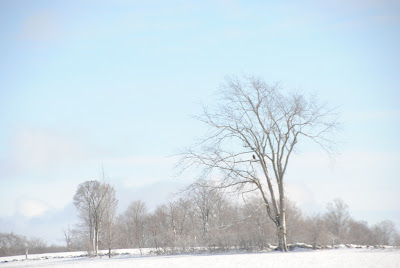 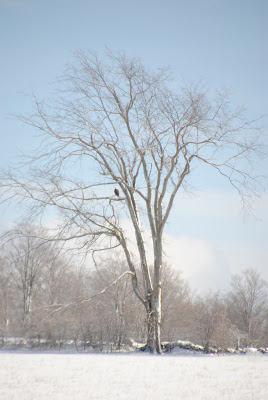