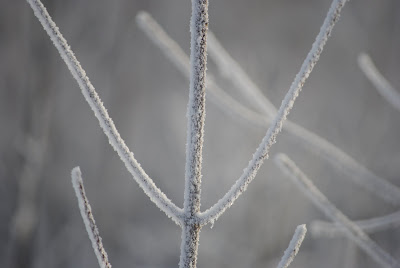 Groundhog Day, and the Big Snow Day, Feb. 2nd. The groundhogs aren't going to see their shadows today, in this enormous winter storm! So that tells us it will be an early spring - if you believe the groundhog. 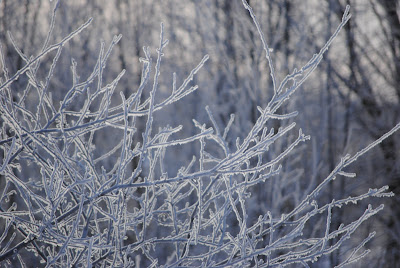 A day or two ago was a beautiful sunny morning with fine light hoarfrost, left the valley dusted with white in the morning sun. But it's tough to capture with the camera what your eye sees outside. 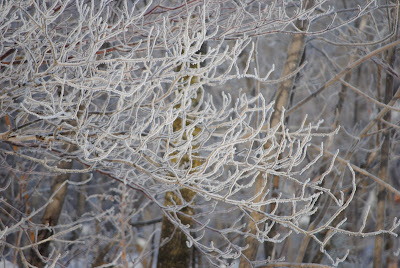 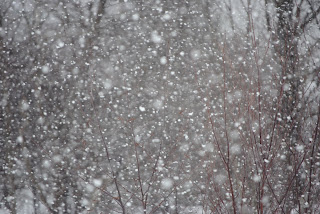 And today the storm left a foot of snow here overnight, sculpted into drifts in places, but swept bare in others. Snow stopped for an hour or two this morning, and then started up again, leaving another few inches - just after I blew out the driveway.

Tried to get a picture of snow falling, but it's trickier than you think. By tonight there will be a good 16" of new snow, at least in places - I still think in inches for snowfall, but I guess that's near the 40 cm. they were predicting.

Tomorrow perhaps I'll get some good pictures; it's supposed to be sunny. Snow appeared to stop in late afternoon, so I took the dog around the loop, but as soon as we started up the snow promptly started again. Ploughs haven't been around since early this morning, so there's another 6 inches to walk through. No fresh tire tracks at all, so it looks like most people are staying home sensibly and taking a snow day. 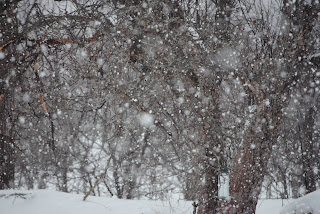