I'm making progress in recovery and getting back to 'normal', while noticing lots of interesting things around town.   I made it downtown to McGinty's Cafe for lunch with my coffee buddies yesterday, so that really made me feel I have recovered, though my voice still sounds sort of croaky. 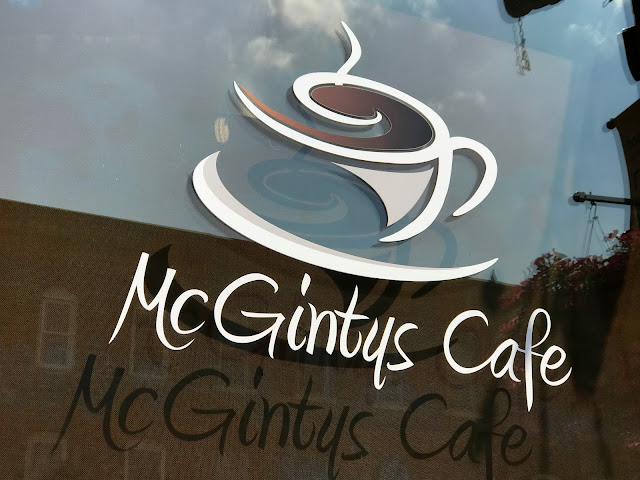 Although there's another lunch place downtown, The Kitchen, it has no indoor dining, so our group has
stuck with McGinty's. 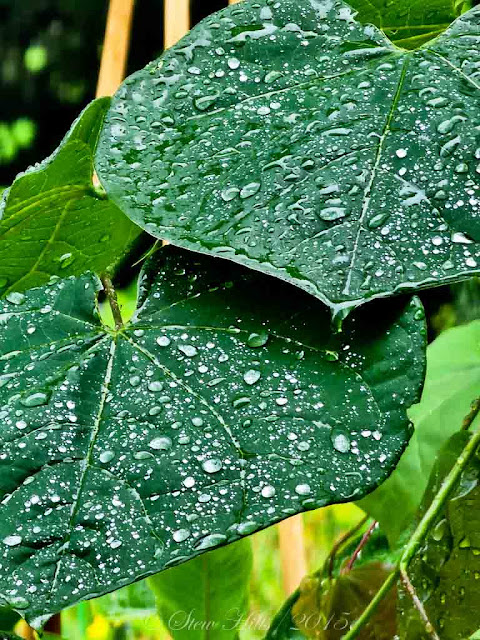 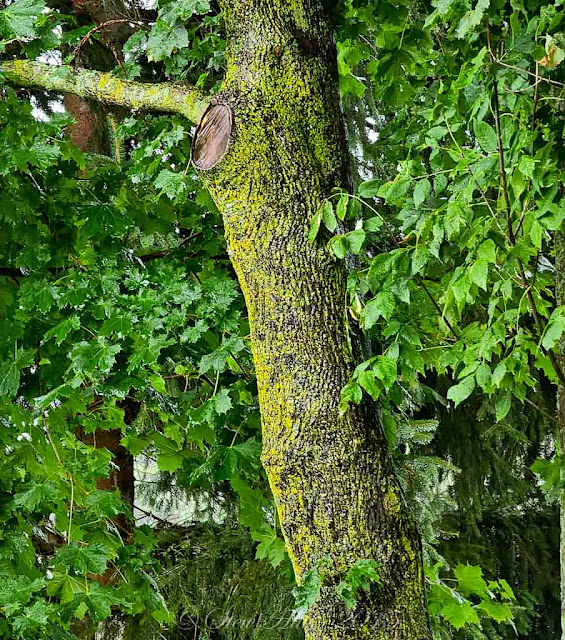 We've had lots of rain recently, so much so that I looked out one day and saw the tree trunks were green with moss.  The Redbud leaves seem to hold the raindrops best. 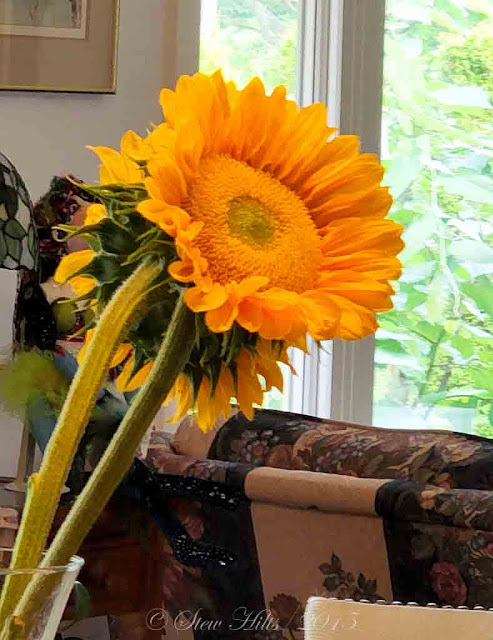 Picking up some fruit and veggies at Goldsmiths, Mrs. F.G. also brought home some bright sunflowers for the dining room table. 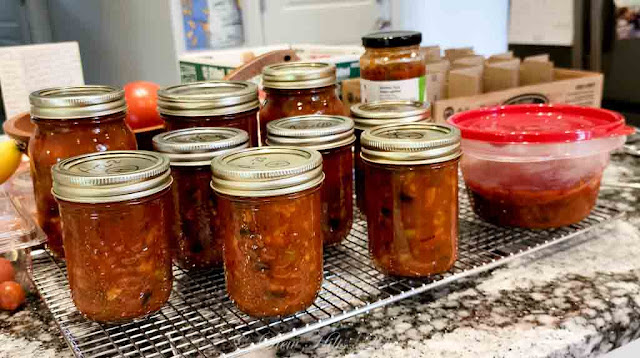 And this is about half of her antipaste efforts from the other day.  Antipaste is a traditional appetizer to start Italian meals, often sliced meat and cheese.  But this is a canned mix of veggies, olives, mushrooms and other good stuff that is simply the best thing I have ever tasted on crackers! 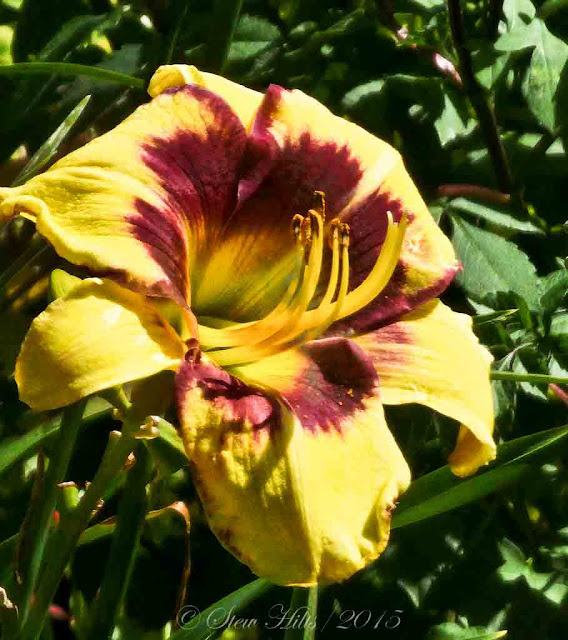 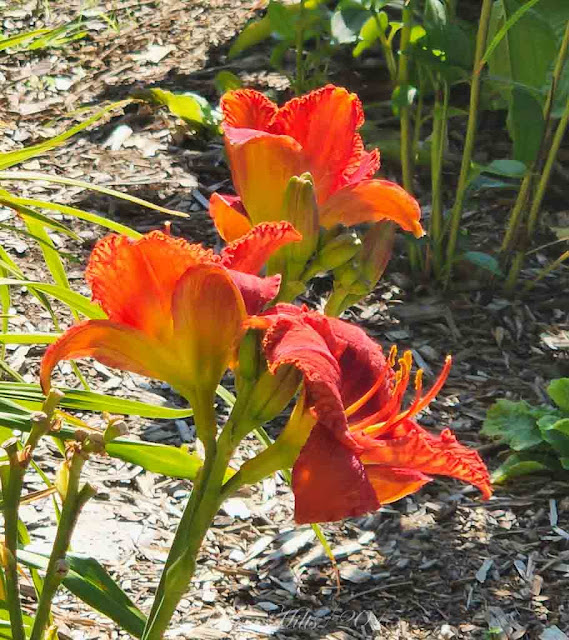 We still have Day Lilies blooming, though only a few each day now. 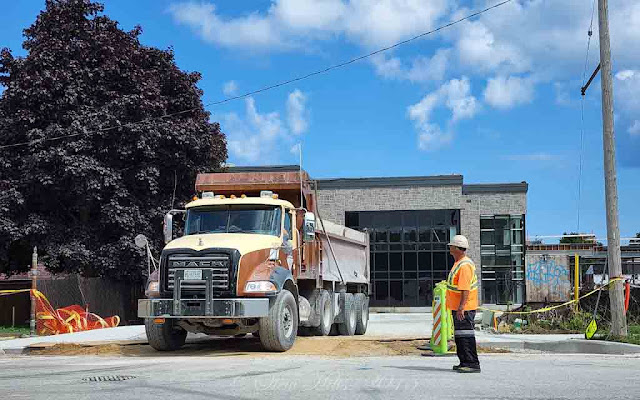 When I go riding along Thompson Street I pass the site of the new Meaford Long Term Care Home.  It's supposed to open this October when they'll begin transferring patients, and admitting new ones.  It's looking like they're getting toward the final outside touches.

They've been using the Rec Centre parking lot to store gravel, and suddenly, yesterday, there are four new piles of gravel or dirt.  I presume they're moving this the block east when they heed it. 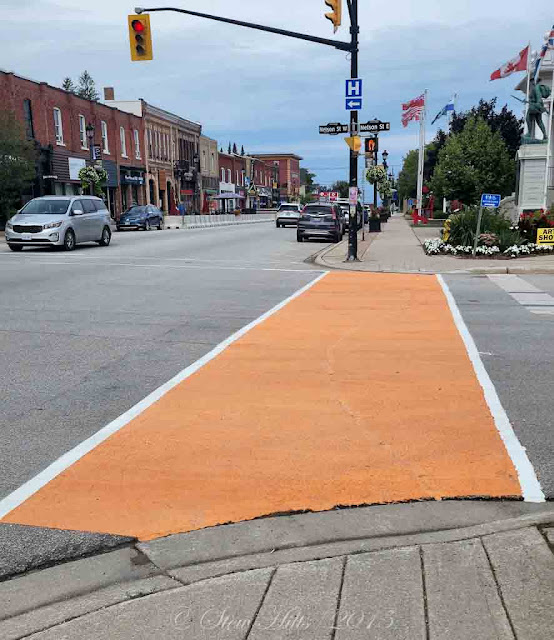 Downtown they've painted the orange background for Meaford's new Indigenous crosswalk, a block north of the existing LGBTQ rainbow crosswalk outside the library.  This one will be finished with a pattern of white feathers. 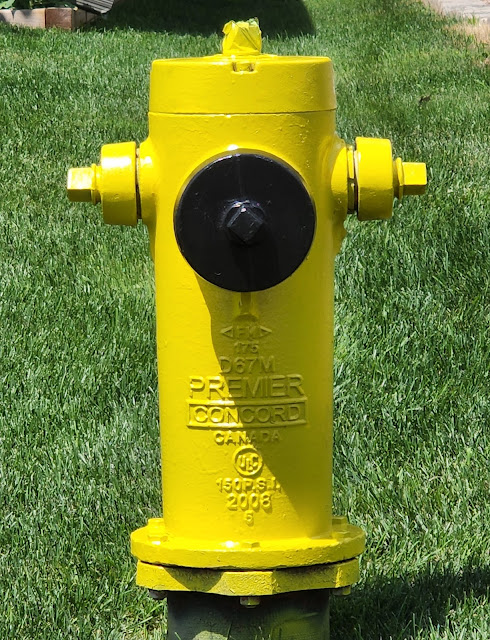 And back on our own front lawn they've painted the fire hydrant bright yellow, one of the first in town to be changed from dark red.  Apparently this follows the new National Fire Protection Association code.  I've seen more and more of these yellow hydrants as I ride around town.
That brings you up-to-date!