The seasons roll on inevitably, and fall has arrived far too soon for me.  I was hoping for a warm September, but promptly on Sept. 1st we woke to chilly temperatures.  I had to be bundled up warm for my coffee group where we sit on an outdoor patio.  But the seasons roll on relentlessly and there are lots of signs of fall arriving by now.

- it's dark by the time my evening PSWs arrive, days are starting to get shorter.

- the garden is winding down with no more new blooms expected now.

- the leaves are starting to fall from the neighbours' White Ash and cluttering the driveway,

- there's a chill in the air, even though the forecast shows a lot of sunny 20C days. 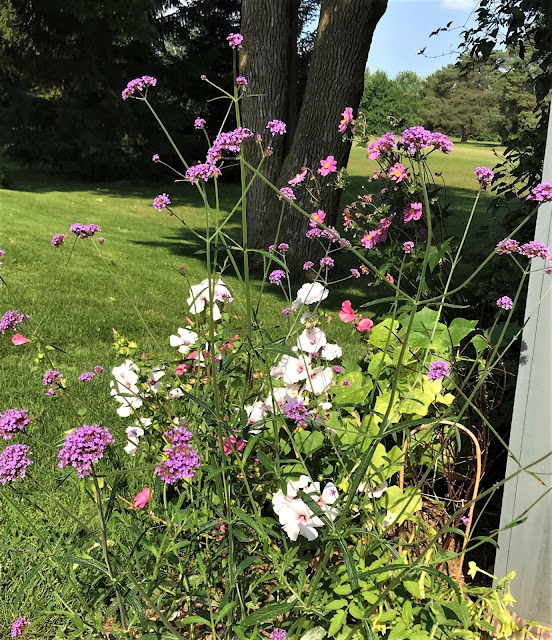 The bright lights among the cooler temperatures are four new plants for us that are retaining their blooms right into September with no sign of slowing down.  Two of them are here, the purple Verbena in the foreground and the white Mallow behind it.  Beyond that are Fall Anemones. 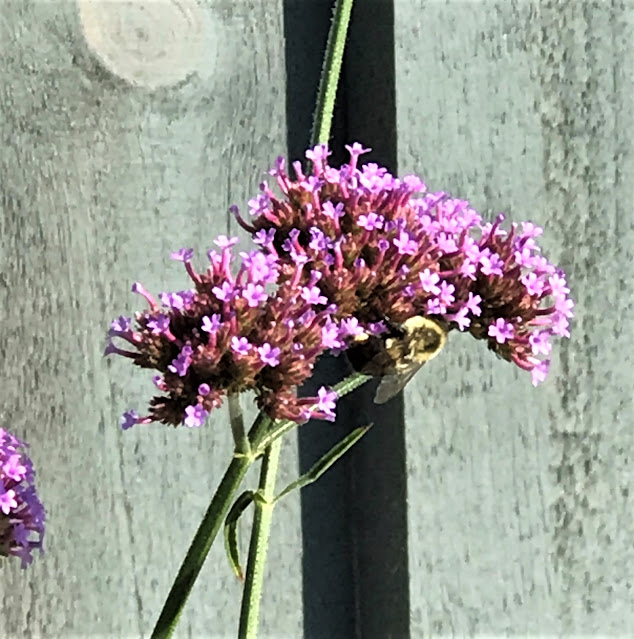 The Verbena flowers are tiny, but a lot of them make for a nice display, and the bees love them! 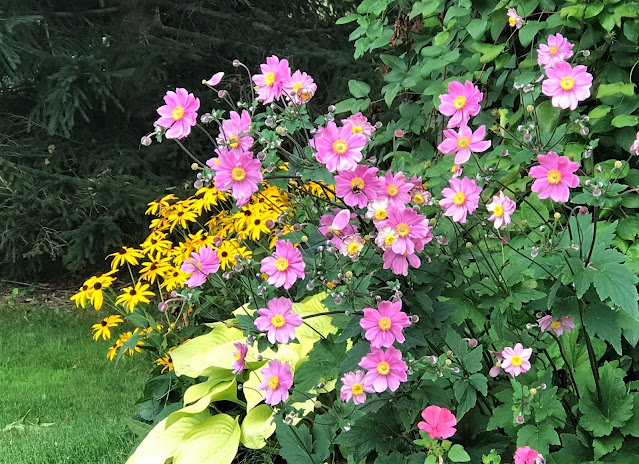 I love the Anemones which we've had for some years, but they seem particularly exuberant this year. 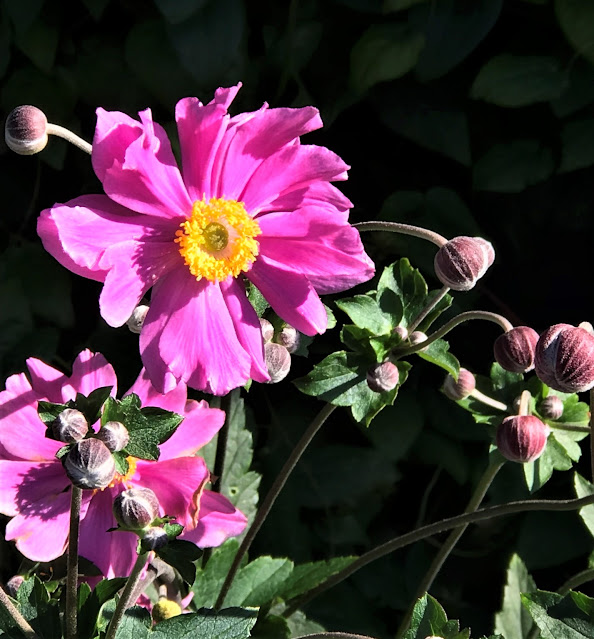 The bids are almost as pretty as the flowers. 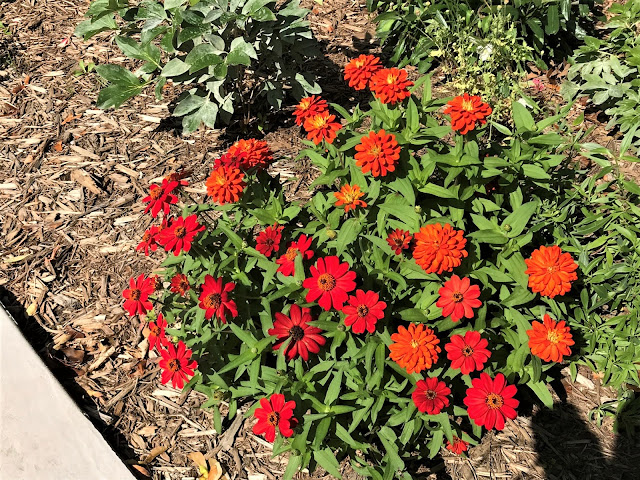 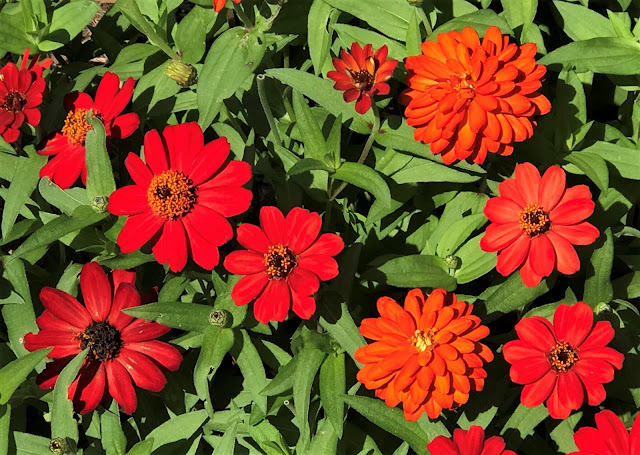 The Zinnias are another success story, with several plants still showing off bright red and orange blossoms.  There are two plants mixed together here, as you can see in the second photo. 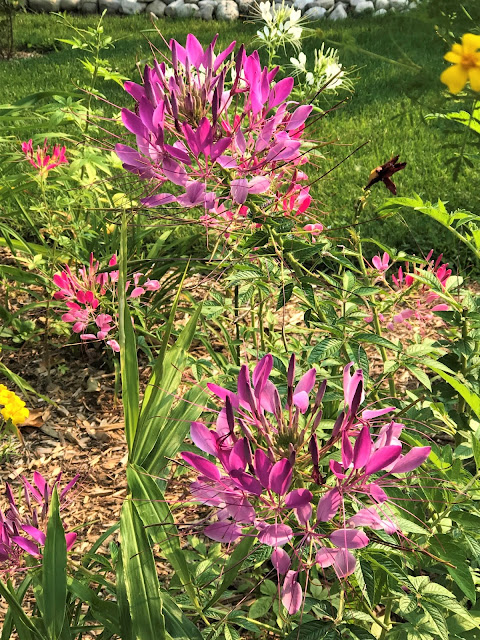 And the best of them all is the Cleome, a very light, airy and pretty bloom, which ranges from white through shades of pink, to pale mauve.  Thanks to Mrs. F.G.'s deadheading efforts a few weeks ago we must have about 20 flowers by now.  We'll certainly be growing more of these next year. 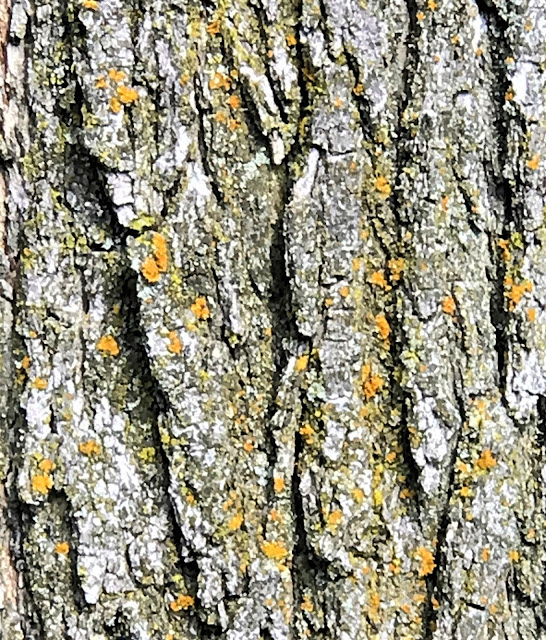 On a totally different note, I was sitting on the patio the other day and for the first time noticed the orange lichens on our Sugar Maple bark.  I've seen this before on older maples. 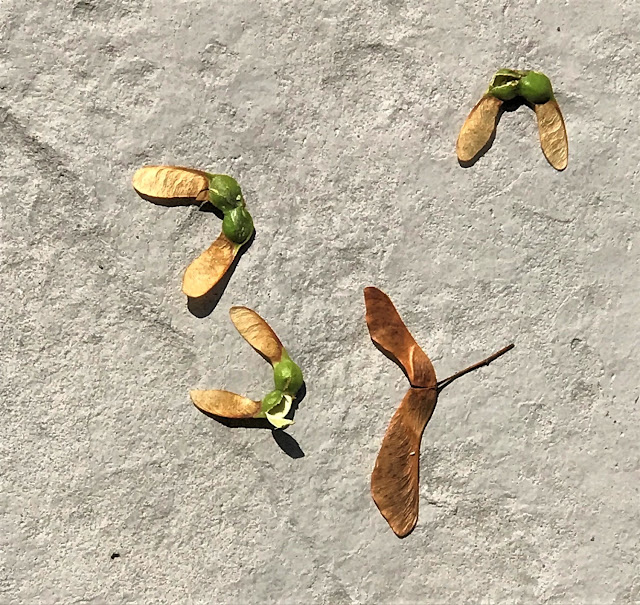 And on the patio beneath me the maple keys were starting to gather, here three Sugar Maple keys and one Norway Maple key - the surest way to identify Norway Maple.