Back in August we also went to Collingwood and decided to stop and see the museum.  We had arranged to meet my cousin for a quick visit out on the pier in Collingwood, but as we left town she sent an urgent message 'No! No! It's next week not this week!'  Well, we were already in the car so we decided to drive to Collingwood anyway, and make an outing of it, which we did.  We did eventually meet her the next week. 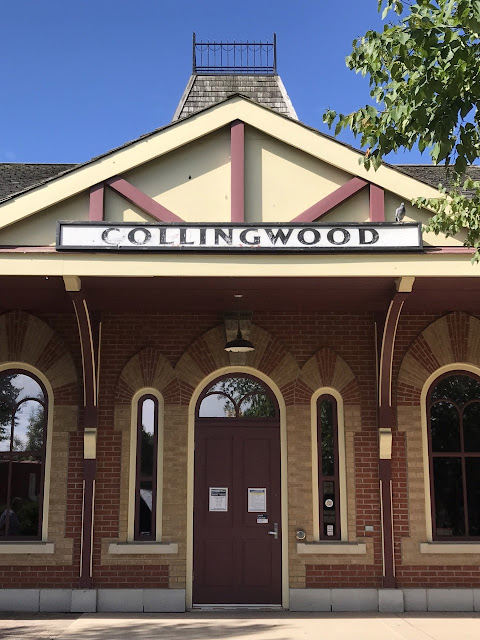 The Collingwood Museum is actually the old train station - alas but it was closed that day.  Never-the-less we looked around outside and enjoyed ourselves.  Some interesting things to see. 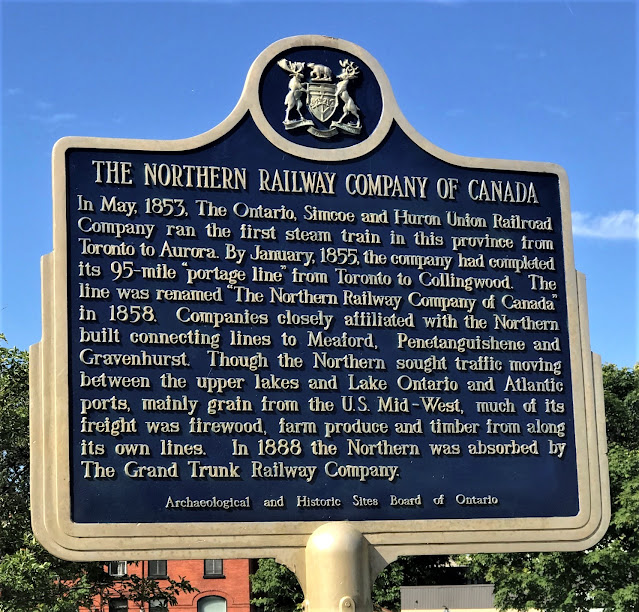 The old Northern Railway ran north from Toronto through Stayner, Collingwood and Thornbury to Meaford where it ended right down at the harbour.  Most of it is the Georgian Trail today.  I've always thought that Meaford, even the Meaford Museum, totally neglects the railway as part of its history, so I was glad to see the emphasis on the railway here. 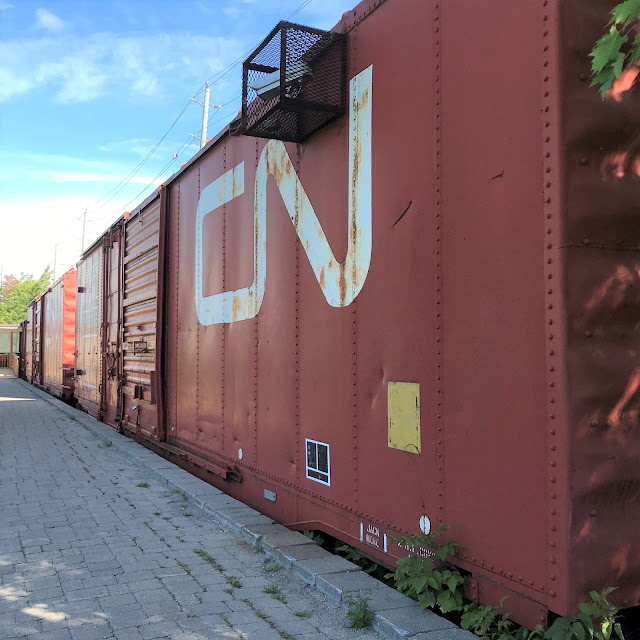 They have three actual boxcars sitting on a siding beside the museum where the original train line was located.  The Northern started life as the Ontario, Simcoe and Huron railway and changed its name after only a few years.  In those early years its nickname was the 'Oats, Straw and Hay' line, for all the farm produce it carried.  Oats was a much more important crop in the days of horses. 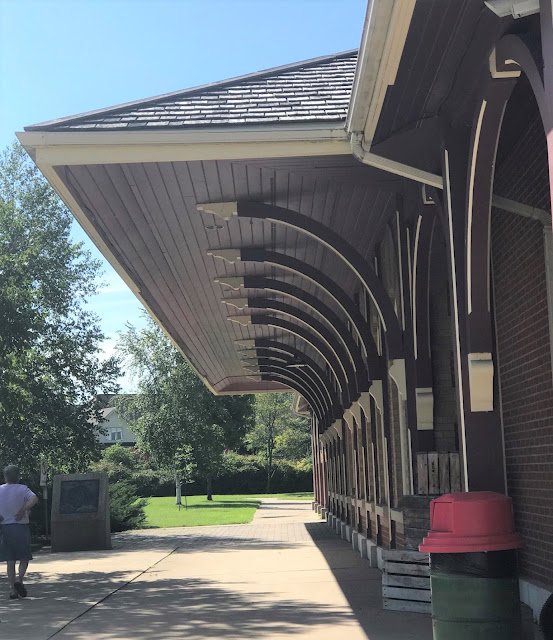 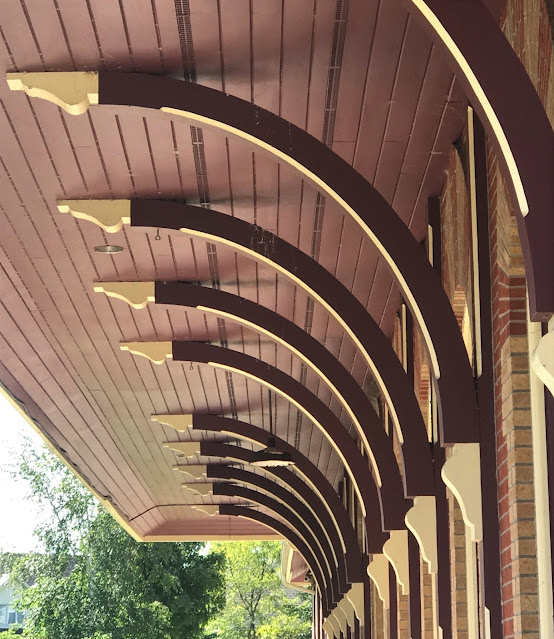 The station has the very typical architecture of all railway stations of that era, with a wide overhand with curved supporting arches, to protect passengers and luggage waiting outside. 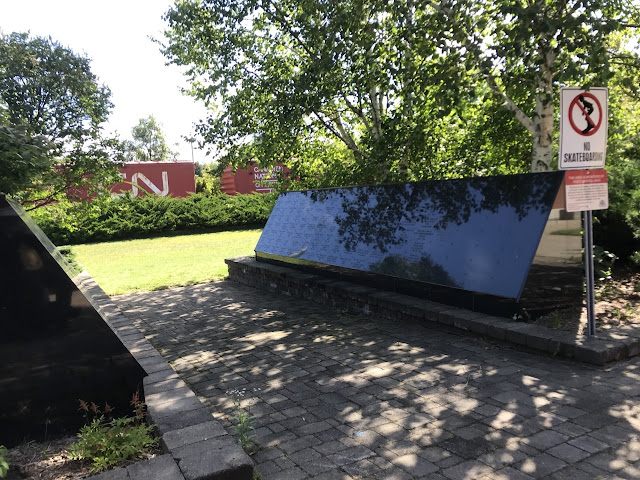 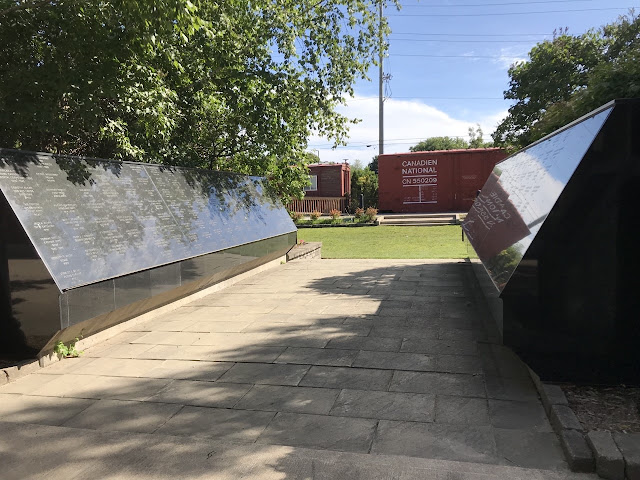 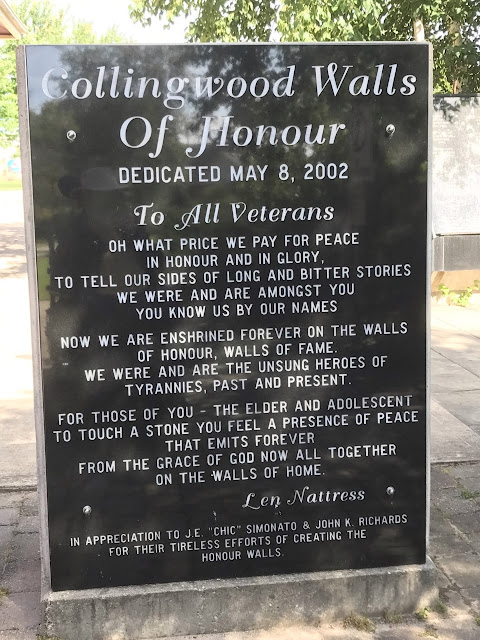 We were surprised to see the local War Memorial here too, a modern version only 20 years old, unusual for small town Ontario.  It's black granite walls remind me very much of the Vietnam Memorial in Washington D.C. 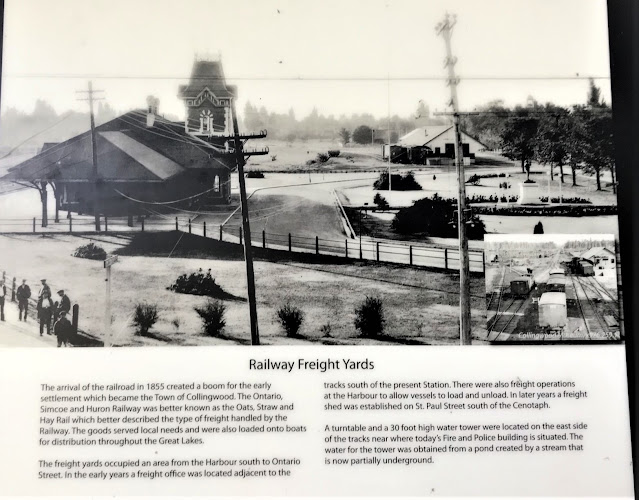 There was also an information plaque outside, telling the story of the railway's freight yards, which were the backbone of this line.  Freight (including the oats, straw and hay) moved both directions here, with farm produce from further south being loaded onto boats and grain from the region being loaded to head for Toronto.
The freight yards extended from south of the station right out onto the pier where the freighters could dock; most of the land where the freight yards stood has now been built on.  There was both a water tower and a turntable.  I'm looking forward to returning when it's open to learn more. 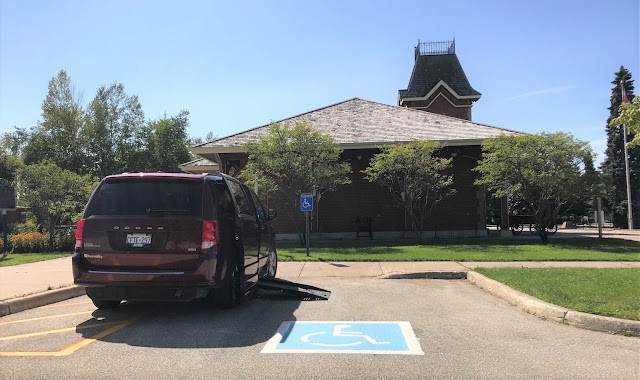 I can't leave without pointing out this CORRECT disabled parking spot.  It allows for a ramp to be extended from the vehicle, and a wheelchair to drive off the end safely.  At least 8 feet is required to get it right!
Posted by The Furry Gnome at 1:48 PM