The Queen's Bush Quilt Guild is hosting a big quilt show at the arena in Markdale, and we've been there enjoying it (and working hard - my wife being one of the chief organizers).  Once all the work was done and we could look around at the displays, it was frankly amazing!  It's still on tomorrow, Saturday, so if you live locally, go and see it!

The 'Queen's Bush' was a large part of southern Ontario first opened to settlers in the 1850's, including all of today's Grey and Bruce Counties.  It became home to numerous English, Scots and Irish settlers, as well as a notable group of black settlers following the 'Underground Railway' north to freedom. 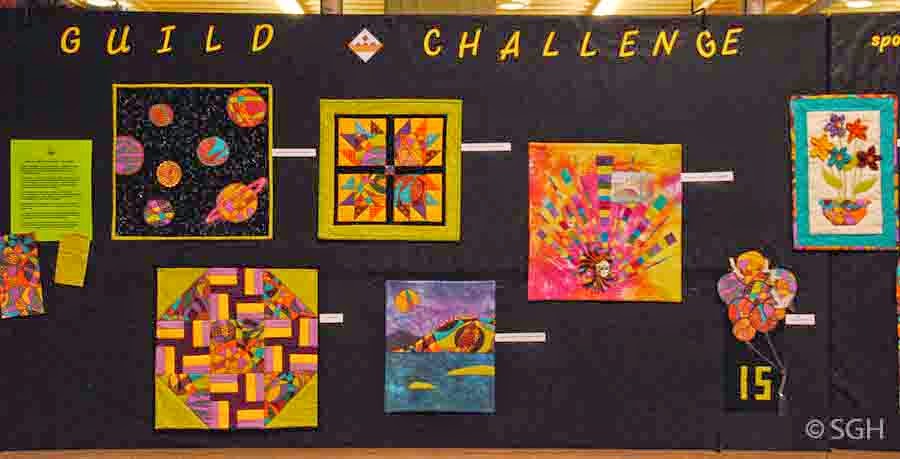 The Quilt Show has a little of everything.  It has the Quilters' Challenge, where quilters receive two specific pieces of fabric, and a set of instructions and have to come up with a small quilt.  These are the varied results; the 2nd from right placed 3rd, and the 3rd from right placed 2nd. 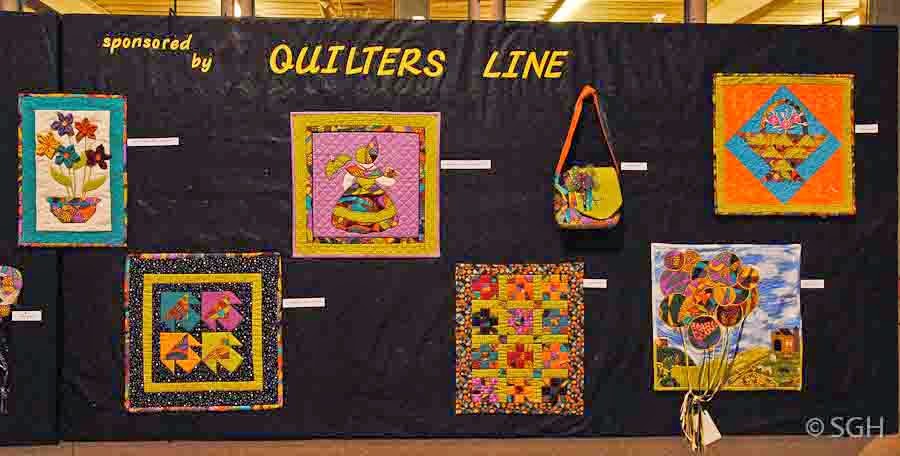 And these are the rest.  This is the only group of quilts that are judged (other than viewer's choice for the whole show), and the 3rd quilt from the left came first! 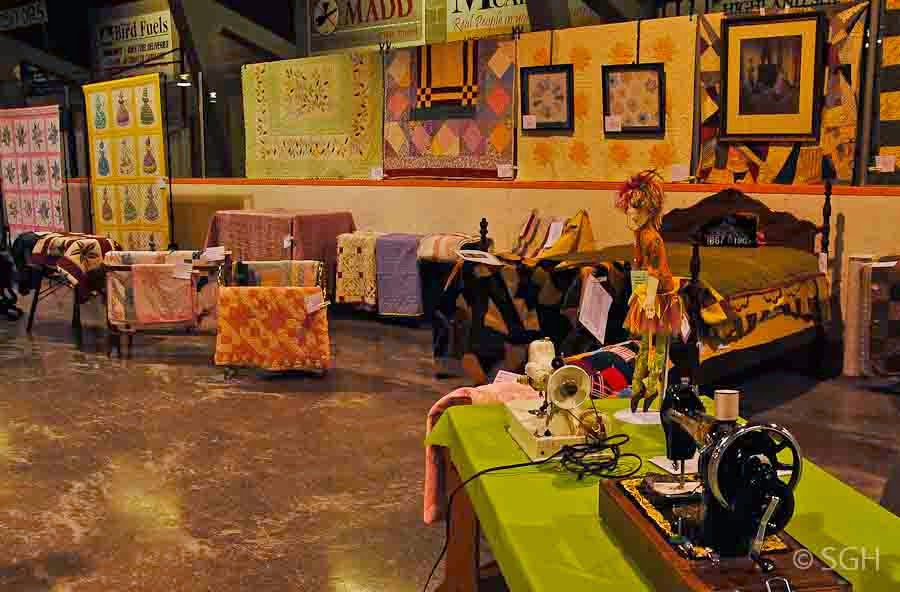 There is a display of vintage quilts, along with an actual bed and antique sewing machines for atmosphere. They disguised the glass around the hockey rink to good effect by displaying quilts.  The quilt in the centre is one of ours. 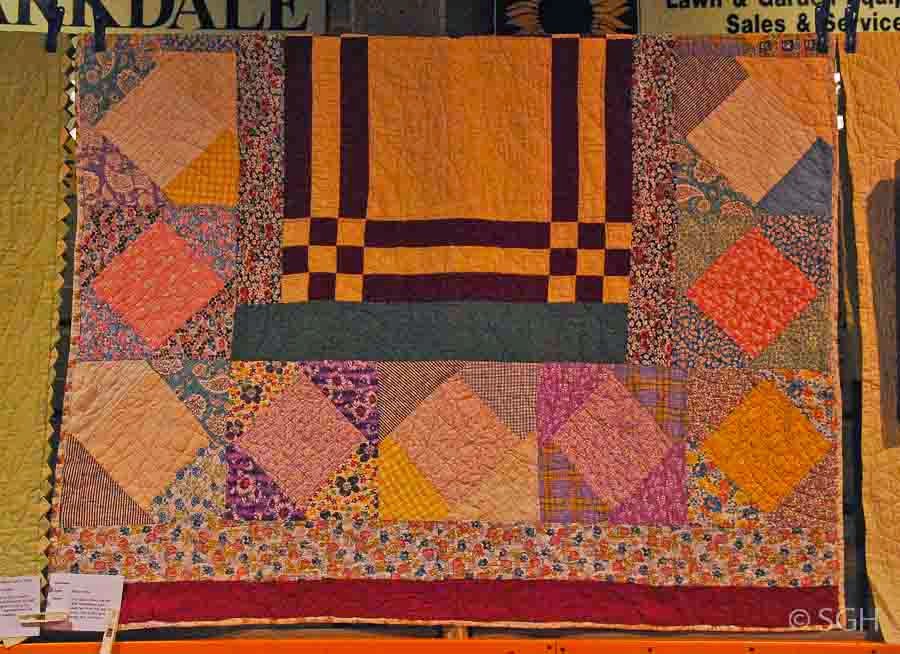 This old quilt was made either by my grandmother or one of my great aunts; I remember sleeping under it as a child.  It must be at least 70 years old. 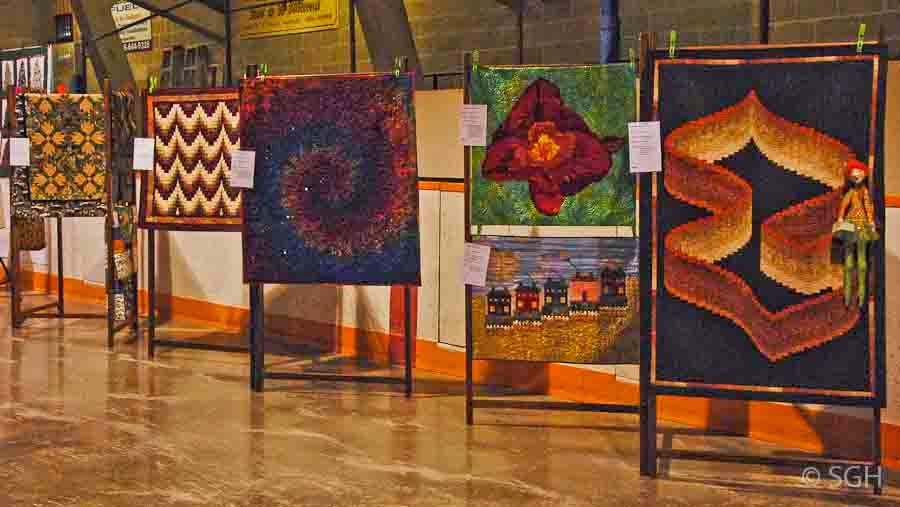 There are large wallhangings, with some spectacular designs. 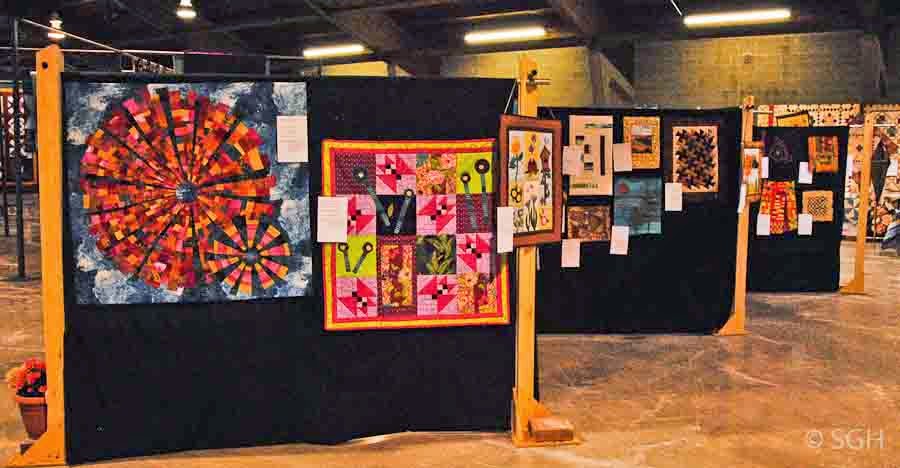 And their are small wallhangings, again with a wide variety of designs.  The one on the left here is by my wife, looks like a bright explosion, and is named after the 'Higgs-Boson particle'.

There's a special dispay of John Willard quilts.  John was a well-known quilt designer and teacher in Ontario who came and ran a workshop for the guild last year.  As you can see, these quilts all came from that workshop.  Sadly John passed away this winter.  That workshop was one of his last. 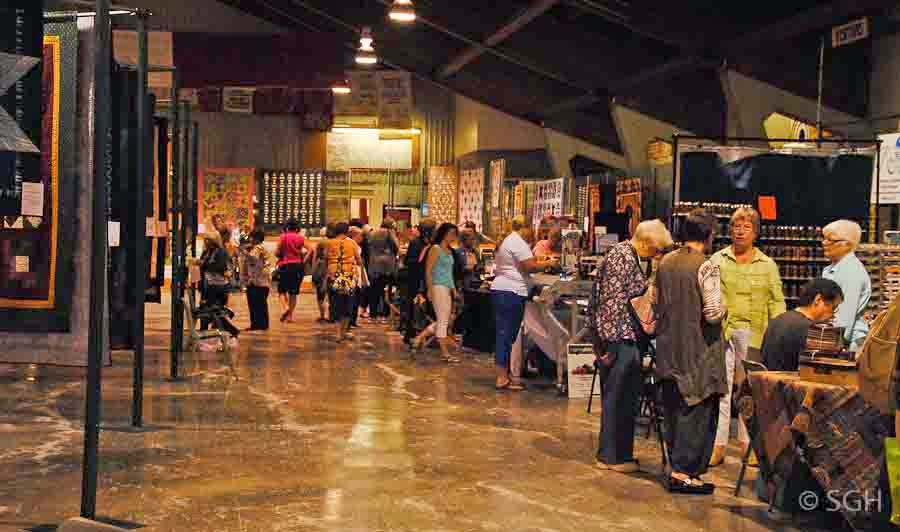 And of course there's the vendors' aisle, always popular at quilt shows.  What self-respecting quilter would attend a quilt show without buying something!  At least a little fabric or thread if not a new sewing machine!

And capping it all off is the big display of 75+ large quilts hanging in the centre of the room.  A truly remarkable collection of artwork from the small quilting guild here in Markdale. 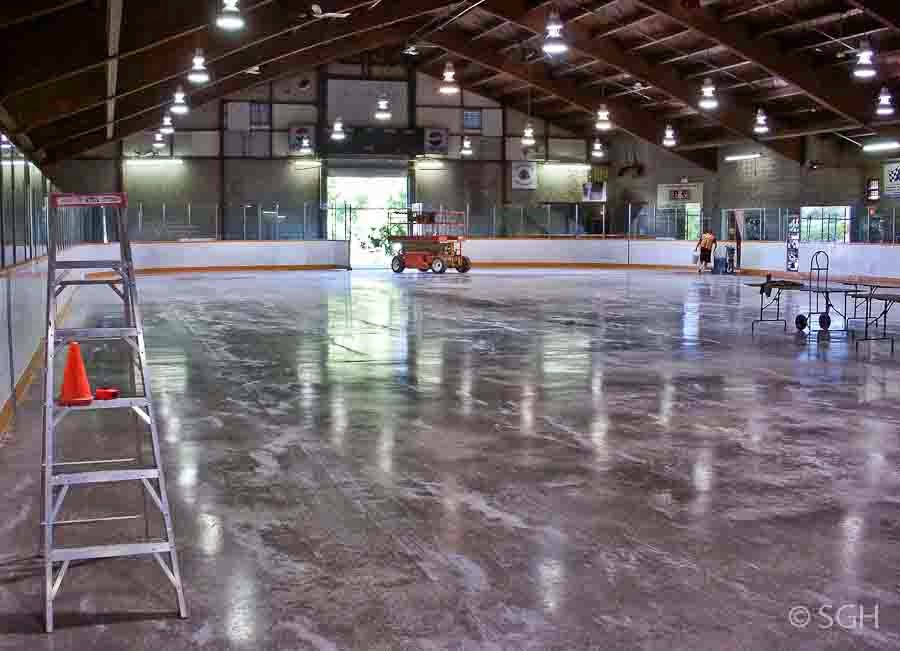 And my role was to help with set-up.  We arrived to the empty arena early Thursday morning and got prepared for things to start arriving. 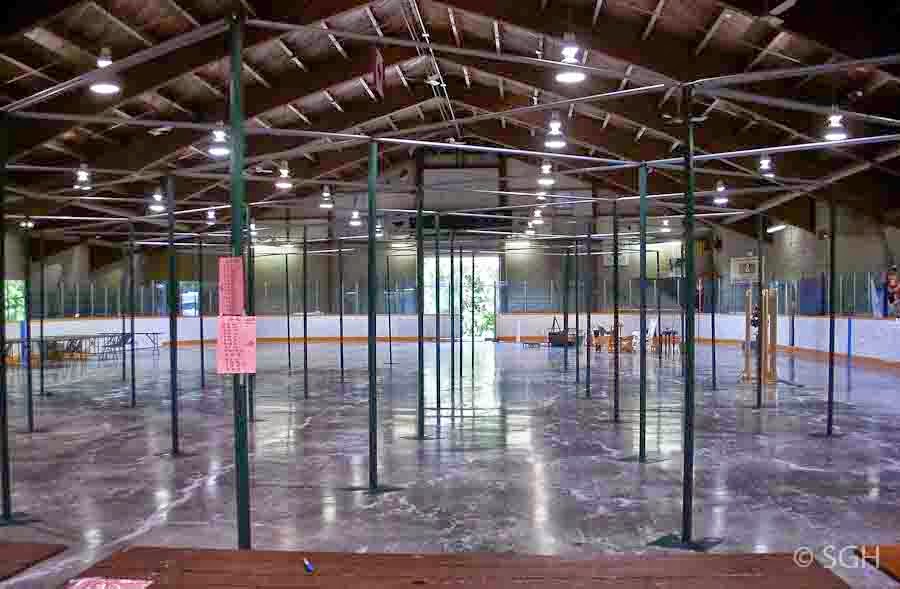 Three hours later a crew of 6 men had erected the big frames in the centre of the room, figuring it out as we went along to a great extent.  But they seem to be working very well. 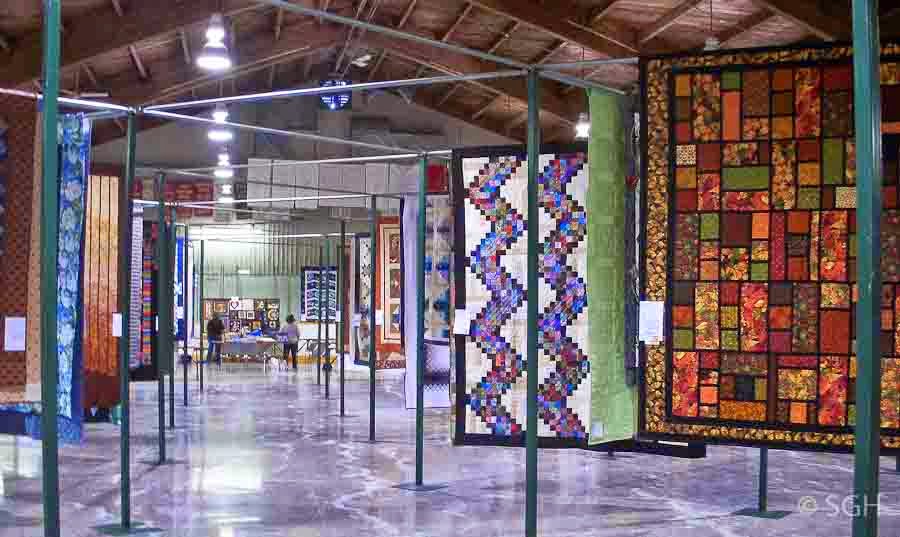 And 4 or 5 hours later, the quilts were hung, diplays and vendors in place, and the formerly empty arena was ready for the finishing touches.  Tomorrow - some of my favourite quilts.