On Tuesday our Photography Group headed out on an excursion to Chantry Island, about an hour north-west of here.  Chantry sits in Lake Huron quite close to shore just off the town of Southampton, at the mouth of the Saugeen River, and it's a bird sanctuary. 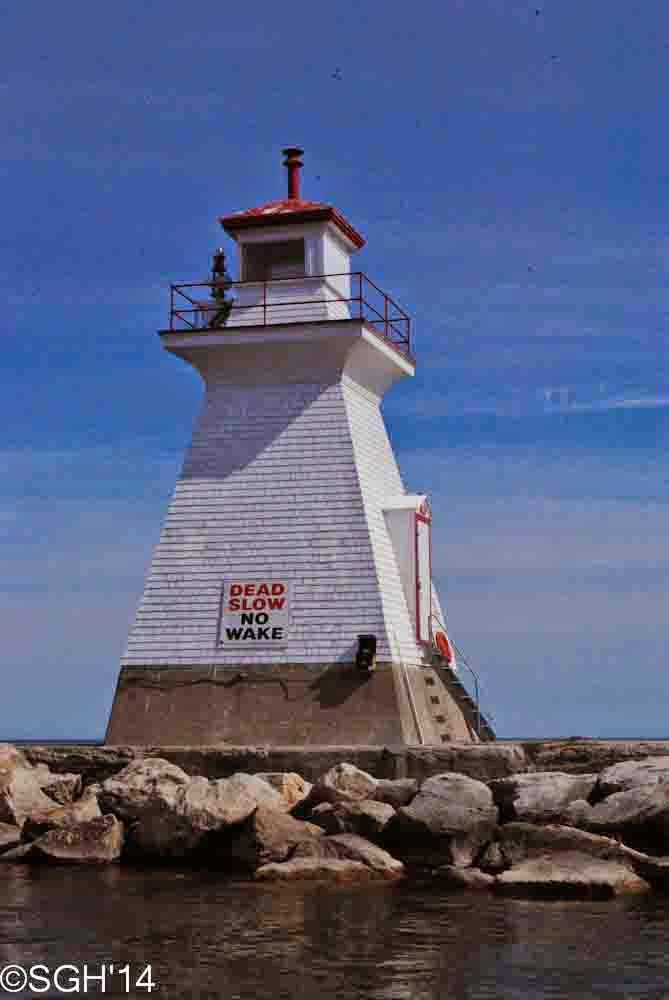 We boarded the boat, went through the safety drill, and headed out of the harbour past this small old lighthouse that guides ships in.  I was astonished to learn that there were 55 shipwrecks within a short distance of the harbour entrance, most of them sailing ships from the 19th Century. 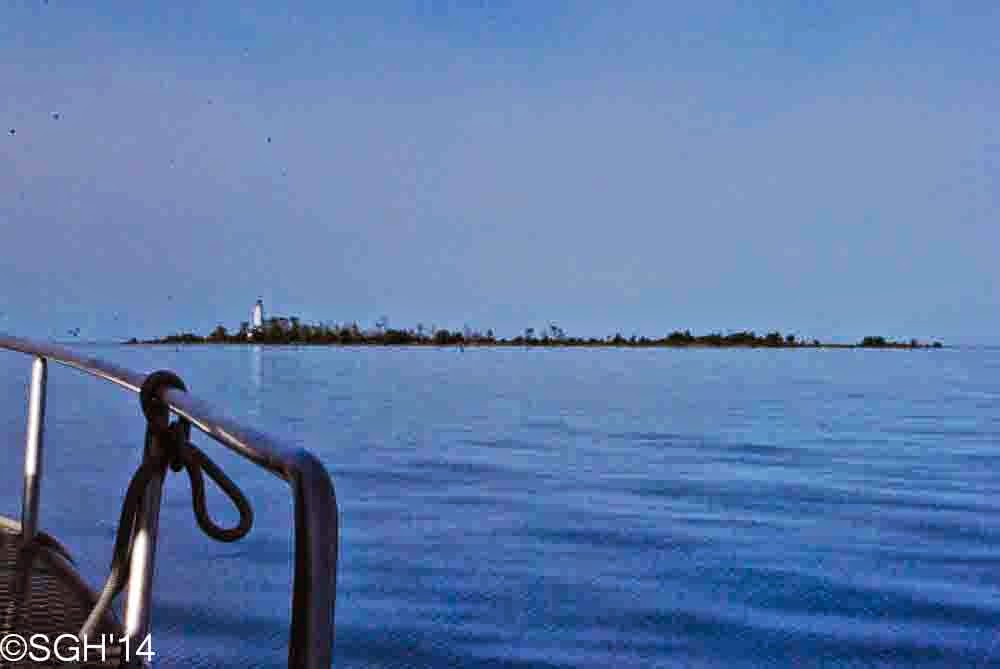 You can see Chantry Island from the shore, and we were soon close enough to pick out the tall stone lighthouse on the island, a landmark since 1859.  There have been more trees in the past, but they have drowned during high water periods. 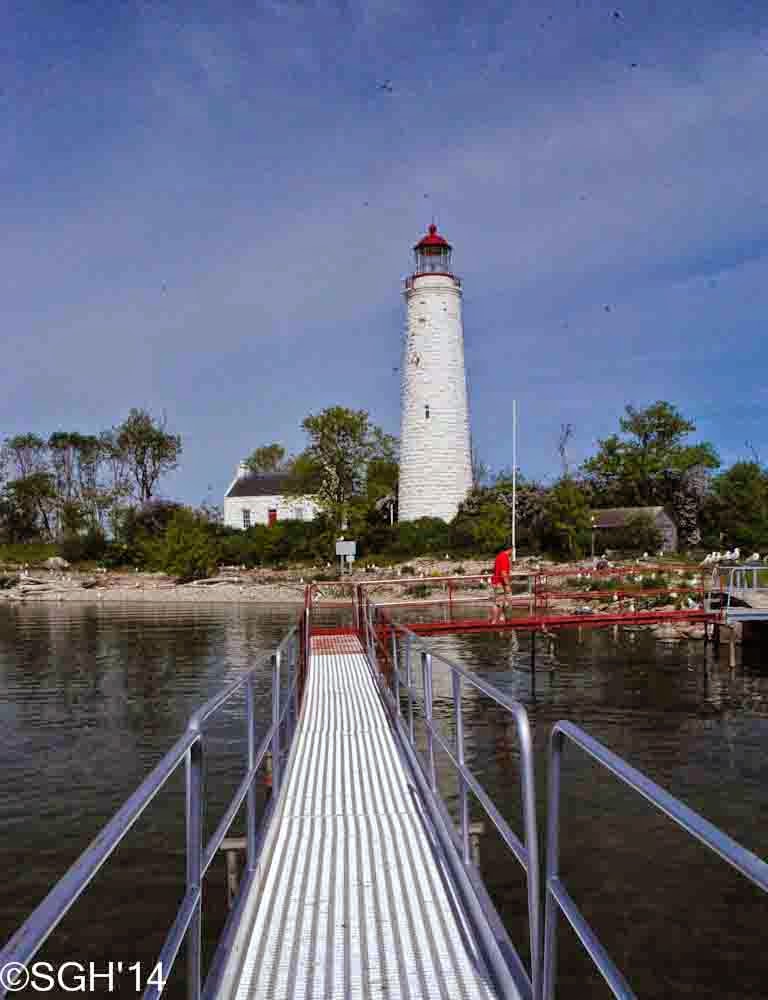 We docked on a new floating dock and after finding our shore legs, made our way toward the lighthouse and lighthouse keeper's cabin, restored in the last few years by the local Marine Heritage Society. 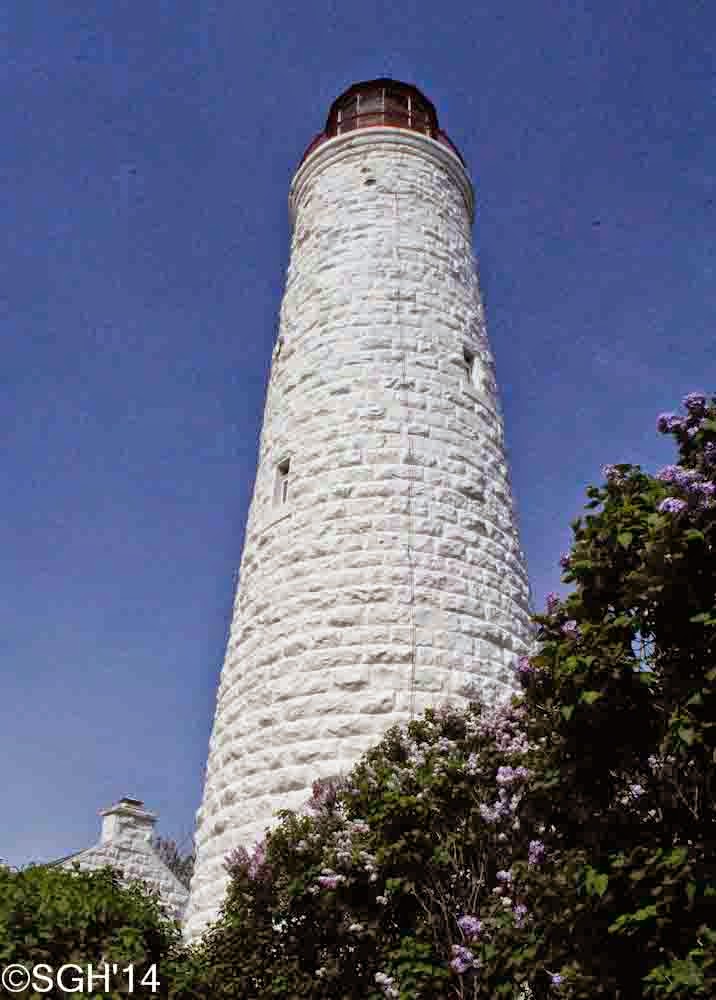 The lighthouse itself is spectacular, and immense as Great Lakes lighthouses go, 80 feet tall and I would guess at least 30 feet across at the base.  It was very important as the rocky shoals extending a long distance north and south of the island made this a graveyard for ships! 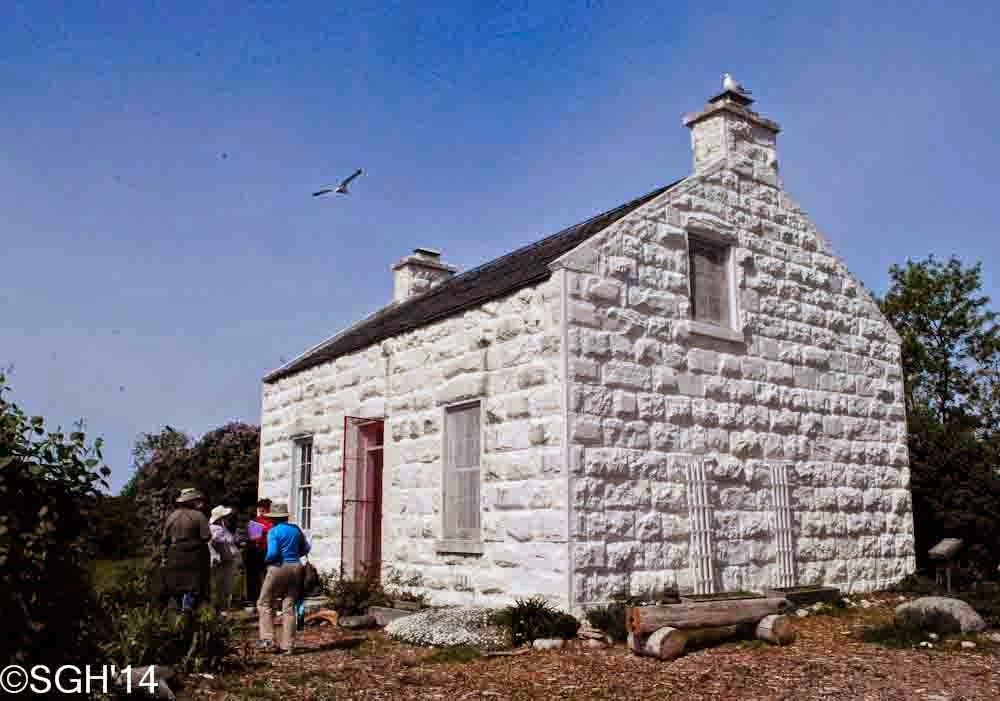 Most of the restoration work has been done on the house, which was a roofless ruin when they began in 1997.  It has been restored mostly by volunteers, staying true to the original building style and furnishings, and remarkably, with no government money.  The tour guides guided us through a good look at both buildings. 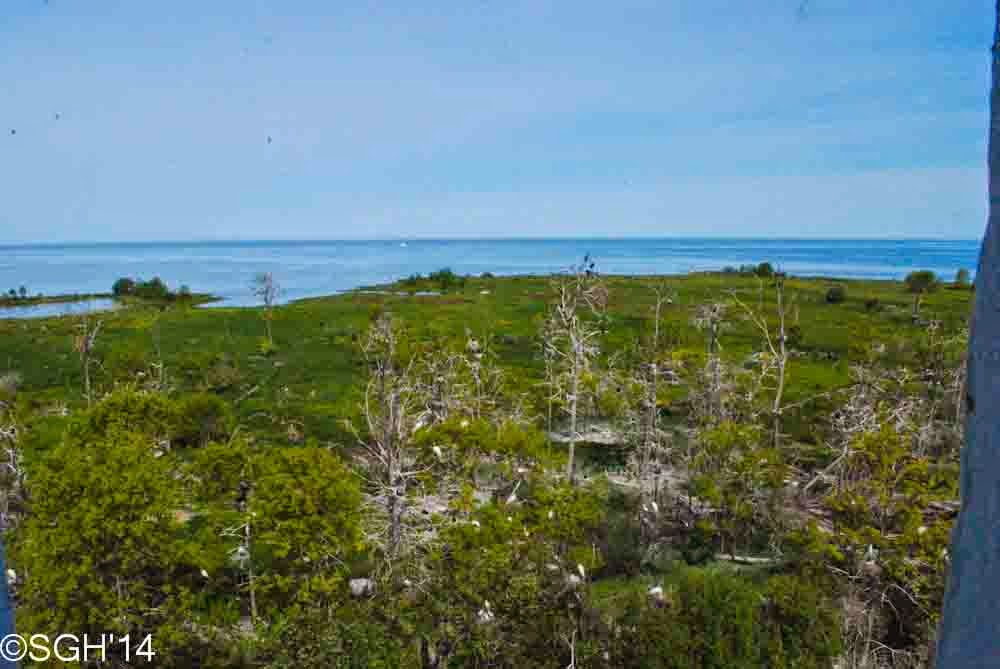 Climbing  the lighthouse we began to see how many birds were on the island.  There were thousands of gulls, and far too many cormorants, but the highlight was the numerous nesting egrets, the white spots that show up in this photo. 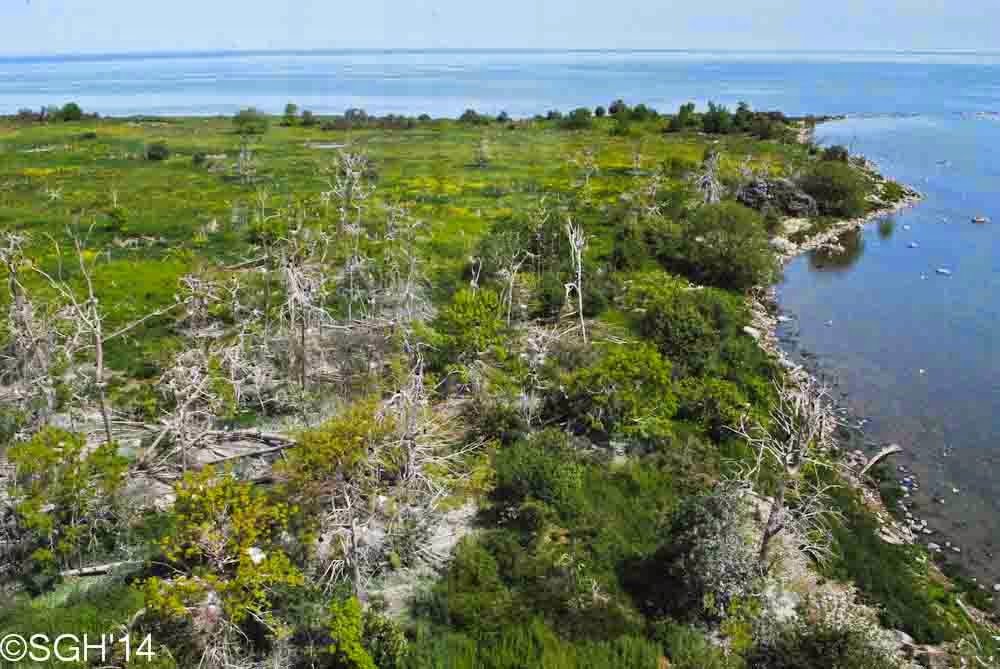 There is some concern that the roosting cormorants are killing off the trees, which both they and the egrets depend on for nesting.  You are not allowed to wander freely, but only in a small area around the lighthouse itself and numbers of visitors per day are strictly limited. 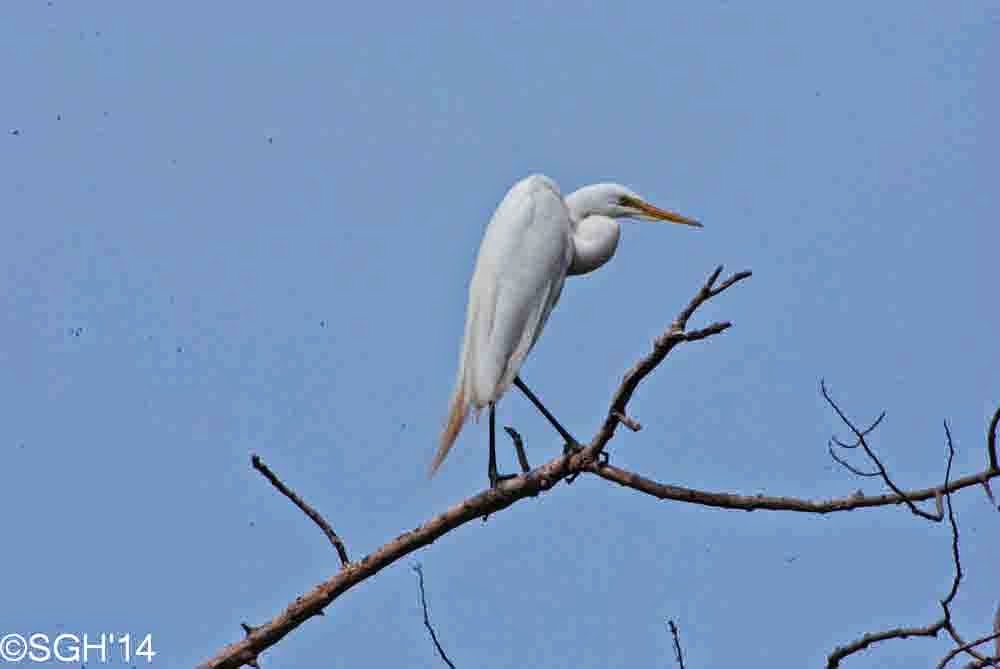 I hung around the back of the two buildings and Great Egrets were all around me.  Every now and then one would land in the open providing a good picture - tomorrow more about the birds.